So... I promise that I actually started this post in December, and then, I don't know, this thing called life happened, so here I am posting my 2017 recap in February of 2018... Could be worse I guess?!

I had a good chunk of it done and I like to recap on the year for my own records, so am finishing it up despite not much point several months late. The TL,DR version would be that I finished my first 100 miler! And the longer version is below... (and still not actually "that" long because, well... February??).

I started off the year with a pretty awesome trip to Houston to run the Chevron Houston Marathon. The race itself went kind of horrible (thanks to 75 degree temperatures with 95 percent humidity), but I had a blast meeting a bunch of my "online internet stranger friends" in real life! 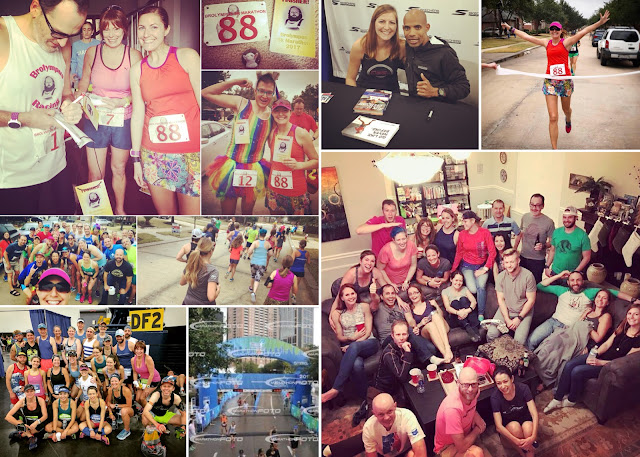 My winter months are typically fairly slower paced and February definitely reflected that. The one major highlight of the month was running a good chunk of the Moab Red Hot 55K course as the course "sweeper". 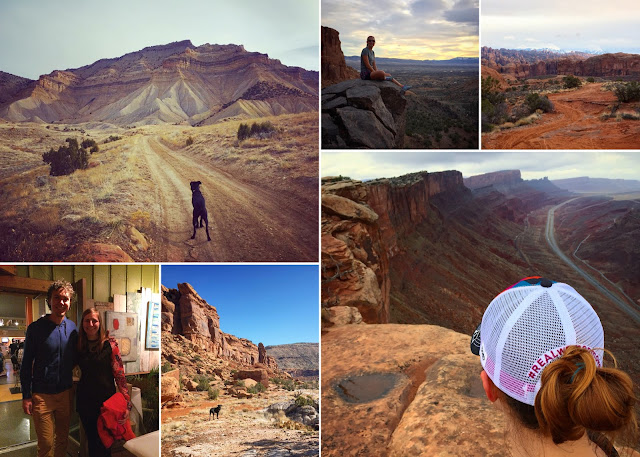 In March I ran Canyonlands Half Marathon for another year, as well as started training for June's Revel Rockies Marathon. 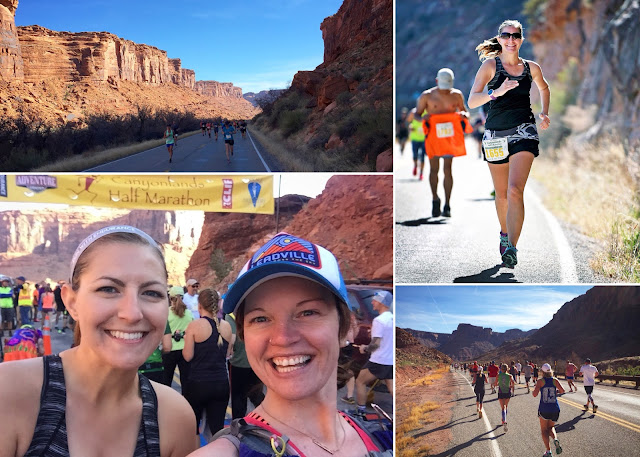 I ran a new race in April - the Amasa 15.5 mile trail race in Moab. It was a beautiful course and I had a blast exploring a new trail in Moab! 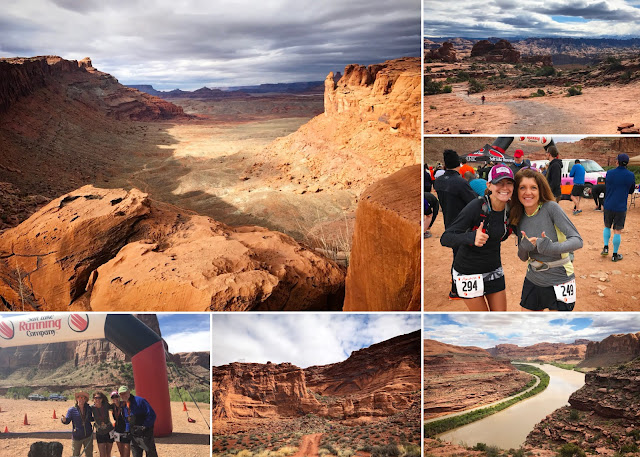 While I usually end up with a jam packed May, this year was actually much more laid back (with June being my "crazy" month). My only race was the Black Canyon Ascent. Then for memorial day weekend, Scott and I drove down to the Great Sand Dunes for a long weekend. 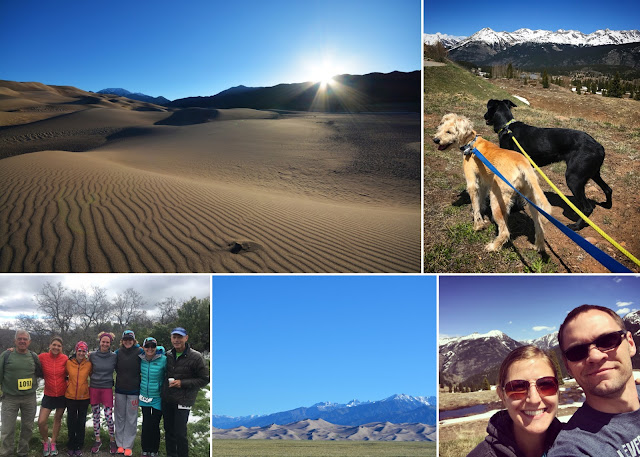 As mentioned previously, June was a CRAZY month. It started off with the Skirt Sports Ambassador retreat and 13er (Half Marathon). This is always such a fun weekend meeting and connecting with all of the other ambassadors and I loved it. The very next week was my goal marathon for the year - Revel Rockies Marathon. I trained pretty hard for this with a goal to hopefully PR. I ended up falling short by a mere 40 seconds, running a 3:42. I was a little bummed to miss the PR, but still happy to have my second fastest marathon time and my first sub-3:45 in 2 years.

Yet another weekend later I ended up spending the weekend in Frisco with some friends before running Mt. Evan's Ascent. This race was beautiful and so challenging - it definitely kicked my a$$, so I'll be back another year to redeem myself.  The next weekend, Scott and I headed down to the Cimarrons for a great weekend of camping and enjoying our new Kayak and Paddle Board. 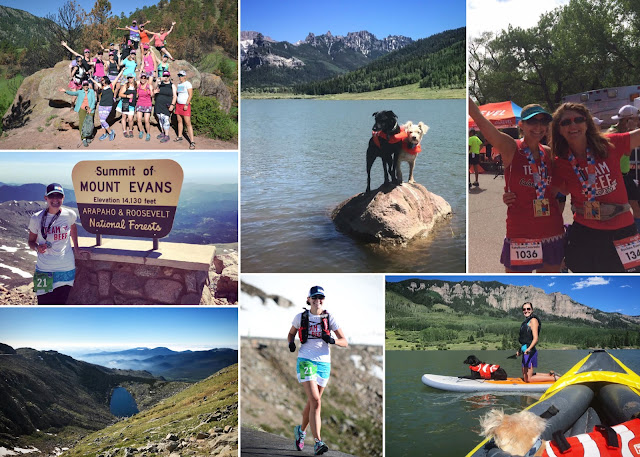 July was another busy month starting with a Vegas girls trip the first weekend. A week later, Scott and I road tripped to Oklahoma to spend the week at Lake Tenkiller with my family. Another week later, I had the awesome opportunity to participate in the Skirt Sports Fall Photoshoot. Then, at the end of the month I ran the Grand Mesa 55K - my first Ultra of the year. It is always tough mentally running my first ultra in awhile and this was no different. I struggled getting through the last 10 miles, but eventually finished and remembered what I love about ultras! 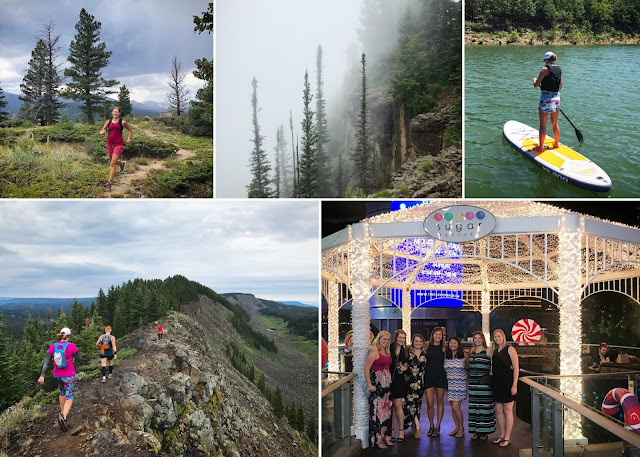 I spent August enjoying as much mountain time as I could get in before summer ended. I spent one weekend in Estes Park enjoying some great trails and pacing the 2:20 group at the Rocky Mountain Half Marathon. This was my first pacing gig and I LOVED it, I definitely hope to do more pacing in the future!

My other major August adventure was running Four Pass Loop with some friends and IT. WAS. AMAZING. Seriously, this trail is one of the absolute best in Colorado and one of my major highlights of the year. If you did not see my blog post on it, definitely check it out. 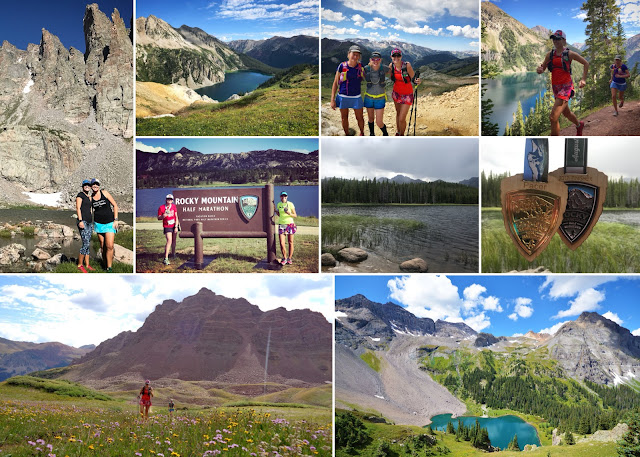 September, September, September... what a crazy, awesome, incredible month. To start, Scott and I took a trip to Zion National Park for Labor Day weekend. The crowds in the main portion of the park were a little nuts (almost unbearably so), but, I scored us a lottery pass to hike The Subway. This is a hike that is restricted to people with permits (which you attain via a lottery), so the crowds are low, and it was seriously an epic hike. The next day we braved the crowds in the park and hiked to Observation Point. I loved this trip, but hope to go back during the off season to do Angels Landing and The Narrows.

The next big trip of September was meeting my mom and sister in Crested Butte to spend the weekend and run the Crested Butte 55K by Mad Moose Events. This race was SO beautiful, definitely one of my favorites for the year.

And last, but most definitely not least in the month of September was MY FIRST 100 MILER!!! In late August, about a month out from said 100 miler, I decided I wanted to attempt one again this year. I spent a lot of time trying to decide which one before finally just taking the plunge and picking The Flagstaff to Grand Canyon Stagecoach Line 100. The second I hit "register" I had a big "oh $hit" moment.... what did I just do? I had only ran ONE ultra (at the time of registration) this year and it was only a 55K....and now I was about to embark on a 100 miler attempt!?! Thankfully it all went as planned and I FINISHED!!! Was it the hardest thing I've ever done (by a longshot)? Heck yes... but I did it! This was by far my #1 highlight of the year. 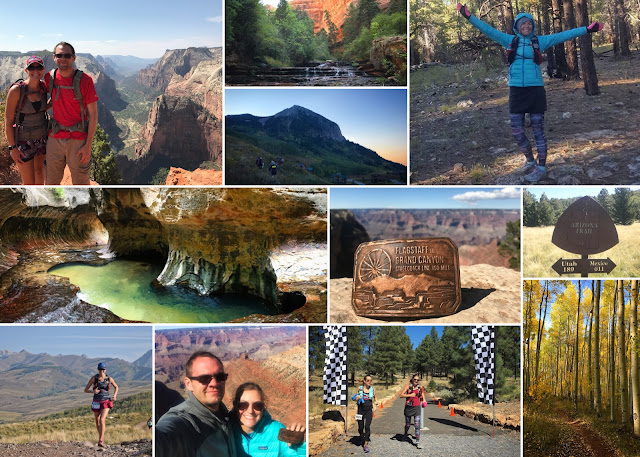 The rest of the year after the 100 miler really slowed down in terms of running. I decided to give myself a running break and only run what and if I wanted to. Highlights from October include taking a day trip to Ouray to enjoy the fall color and Scott and I headed over to Denver for a weekend where we ran the Global Hope Apple Cider 10K and attended a friends wedding! 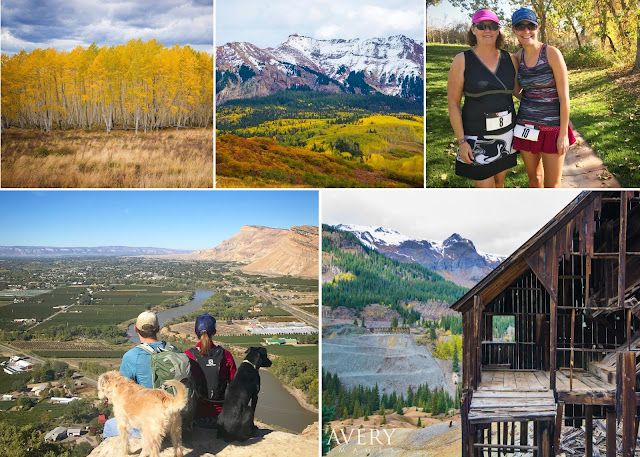 November started off by running Rim Rock Half Marathon. I had originally signed up for the full, but just wasn't feeling ready for that kind of distance after the 100 yet, so decided to drop to the half, which was perfect. I also volunteered at the Dead Horse Ultra in Moab. 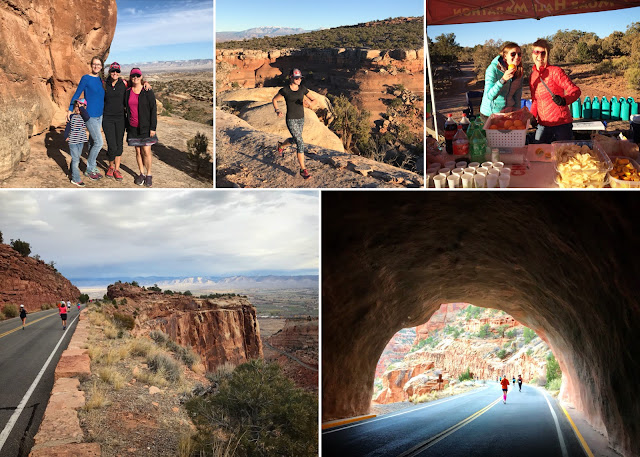 I spent the first weekend in December in Moab running the Winter Sun 10K for the 5th year in a row. While we were there we also enjoyed some great hiking - I absolutely loved checking out Slickrock Trail! 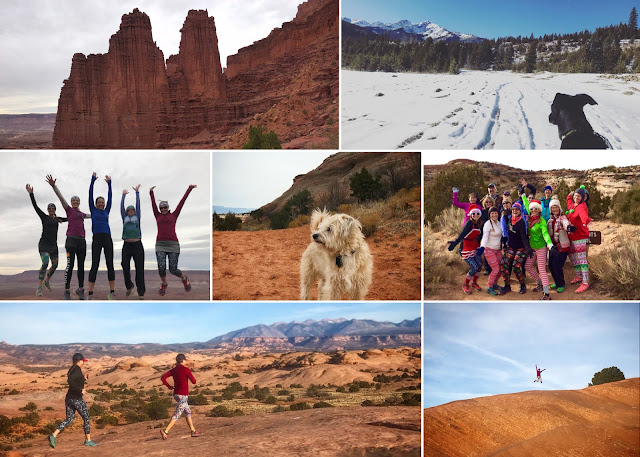 So that was 2017! I usually keep track of all of my mileage for the year, but after the 100 I just fell off the wagon in terms of logging all of that... and I am 100% okay with that. It gets a little mundane logging every single mile and I know the break was good for me! I'm now feeling refreshed and ready to get back into racing!

My 2018 race schedule is still being decided (especially the latter half), but here's what it's looking like so far:

I am also excited to be representing the following companies as a 2018 ambassador for:

Mad Moose Events
(Check out their running events in Utah and Colorado!)

Balega
(The best running socks on the market!)