I'm only 3 1/2 months late on getting this post up... Our trip to Alaska from last September!

I could come up with a million excuses as to why I haven't finished this until now, but the truth is, I just hadn't gotten around to going through and editing the million photos I took until now! Nevertheless, I still wanted to make sure to post about this trip, because I love being able to quickly look back on my pictures and remember what we did!

We headed up to the 49th state right after our trip to South Dakota (where I got my big 100 DNF at Lean Horse), during the first week of September.

After spending our first day up there catching up on sleep and visiting family, Scott and I headed out on Wednesday and took a train ride on the Alaska Railroad to the Spencer Glacier Whistle Stop. We then got to Kayak across a lake to Spencer Glacier, where we did some introductory ice climbing on the glacier. I was glad I had done some very minor rappelling last year because it was a little scary! But also pretty epic. 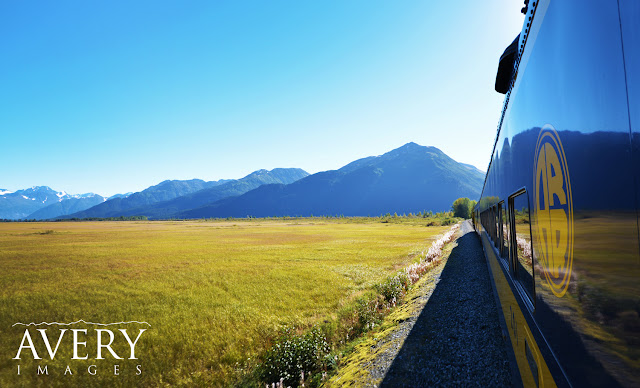 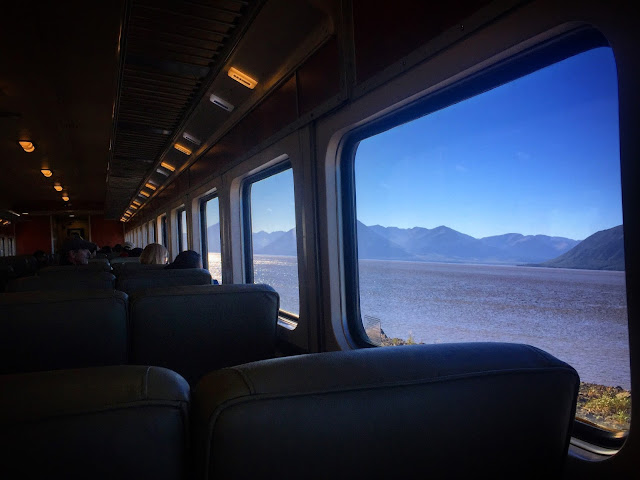 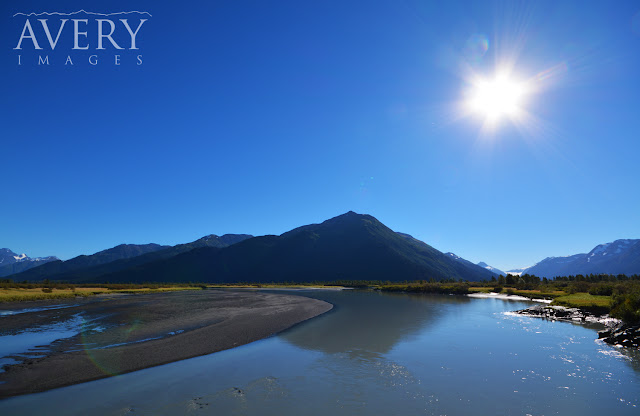 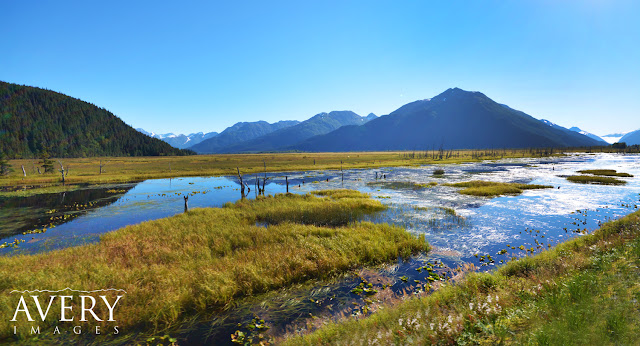 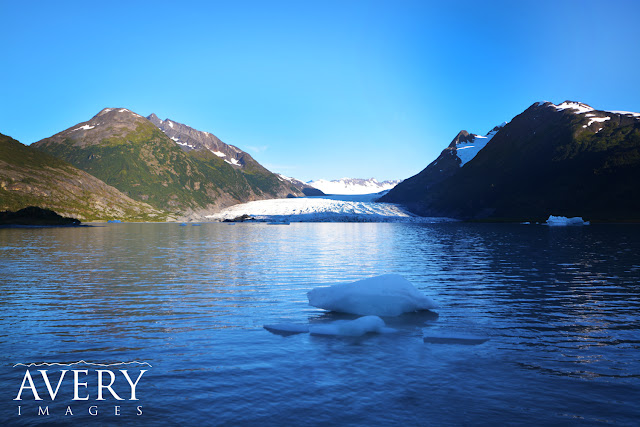 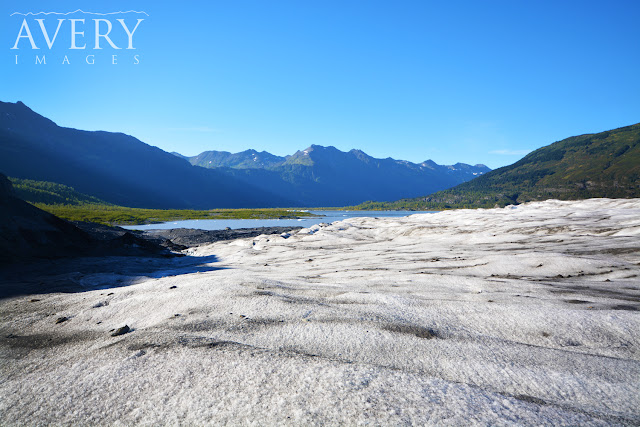 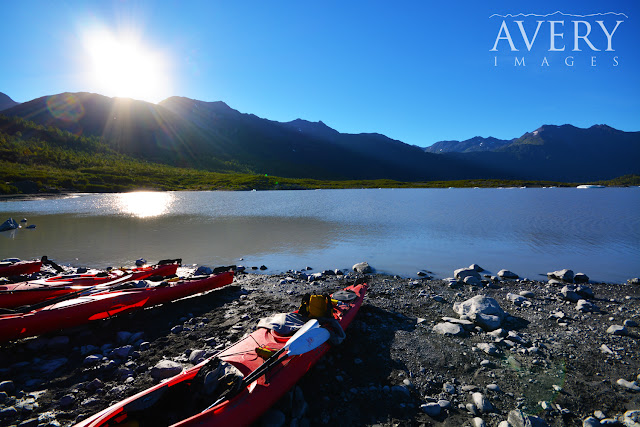 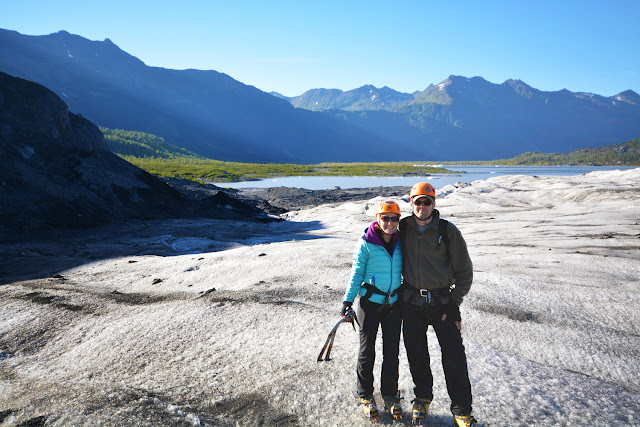 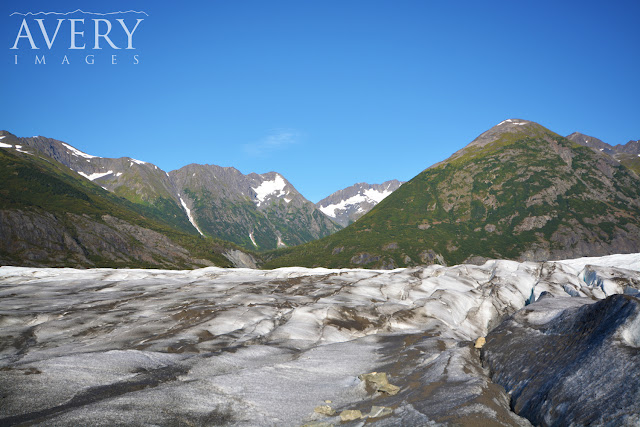 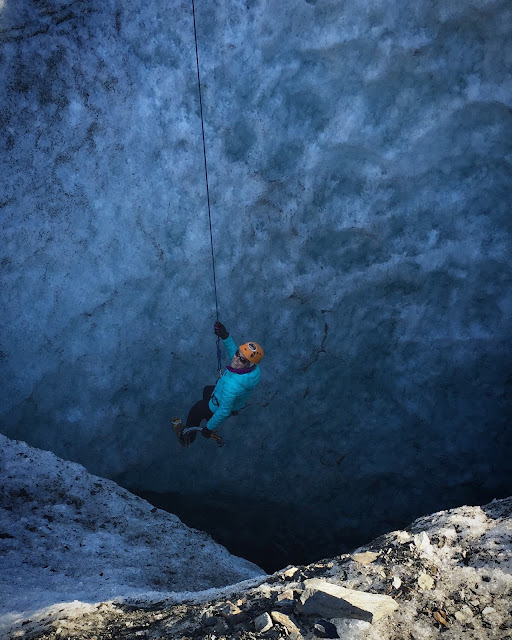 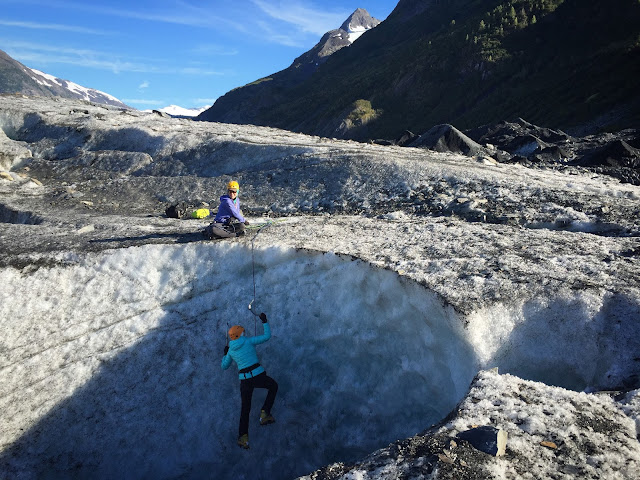 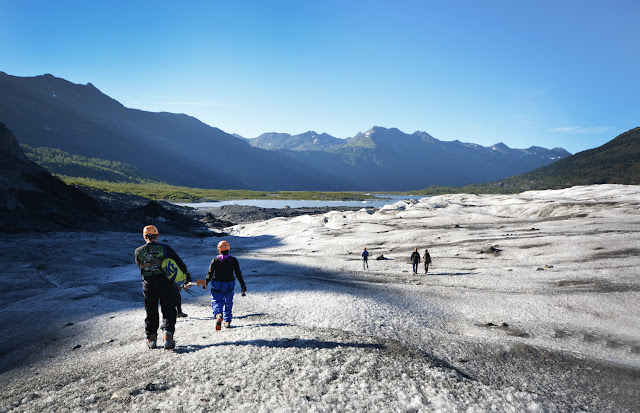 After the day of ice climbing, we took the train back to Girdwood, where we stayed a night at the Alyeska resort (and I got to see the Northern Lights for the first time)! The next morning we had breakfast at Alyeska and explored a little, including taking the aerial tram up to the top of the resort. Later that day, we headed down to Seward for the next few days. 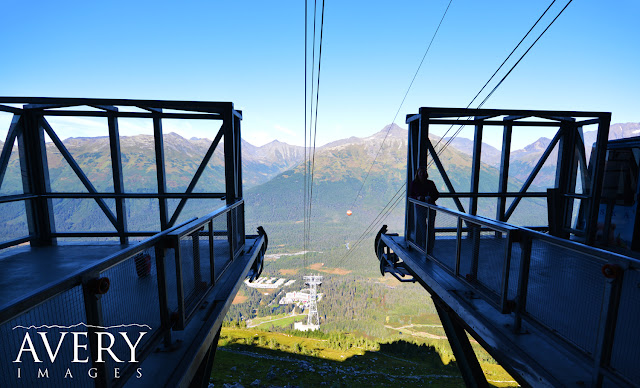 In Seward we took a cruise over to an island where we then got to Sea Kayak for several hours. We saw quite a bit of wildlife while kayaking, including a very friendly Sea Lion, several Eagles, and some otters. 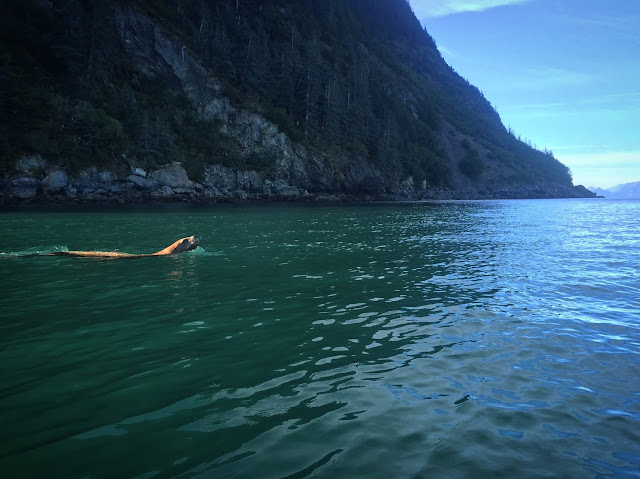 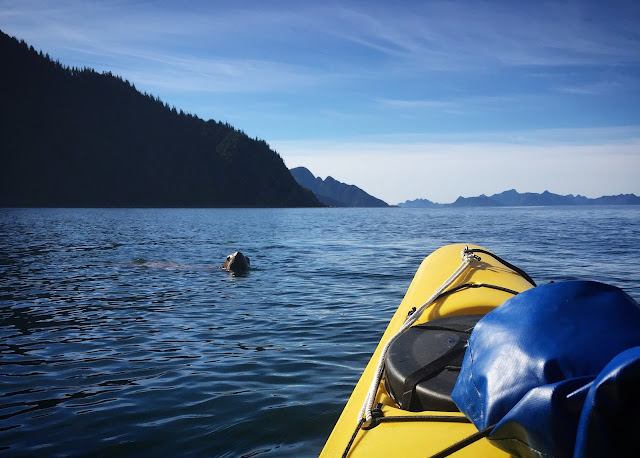 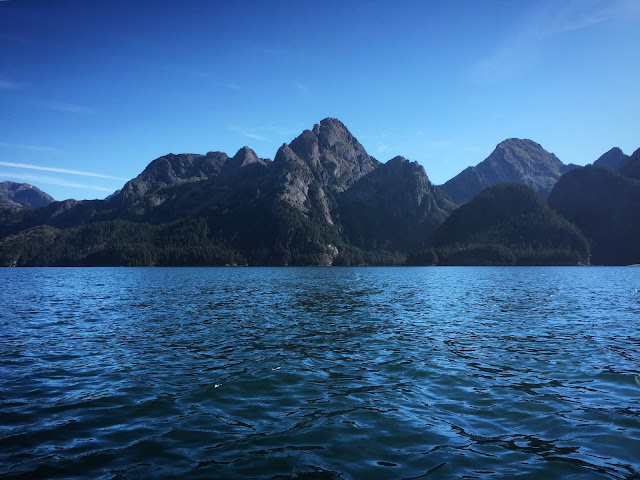 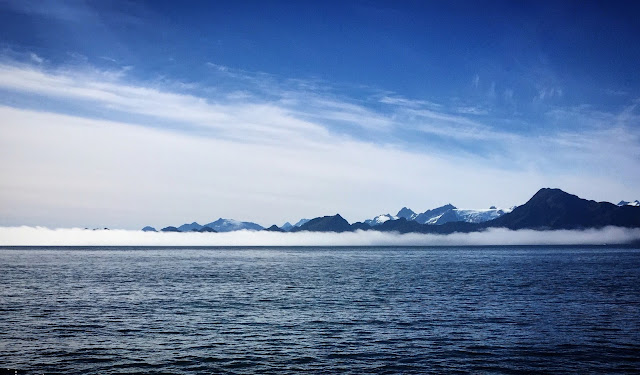 The next day, before heading back, we hiked to the top of Mt. Marathon. Mount Marathon is located 1 1/2 miles from the town of Seward - they hold a pretty famous race going up this mountain every July 4th (world's toughest 5K!), and so I've always wanted to check it out. There's a few different routes you can take to the top including the race course as well as a longer, but more gradual, hiking trail. I had originally wanted to take the race course...until I saw it. It was STRAIGHT UP the mountain. So we ended up taking the hiking trail instead - which was still PLENTY steep! And just as beautiful (if not more so, as you get to hike through the beautiful Mt. Marathon Bowl. 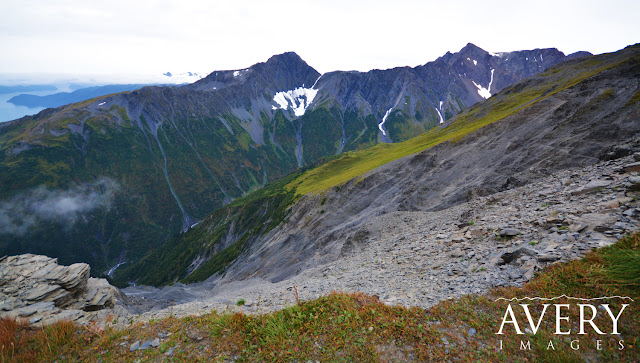 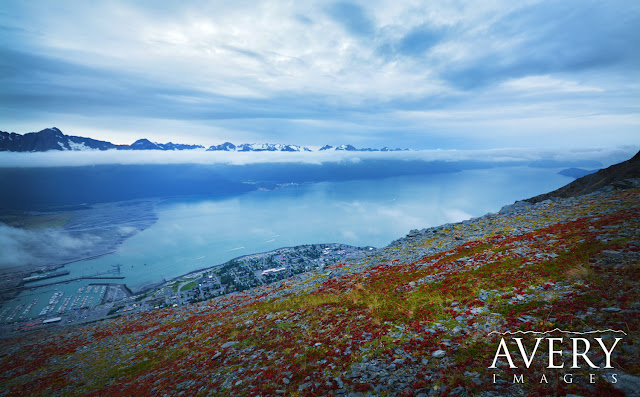 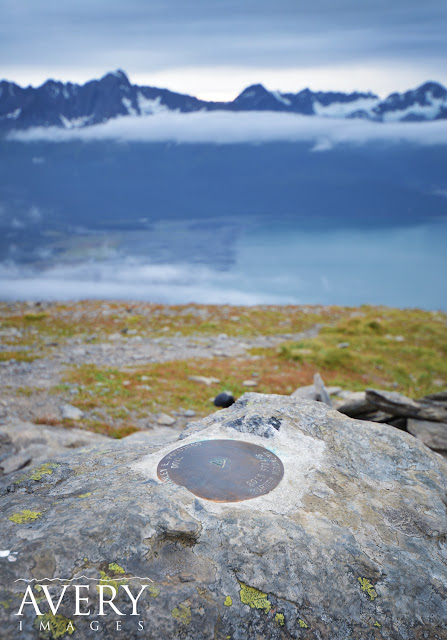 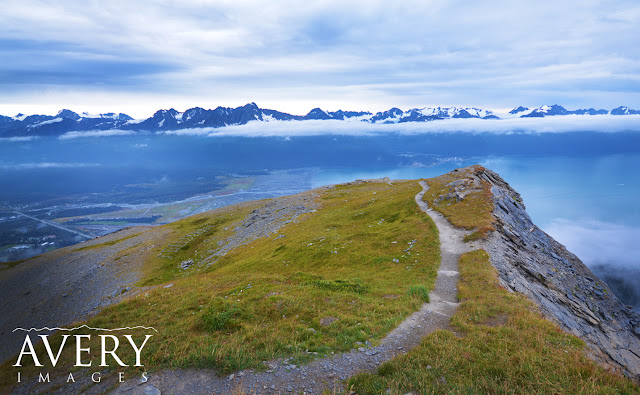 It was once again another great trip to Alaska this year! For some of my previous years visits, see here: