After two months off, I was going through racing withdrawals, so it was no surprise I found one to run as soon as our Runners Roost Racing Team Kick Off Meeting was scheduled (interpretation: the meeting was in Denver, Denver has a lot more races than rural Western Colorado).

The Snowman Stampede 5 and 10 Miler was held Saturday, February 20th at the Hudson Garden's in Littleton (south Denver). It's a unique event in that the different distances are offered at different times, so if you want, you can actually race both. I seriously contemplated it, especially since I needed to get 16 miles in this day anyways...but my coach advised me not to...which was probably for the best. I'm not sure how you fuel for something like that anyways (what do you do in between races?).

Therefore, I settled on the 10 Miler with a long warm-up and cool-down. As I mentioned previously, I hadn't raced since early December's Winter Sun 10K, so I was pretty excited for it. Unfortunately that excitement commenced when A.) I found out I-70 through Glenwood Canyon was closed, and B.) I was getting sick. LOVELY.

Now an interstate being closed probably doesn't sound like that big of a deal to most people....but most people don't have to traverse the Rocky Mountains to get to a race. Unfortunately for most races, I do. The next closest route added 2+ hours. No joke. Thankfully, I managed to get off work a few hours early so I could make the now 6 hour drive (normally 4). I actually ended up making really good time (not the case on my return, but that's besides the point), and rolled into Denver around 8pm. I stopped off in Arvada to meet a friend so I could borrow her Runner's Roost Racing Singlet (I would not get mine until later that afternoon and was excited to represent Roost at my first event this year!). After that I made my way to Broomfield with a stop at Noodles and Company for a late dinner before finally getting to my parents house and heading to bed (not before setting up my #FlatRunner of course).


The nice thing about the multiple distances in this race is that the 10 Miler didn't start until 10:15am. That meant sleeping in until 7:15 the next morning (sleeping in for a race day anyways). I really could've slept at least an extra hour too, had I not been planning a long warm-up. I left Broomfield around 8 and made the 40 minute drive from the north suburbs to the south suburbs and arrived before the 5 milers had even begun. We had to park about 1/3 mile away, so this actually worked out well as I had plenty of time to walk from the car, over to packet pick-up, check out all the vendor booths, wait in line for the bathroom, then walk back to shed layers before starting my warm-up.

I then did my 3.3 or so mile warm-up, finishing with about 20+ minutes to spare before the race. In all reality, having 20 minutes in between the warm-up and the start probably negates the whole "warm-up" aspect...but it helped ease my nerves as it left me with plenty of time to circle through the bathroom line again and meet up with some fellow Skirt Sports Ambassadors for a photo:


Now...getting close to the race, I realized I forgot to mention problem B.) I was getting sick. Yeah... so I went to California the weekend prior and after missing a connecting flight ended up in airports and airplanes for an entire 24 hour period. Not really surprisingly that I could feel myself coming down with something. Of course I woke up Saturday with it the worst ever. I was super congested and coughing like a maniac. And losing my voice. So much fun. Well if there was anything good that can come from this, it was that I now had an excuse to not go all out and "race" it, like I so much hate doing (running fast hurts). So there's that! I did set a loose goal of finishing in under 1:30:00.

When the gun went off, I decided to just run hard, but not crazy hard. I needed to be able to breathe and was hoping to not have to cough the entire time. So that's what I did. The course ran a short loop around part of Hudson Garden's before exiting onto the paved river trail that runs along the South Platte River. As we headed out, we were running against the wind, but thankfully it wasn't too bad, and even felt nice to have the breeze. I was happy to see I was running slightly faster than expected given my condition for the first half: 8:22, 8:35, 8:24, 8:30, 8:29.


Just slightly after the 5 mile mark we turned around and headed back for the remainder of the race. I was feeling pretty good, and had high hopes of continuing in the 8:30 range and maybe finishing in under 1:25. Unfortunately, other plans ensued. After we turned around, we were no longer against the wind, but running with the wind. Normally, this would help. However, it was HOT. Mid-60's and sunny. This may not seem hot to most people... but I've been running in cold weather for the past several months (and in general, am just not a "hot weather runner"). Mid-40's was my warmest temperature since then. So immediately the heat just started getting to me. I managed to hold on to my pace for mile 6 (8:21), but after that it was pretty much over. I struggled. I did what I could to keep going as best as I could, and finished the last 4 in 8:56, 9:17, 9:21, 9:02.


I ended up finishing with a total time of 1:28:22. Considering I was sick and not feeling great, this was an okay time, although I know I could do better. But...it was still a good experience and I had fun racing again! I also had fun representing Runner's Roost at my first team race (although I missed the team picture - next time!) and meeting a few other Skirt Sports Ambassadors! 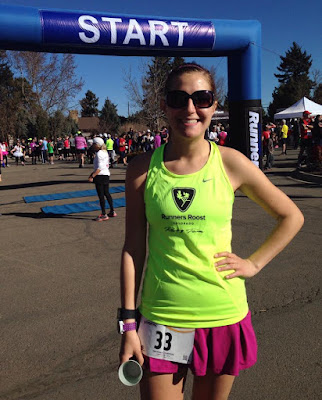 Later that afternoon we had our Runner's Roost 2016 Team Kick-Off, where I got all of this awesome new gear: 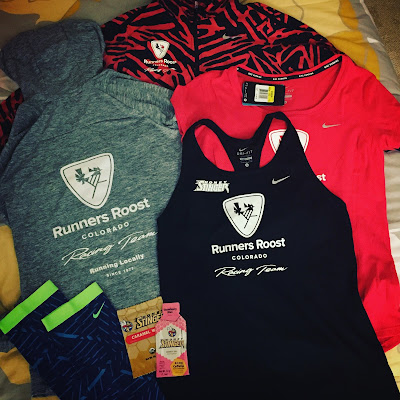 I really can't wait to represent Roost this year! They are the best running store in Colorado and support more local events and runners than any other store in the state - so if you're looking for a running store - check them out! I got my first pair of "real" running shoes here back in 2012. I've been running in the same road shoe since then with no injuries...so I'd say they did a great job! :) My only wish is that we had a store on the Western Slope (we have NO running stores over here much to my dismay).

And although I complained about the LONG drive, I really didn't mind the views so much and even made a few stops on my way home to get some pictures: 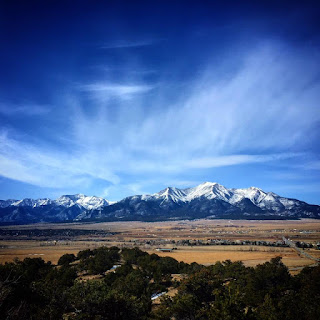 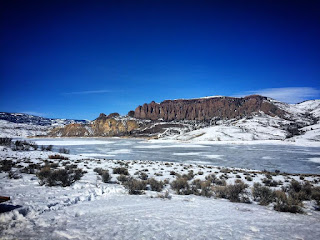 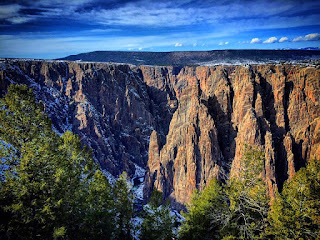 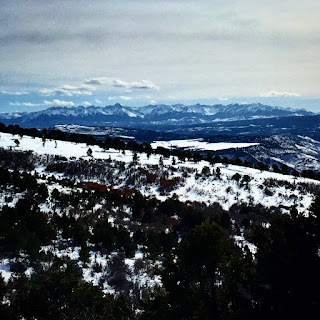