Wow, gorgeous, stunning, and perfect are the words that I would use to sum up my weekend!

It really was spectacular! Hubby and I loaded up the Subaru and headed into the mountains for a night of camping and exploring the Cimmaron Range of the San Juan Mountains. I've seen a bit of the Cimmaron Range just driving through Ridgway, Colorado, but to really get into the heart of them was incredible. I seriously think they may give the Tetons a run for their money!

It wasn't until the middle of last week when I told Scott that I wanted to go camping this weekend. So I did some quick Googling and found the "Silverjack Campground" in an article listing the top 5 campsites of southwest Colorado. It seemed fairly close, and obviously was recommended, so we settled on it and got planning. On Saturday afternoon we drove into the Cimmaron Range from the east side, as you're heading towards Gunnison. Once you turn off of Highway 50, the entire route is dirt road. But it's worth it! I can officially say we've now broken in the new Subaru: 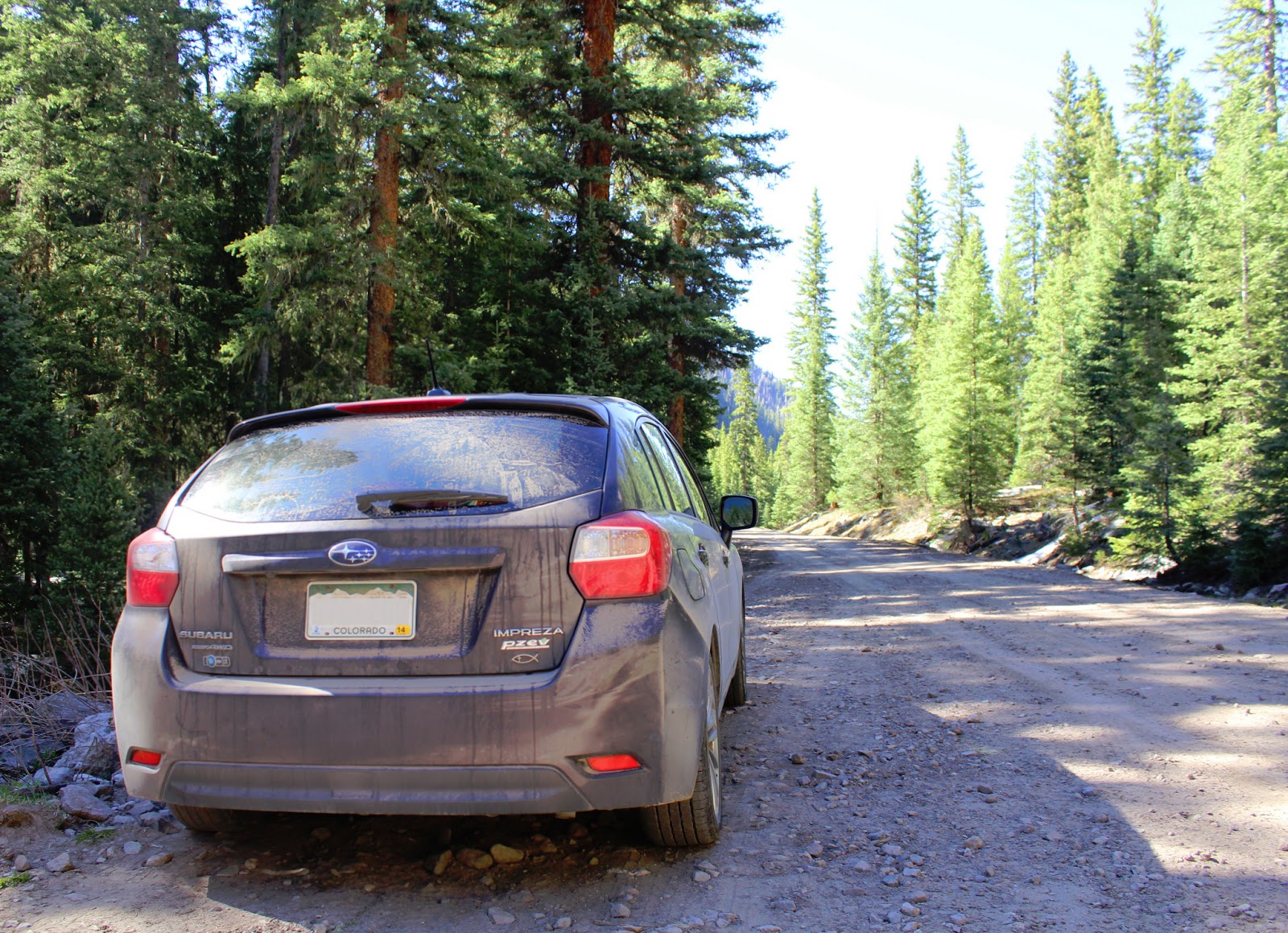 On our drive in we saw a few other small campsites, both empty, which was a good sign. I know this part of Colorado doesn't get nearly as crowded as the Front Range, but it still makes me nervous when campsites don't allow for reservations. Luckily, we got to Silverjack and it was wide open. There were 2 open loops (3 loops total, but they don't open the last until they reach capacity). The first loop we drove had several RV's and campers, probably one about every 3 or so spaces. The second loop, which was a little more tent friendly was completely free except for the host! I was amazed! We picked a gorgeous spot on the opposite end of the host's site, and basically had the entire campground to ourselves!

After we payed for the campsite, we took off and did some exploring. We were planning to do a little hiking on Sunday morning, so we decided to check out the road leading up to the trail head. Well I'm glad we checked it out beforehand because we're still getting used to having a low clearance vehicle and the route was a bit to rough (no worries on the hiking though - there was another easier accessed trail we decided to do instead). However, we did make it far enough to go check out a waterfall, just a short ways off of the road. 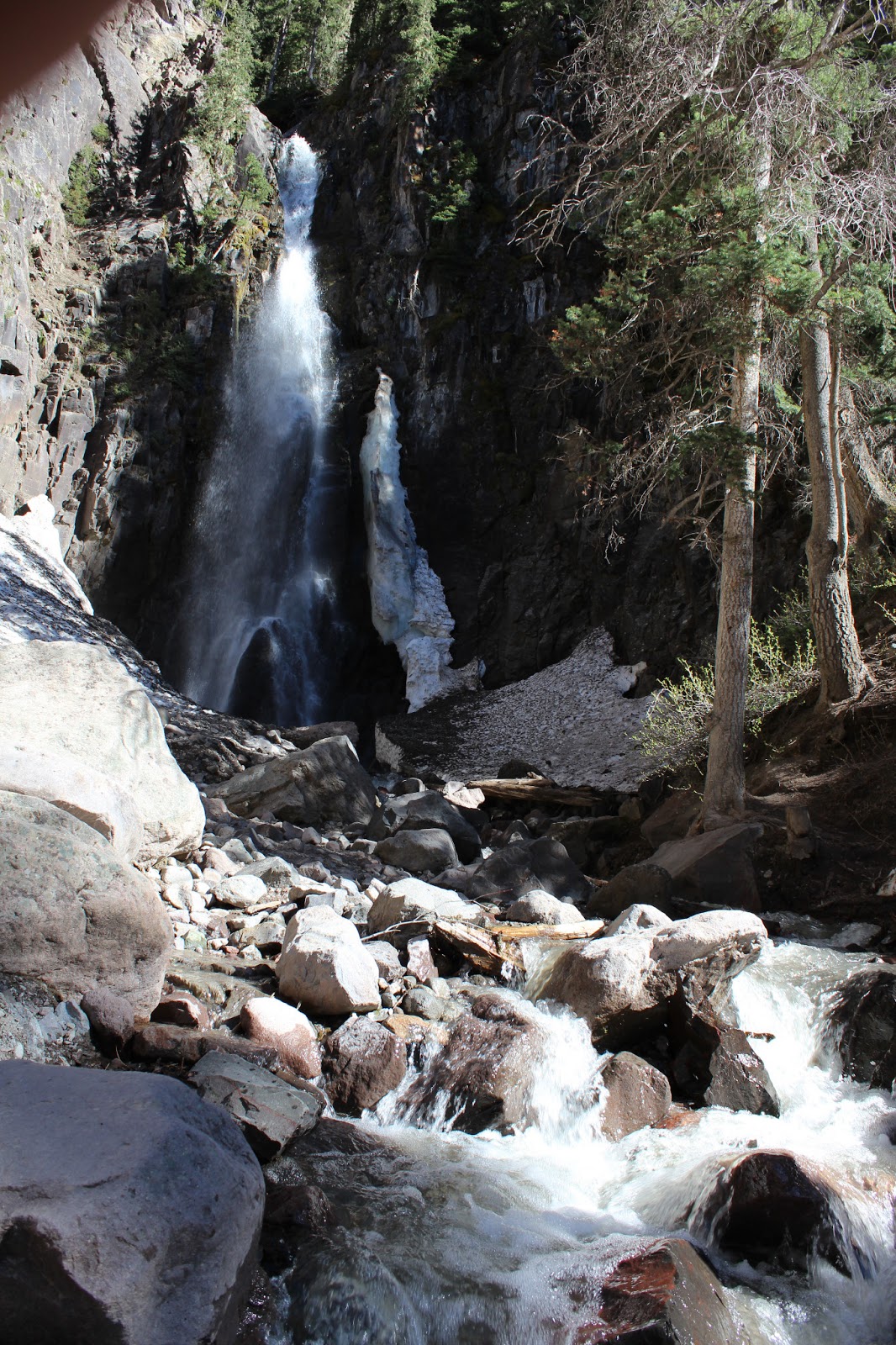 After that, my wonderful hubby humored me while I took a bazillion pictures of the seriously gorgeous views. I never realized how incredibly beautiful aspen trees are in the late spring. They were a brilliant, bright green and when the sun shone down on them, they just lit up the mountainside - it almost looked like fall! I did my best to capture them, but I'm not sure I did well enough! They really were stunning! 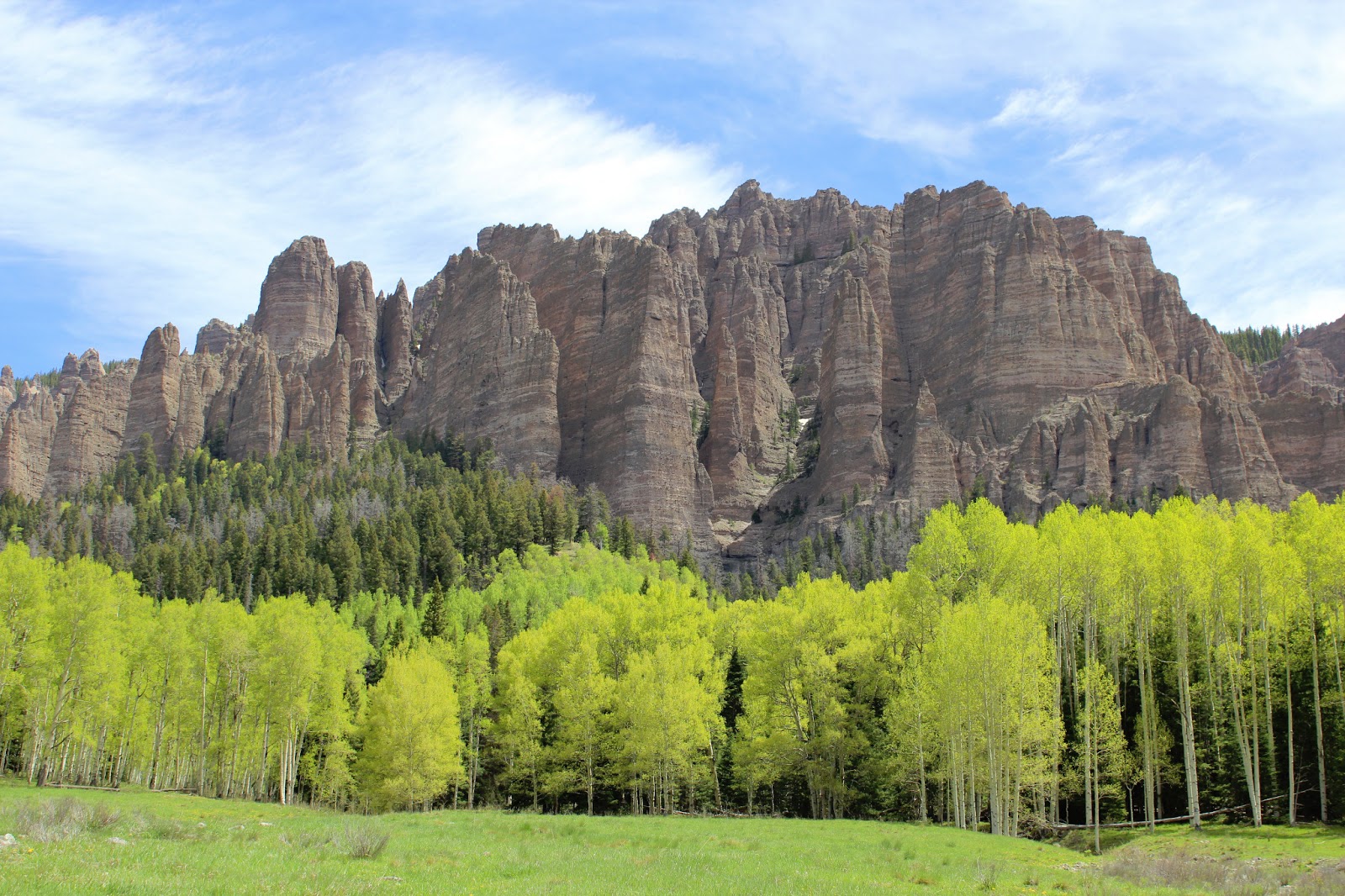 Once we got back, we quickly set up camp and made a fire. Our menu consisted of Grilled Cheese and S'mores! It was a lovely evening enjoying the company of my husband and dog! 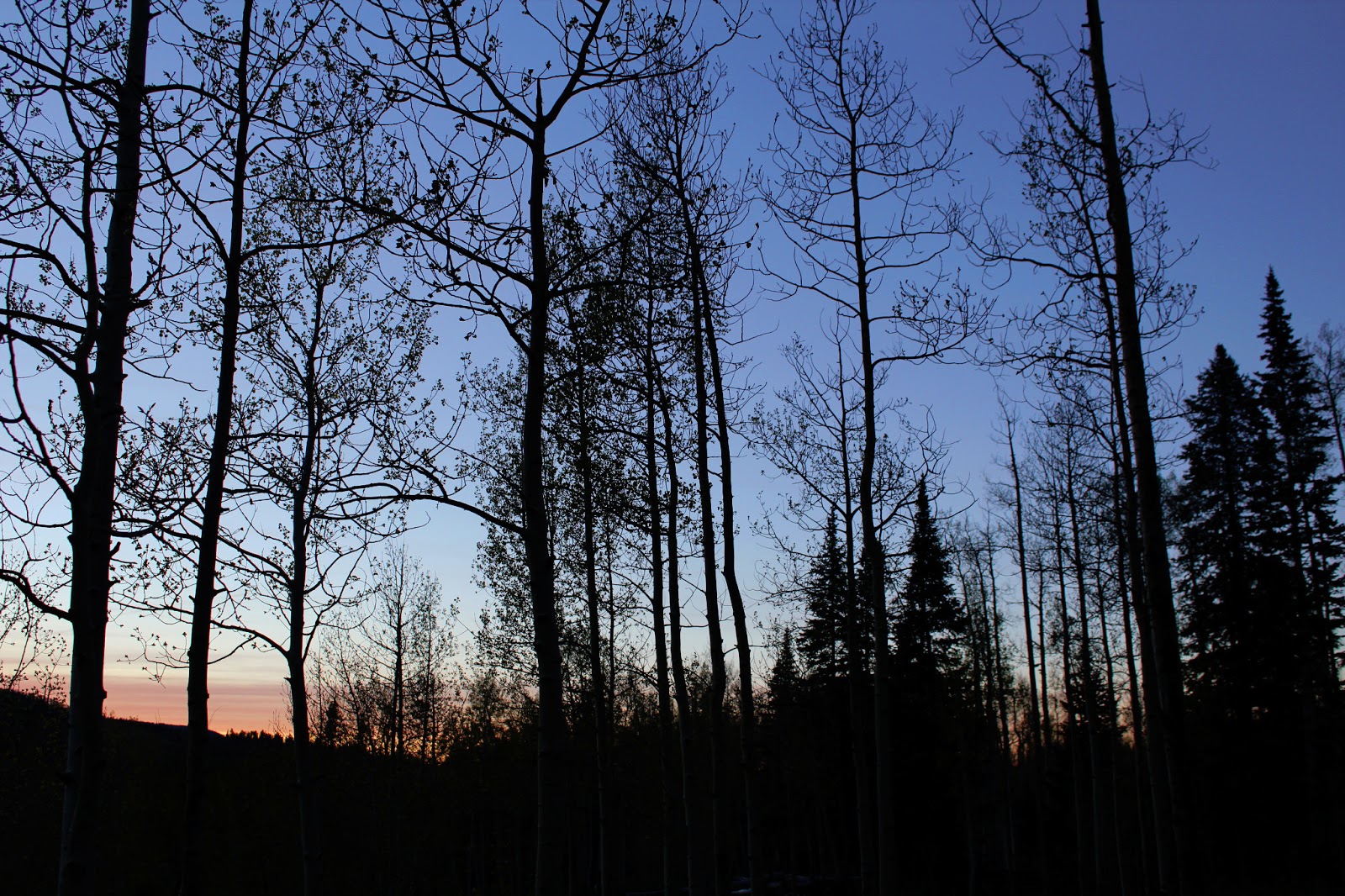 In the morning we packed up and headed to the East Fork Trail Head. The hike we did went through forested areas with a few open valleys until we decided to turn around. The trail went on for many more miles, but due to time, and the fact that it's our first hike with the dog this year, we decided to keep it fairly short. It offered some lovely views and was a great chance to get some exercise!

After making it back to the car we stopped at a few more pullouts so I could get some more pictures, and then we were on our way home! The views, weather, and timing just made this such a perfect weekend, I'm so glad we did it! Here are a several more photos: 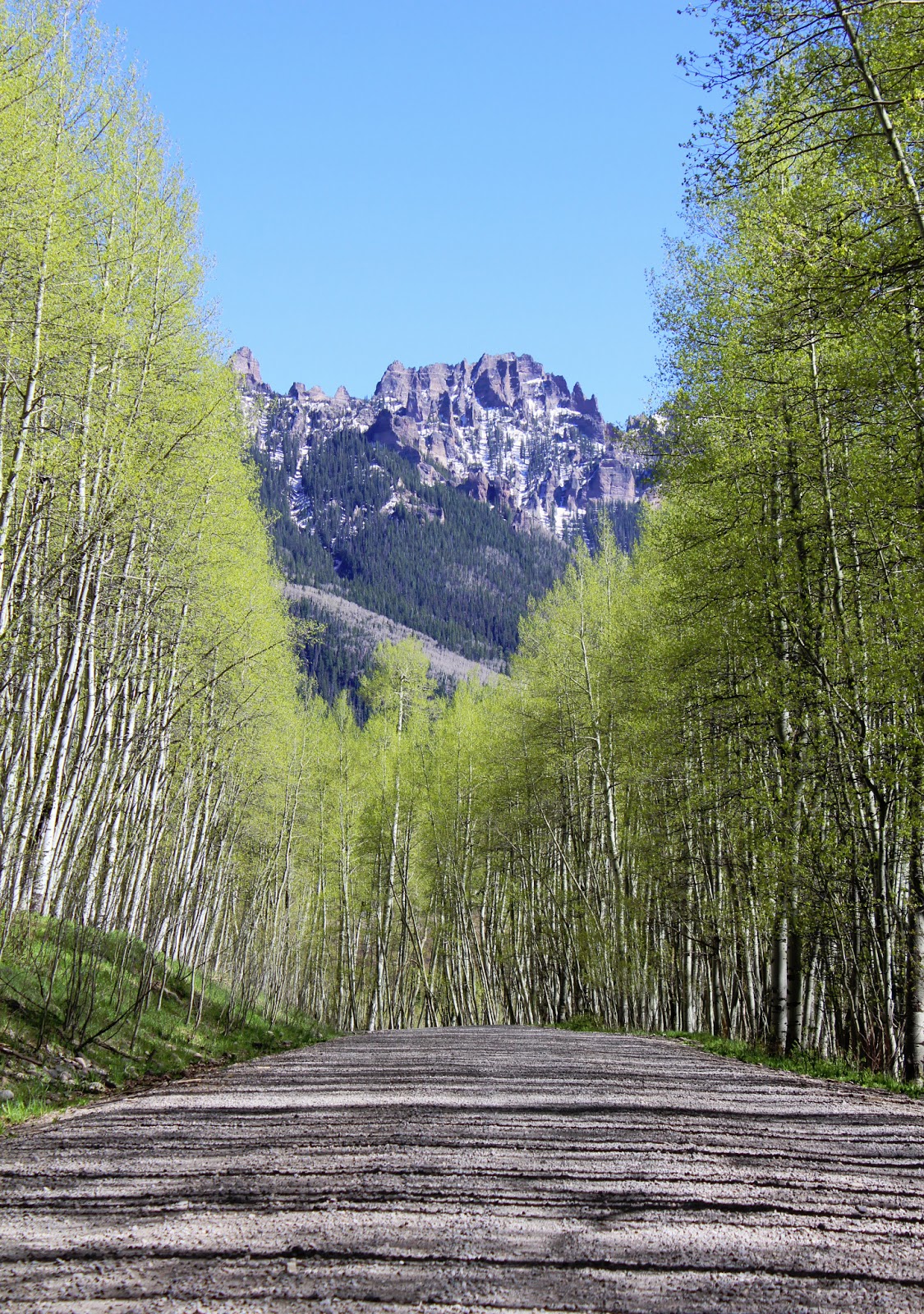 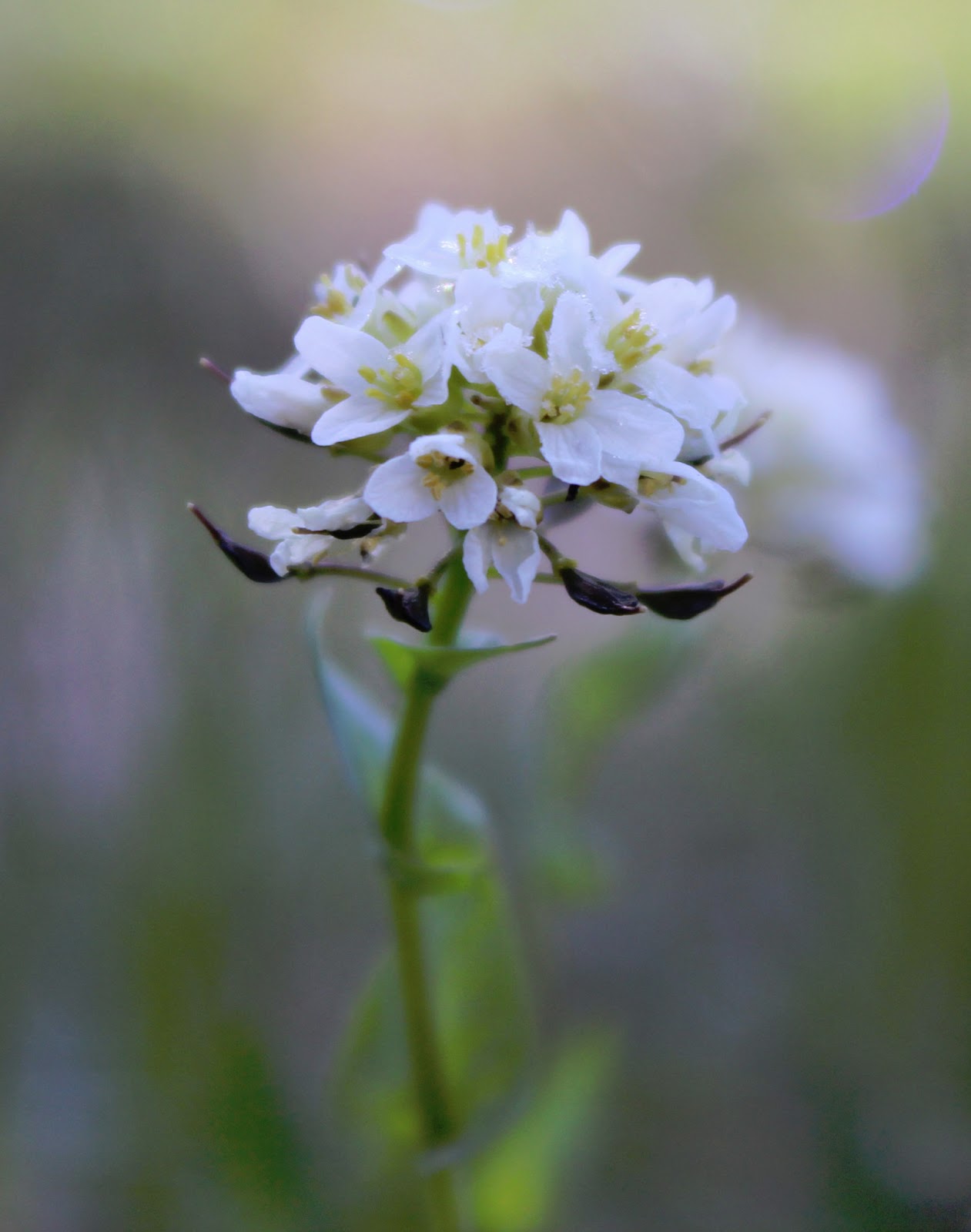 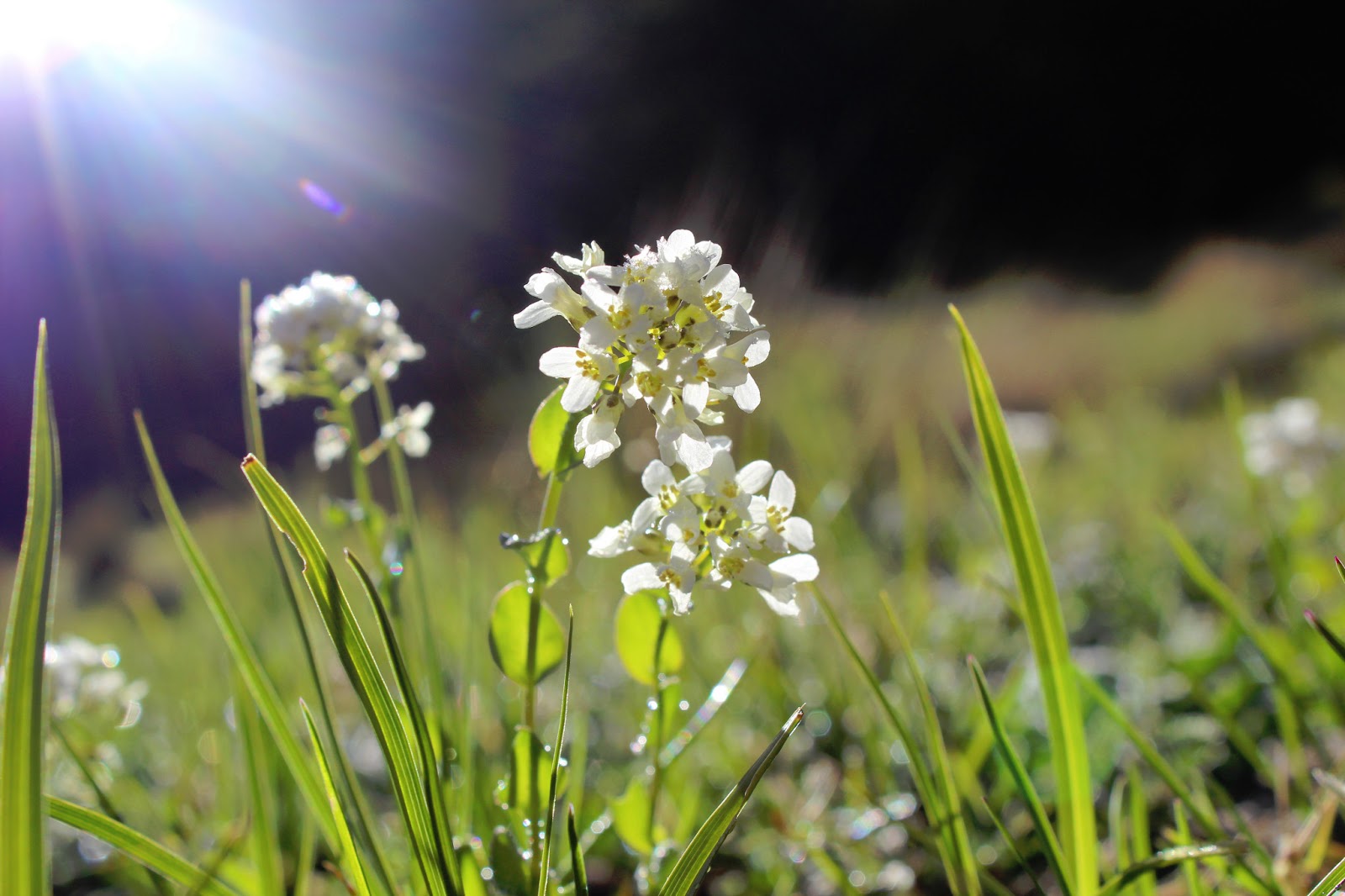 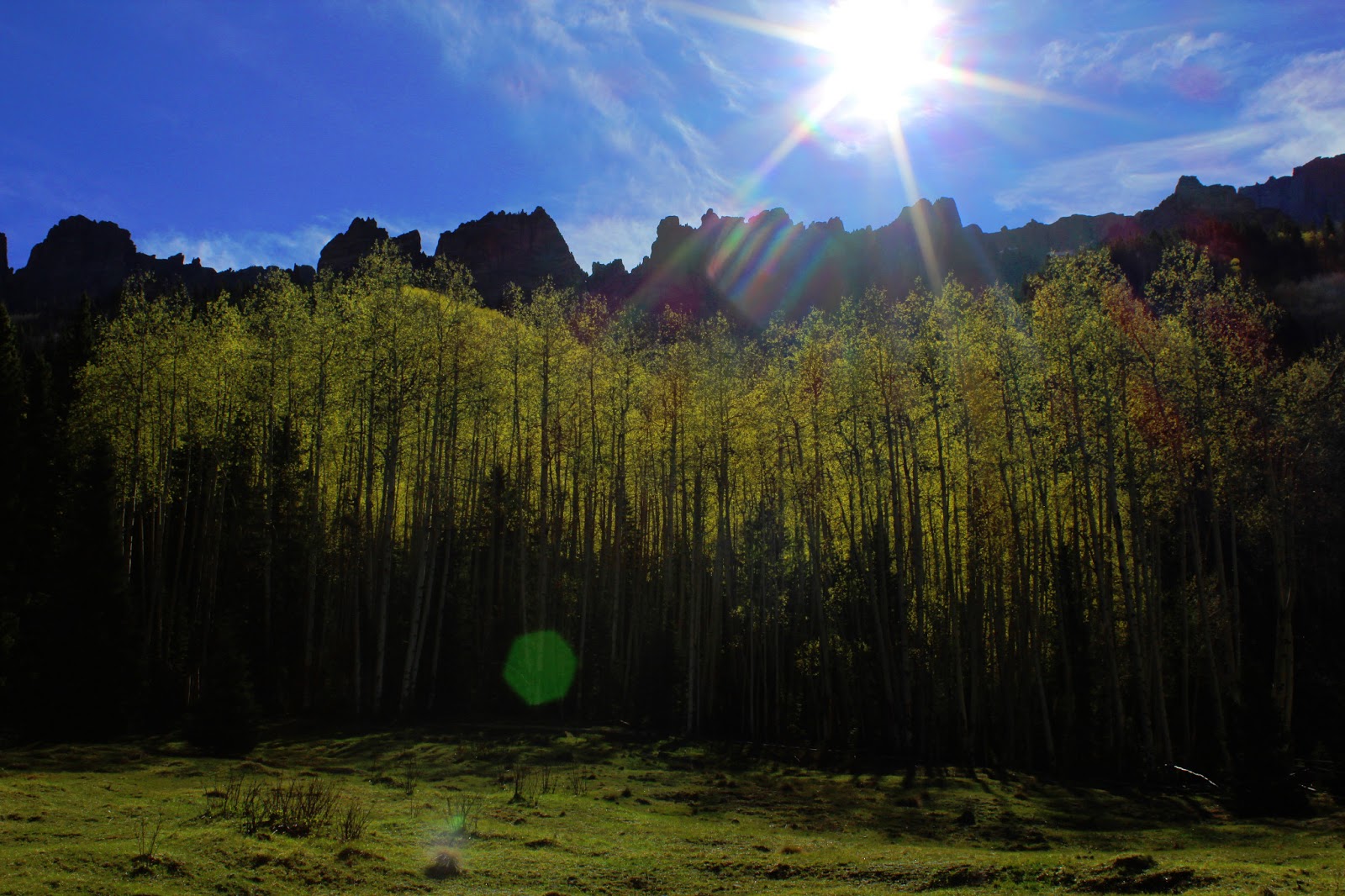 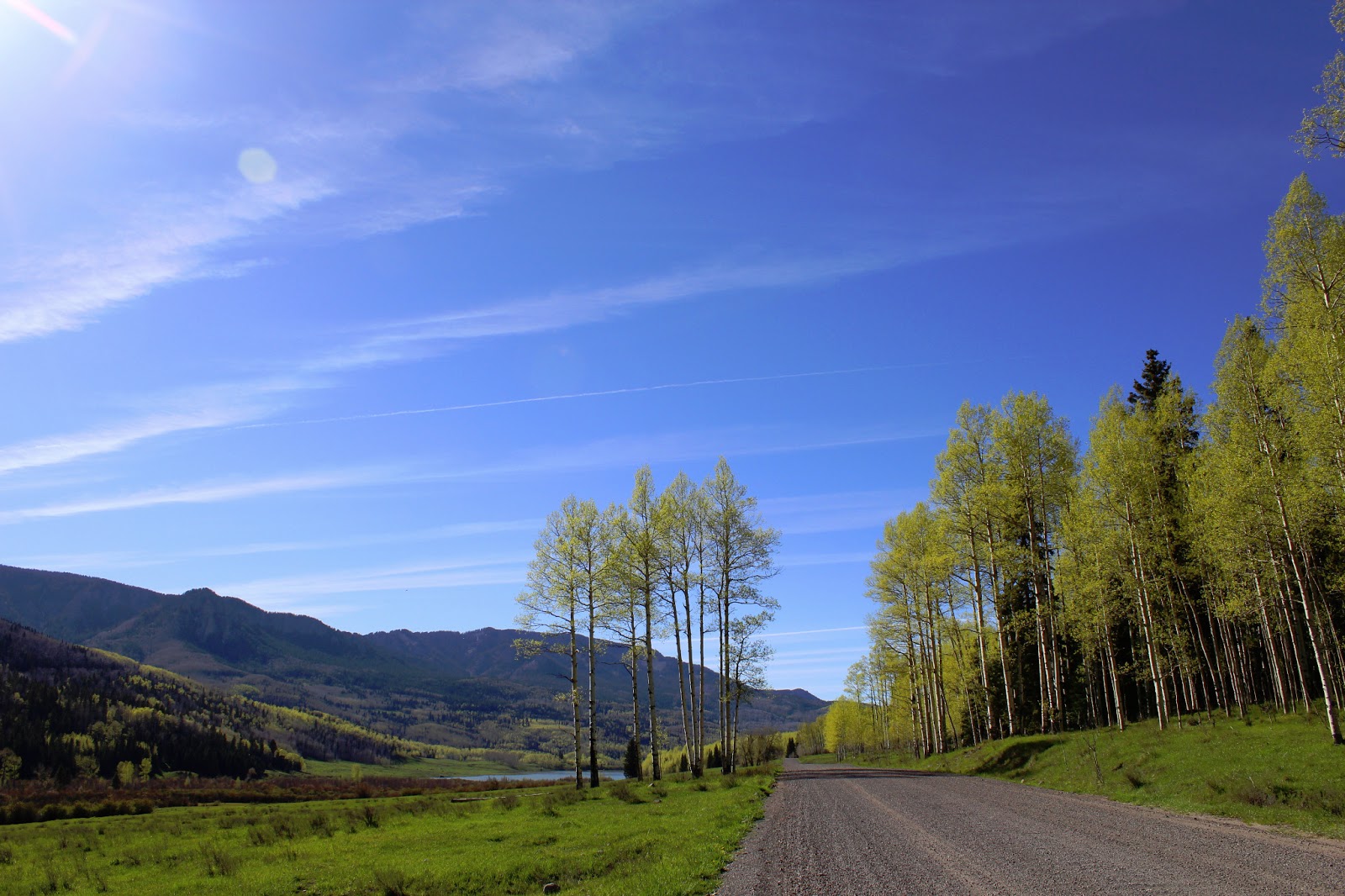 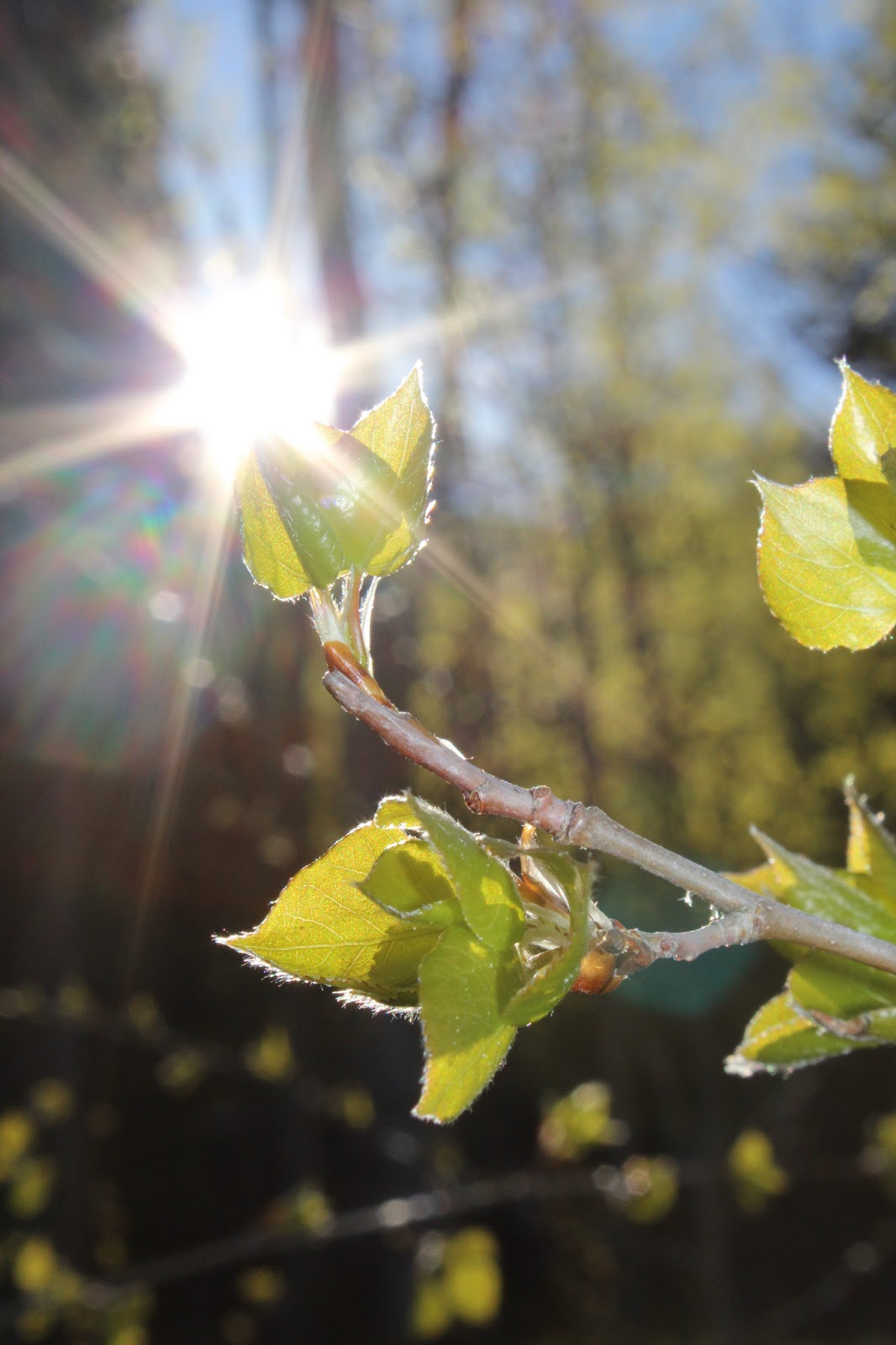 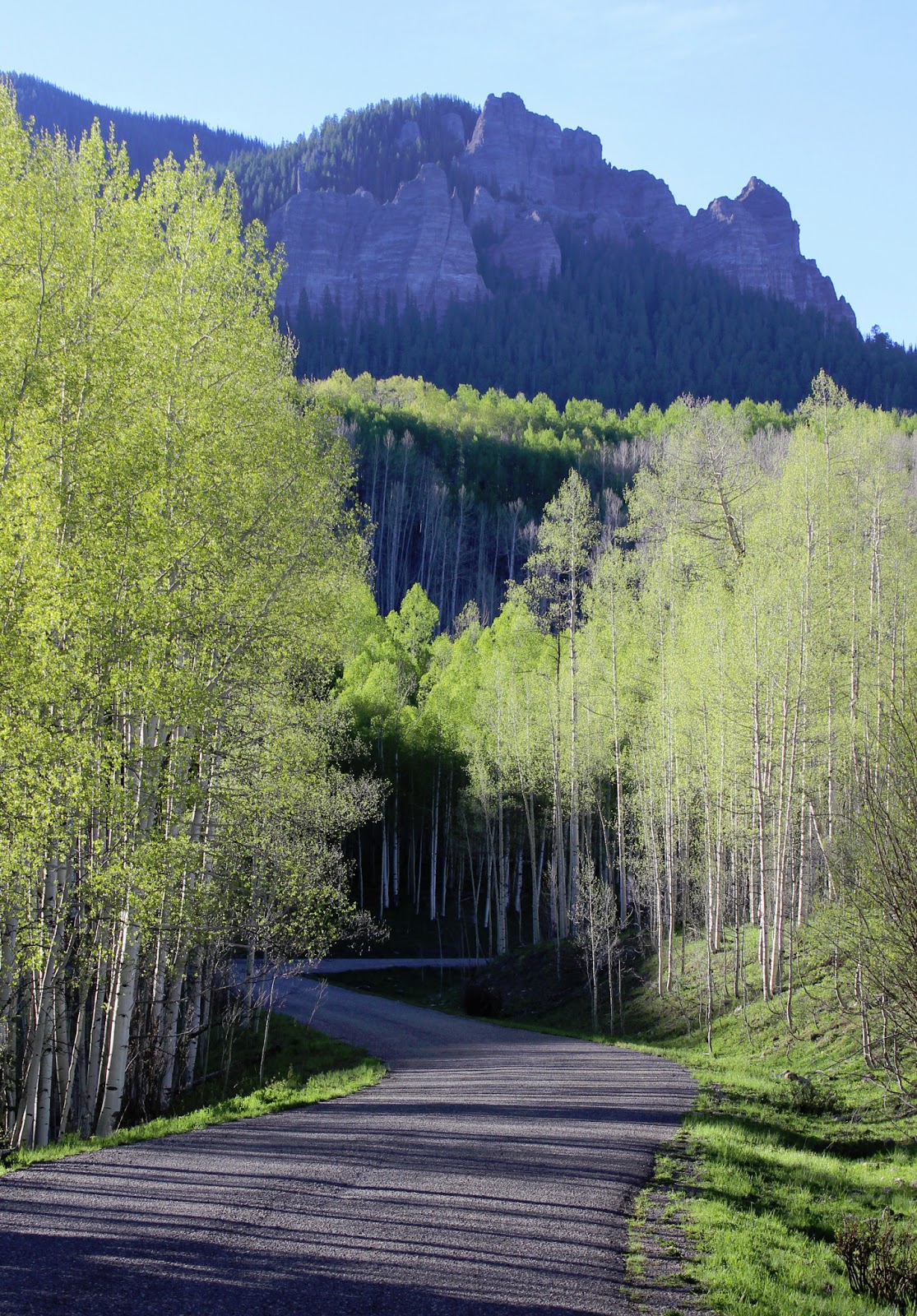