Some of you may remember, but I actually already have a post titled bridge of heaven from last summer. The thing is - I didn't get to do it! My husband and cousin, Matt did a 2 day backpacking trip which ended with the Bridge of Heaven hike. But, I had already been eyeing this hike before they had even gone on their trip - which is where today's post comes into play!
Stats:
Hike: Bridge of Heaven from Old Horsethief Trailhead
Location: Ouray, Colorado
Date: June 16, 2013
Round Trip Distance: 10.2 Miles
Starting Elevation: 7,748 Feet
Ending Elevation: 12,265 Feet
Total Elevation Gain: 4,739 Feet
I knew I wanted to go for a hike today, but somehow Saturday night managed to roll around with no plans yet as to where to go. So we settled on Bridge of Heaven. As I mentioned, I had wanted to do it, plus it was close, and Scott knew the route, so we figured it would be a good "last minute" hike.
We woke up nice and early and were on the road by 4:30, for a 5:30am start. This hike actually has 2 starting options. One of them being "New Horsethief Trail" and the other, "Old Horsetheif Trail." The old trail starts from in town, while the new trail starts from a dirt road several miles from town. The new route is also a lot less steep. But, we had been on the dirt road leading to the new trail last summer and new it wasn't the smoothest of roads, and since we've been driving the low clearance Impreza everywhere lately (better gas mileage), we settled on the old trail. And man was it tough! And steep! It was switchback after switchback after switchback. Needless to say I was getting my workout in (and some nice IPR training too)! The first 2 miles were just constant uphill with no break, and on a very rocky, slippery terrain. It wasn't terrible, but it definitely wasn't my ideal trail conditions! But luckily Scott had been on it before and assured me it was only about 2/3rds of the hike that would be on this terrain (but made sure I knew it would still be constant uphill the entire route).
About 2 1/2 miles in (which felt a lot longer than that at the pace we were going) the old trail finally meets up with the new trail. At this point the terrain became more forested and grassy and less rocky. But the uphill didn't stop, it kept up for the remaining 2 1/2 miles until we finally made it to the top! It was a relief to finally give my legs a break! And what a great place to take a break! The views were phenomenal. We had made it above tree line by this point which I always love (although it wasn't quite as "green" as I would've hoped) so there were 360 degrees worth of views! I took a nice little video to try and show them:
http://youtu.be/47epCi482ls
After 4700+ feet of elevation gain, we decided a fairly long break was in order, so we sat down right at the end of the bridge and enjoyed some snacks while the sun shone down on us! It was wonderful and so peaceful - we were the only ones on the trail!
About a half hour later we decided to get on our way and were off back down the hillside. About a mile or so into our descent, we encountered some "lovely" hail! And of course the hail starts when we were right in an open area with no trees for cover. So we picked up our pace a bit (okay a lot) until we finally made it to some trees where we quickly got out our rain jackets. Once we were all geared up for the rain we were on our way again. Luckily the hail didn't end up lasting too long - maybe 10 more minutes. After that, it was mostly clear skies with the exception of a few light raindrops here and there.
We kept on our way and eventually made it back down 4700 feet to Ouray!
Overall it was a great hike that, not going to lie, definitely kicked my butt a little bit! But I know that what doesn't kill you makes you stronger and with Imogene Pass Run coming up, I need as much preparation as I can get (it was also nice to know that this was 4700 feet of gain in 5 miles, and Imogene will be 5500 feet in 10 miles - so not quite as bad - which is good considering I don't think I could ever do that hike at the kind of pace I'll need to be at for Imogene)!
Photos from the day: 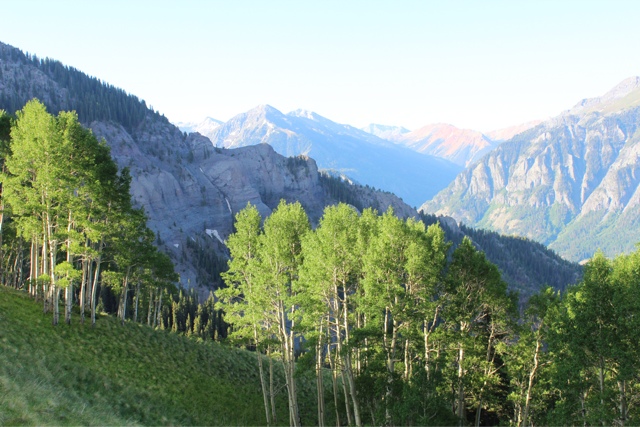 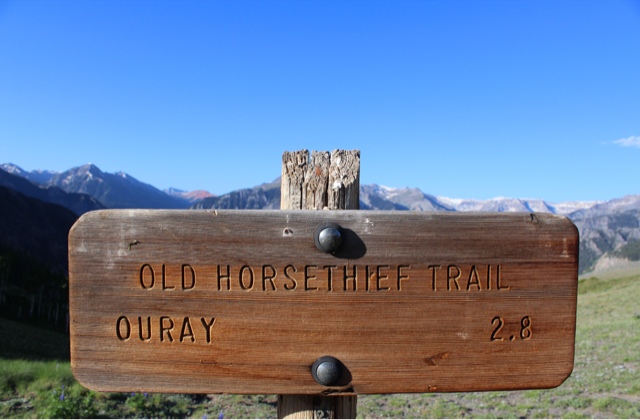 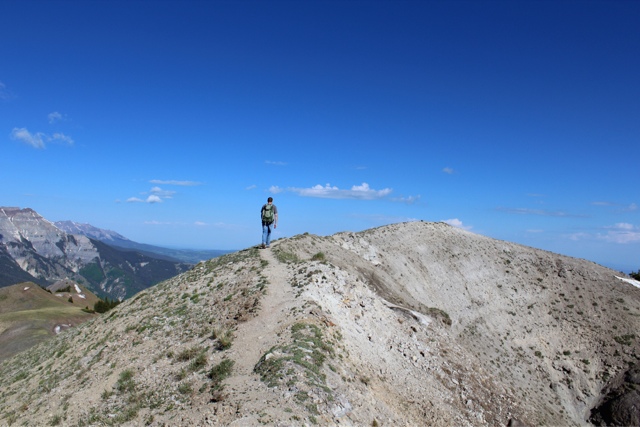 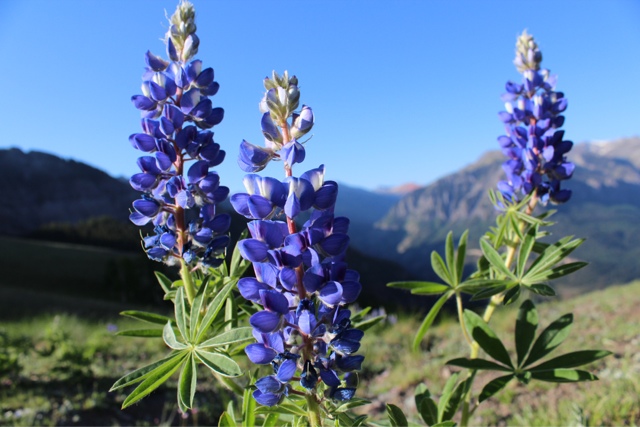 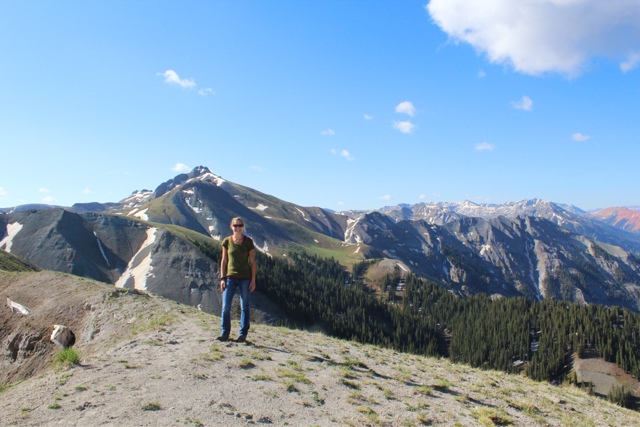 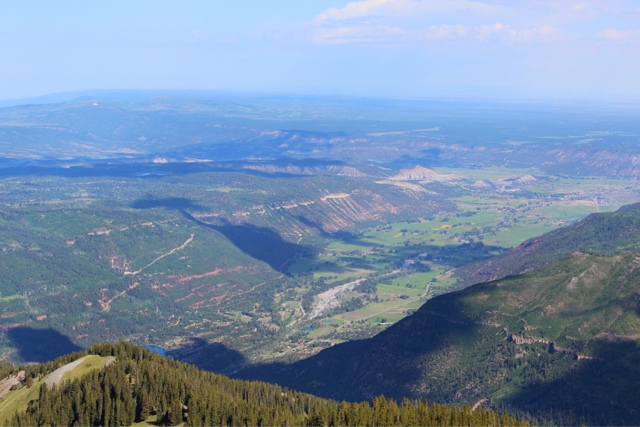 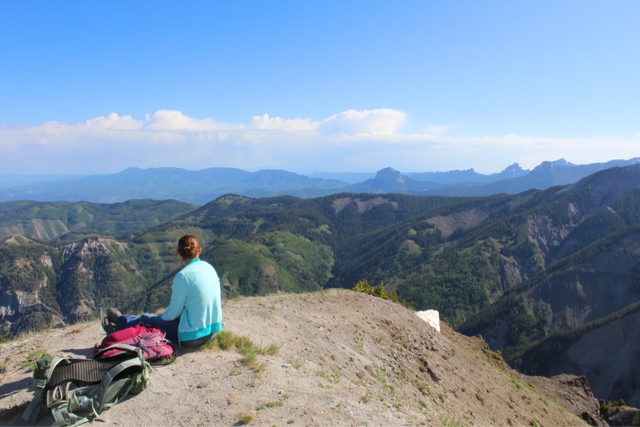 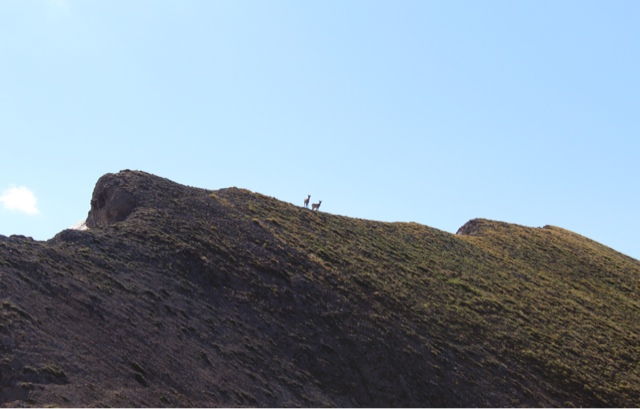 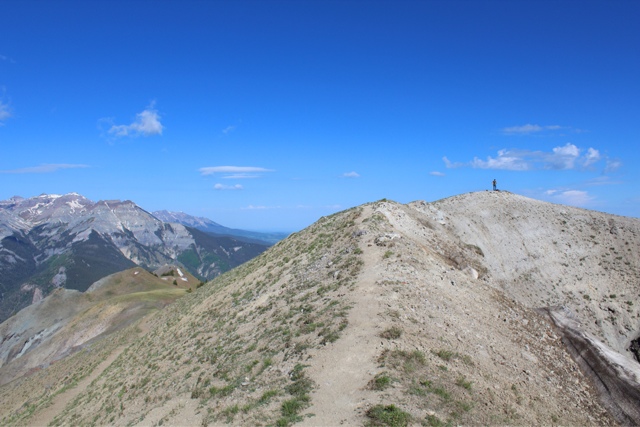