Well, after thinking I was going to be lacking on adventures this past weekend, it actually ended up being quite the opposite! Scott had to work both Saturday and Sunday, so I was surpised when I ended up with plans both days! Saturday I met up with some fellow runners in Ouray for an Imogene Pass Training Run, and then on Sunday I hiked Crag Crest Trail with a co-worker. It ended up being a different, but fun, adventure filled weekend!

Saturday's training run was mostly the same route as what I did the previous week, but ended up being a loop instead of an out-and-back. Camp Bird Road forks at Lower Camp Bird, and where I went right last week, we went left this week. On race day, I will end up going left - which I didn't know until last weekend. While the run was of course great training, I really felt like getting tips, advice, and stories of past Imogene Runs, was even more beneficial! It also helped to know I was able to keep up with almost all of the other runners! I was a little nervous going running with 5 other people, who had ALL done the IPR multiple times! So overall, I had a great run - I'm just hoping losing the next 2 weekends won't set me back too much (I'm headed on vacation to Missouri and Alaska on Saturday morning).

On Sunday, my co-worker, Sunny, and I decided it would be fun to go hiking up on Crag Crest Trail - a trail on top of the Grand Mesa. The Grand Mesa, is said to be the "world's largest flat-topped mountain" and sits between Delta and Grand Junction. I heard of this trail back when we first moved to Western Colorado, but didn't get a chance to hike it last summer - so I knew it was a "must" for this year!


Stats:
Hike: Crag Crest Trail (West Trailhead - out and back)
Location: Grand Junction, Colorado
Date: June 22, 2013
Round Trip Distance: 6.16 Miles (that we did - it is also a 10 mile loop, or you can hike from one end to the other - if you have a car on the other side - for 6.6 Miles)
Starting Elevation: 10,446 Feet
Ending Elevation: 11,155 Feet
Total Elevation Gain: 709 Feet
(Elevation according to my Garmin)
Overall this was a great hike! Very enjoyable, and I definitely think it would be a great one to take friends & family on (if we ever get anyone out here to visit long enough!). It was scenic, fairly close, and not too strenous. Sunny and I both took our dogs, and they just loved it! I had been debating taking Argie because I know he can get intimidated by other dogs, but I'm glad I did because he had a blast! I was also happy to get him out of the house before we have to board him this coming week!

The hike varies between wooded areas, open meadows, and steep, rocky terrain. Of course, the best part of the hike is when you get to the top - or the "crest". It's very similar to "bridge of heaven" from last week - you're on a fairly narrow bidge-like area where you feel like you're on top of the world. You've got views to the north all the way out to Battlement Mesa, and views to the South of the San Juan Mountains. Unfortunately, it was a little hazy, so the views aren't too clear in my photos, but it was gorgeous! Definitely one I recommend!

Pictures from the day: 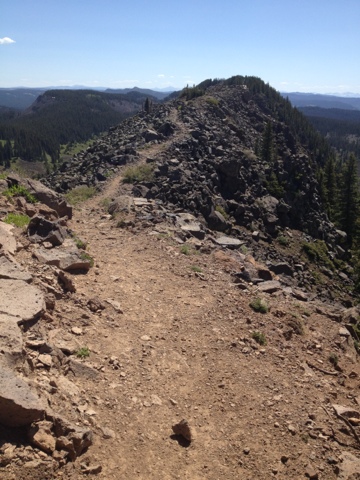 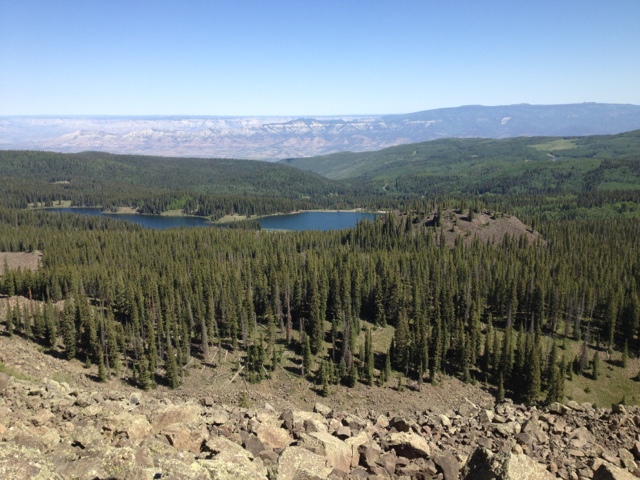 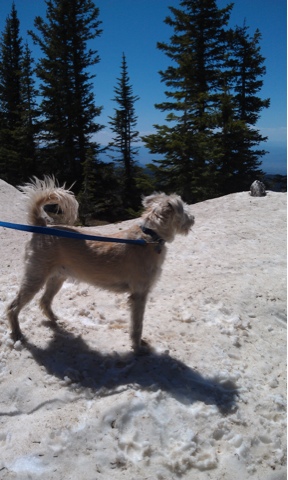 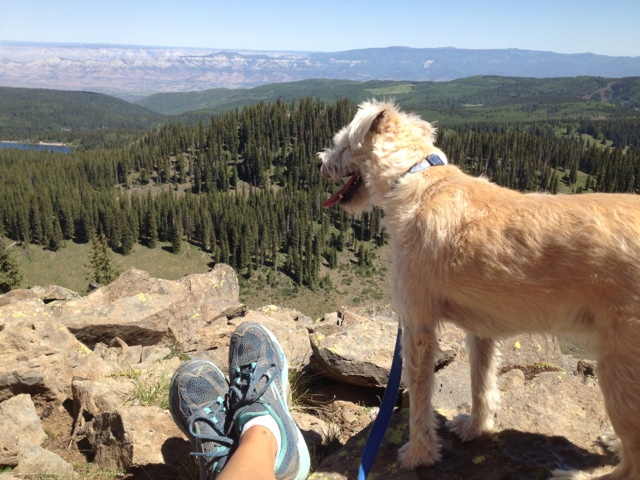 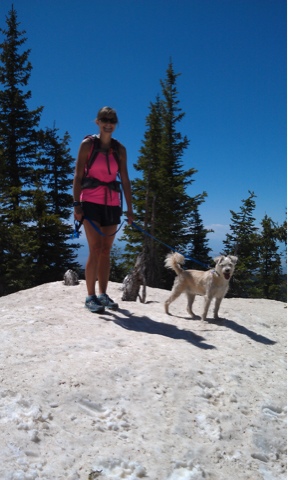 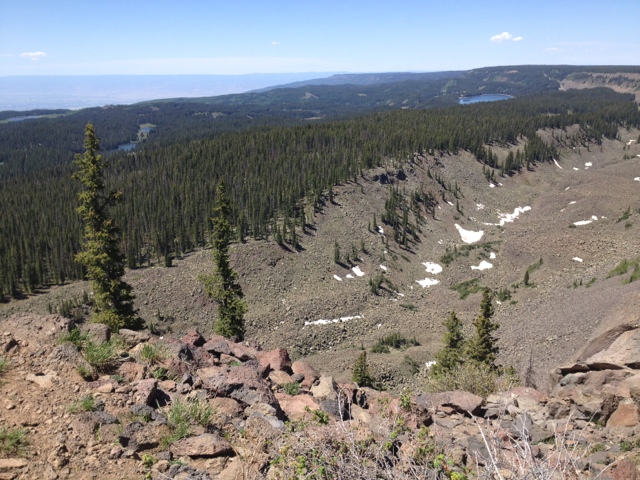 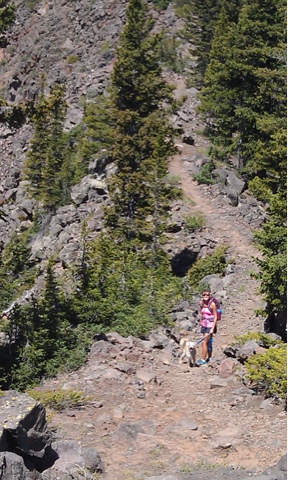 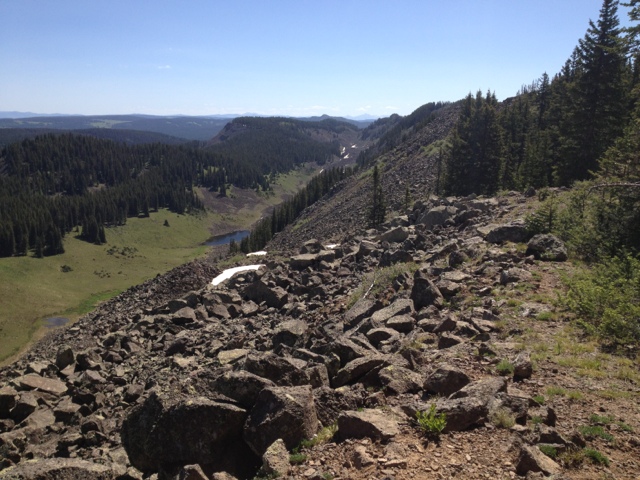