Scott had to work this weekend, so Argie and I decided to have our own little adventure! We decided to try out a hike near Ouray, to the Upper Cascade Falls and the Chief Ouray Mine. In early March we checked out the Lower Cascade Falls, which were frozen at the time, so I thought since I knew a little bit of the area, it might be a nice one to do by myself.

I parked in town, as it's only a short walk to the trailhead, and stopped off at the Lower Cascade Falls first to see what they looked like in the Summer: 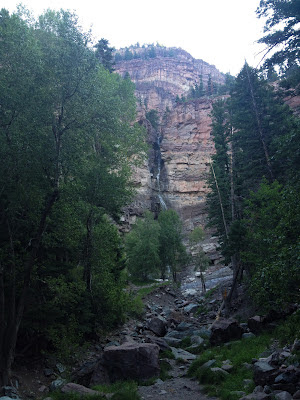 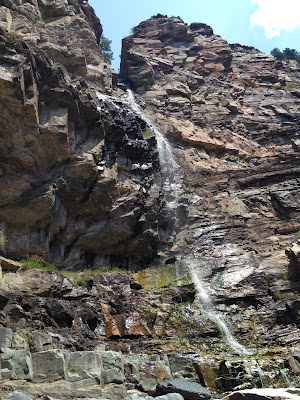 Then we got started on the 2100 foot elevation gain to the mine. The trail started with a few switchbacks along the right ride of the falls, and then led up towards a fork. Here you could continue on this trail, or do the "Ouray Perimeter Trail" which takes you on a loop above the town.

We kept on the Upper Cascades Trail until meeting up with a road (who knew I could've skipped all that elevation gain I had just done?), where we ran into a couple with a dog (this fact is important later). Argie and I continued on, when all of a sudden we heard loud barking and running. We looked around and saw a Deer headed straight for us. I was kind of in freeze mode, unsure of what to do, when the Deer veered just barely right of us at the last second. Argie and I were officially "awake" after that point, and after regaining our movement, started our ascent again.

After a bit of pleasant hiking through shady trees, we started the switchbacks. There were many, and Argie and I were getting a little tired, so we made a few stops along the way and had fun taking pictures: 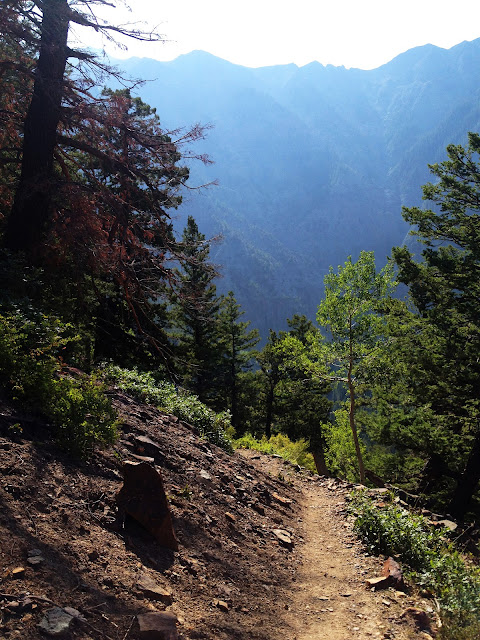 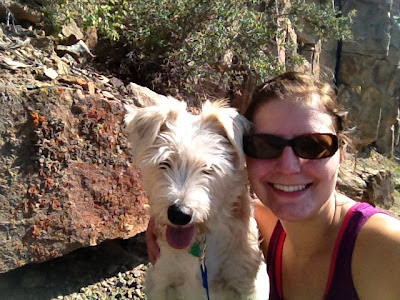 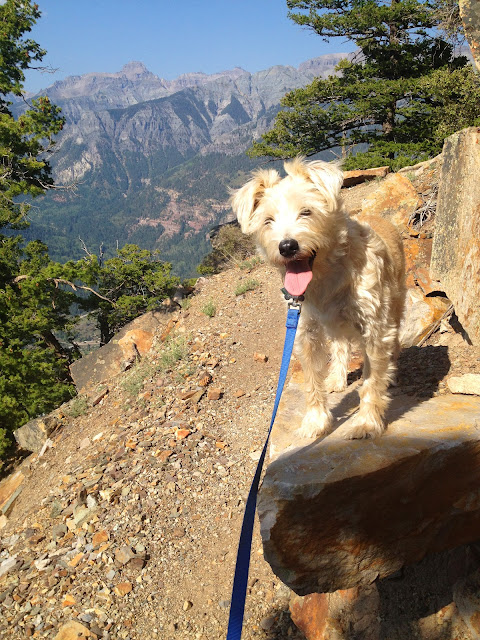 Unfortunately for the majority of the switchbacks, we were in direct sun, and I think Argie was getting quite hot. With lots of water breaks, we eventually made it through the switchbacks and rounded a corner, and were in the shade! At this point we could hear water, so we knew we were getting close. I had some fun taking some "detail" shots at this point: 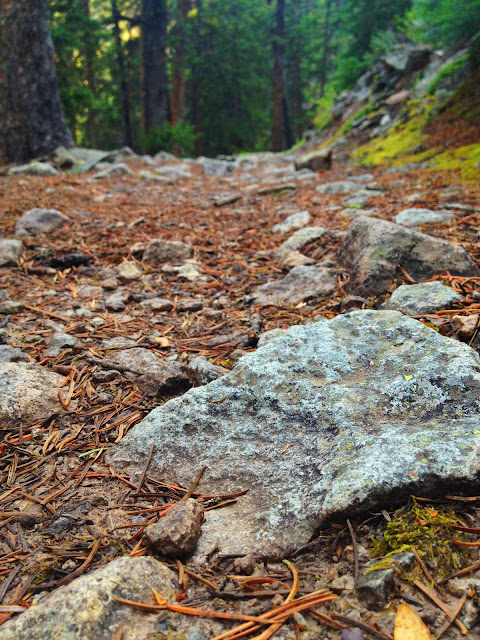 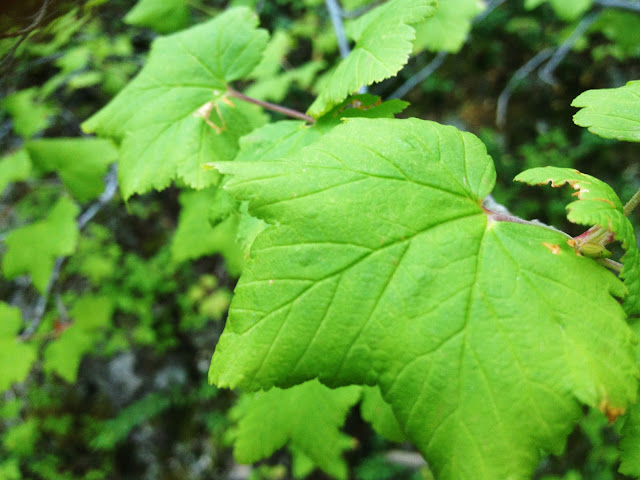 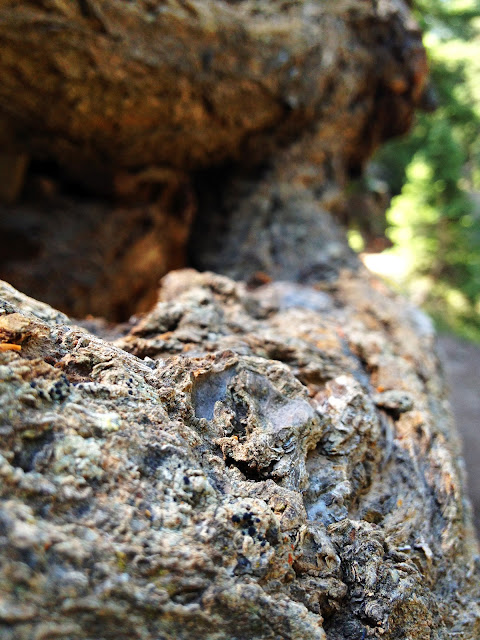 Not too much further and we reached the "Upper Falls." We were right in between two segments of falls. The falls coming from above, and then you could literally sit on the ledge next to where they fell again: 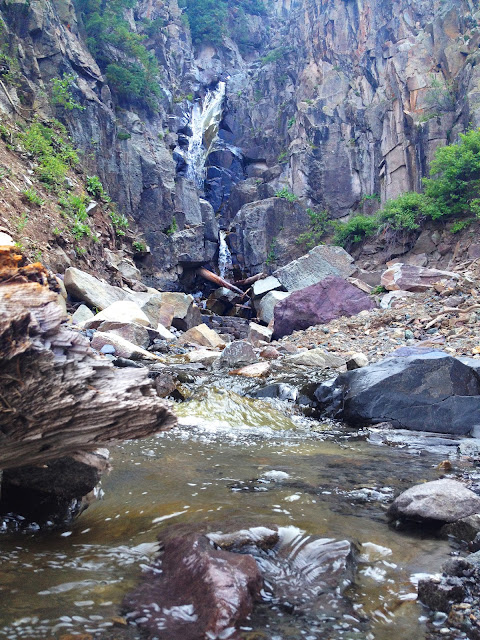 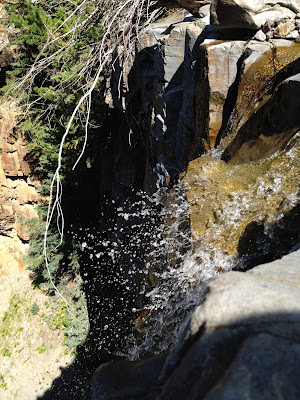 From the Falls, you could also make out an abandoned building up ahead. At first, I thought it was part of the mine, but once we got there, we could see it was a house. 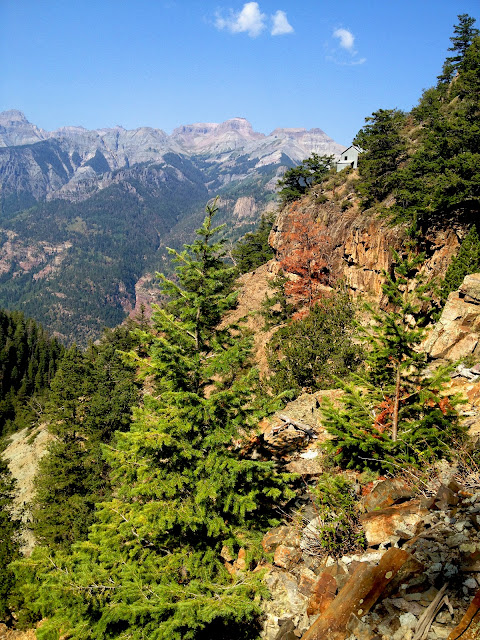 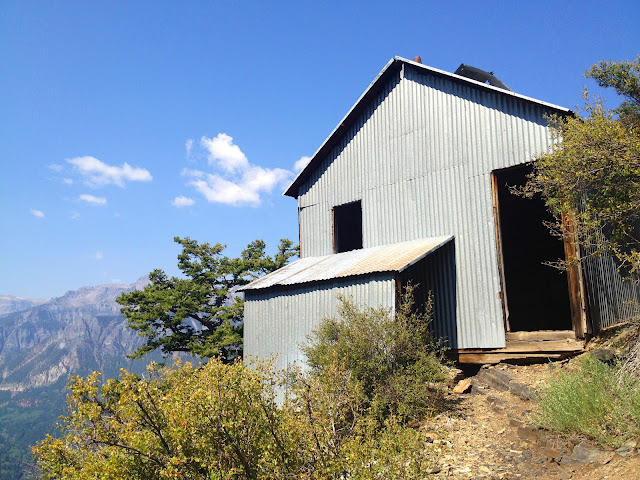 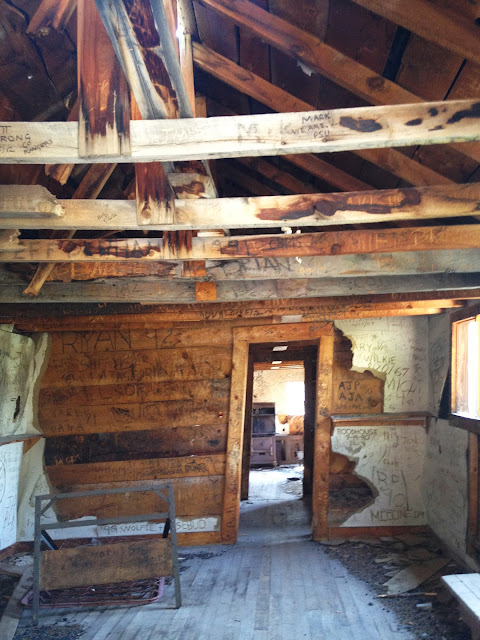 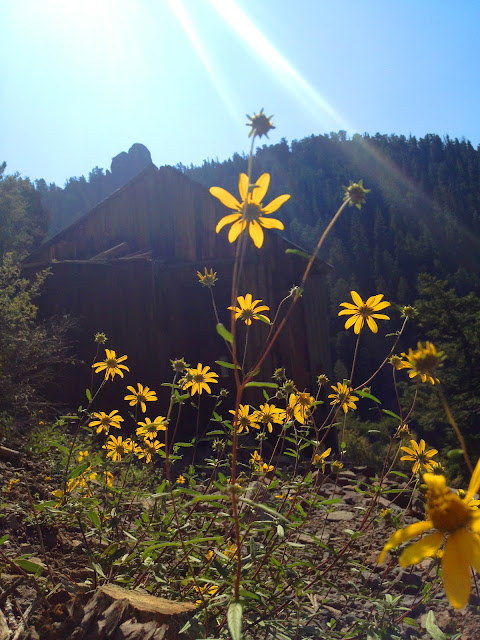 This last picture is taken from the other side of the house. You actually had to walk through the house to get to the rest of the trail. I was a little hesitant at first considering the fact that the house was lop sided, but seeing how many people had left their names inside over the years, figured it would probably stand up to me and Argie.

After making our way through the house, we continued on, and experienced some beautiful views looking down towards Ouray along the way (you can see the town in the left of the picture below). Finally, we reached the Chief Ouray Mine. There was a building with mining equipment inside, and the mine just past it. 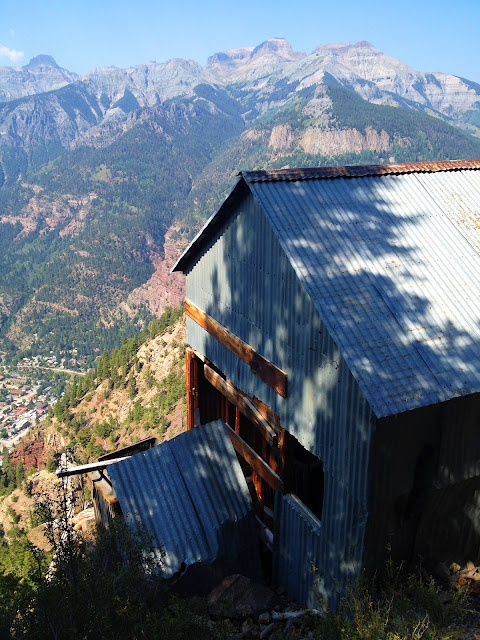 Overall a beautiful hike to spend with the dog. I thought it was a good length and a good workout, but I think I wore Argie out as he's been sleeping since the second we got back to the car!