Had a busy, busy week! Went to Montreal, Canada for work Monday through Friday and had a great time. I was a little bummed out that we didn't have any time to go into "Old Montreal," but it was still nice to see Laval (where we stayed - a suburb of Montreal), and a tiny bit of the newer part of downtown Montreal very briefly one evening. It was fun to experience a little of the French Canadian culture as well! Unfortunately I didn't really get any pictures, as every time we were out and about, it was dark. Here's one of me downtown (however it looks like I could be in just about any city). 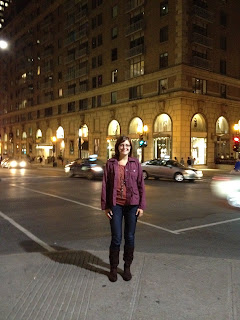 We flew out of DIA, so when I got back into Denver I decided to stay an extra day and catch up with some friends. Because I stayed behind, I had to make the drive by myself, and despite how many times I have made the drive, this ended up being the very first time I was alone. I was dreading it at first, but then realized, this way I had the freedom to make stops whenever I wanted, including a few "picture breaks," which I would always be too afraid to ask someone else to stop for.

My first stop was at Glenwood Canyon. They have a nice little rest area there, and it really is beautiful. I would love to make this stop more often. You can walk down by the Colorado River, and they even have a little beach. If it wasn't starting to get late by this point, I would've had to take off my shoes and enjoy the sand! 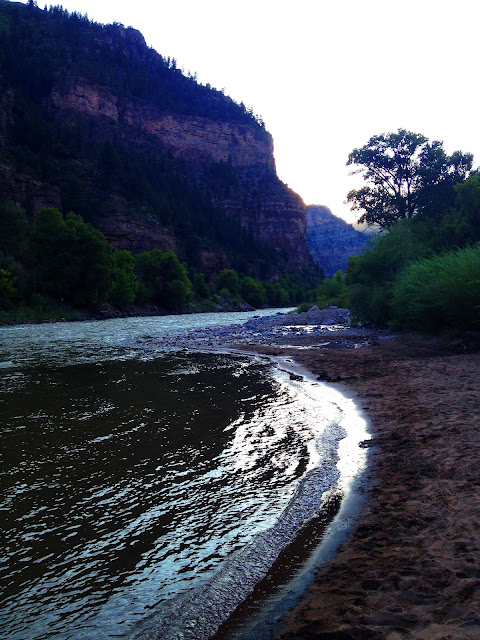 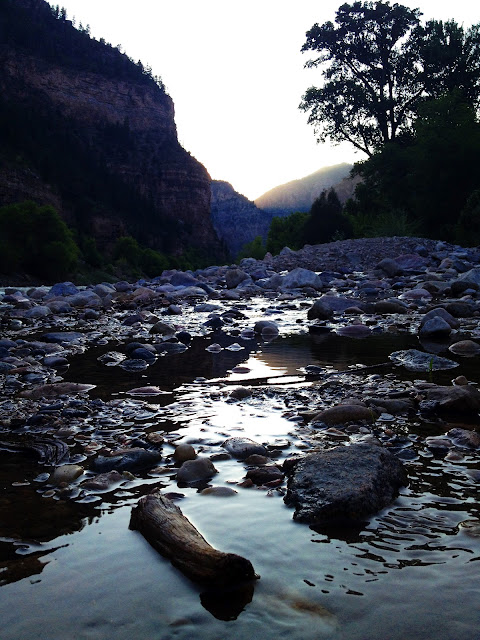 After making it to Glenwood Springs, I decided to take McClure Pass the rest of the way home, rather than the traditional I-70 route. It was getting dark at the time, which made me a little hesitant, but I'm still glad I did it because I saw some beautiful views. For those of you who don't know, to get to McClure pass, you head south at Glenwood Springs (like you're headed to Aspen), turn southwest at Carbondale, head over the pass, and then once you hit the other side you pass by several mines (which are VERY lit up with lights at night - was very awakening!), go through Paonia, Hotchkiss, and eventually Delta, where I then got back onto my usual route home from work - Hwy 50. One amazing thing was that as I rounded the top of the pass, I got to see the end of a gorgeous sunset. It was a perfect Colorado sunset, as the colors were bright orange and blue (Bronco's colors). 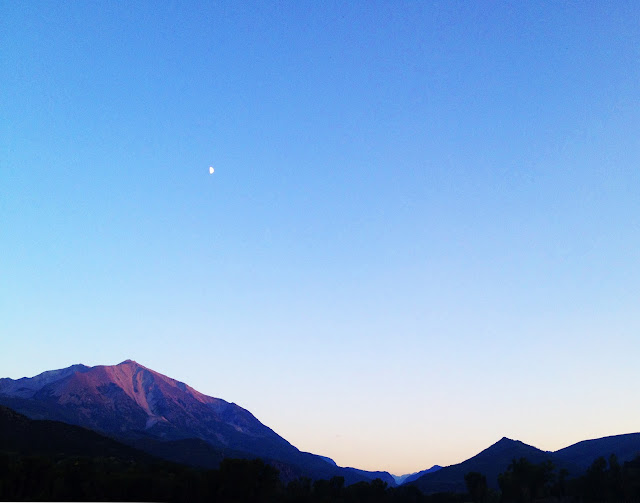 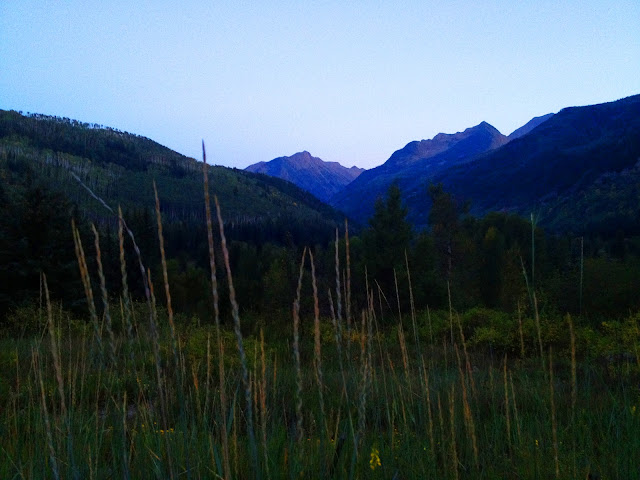 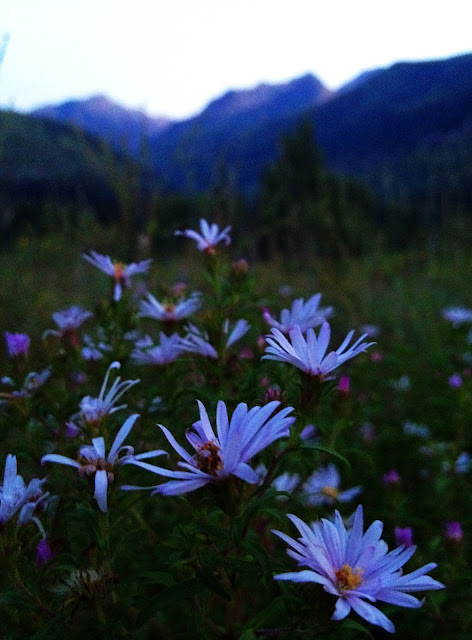 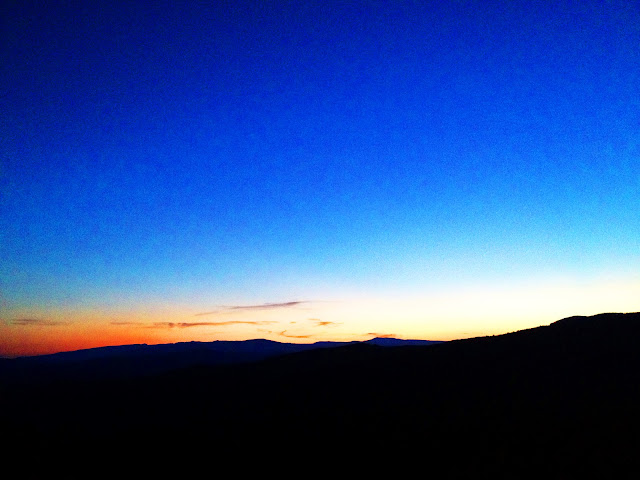 (P.S. I have to say that as much as I love my iPhone camera, it doesn't do the best job in low light. The pictures are just not very clear. I'll have to bring my regular one next time I know I'll be doing anything in the evening!)