With January quickly approaching it looks like it's time to recap yet another great year! Some highlights for 2018 include finally qualifying for the Boston Marathon (a goal I set way back in 2014), Spending my 30th Birthday running from the South Rim of the Grand Canyon to the North Rim and back, going to Paris for the first time, running through a slot canyon and seeing Horseshoe Bend, and getting a PR for the 50 Mile Distance. It was definitely another adventure-filled year and I can't wait to see what's in store for 2019!

Surprisingly I didn't run a single race in January... but you know what I did do? I went to Paris! The trip was only a week, but it summed up my month pretty well. The other three weeks of the month were spent getting back into a good training routine for Revel Mt. Charleston at the end of April. 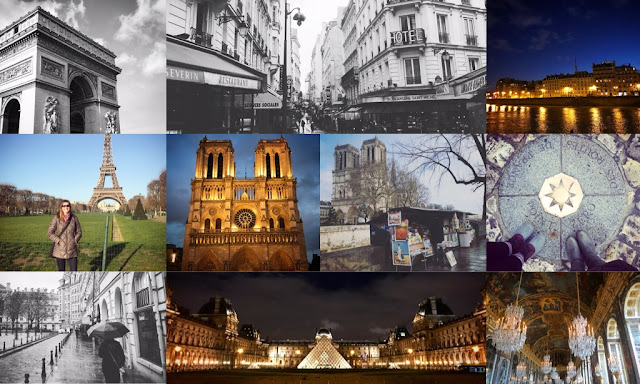 I spent February continuing to ramp up marathon training with the exception of an Ultra Marathon thrown in - Antelope Canyon 55K. I've wanted to do this race for several years now but I'm always road training this time of year so I've never done it...but I decided to just go ahead and go for it this year! Between a brief taper and recovery, it did take a couple weeks away from marathon training, but it was an awesome race and definitely worth it! 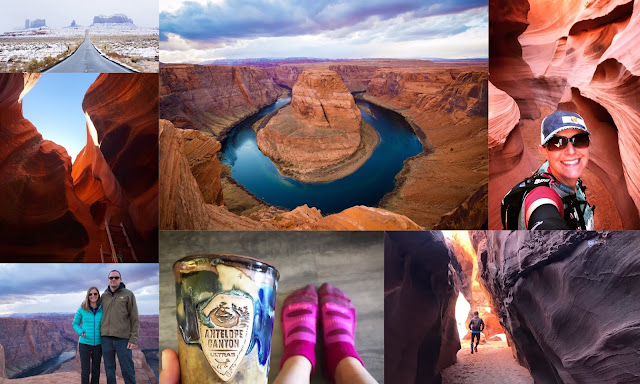 March continued with more marathon training (can you tell I was really serious about this one!) with a tune up race at Canyonlands Half Marathon on St. Patrick's Day. The wind was pretty brutal for race day, but I still managed a course PR - coming in at 1:44:41. 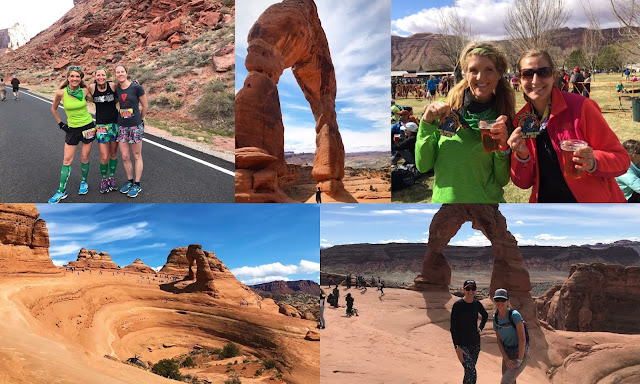 After 3 1/2 years of trying to qualify for the Boston Marathon, I am SO happy to say I FINALLY did it at Revel Mt. Charleston Marathon in Las Vegas, running a marathon PR time of 3:28:33. This was by far my racing highlight of the year. The course was beautiful, I trained well, I raced well, and I FINALLY did it! It took a lot longer than I thought when I initially set this goal back in late 2014, but to finally reach it was amazing! I was also so happy Scott got to be there with me - we spent the rest of the weekend enjoying Vegas (although I think we've determined we're not big Vegas people, but it was fun for a weekend!). 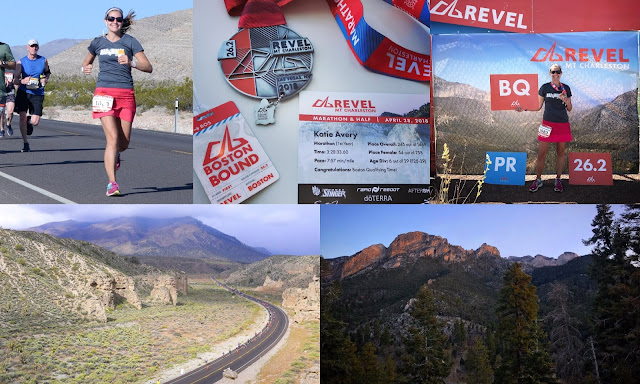 While finally getting my BQ was definitely my racing highlight of the year, running the Grand Canyon Rim-to-Rim-to-Rim on my 30th Birthday was definitely a top running highlight for the year! It was a quick trip but so, so awesome despite how incredibly difficult it was (especially the heat - topping out at over 100 degrees on the canyon floor). I wanted to do something memorable for my 30th Birthday...and I think it's safe to say I managed it! 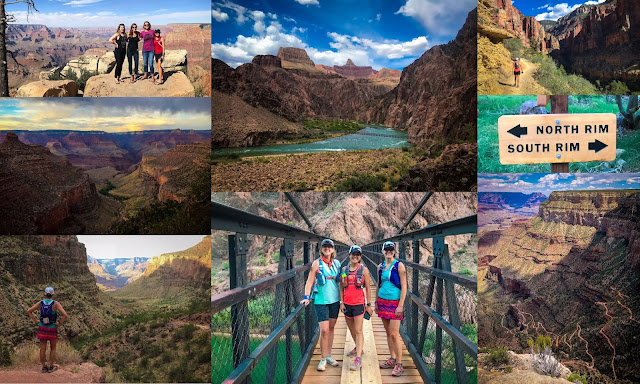 June was my crazy month. It started with the Skirt Sports Ambassador Retreat (where I also ran the Boulder Skyline Traverse), followed by a 5 day work trip to Chicago, then Country Jam (a 4 day music festival outside of Grand Junction), then a trip to Alaska to run the Anchorage Mayor's Marathon! It was awesome but crazy to say the least. 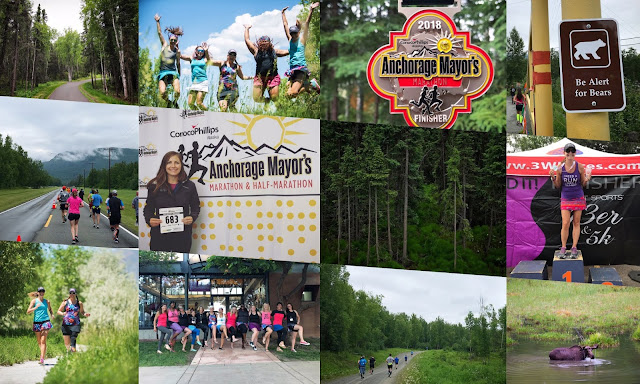 After running the Leadville Silver Rush 50 Miler for my second time and walking (running) away with a huge course PR - finishing in 11:54:28, I ended up with a hip injury that sidelined me for the rest of the month. It was kind of a welcome break though as I got to spend some weekends doing something other than running - such as paddleboarding, spectating at Hardrock 100, and camping with Scott and the dogs. 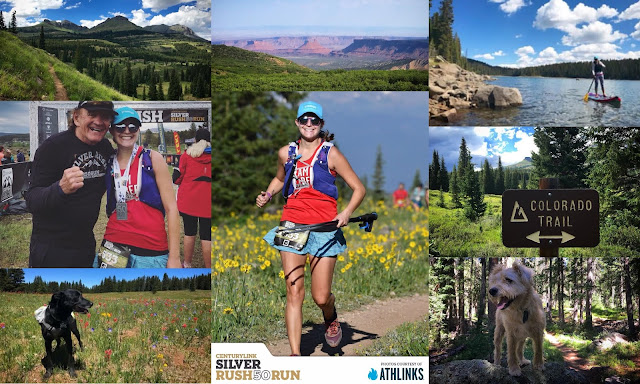 After my month off in July, I spent August playing catch-up with training for my upcoming attempt at Crested Butte 105K in mid-September. This meant every weekend was spent doing some sort of big run - starting with pacing Rocky Mountain Half, running the Telluride Mountain Run 22 Miler (which I DNF'd because the course was INSANE), and some long runs at home. I also went backpacking for the first time, where we camped at 12,000' and checked off the stunning Bear Creek Trail in Ouray from my hiking bucket list! 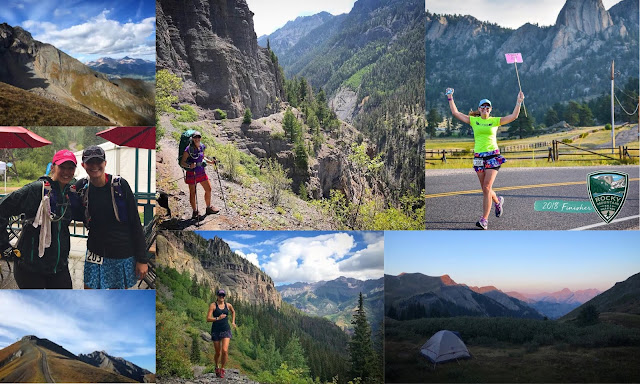 September was another crazy month. Starting with Labor Day weekend where I hiked my one 14er for the year (Quandary Peak), ran High Lonesome Loop above Nederland with Friends, and ran the Fortitude 10K (yep, that was all over Labor Day weekend). The next weekend I checked off another bucket list item - completing the Telluride Via Ferrata which was awesome and terrifying at the same time (center top picture)! The next weekend was Crested Butte 105K which I'm sad to say I DNF'd after having a terrible day. I know my short training was definitely a huge factor as I missed the Mile 42 time cutoff by a solid hour and a half... but it was a beautiful day nonetheless (the fall foliage was OUTSTANDING). The following weekend Scott and I did a fall drive of the San Juan Skyway Scenic Byway (Rigway -> Ouray -> Silverton -> Durango -> Telluride) which was beautiful! 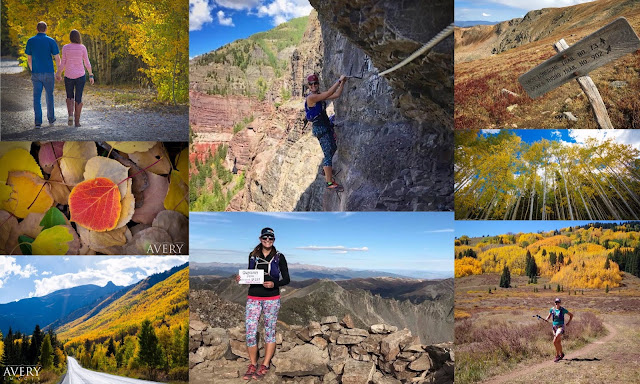 After my DNF at Crested Butte 105K, I knew I wanted to do another long ultra attempt before the season was over. I was already signed up for the Dead Horse 50K in November so I decided to just bump that up to the 50 Miler. This meant October was pretty much just spent training. The training went pretty well though - running several long runs around town, as well as running the entire perimeter of Lake Dillon in Silverthorne for a total of 23 miles, and ending the month running to Rattlesnake Arches - a local trail in Fruita that I've done before, but at the time didn't realize you could actually hike up to the top of the last arch and run across it - which was AWESOME! 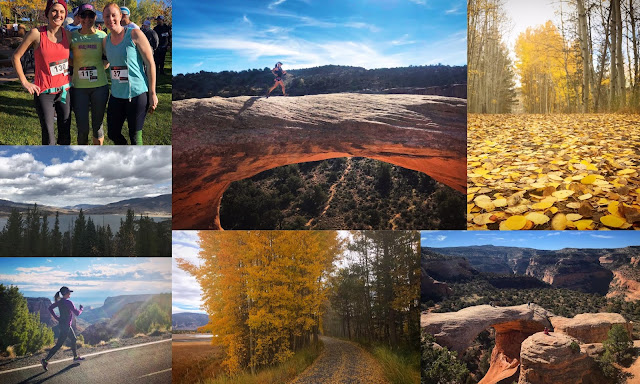 November was once again another crazy month (I always have a few of these every year). It started with my last minute decision to run Back-to-Back Marathons - running Rim Rock Marathon on November 3, followed by the Broomfield Trails Marathon on November 4. It was definitely a hard feat especially about half-way through Day 2 when my legs were wondering what the heck I was doing... But I got it done and thus moved up a level in Marathon Maniacs! I then spent the next 2 weeks doing as little as possible in an attempt to recover/taper for Dead Horse 50 on November 17th. I'm happy to say those 2 weeks of nothing worked because I managed a huge 50 mile PR at Dead Horse finishing in 10:26:57 (previous best 50 miler time was 11:16). 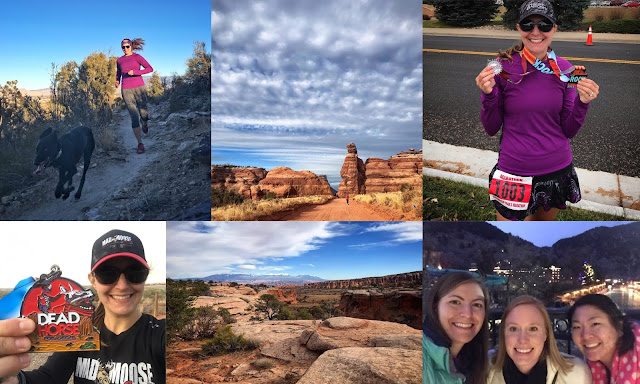 I ended my racing season for the year running the Winter Sun 10K in Moab for the 6th year in a row, and much to my surprise walked away with my second fastest time - finishing in 46:46. The rest of December was spent taking it easy before I start ramping up my mileage in the new year for Boston! 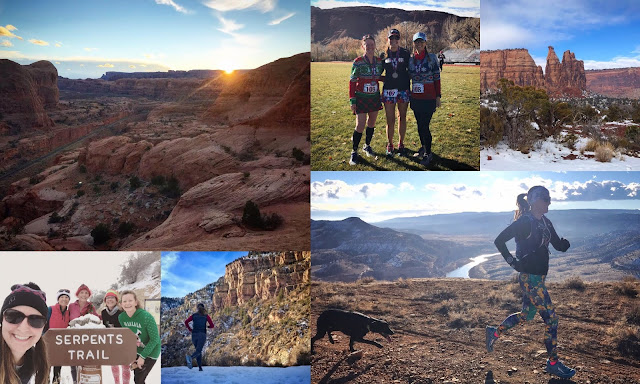 So that concludes 2018.... For 2019 I am happy to announce I am once again representing Skirt Sports and Mad Moose Events as part of their ambassador programs again! I am keeping my racing schedule for 2019 pretty open right now with the Boston Marathon being my only set race right now, which I'll run on April 15, 2019 (followed by a post-race trip to Bermuda!). My plan is to train well for Boston, but I have no intention of running it "for time". This is going to be a once or twice in a lifetime trip for me and I want to enjoy it to the fullest!