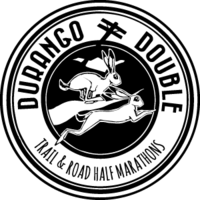 Once again - WAY late on getting yet another blog post up! The good news is that my racing has slowed down a bit, so I can hopefully catch up finally ;)!

I honestly can't really remember how/when I found out about the Durango Double - but I've wanted to do it for the past several years now. So when they announced a special "April Fool's" Discount of running the Double for the price of a Single - I decided it was be the perfect excuse to finally do it this year!

The Durango Double is a running event in - you guessed it - Durango (southwest corner of Colorado - about 3 1/2 hours from me, 6+ from Denver). It consists of a Trail Half Marathon on Saturday and a Road Half Marathon (or 5K option available too) on Sunday. I hadn't been to Durango since I was a kid (and really it was just passing through) so, ever since moving to the Western Slope, I've wanted to go check it out. This would be the perfect opportunity!

My next question was finding someone to go with me! My friend and co-worker Taryn and I went halvsies on a National Park Pass this year and had been talking about how we needed to use it some more. Well Durango is only about 30-40 minutes from Mesa Verde National Park - so I asked if she wanted to go for a weekend trip there with me and she said yes! Problem solved!

We left work about 3:30 on Friday and headed down. Thankfully the weather was great the entire drive (driving to Durango involves driving the Million Dollar Highway which is a lovely section of road where you're on the edge of a cliff with no guard rails - I can handle it in good weather...snow...yeah not so much) and we made it into town around 7. I went and picked up my race packet and then we checked into our hotel (which ended up being perfect - right in the middle of town with views of the Animas River and walking distance to all of the downtown shops and restaurants) before hitting the hot tub for a bit. Then it was time for bed, and of course getting my #FlatRunner's ready: 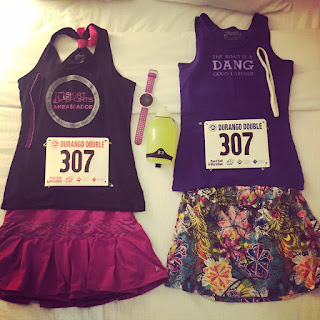 The races started at 9:00am each day, so I got up at about 7:00am and headed out at about 7:30 (note - I did not need to leave this early - Durango is not a huge town - 8:00 would have definitely sufficed). Despite it getting quite hot later in the day, it was still nice and chilly when I got there, especially in the shade, so having the extra time allowed me to walk around and check out the starting line and make a bathroom trip before shedding my many layers.

So without further ado, recap of The Trail Half:

The website for this race did not have an elevation profile, so I really had no idea what I was getting into - as without that you really have NO IDEA how hard a race is going to be. I went in naively thinking this was on the southern end of the San Juans - on the outskirts of the mountains - surely it wouldn't be TOO difficult and surely I could beat my time from Golden Leaf Half I had ran two weeks prior. Boy was I wrong...

It started out well - the first mile or so looped around the starting area before heading north where we got onto the first part of trail. Around mile 2 was when the initial climbing really started. As I believe I mentioned in the Golden Leaf Half recap, I really have not been doing much trail running. At all. So I just kept it easy - walking the steep uphills and taking pictures as I went. That first climb ended up being about 1000 feet over about 3 miles before we finally made it to the top. Unfortunately one of the volunteer's made the mistake of saying, "it's ALL downhill from here". OKAY let me stop you right there, volunteer... For starters, thank you for volunteering, BUT - do NOT tell people it's all downhill from here, when there is another 1000 foot climb two miles later.... but we'll get to that in a minute.

So we start heading back down around Mile 5. I had a feeling that volunteer was wrong because surely there can't be THAT much downhill when you still have 8 miles left in a Half Marathon - but I figured, it's probably just no more "significant" climbing. Yeah...no...it was. As I mentioned above, about another 1000 feet of up from Miles 6 to 8 - including, the absolute WORST uphill I have ever endured in a race - I mean this was Manitou Incline steep (although thankfully this section was only for about 1/4 mile):

Yeah...no joke there. Thankfully once we were done with that, we ACTUALLY were done with the majority of the climbing and the rest of the race was very runnable back into town. Unfortunately my time had really suffered during both climbs, and once you combine that with the fact that the course was VERY rocky (making fast downhill miles almost impossible) and I was still in for a LONG Half Marathon. Not only did I not beat my Golden Leaf Half time, I didn't even come CLOSE! I ended up finishing in 2:58:45 - just under the 3 hour mark. Ohwell though - it was by far my toughest half this year, and I got to see some of the Durango trails (including a LEGIT Tarantula - see below), so it was overall a win!


In the afternoon on Saturday, Taryn and I went to check out Mesa Verde: 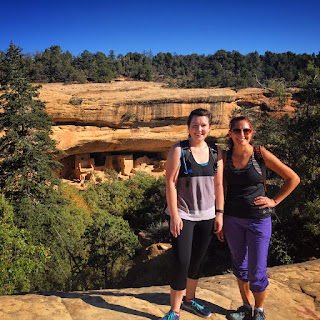 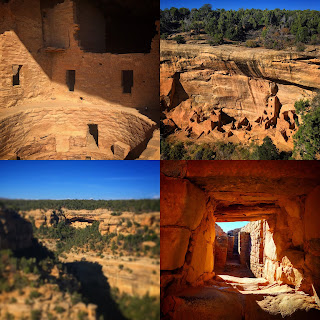 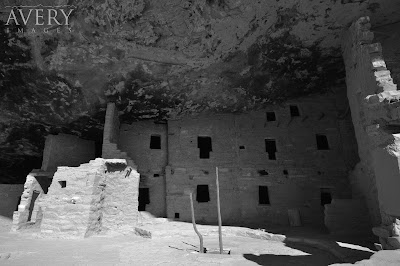 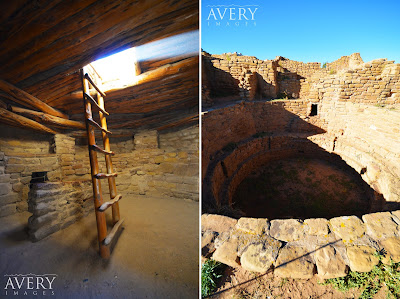 Now onto the Road Half:

Once again, I went into this not knowing what to expect. I did figure it would at least be easier than the day before's race... which I was right about - although I still would not call this an easy road Half, in the slightest.... Thankfully, while waiting for the race to start, I found a friend from Instagram who had ran it from last year, and she warned me that the you had to run up to Fort Lewis College at the beginning of the race (which was supposedly up a big hill). Well at least that left me with the understanding that this wouldn't necessarily be an "easy" one either - so I just settled on having fun for this one as well.

The race started out heading north into town (both races started on the southern outskirts of town at the Animas Surgical Hospital) and just like I was warned, was uphill from the get-go for the first 3 or so miles until we reached the Ft. Lewis College campus (which is located about 700 feet above the town of Durango). We ran around the campus until about Mile 5, had one last uphill and then got about 1 mile of steep downhill. I used this downhill to try and make up some of my time, but also didn't push it too hard given the fact that I was on Day 2 of racing. I had kind of been hoping for under 2 hours, but once I experienced 700 feet of gain in the first 3, that kind of went out the window and I instead just enjoyed the views and took several pictures along the way. 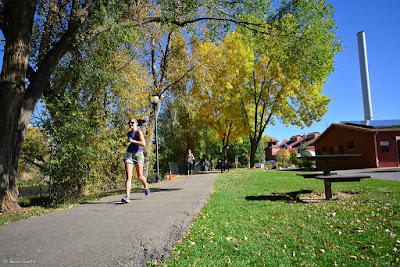 Despite the elevation profile showing that it really is all downhill from the 5 mile mark until the finish - it really felt pretty flat after mile 6.5 - so I just did my best to maintain a moderate pace as best as I could. Around mile 8 or 9, we got onto the Animas River Trail for the remainder of the race. This is a paved bike path running along the river with several bridges along the route - so we crossed back and forth multiple times which was fun.

After the race, we grabbed some Starbucks and then hit the road to head back home. I had originally wanted to drive over Lizard Head Pass on the way back - since it's part of the San Juan Skyway Scenic Byway that I have yet to drive - but it was going to make for a much longer drive, so we went back the same way through Silverton. I didn't mind too much though because it had been dark for some of the drive on Friday, so I got to see some more fall color this time! I also took a quick detour up to Dallas Divide once we got to Ridgway so I could catch my favorite Colorado Mountain view while there was still some fall color out!