Apparently I didn't soak enough fall foliage in on Saturday, because I decided to head out again on Sunday for round two! Since I had driven about 250 miles the day before, I opted for something a little closer to home this time. I had been wanting to drive up to Dallas Divide so I could compare last years infamous fall picture (infamous compared to my standards) to this year. Plus I just love stopping at the Dallas Divide overlook - it is by far one of the prettiest views you will ever see in Colorado - the grandeur of the Sneffels range is astounding (and yes I know I'm starting to sound cheesy with all of these adjectives, but I'm running out of new words to describe all of these places! They are incredible).

Dallas Divide is about 10-15 minutes west of Ridgway (which is 30 minutes south of home), so I figured I would make a quick trip up there, head back to Ridgway and then attempt to drive to the summit of Owl Creek Pass, just east of town. The pass connects Ridgway to Silverjack Reservoir in the Cimmaron Range (where we camped in early June this year - another stunning place). I had read that Owl Creek Pass was a good fall drive, but didn't realize it was traversable in a low-clearance car until researching it further last week.

It ended up being another spectacular day in the San Juan Mountains! Dallas Divide was definitely prettier last year (which could partly be due to timing - I went 2 weeks later this year - but I also just feel like the trees this year aren't quite as cohesive, so I'm not sure going any earlier really would've helped). But I did love how the peaks were snow capped. I'm almost thinking maybe I should just Photoshop the snow capped peaks form this year onto my photo from last year, to form the perfect picture. Is that cheating in the world of amateur photography?!

Anyways, after enjoying the views at Dallas Divide and letting Argie get some fresh air (since the drive wasn't as far, I brought him along), we hopped back in the car and headed back to Ridgway, grabbed a snack, and then started the drive up into the Cimmarons.

It takes about 13 miles up County Road 10 to get to the top of Owl Creek Pass. To be honest, reaching the pass was a little anticlimactic. There was a small parking area and a sign, but it's all hidden in the trees. The views are much better along the way up!

Overall, I really enjoyed this drive (and watching my dog have a blast sticking his head out of the window) but didn't feel like I got quite as many good pictures as I did of Lake City. Nevertheless it was still a beautiful day: 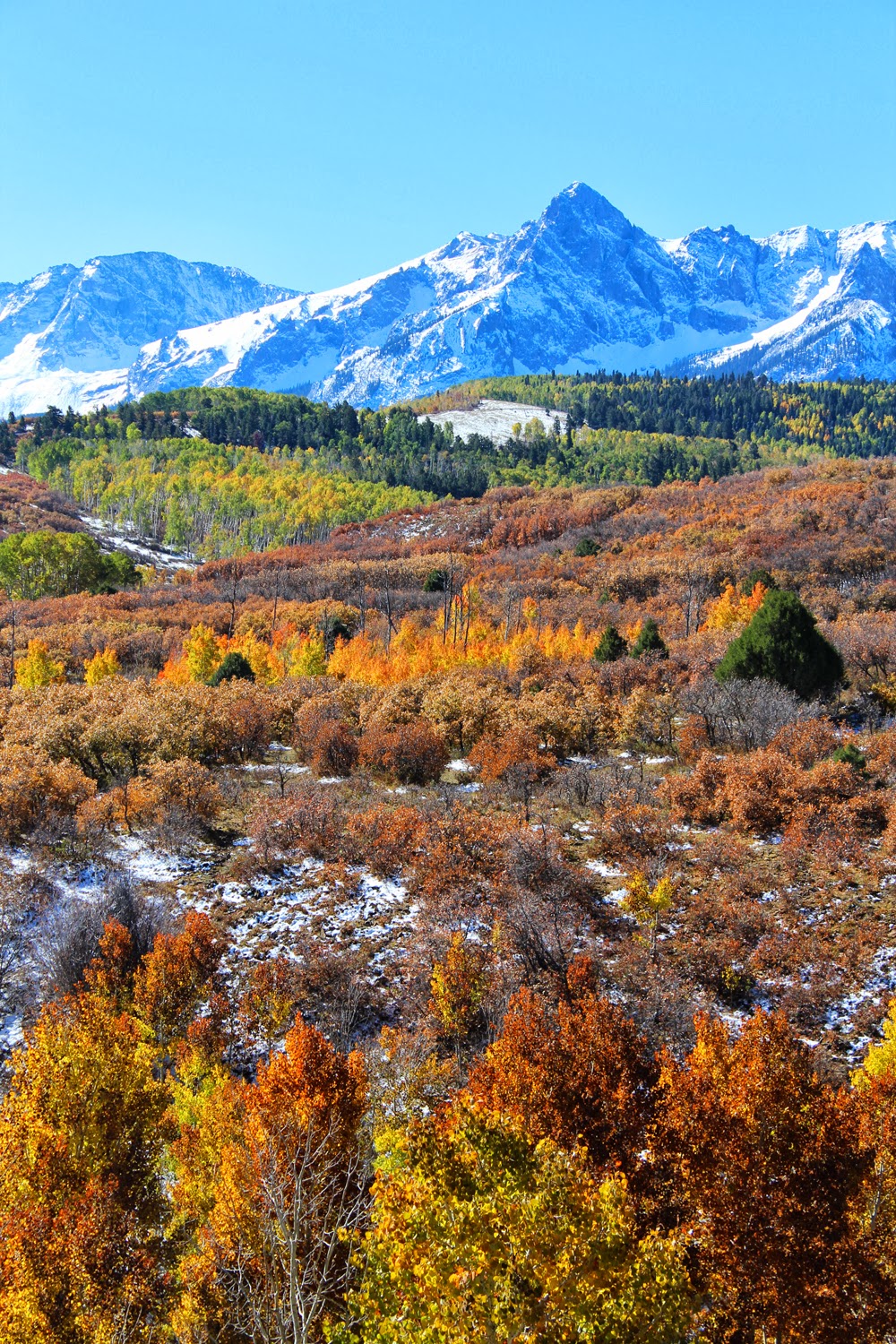 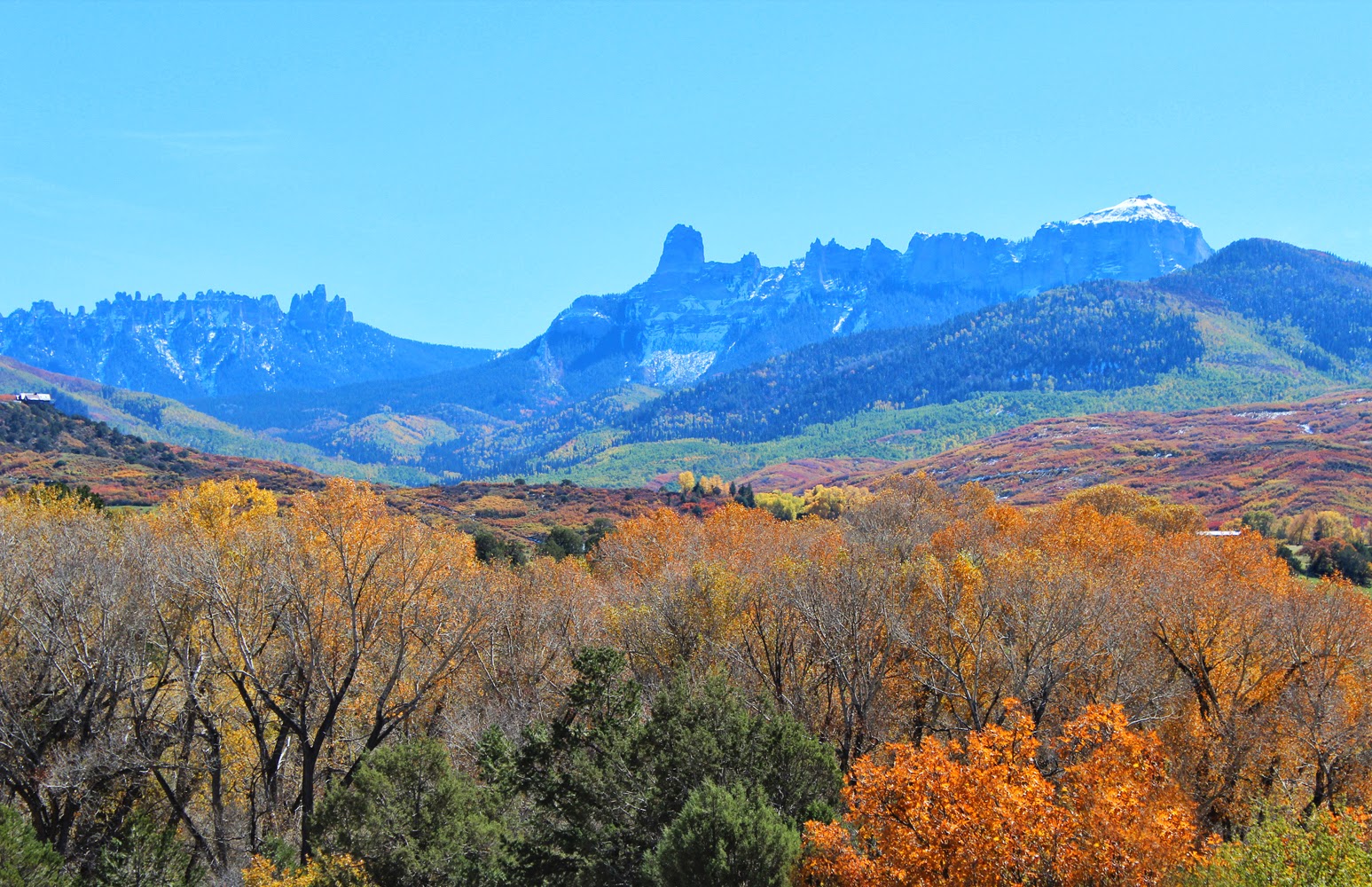 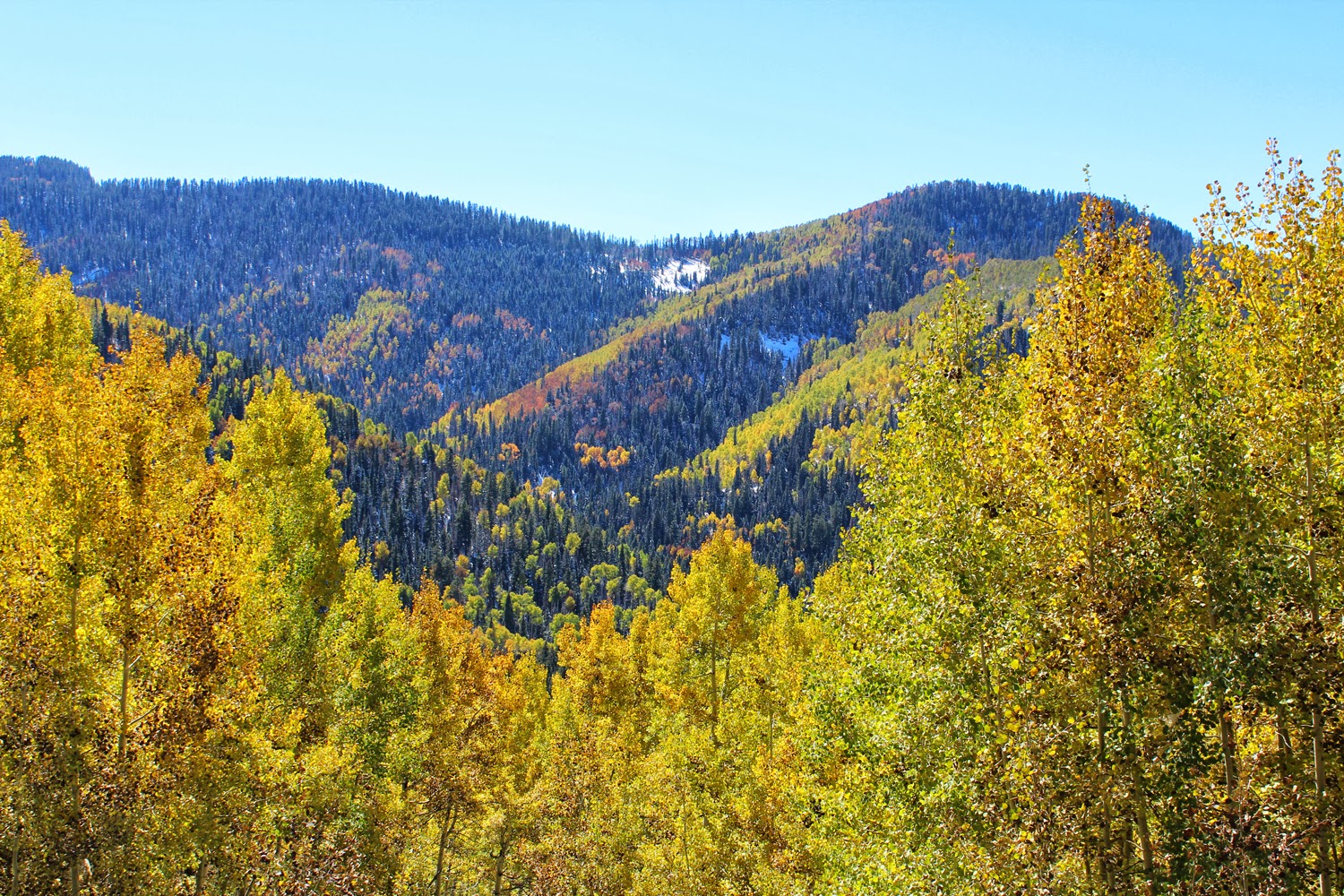 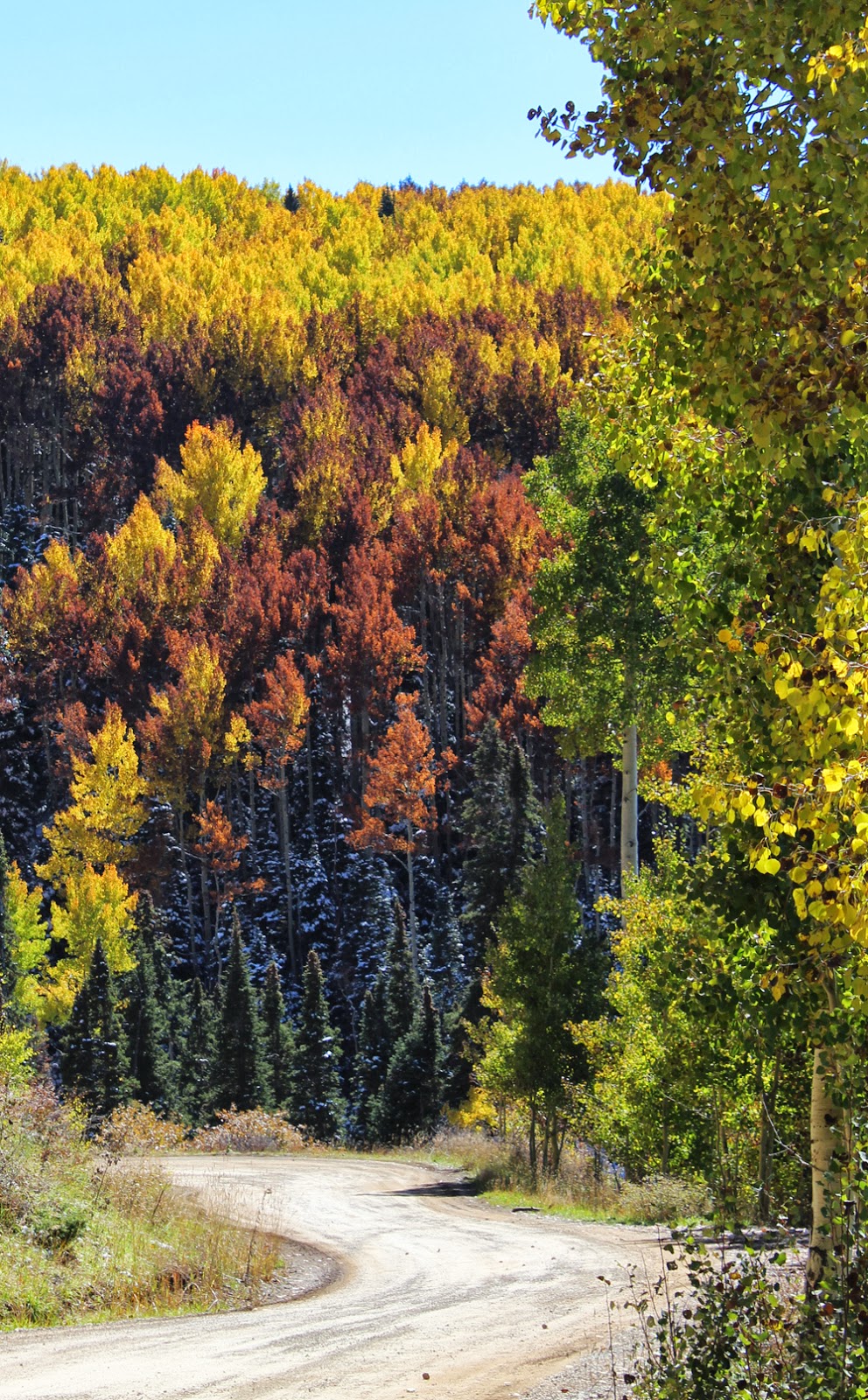 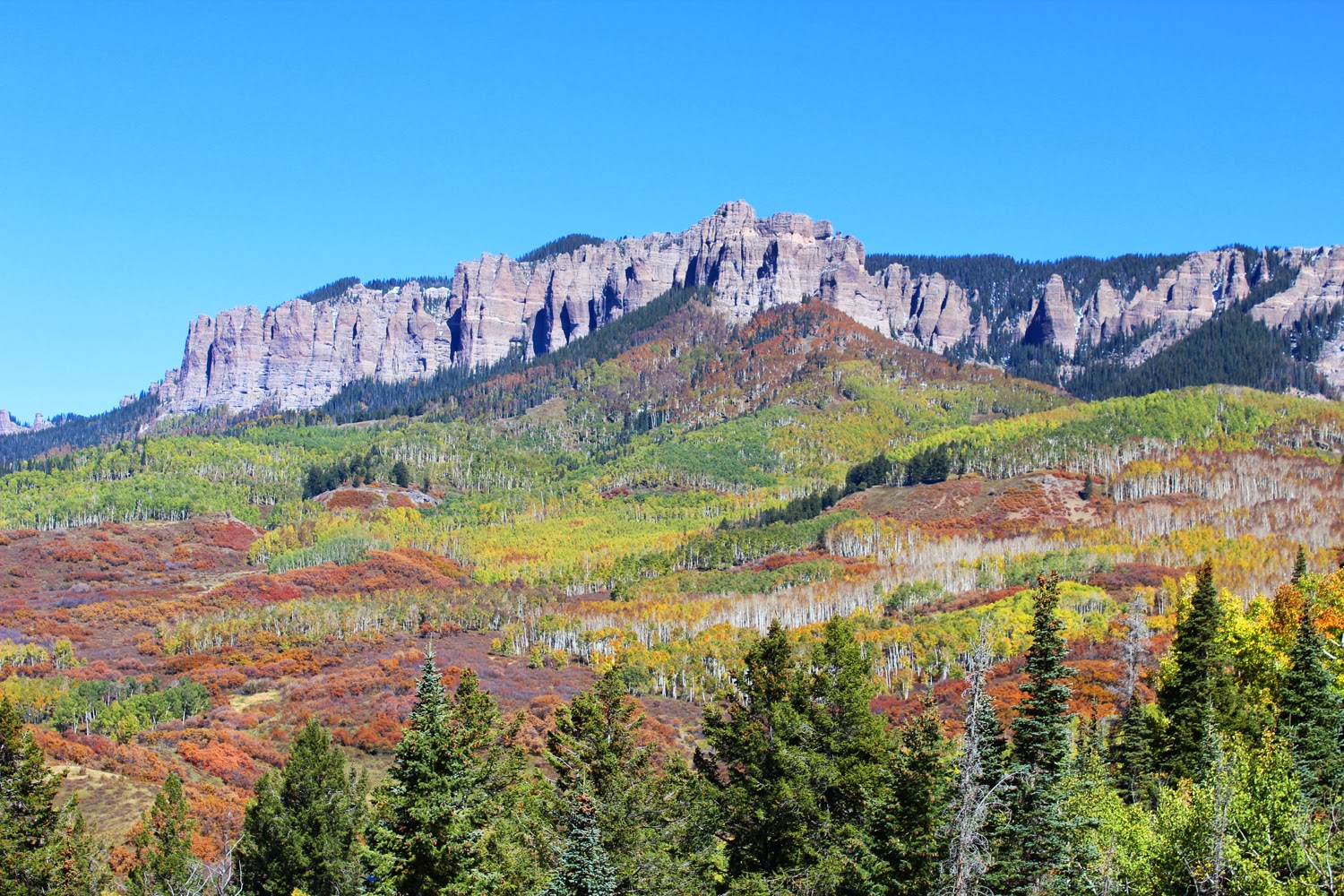