We had a bit of a different (and also very busy) weekend this past week, which is why I'm just now managing to get a post up. Back in June I got a call from my aunt asking if Scott might be interested in backpacking with my cousin, Matt. Well, he was, and so this past weekend, Matt came to Colorado from Georgia so they could set out on an adventure.

My mom and aunt also came over from the Denver area to see them off and spend Saturday with me, exploring the Montrose area a bit. We did some shopping downtown and picked up some local produce (squash, sweet corn, tomatoes, and peaches) and had a nice girls weekend.

Despite not doing any hiking myself, I was still able to see some great views both when dropping the guys off, and then when driving my mom and aunt over Dallas Divide, in order to show them some gorgeous views of the San Juan Mountains. So I'll start with a few pictures I took, then Scott is actually going to do his own post, followed by some of his pictures. 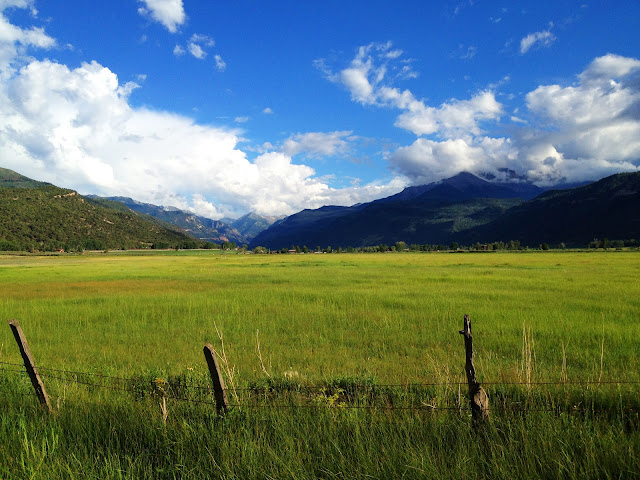 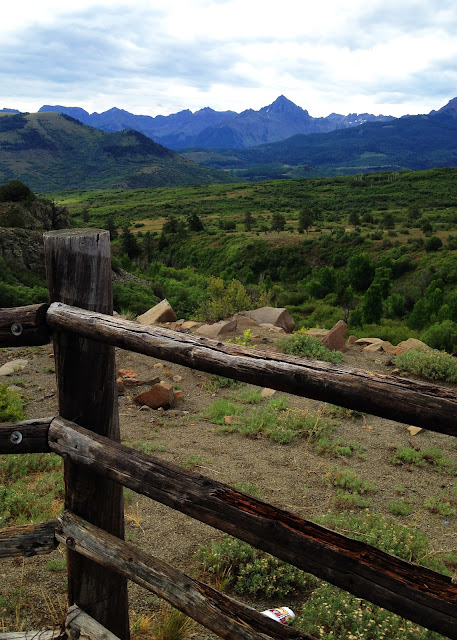 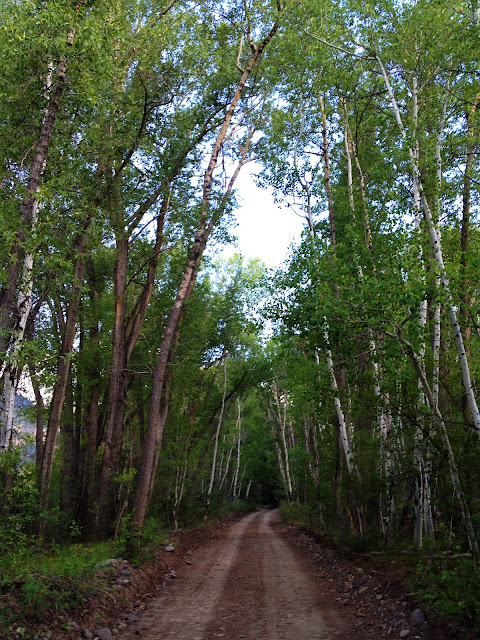 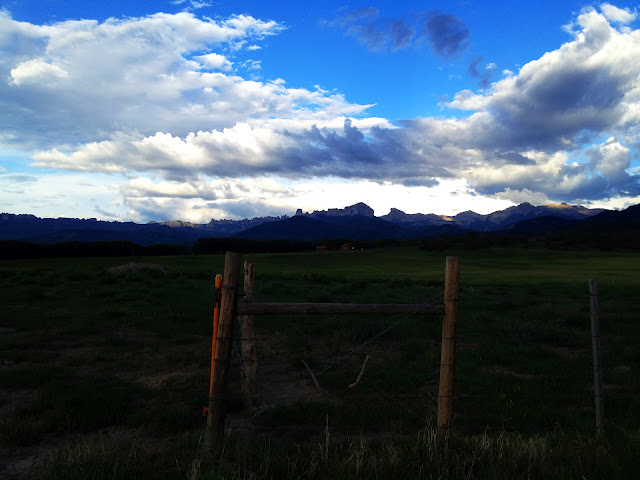 Scott's Post:
It was a dark and stormy morning….  Well it wasn’t stormy yet (we’ll get to that part) but it was cloudy.  The weather report called for scattered afternoon thunder storms for all four planned days of backpacking.  Matt and I started just south of Ouray on Bear Creek trail for a four day camping trip across the Uncompaghre Wilderness.  We would hit the area’s high point, Uncompaghre Peak, then hike out towards Ridgway where a vehicle was waiting.  The trail started uphill as many trails do in the Rockies and we didn’t stop going up until the end of the day.  Along the way we saw a couple of abandoned buildings belonging to old mines in the area.  There was one mine next to the trail that was so deep our flashlights couldn’t penetrate the darkness.  We wisely decided against exploration in case of any critters that we couldn’t see.  Eventually we came to a U-shaped valley full of marmots, and in the distance, a herd of 30ish elk.  They quickly spotted us and we watched how they grouped together and shot straight up the mountain side.  Something that would take us well over two hours took them about 10 minutes.

At the top of the U-shaped valley, we came to the high point of day one.  After being rained on for most the day and traveling 4000 feet in elevation in 8 miles, we were dead tired and seriously considering a shorter route home.  And the worst of the weather was yet to come.  We could see our first camp site – American Lake.  As we made our way there, the clouds opened up and poured on us.  The hardest rain we had seen all day soon turned to hail.  It wasn't that big but it was the stinging type.  We kept walking until the weather broke and quickly set up the tent as more mean looking clouds were coming.  Like clockwork, as soon as we got our sleeping bags inside, more rain came.  It was like this most of the night.  We used the breaks in weather to eat, grab gear, or use the restroom, but most the night was spent hunkered down.  It felt like the tent would blow away if we weren’t in it.  And the rain was so hard, it would hit the tent wall and burst into many little droplets peppering our faces.  I’ll admit my sleeping bag got a little wet that night.  And by “a little” I mean, I had to go out to the packs and grab my rain coat to keep dry.  It worked though!  First time I slept in a rain coat in a sleeping bag, but I was dry and toasty so I’ll take it.

Morning came at 6am and everything was soaked.  We were both carrying at least 10 extra pounds because of the rain.  After packing up, grabbing a bite to eat, and filling the water bottles in a nearby stream, we got back on the trial.  During the night we both agreed that a two day trip would be just as fun as a four day trip, with less weather and elevation related misery.  Foregoing Uncompaghre Peak, Horsethief Trail was pretty uneventful on the way back.  No rain at all, which was great, and some wildflowers that covered picturesque valleys.  But the highlight of the trip was going to the Bridge of Heaven.  It’s the kind of place you have to see to believe because even the panoramic function on a camera could not capture the essence. We were 5000 feet above Ouray and coming down from that was no easy chore.  It really did seem those last five miles from the Bridge of heaven would never end.  With heavy packs and a steep grade we had some sore feet nearing the bottom.  All in all we traveled 8 miles the first day and a blistering 16 miles the second day with an elevation change of over 5000 feet.  And as it turns out, it was a good thing we decided to cut the trip short because there was a flash flood warning for the area on what would have been our fourth day. 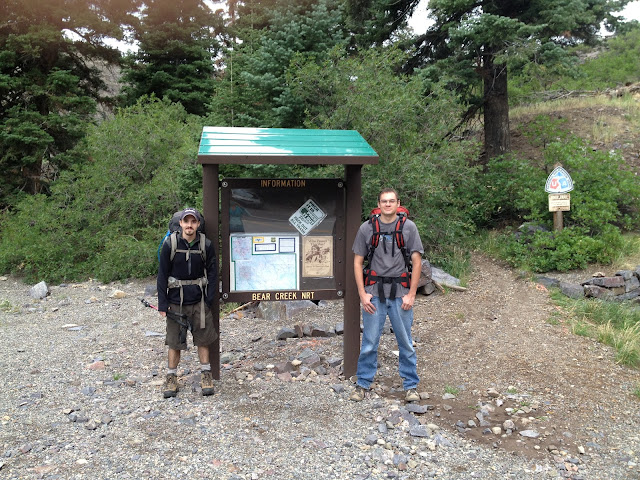 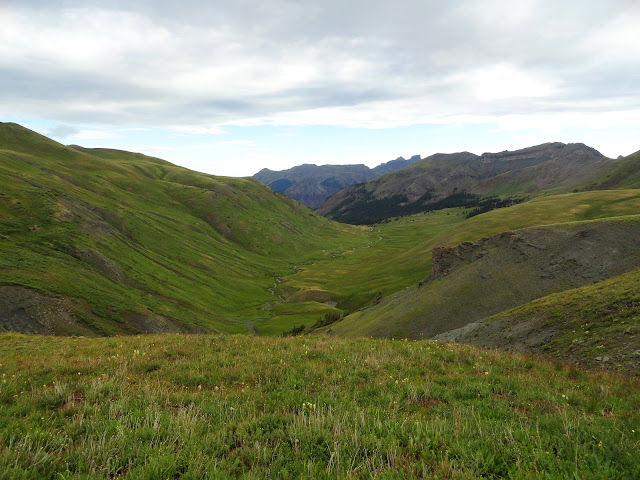 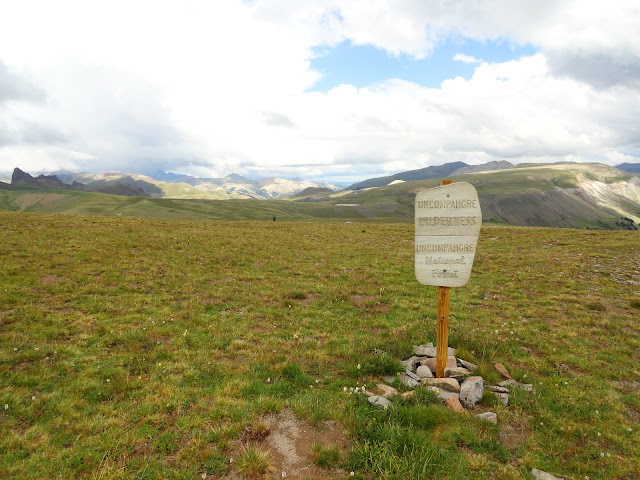 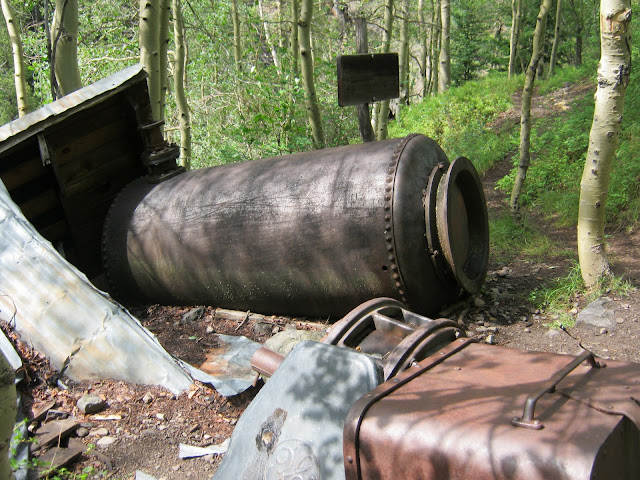 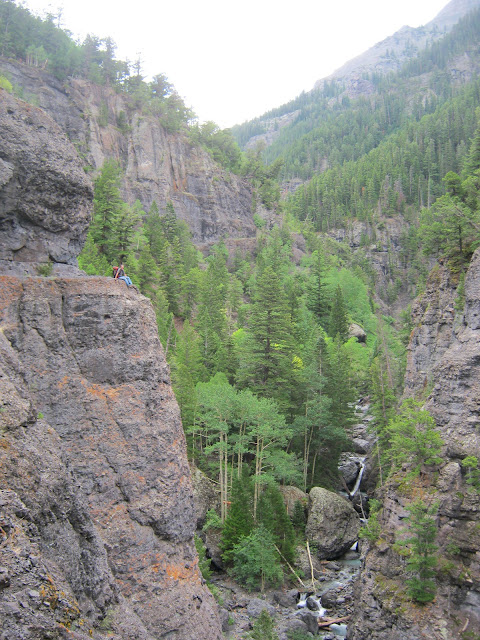 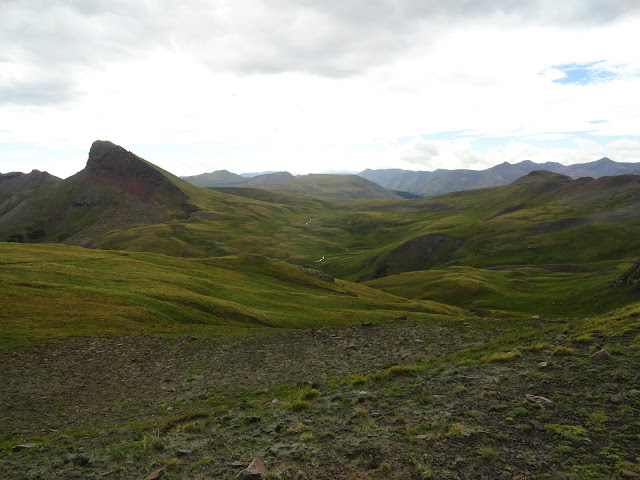