Ever since we moved over to this side of the Rockies, I've been wanting to go check out Crested Butte - just 2 hours northeast of us. Mostly known as a ski town, I've heard many great things about it, including how beautiful it can be in the summer. It is actually known as the "Wildflower Capital of Colorado," and with it being peak wildflower season right now, I couldn't pass up the opportunity (opportunity being a free weekend) to finally head up there.

Weekend Stats:
Description: Rustler Gulch Trail (said to be one of the best hikes for viewing wildflowers)
Location: Crested Butte, Colorado
Date: July 21, 2012
Round Trip Distance: Just under 10 Miles (Only 8 if you want to take a fairly rough 4-wheel drive road all the way to the trail head, but we didn't feel like risking it).
Starting Elevation: Unknown (probably 10,000 or so)
Ending Elevation: 11,400

A few weeks ago, I posted about my hike to the Blue Lakes near Ouray, and about how many gorgeous wildflowers I saw. Well let me just say, as far as wildflowers are concerned, this hike blew that one out of the water. Don't get me wrong, I still loved the Blue Lakes hike and would definitely still recommend it (in fact it's still probably one of my top favorites), but this one was just flowing with wildflowers. There weren't a whole lot at the beginning, but after the first mile or so they started popping up throughout, and then about 2 miles until the end, they were everywhere. It was absolutely stunning.

Because this hike wasn't too strenuous (the hardest part was probably walking from where we parked our car to the where the trail head actually began), the husband and I decided to participate in a little challenge. We decided it would be fun to each take a camera (I had my iPhone, and Scott had our Sony point & shoot camera) and see who could come up with the coolest pictures. So because of this, we took TONS of pictures (probably about 800 between the two of us!), and it was very hard to narrow them down (we did out best). I'm going to start with just some pictures of the general scenery, and then after that separate them into Scott's pictures and my pictures. And of course you're welcome to comment on who's you think are the best!

(P.S. I finally figured out how to make the photo's bigger!) 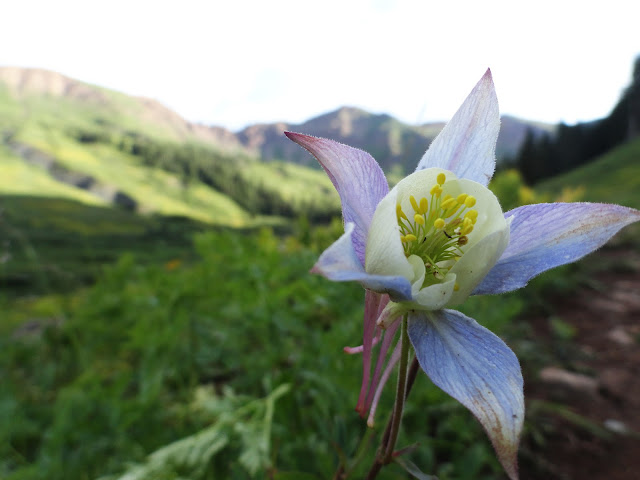 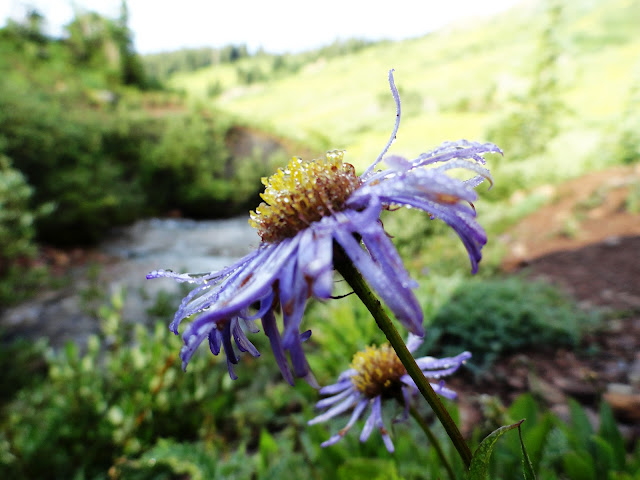 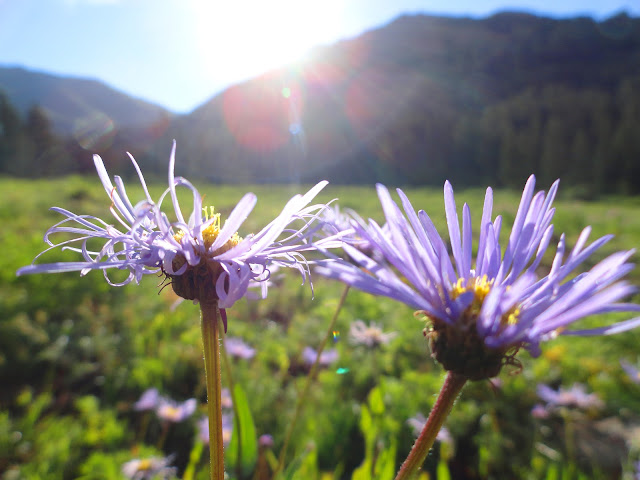 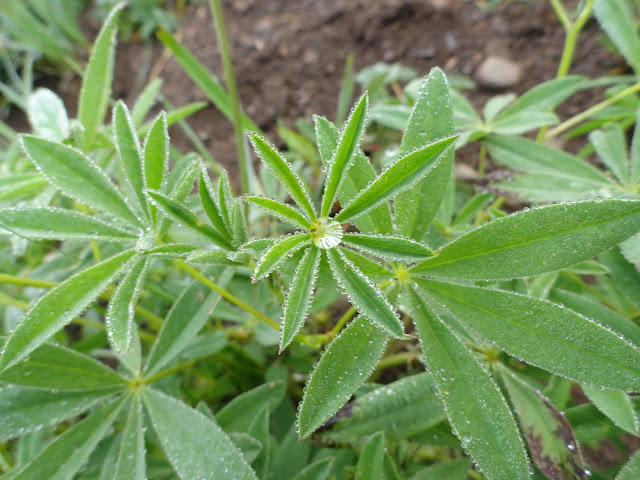 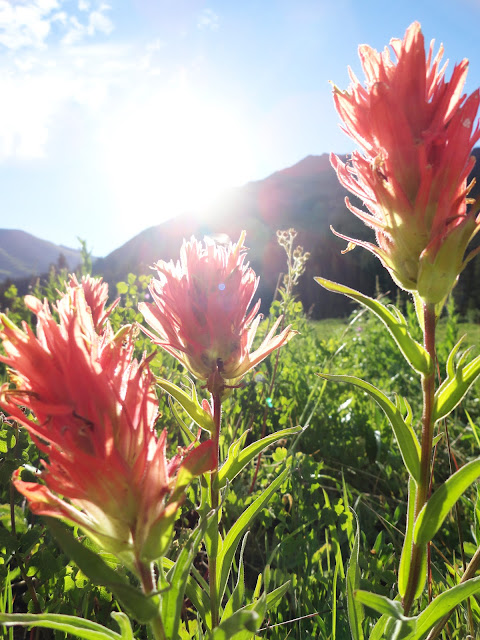 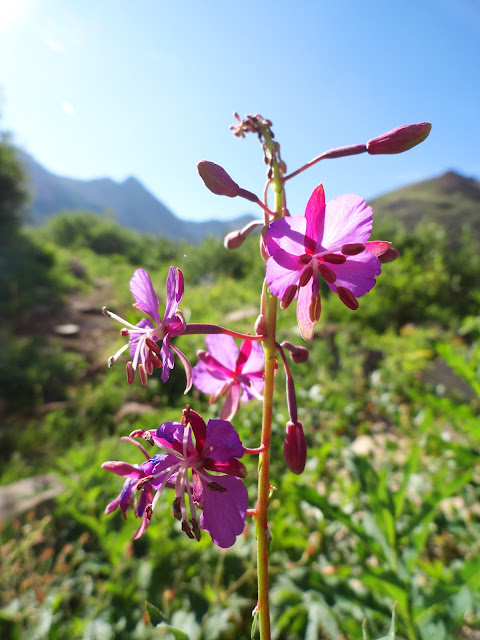 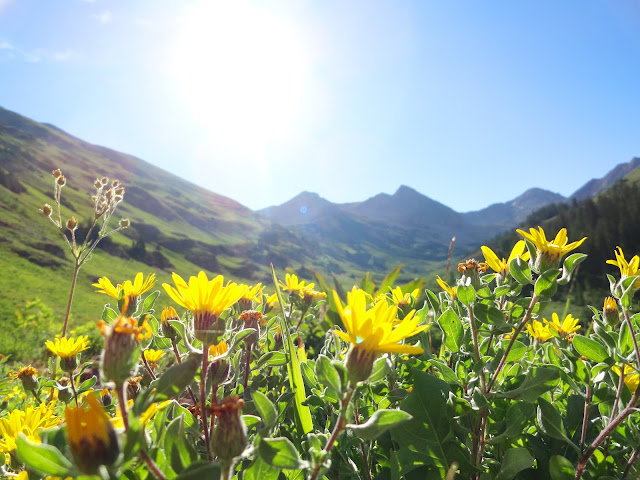 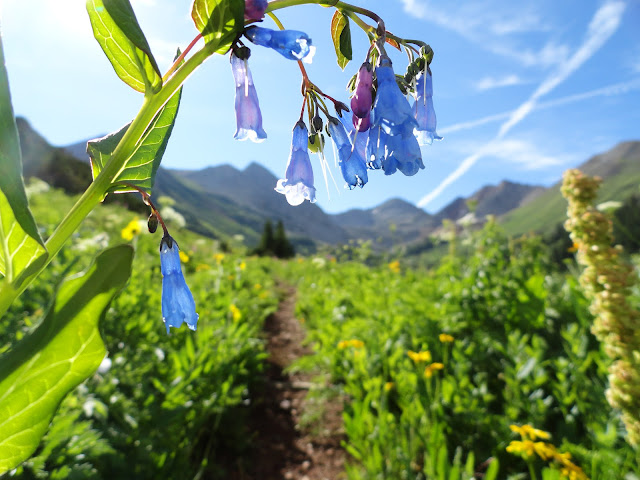 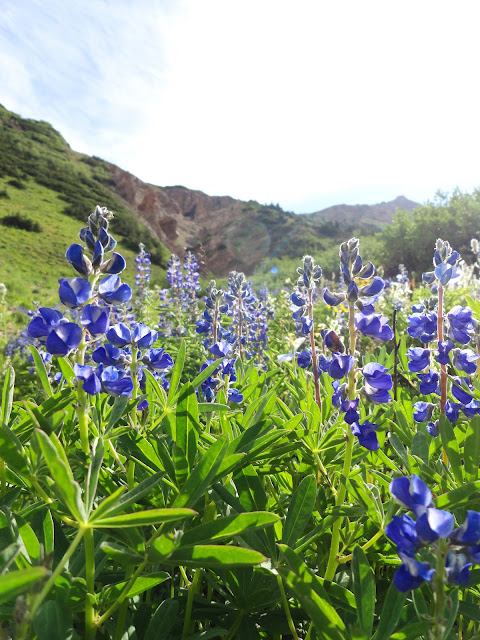 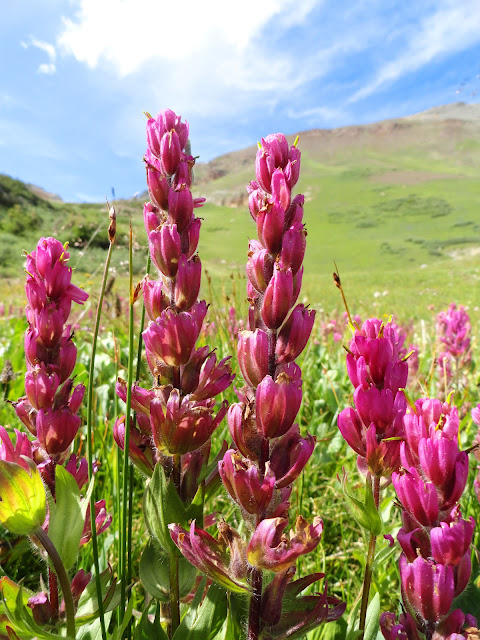 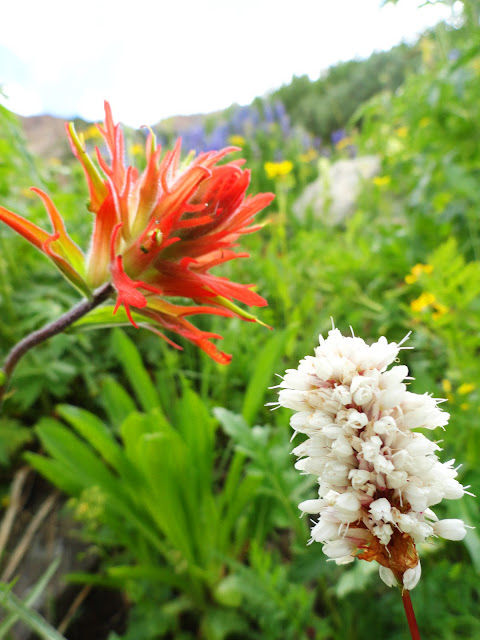 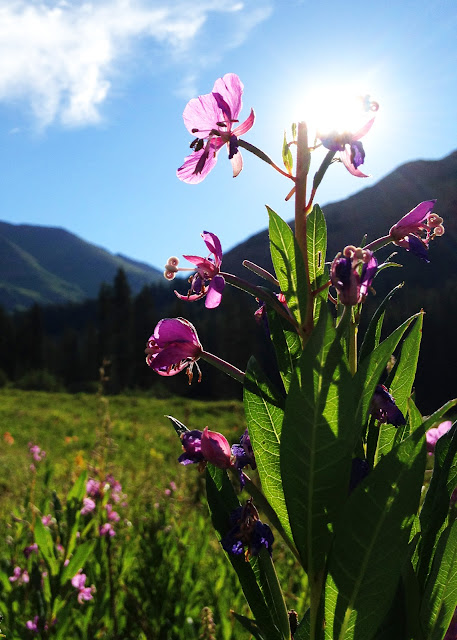 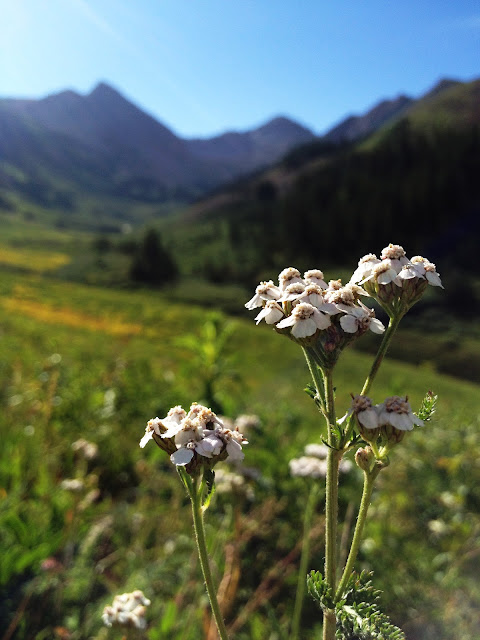 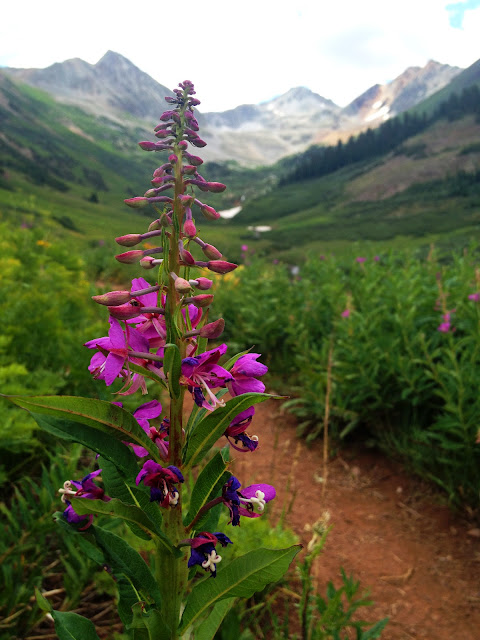 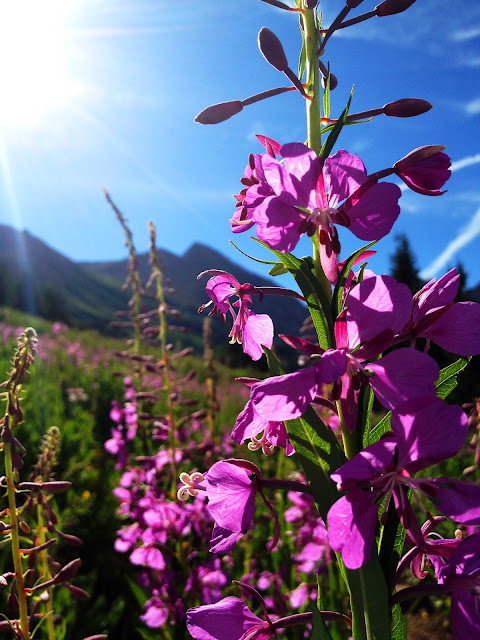 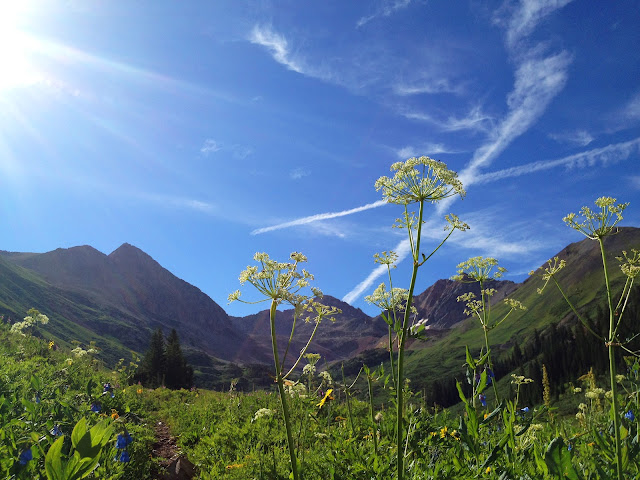 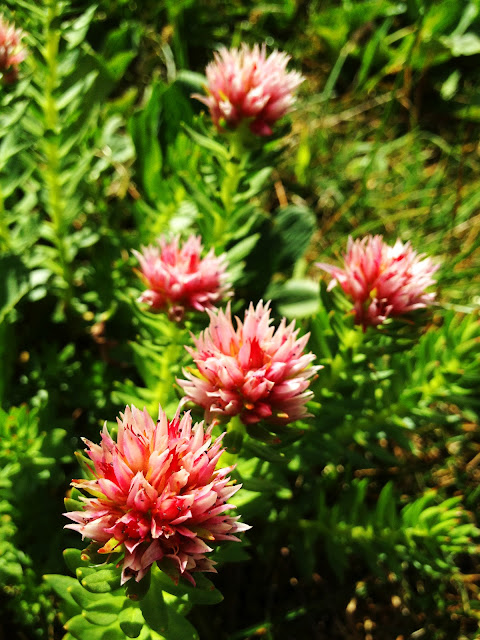 Well those were our pictures. I know there were a lot, but we had lots of fun taking them. Plus I think we did a good job getting a nice variety of all the different types of flowers. It was also fun to look at each others pictures at the end, and see the other person's point of view!

Overall, Rustler's Gulch was a great hike that I would definitely recommend, especially during the wildflower season (Late June through August). Other than the length, it was a fairly easy hike with spectacular views. I do recommend going early, as we only saw one other person on the trail until we started heading back, and then the people kept on coming! Definitely well worth our time though and I look forward to going back up to Crested Butte sometime in the future!