The same weekend I went to SilverTON to hike Highland Mary Lakes, I also went to SilverTHORNE the very next day. Although both similar in name, they're in opposite directions - Silverton is about 2 1/2 hours to the South of me, while Silverthorne is about 2 hours, 45 minutes to the east. The reason for both trips in a single weekend as that my hubby had to work in Silverthorne on Sunday. Since I wasn't doing anything that day, I figured it would be the perfect opportunity for the pup and I to tag along and go for a hike while he worked.

I didn't know a ton about the area (other than the giant outlet shopping center) and since I had the dog, I opted to go check out the Loveland Pass area. I've been up there once and I knew there were several various trails that lead off right from the parking area on the side of the road - so I figured I'd just go explore. And what I ended up finding, was the route to the top of Mt. Sniktau - a 13er topping out at 13,234'. The trail ended up being just shy of 2 miles one-way - but it is mostly all uphill (and above 12,000') - so be prepared for it to take some time. Once we did made it back down from that, we checked out another trail leading from the opposite side of the pass - it seemed to lead up to some sort of saddle between other peaks - we only went a short way and then headed back down for a total of about 5 miles. The clouds made me a little iffy the whole time, but thankfully we never did get rained or anything (I was mostly worried of thunder seeing as I was above treeline the entire time) and I know Argie enjoyed it - especially when I let him off the leash.

So without further ado, some pictures from that little jaunt: 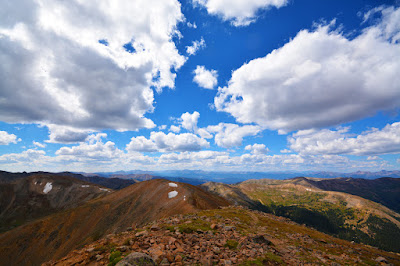 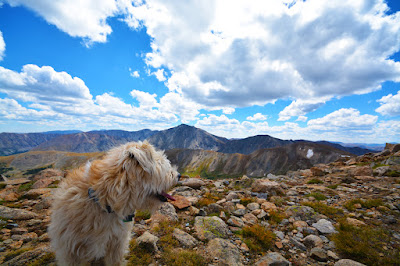 I love this pup! 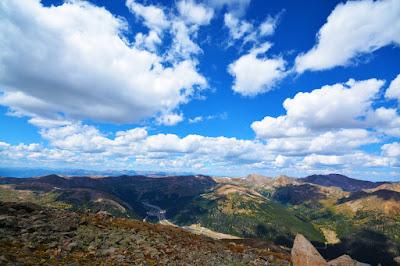 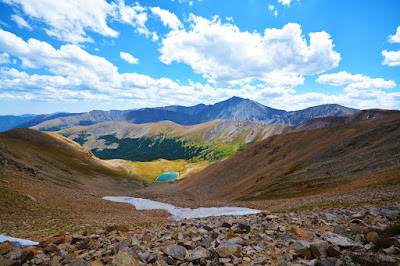 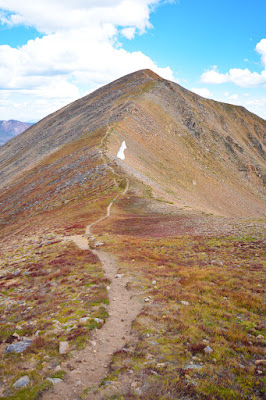 The last stretch up to the summit of Mt. Sniktau! 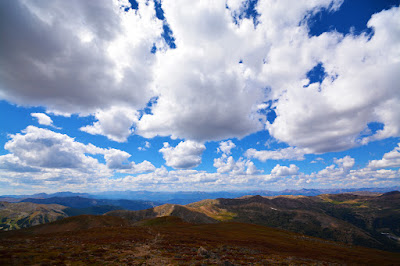 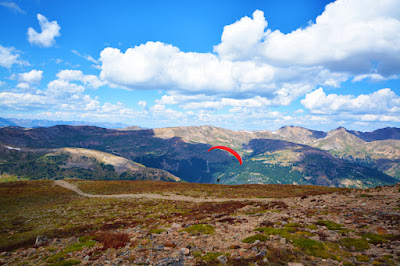 I saw this guy carrying up this giant pack and couldn't figure out why - apparently it was so he could go paragliding! Very cool to watch! 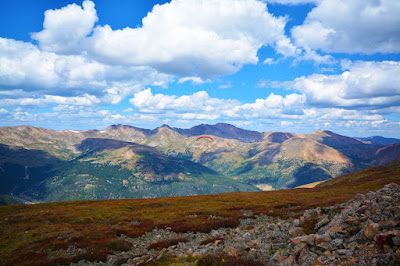 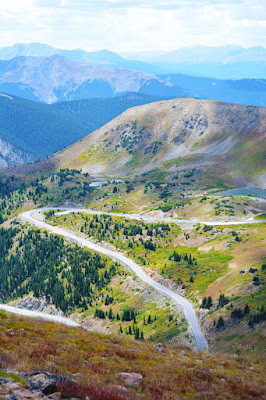 Looking down at the road going up to Loveland Pass. 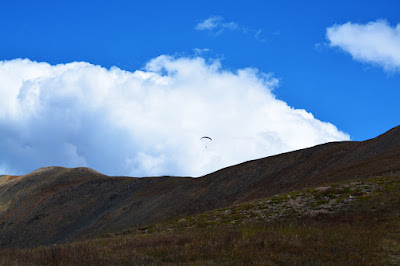 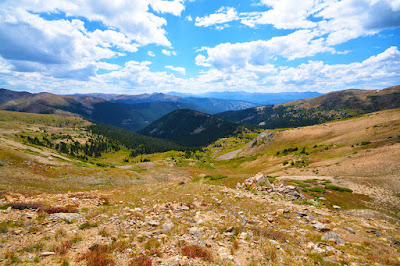 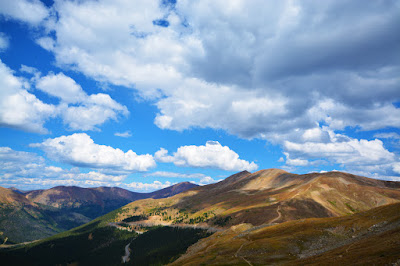 This is from the trail on the other side of the pass - looking back towards Mt. Sniktau that we just hiked - it's the pointy peak just to the left of the rounded, closer one - we had to get to the top of that first, then go down to go back up. 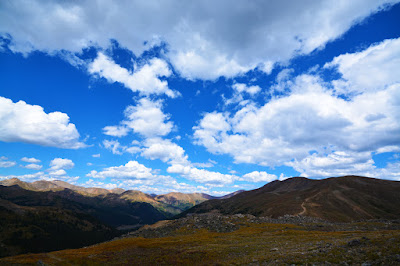 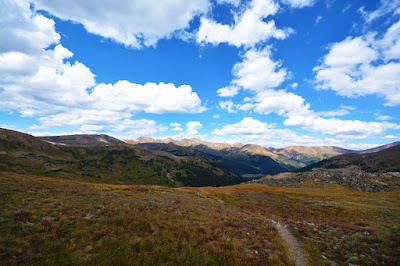 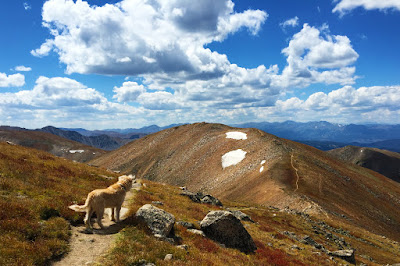 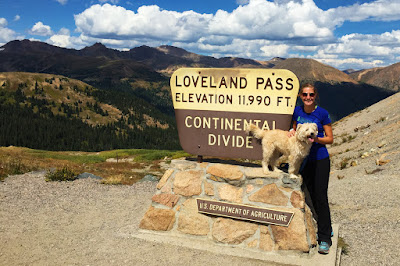