If you follow any of my social media posts, you've probably seen me using the new hashtag #REALwomenmove. It is another AMAZING movement conjured up by Skirt Sports. Here's an awesome quote from Nicole DeBoom (founder of Skirt Sports):


"We are surrounded by messages of intimidation and exclusiveness in the world of fitness. My #REALwomenmove goal is to stop the madness and show women that being fit is something we can all do, regardless of our size, shape, or activity level."

I encourage you to read more about it, but clicking this link.

So what does #REALwomenmove mean to me? Well - a lot of things - but mostly it's about getting up off the couch and moving - no matter where you are at in life! I know I used to be intimidated by people who exercised a lot. I was afraid of trying something new - afraid I would look dumb, or do something stupid. But I'm here to say - don't be intimidated by what other people can do. Everyone has to start somewhere! Believe it or not, the idea of exercise used to scare me. I didn't understand why anyone would want to run or hike or bike. It was hard, it was uncomfortable, it made you sweat and feel gross.

So how did I go from that, to finding a love for running marathons and hiking mountains?

Well, it's kind of a long story which I'll detail below if you're interested. If not - the short version is that I essentially just decided to try it one day...and then another, and after a little while, it just kind of "clicked". I understood why people liked to explore the outdoors. It was beautiful. It was fun. It was rewarding. It was exciting to see my body get stronger - things that used to seem SO hard, didn't seem so hard anymore. So before I get into my long story - if you decide not to read on - I just want to challenge you to get out there - no matter where you're at, and move. Don't be intimidated by others liked I used to be. Don't be scared and think you can't do it. No matter what sport you try - just try it. Anything is better than nothing! Just move! You never know where it might take you! I know it's cliche, but it's so true: life really does begin at the end of your comfort zone!

So without further ado, my story:

I'm sure most of you have all heard me say it before, but, here it is again: I was never athletic growing up. In the slightest. I tried dance and gymnastics a couple times when I was really young - but never stuck with it long enough to really get good at any of it. My longest lasting sport was Volleyball - which I played from 7th grade thru 11th grade. Despite actually putting in a solid effort to the sport, I just didn't seem to improve enough to even get to play much. I was the bench warmer. The most fun I had was probably my sophomore year when I played for a club league. I ended up getting put on their "B" team - but it actually ended up being a blast because for once I was good enough on the "B" team to actually get to play!

Well after high school, I went to college and didn't do anything. The most active I was, was during my Freshman year when I lived on campus, and walked to all my classes. It wasn't until sophomore year of college that I ended up gaining the "freshman 15" (or as it really was - the "Sophomore 30"). I had moved off campus, was driving to classes, and was eating out ALL THE TIME. I kept that weight on for the remainder of college.

In 2011, I had graduated college, was working full time for the first time in my life, and was getting married in a short 4 months. And I knew I needed to make a change. I'll be honest though - the original reasons were purely image based - I didn't care about my health - I just wanted to "look good" for my wedding. So I started counting calories and joined a gym. I ended up going to the gym about 3-4 days a week and would do the elliptical or take a yoga class. I didn't love it - I purely went in an effort to lose weight. Surprisingly, I was motivated enough to actually keep all of these habits up and I ended up losing those 30 lbs I had gained in college! I was on cloud nine. As much as I had wanted to lose weight, I didn't realize how simple it would be if I actually did it consistently (I think that's what kept me motivated so much - actually seeing results).

However, the real mental change came later that summer when I started hiking with my husband. He had grown up doing a lot of outdoor activities including hiking and backpacking, and so I thought it would be a nice activity we could try together (and I could go to the gym one less day a week!). Well, it ended up completely changing my outlook on exercise. I realized how incredibly beautiful the outdoors could be. I discovered a new found love for this state that I had lived almost my whole life in. I understood why so many people wanted to move to Colorado! This was the first time in my life that I realized exercise could be something you did for pure and utter enjoyment!

I spent the remaining summer of 2011 falling in love with hiking the Colorado mountains. I experienced sunrises, alpine lakes, snow in July, wildflowers and even got caught in the rain. It was incredible. I was officially in love with hiking. It was a new found sport I felt like I could do. Me!? The girl who was NEVER athletic. Was it hard at times? Yes! But it was ALWAYS worth it.

Unfortunately, I don't like being cold and as such don't participate in many winter activities - so I spent the following winter getting back into my old habits of not exercising much. That's when I started to see some of the weight that I had lost come back on. So in the spring of 2012 I joined a gym again (I had moved during this time and no longer had one), and started run/walking on the treadmill. I had seen a lot of friends on Facebook participating in 5K's and so I decided I wanted to do one. I signed up for the Komen for the Cure 5K race in Aspen in July 2012. I ran it with my husband and we finished in a little over 34 minutes. I was really proud of myself for running the whole thing - it was literally the first time I had ever ran that far! Despite not running it that fast, the feeling of accomplishment of crossing that finish line stuck with me and I kept running. Just like hiking, the more I ran, the more I understood why people did it. I would get up early in the morning and run a few miles - watching the sunrise. I also swear something about running seems to give you heightened senses I think - because the sights, sounds, smells - they're all just better when you're running. By the end of that summer, I hooked.

So there it is - it's kind of a long story, but also kind of a short one when I think about it. In 4 years I went from hating even the thought of exercise, to being a 9-time marathon finisher. I've now hiked 7 of Colorado's 14ers (mountain peaks over 14,000'), I've ran from Ouray to Telluride via 13,114' Imogene Pass. I've covered 50 miles with my own two feet in 12 1/2 hours. I've done things that used to seem seriously CRAZY...and yet now I've done them. Simple, ordinary, regular, REAL me!

We ALL have to start somewhere. It may be intimidating. It may be scary. But once you get started, I guarantee it will be worth it. So get out there, be your REAL, true self, and MOVE! And while you're doing it, take some pictures and tag them on social media with #REALWomenMove. Skirts Sports will be giving away some cool stuff for every 5000 hashtags!!!

I'm going to leave this post with some inspirational quotes, as well as some photos of some of the most beautiful places I've gotten to visit - all because I made a choice 4 years ago to get out and move! 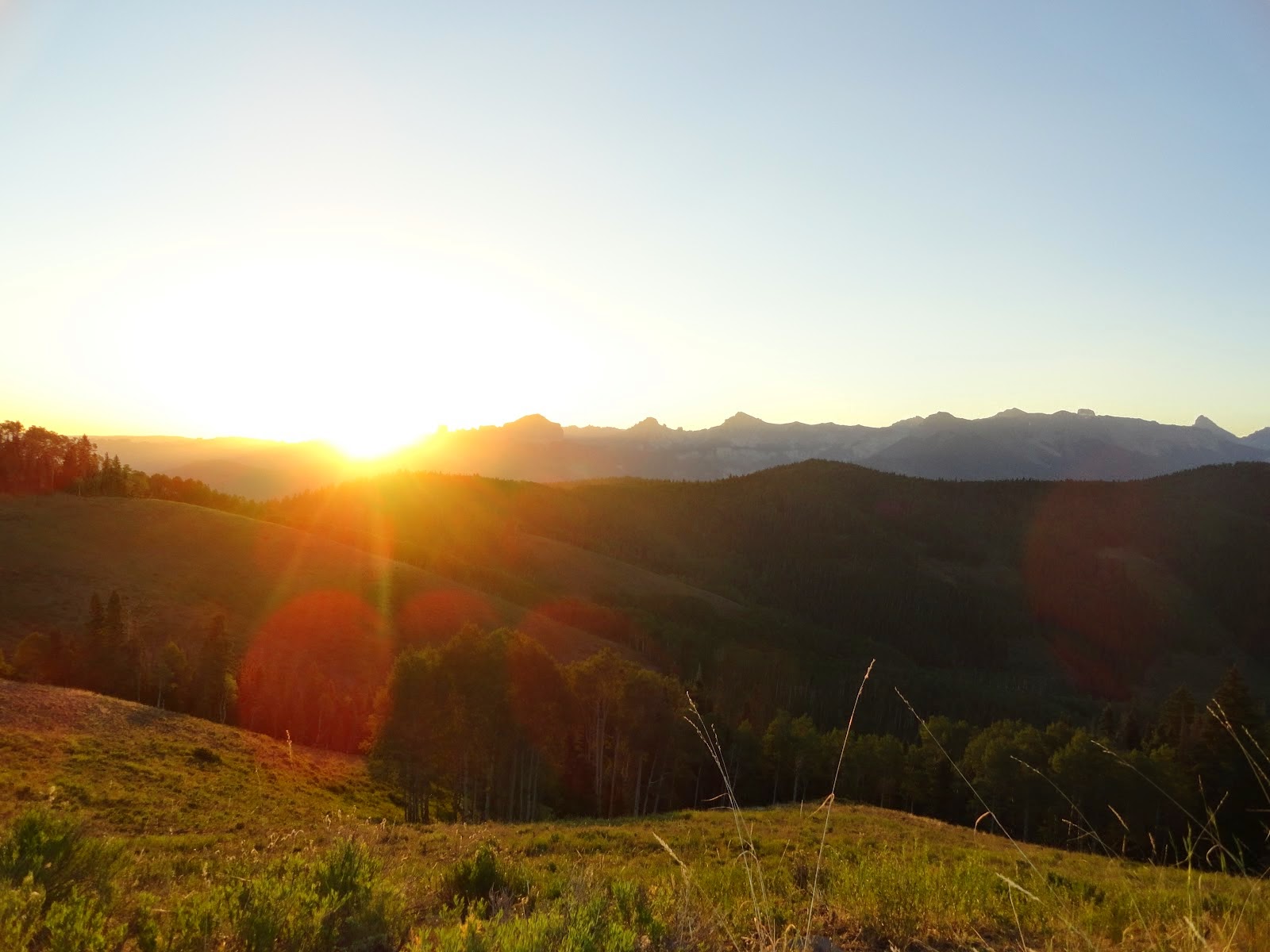 "Every accomplishment starts with the decision to try." 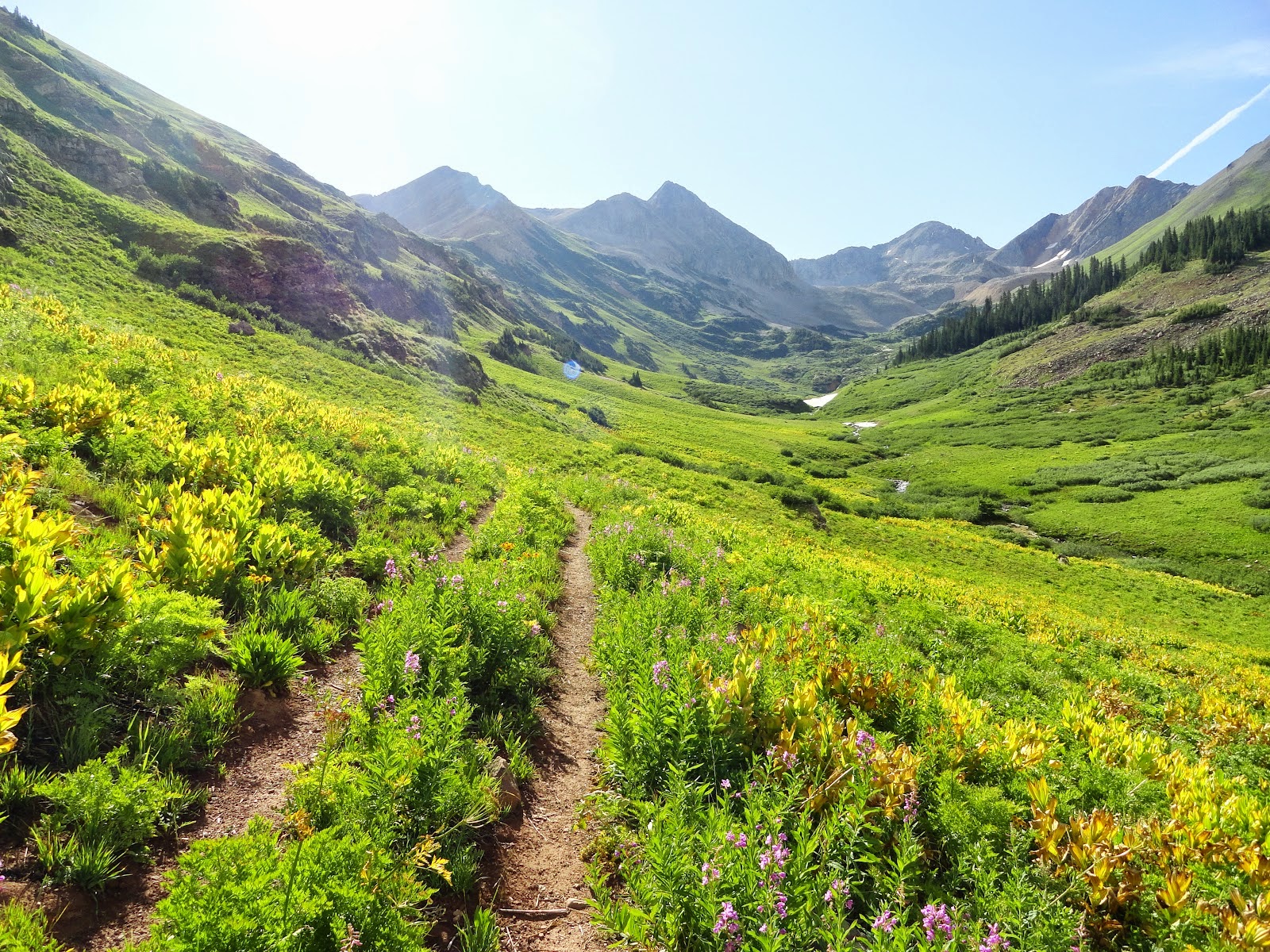 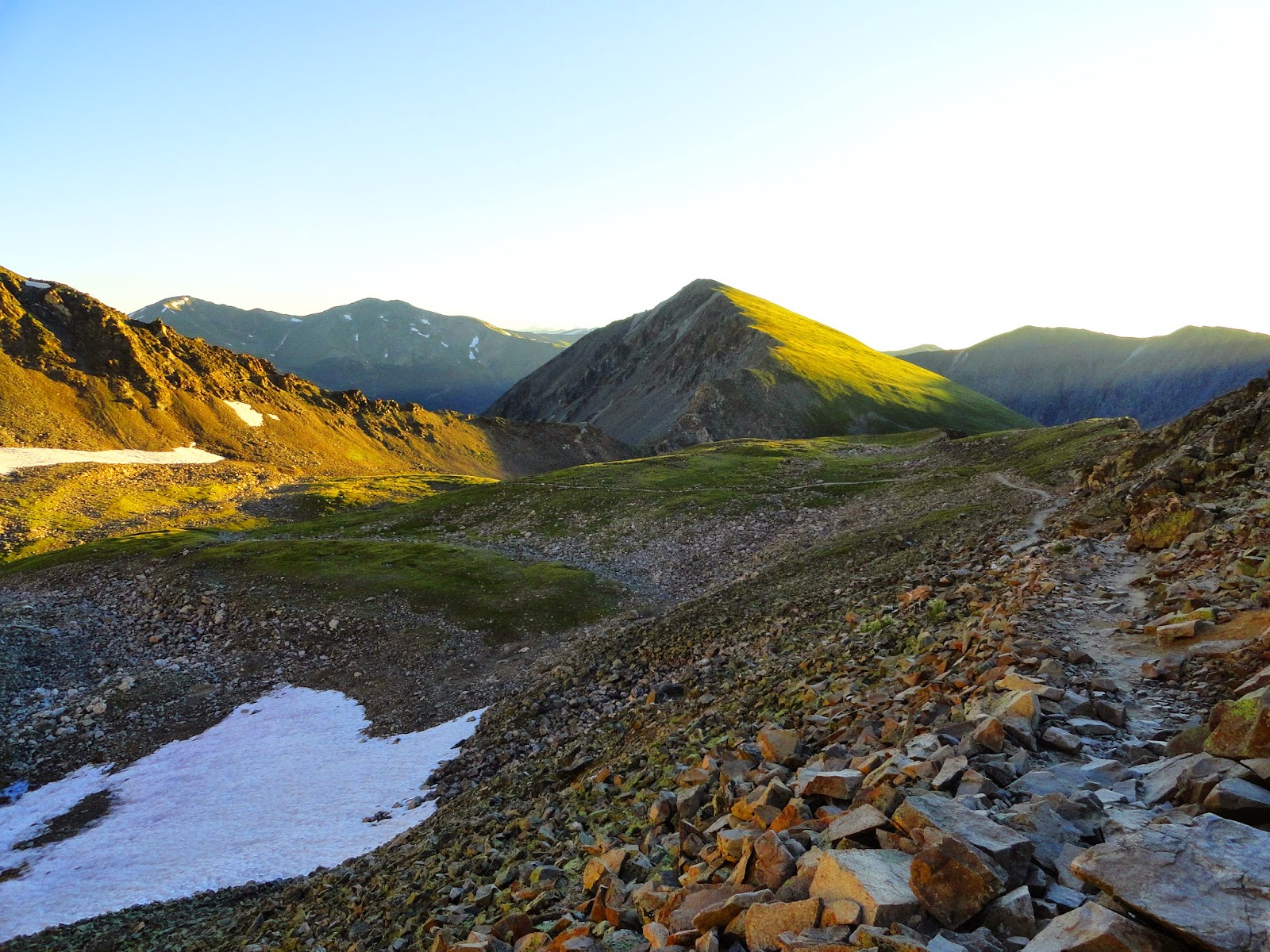 "The miracle isn't that I finished.
It's that I had the courage to Start." 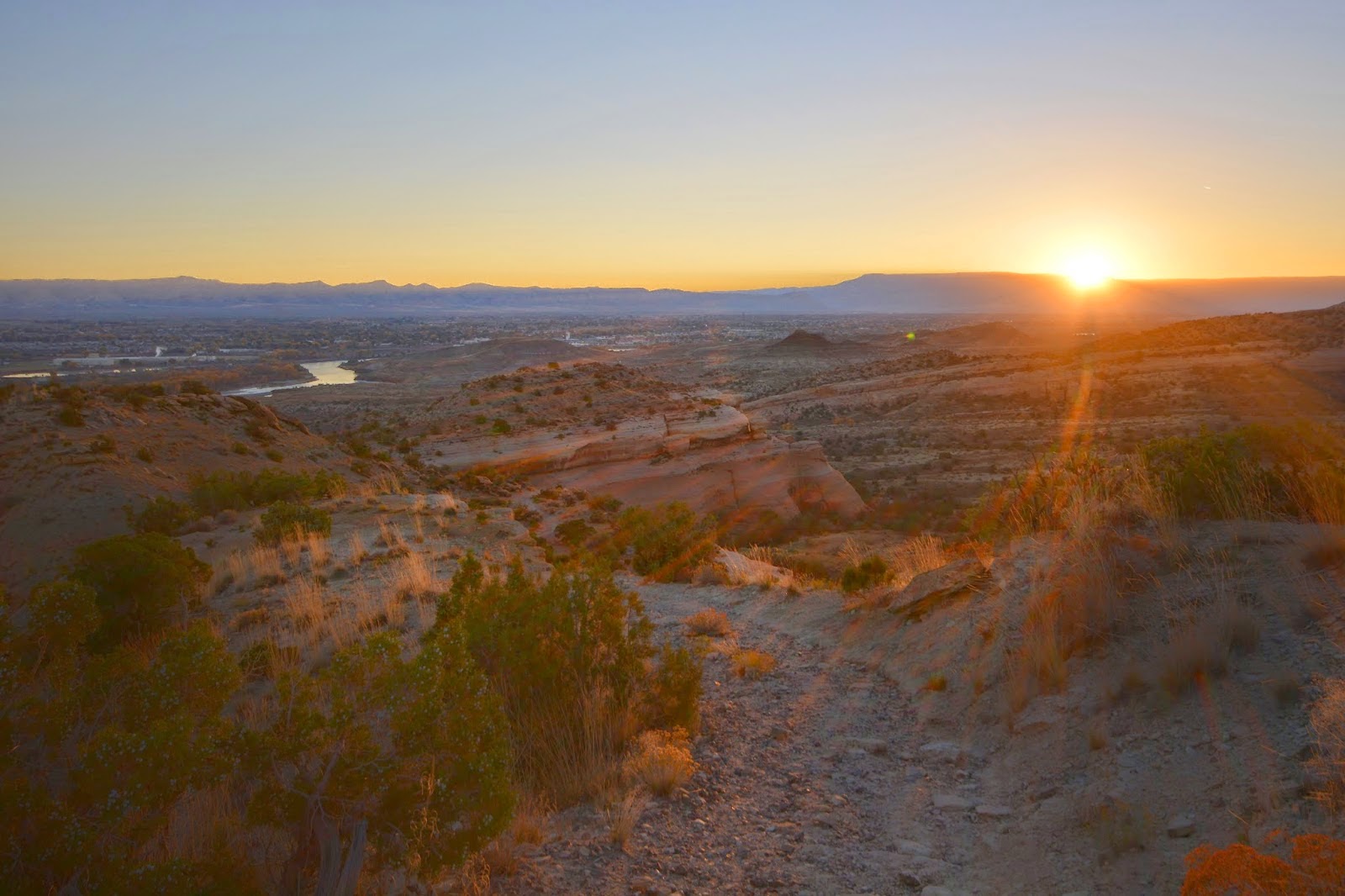 "Know your limitations & then defy them." 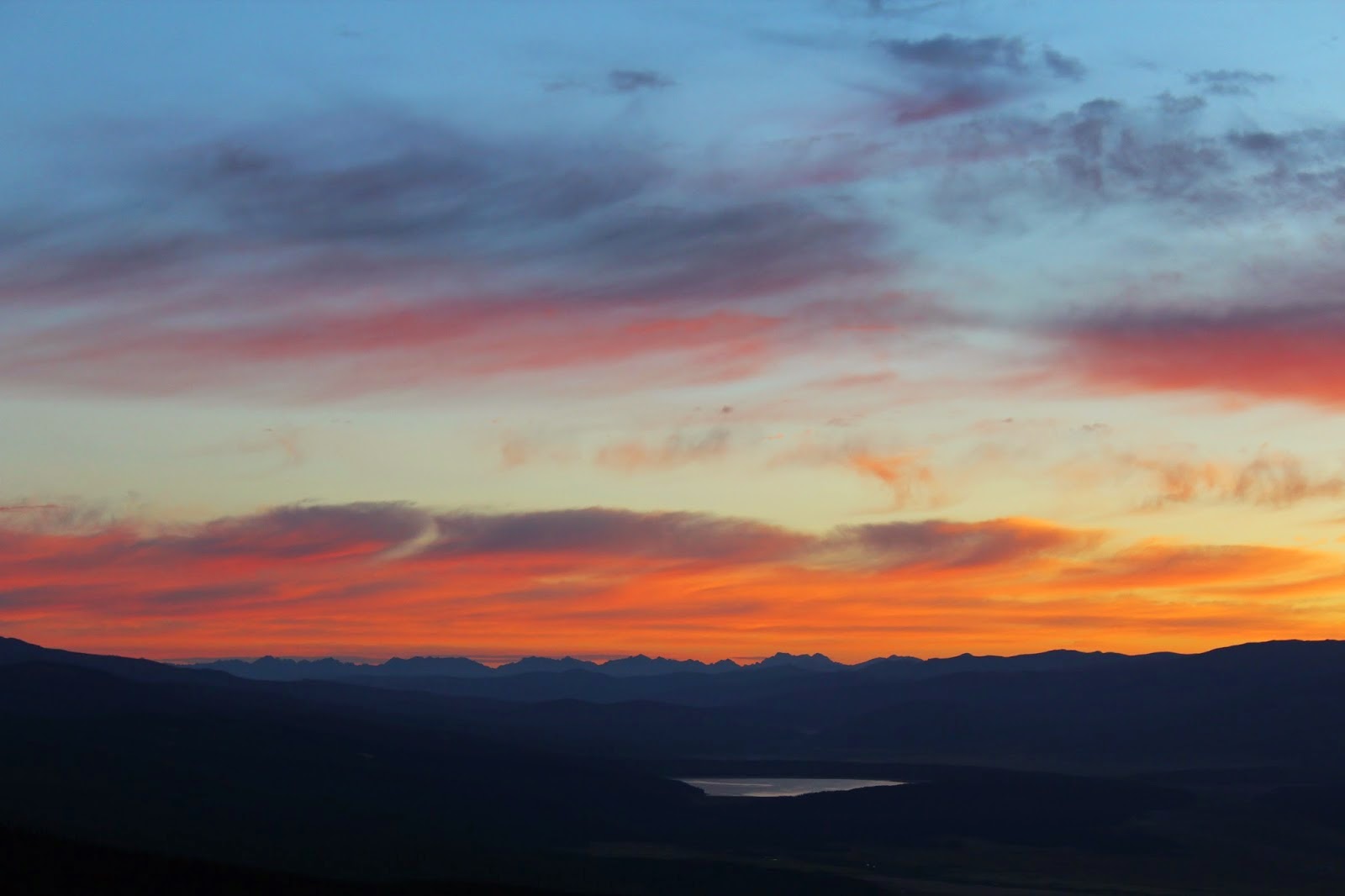 "It never gets easier. You just get stronger." 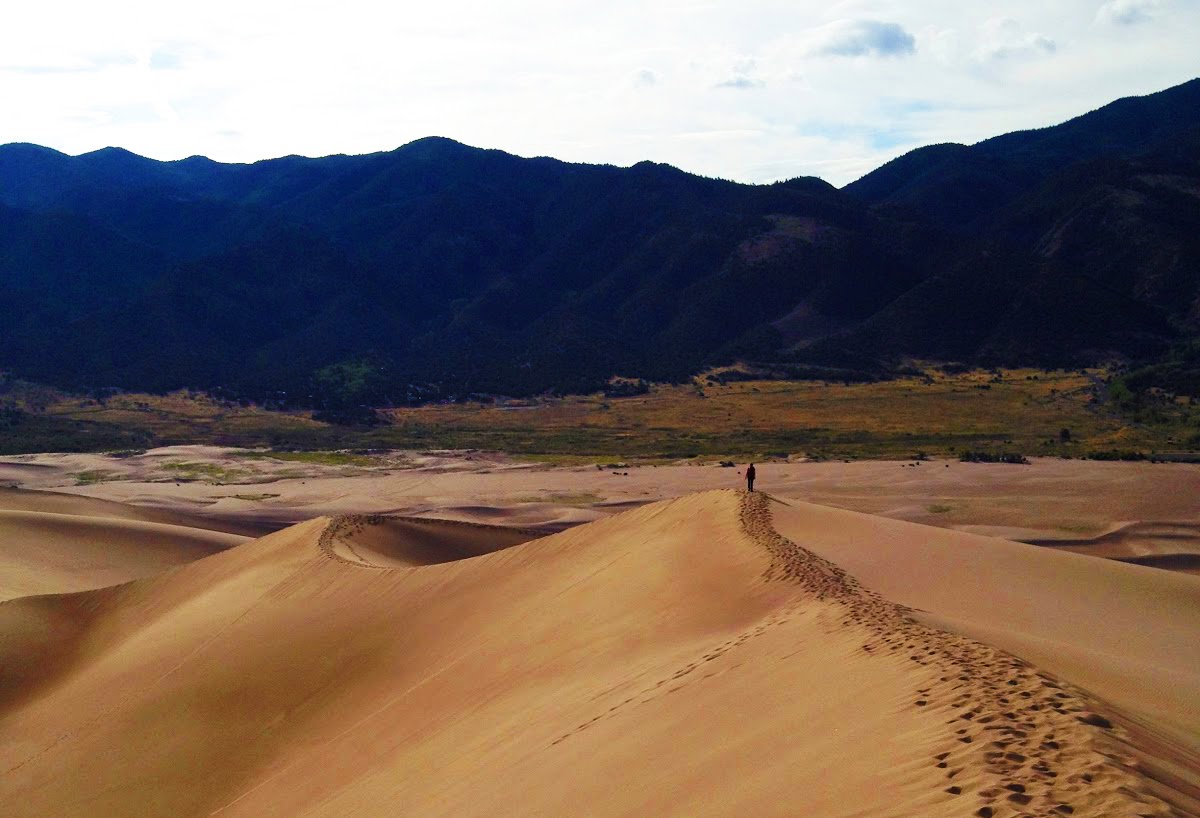 "Get lost in nature and you will find yourself." 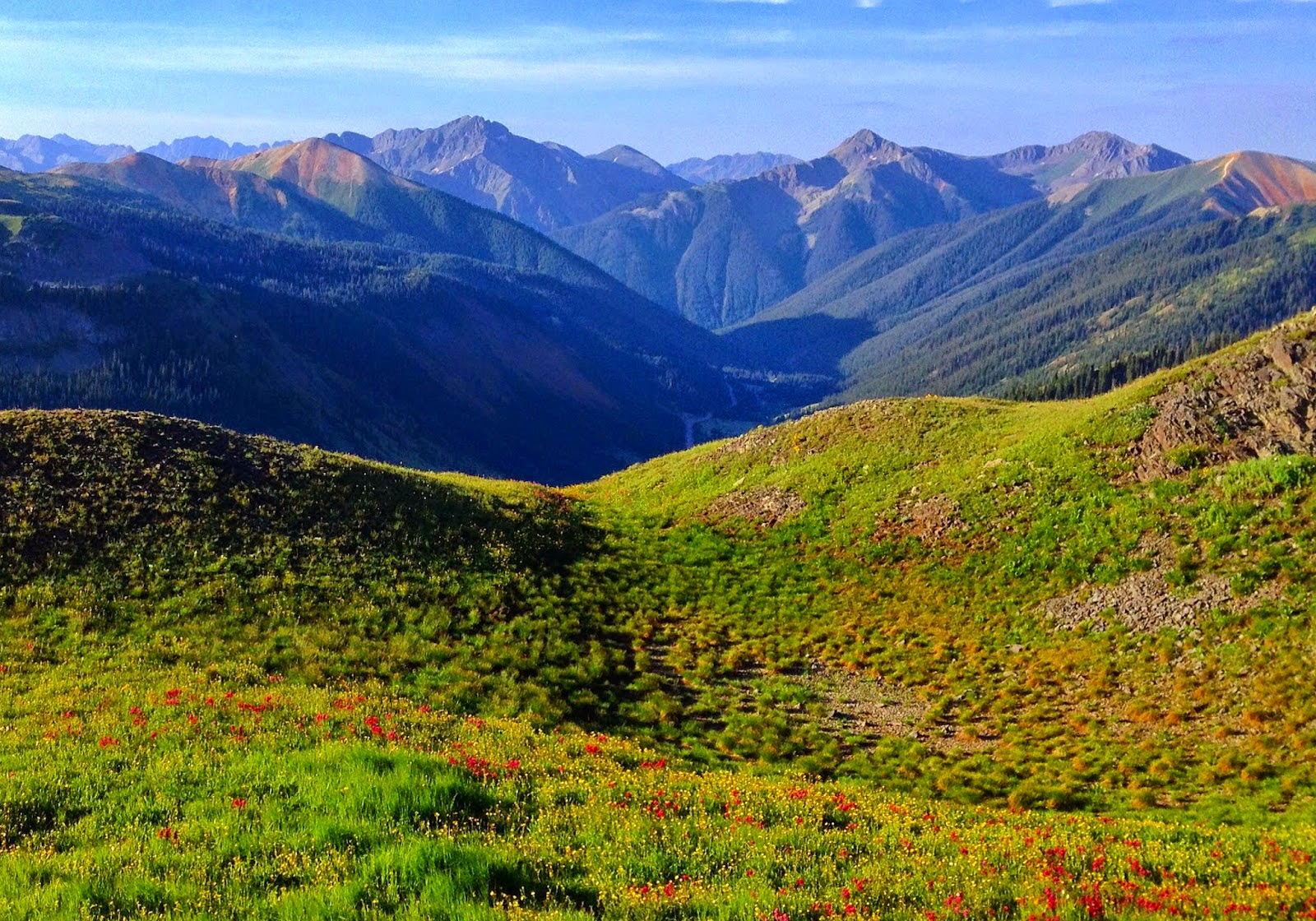