Ever since I first drove Highway 133 over McClure pass back in 2011, I've been intrigued by Marble, Colorado. You can't see the town from the highway, but you can see the signs pointing towards it. Once I found out that the Crystal Mill was located there (one of the most photographed sites I'm Colorado), I knew I had to to check it out sometime.

Marble is about 30 minutes southwest of Carbondale. It is famous for the above mentioned Crystal Mill, as well as the location of the Yule Marble quarry - of which the Marble for the Lincoln Memorial and the Tomb of the Unknown Soldier was mined. It's an incredibly small town with a population of about 130, so there's not a whole lot there, other than some incredible views. The town is lined with huge Marble pieces spread out in various and random places (unfortunately, I did not get a picture of this - wasn't thinking!!).

My priority in going to Marble this weekend was that I wanted to see the Crystal Mill, so we decided to make that our primary focus for Saturday. We left Grand Junction early on Saturday morning (about 6am) and made the drive over. As we got into Marble, we stopped into Bogan Flats campground first, so we could make sure to get a campsite for that night, then headed to Beaver Lake to start our hike.

The Crystal Mill is only about 5 1/2 miles southeast of Marble. It is accessible via a 4WD road, so while we hiked to it, you can technically drive (hiking is way more fun though!). The hike wasn't too strenuous - it starts out with about a mile and a half of uphill (this is the longest portion of constant uphill for the entire hike), until reaching a fork for Lead King Basin, or the Ghost Town of Crystal (Crystal is located less than 1/4 mile past the Crystal Mill). You take the right fork towards Crystal, and it switches to a good bit of downhill again until reaching Lizard Lake, followed by a little more uphill. Once you're done with that uphill section, it really becomes more rolling hills. Since I was hiking instead of my usual running, it didn't seem too bad, although looking at my Garmin later, it did end up at about 2,300 feet of total elevation gain.

You're hiking along the Crystal River with aspen trees all around for the entire hike, so it really was beautiful the entire time. I was hoping we would catch the aspen trees at just the right time for spring - after they've bloomed, but before they turn their regular shade of green - they're a really bright green (as seen last year when we camped in the Cimarrons). Unfortunately, I think we were about a week late, but a few of the trees up high on the mountainside were still that perfect shade. I cannot even begin to imagine how incredibly gorgeous this hike would be in the fall. I think I will have to add "Hiking to Crystal Mill in the Fall" to my bucket list!

There's not much else to say that my pictures won't do a 100% better job at explaining, so I'm going to post a lot of them. I finally splurged on my own DSLR camera for my birthday this year (my first Nikon - the D5200), and this was the first time I've had a chance to get out and use it, and I had a blast. I tried really hard to work on my shutter speed to get the water in a "flowing" motion, but alas, I think I'm going to need to buy a neutral density filter to really perfect that (without the filter, it was too bright out). But I still had fun, and I think I still managed to capture some good images! So without further ado, stats followed by quite possibly a million pictures!

Pictures Along The Trail (Part I): 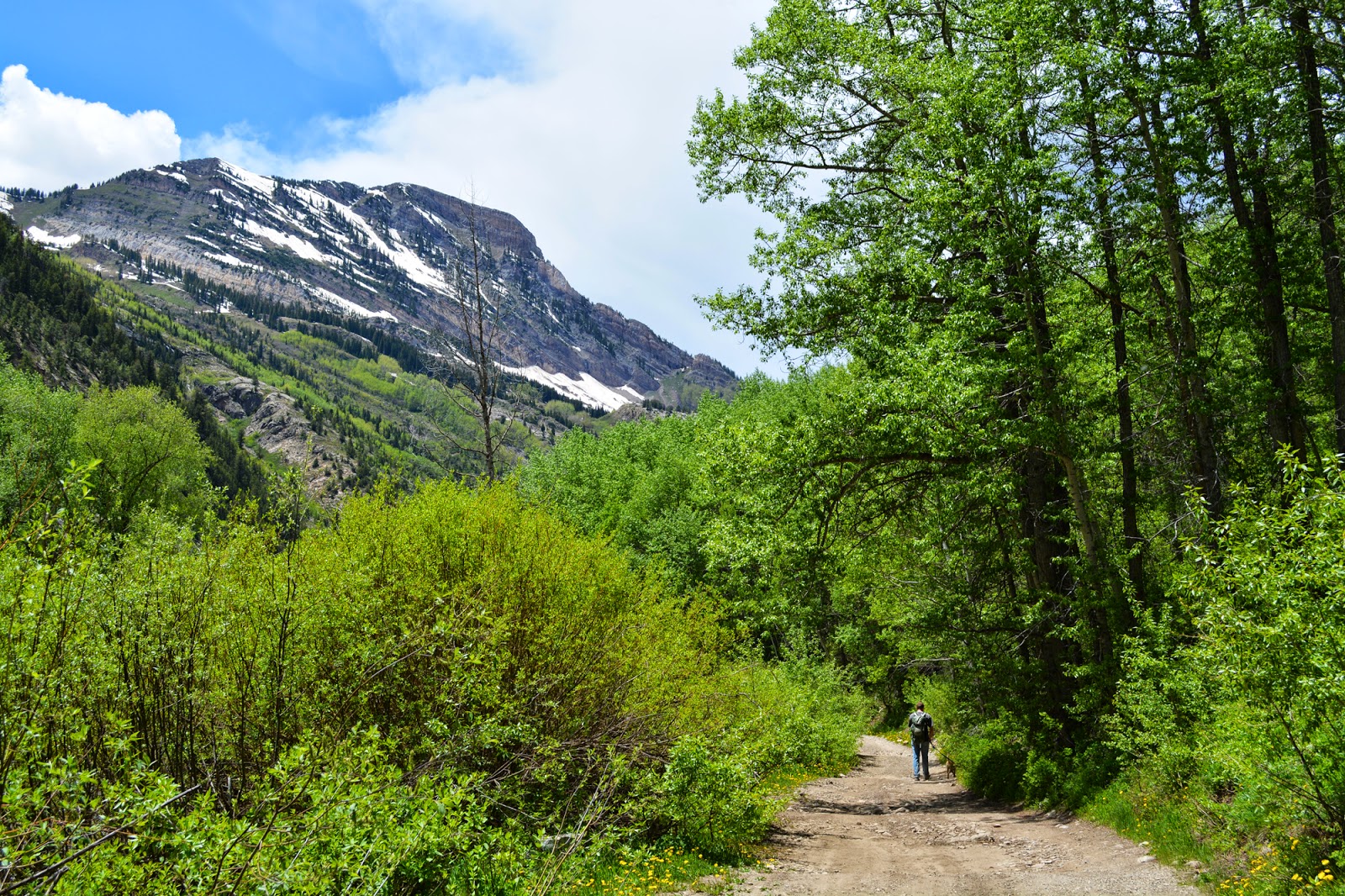 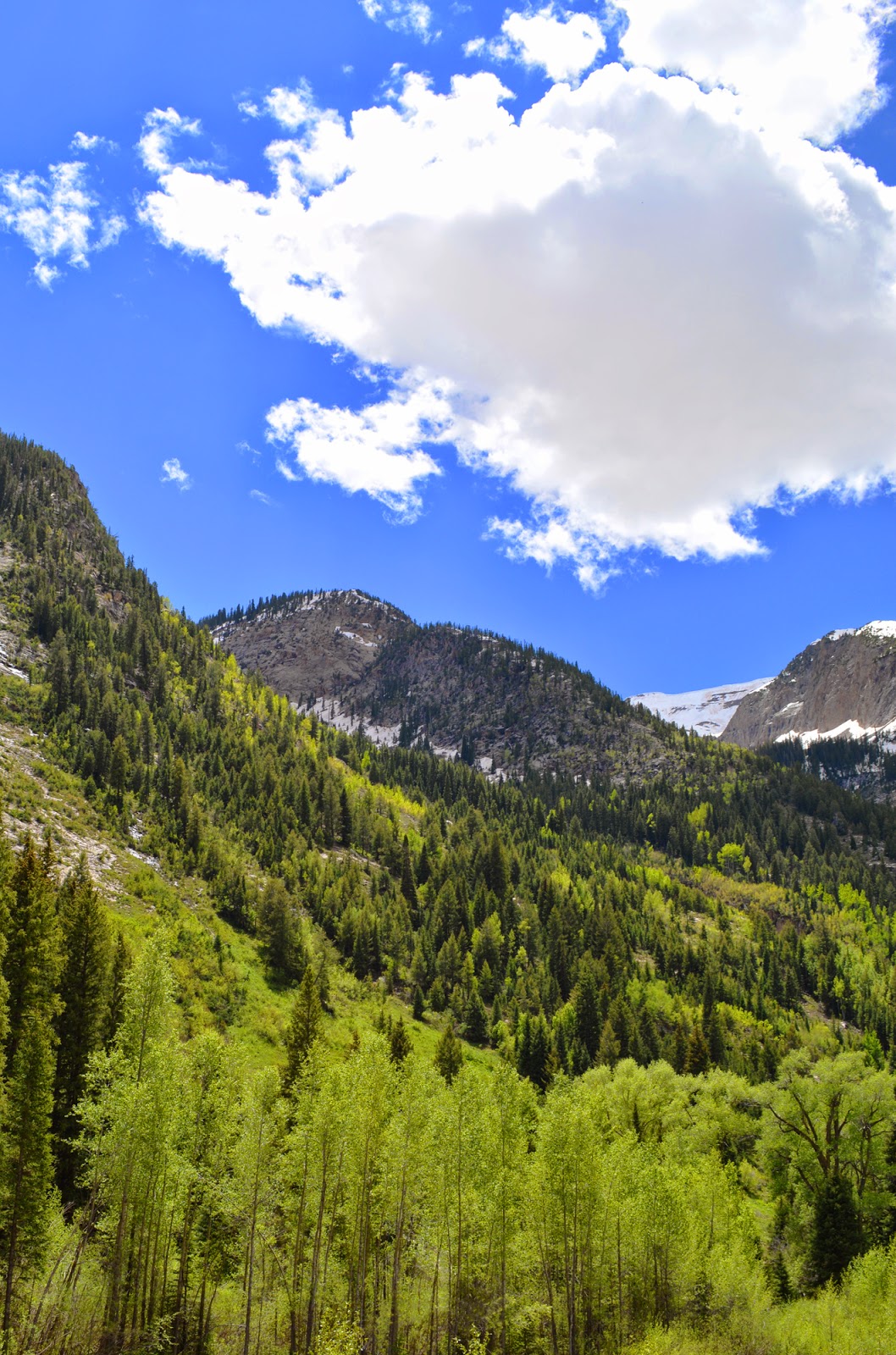 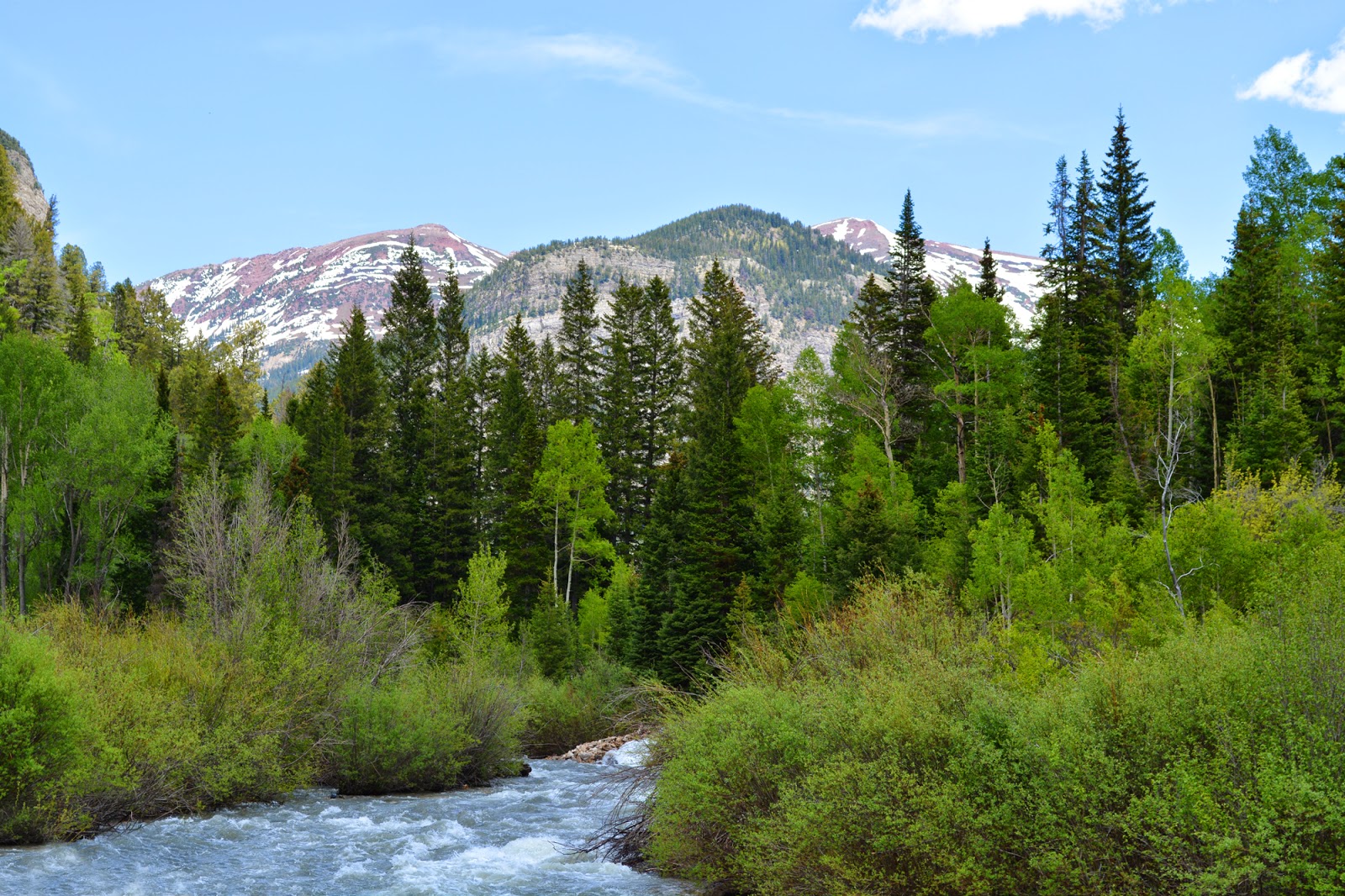 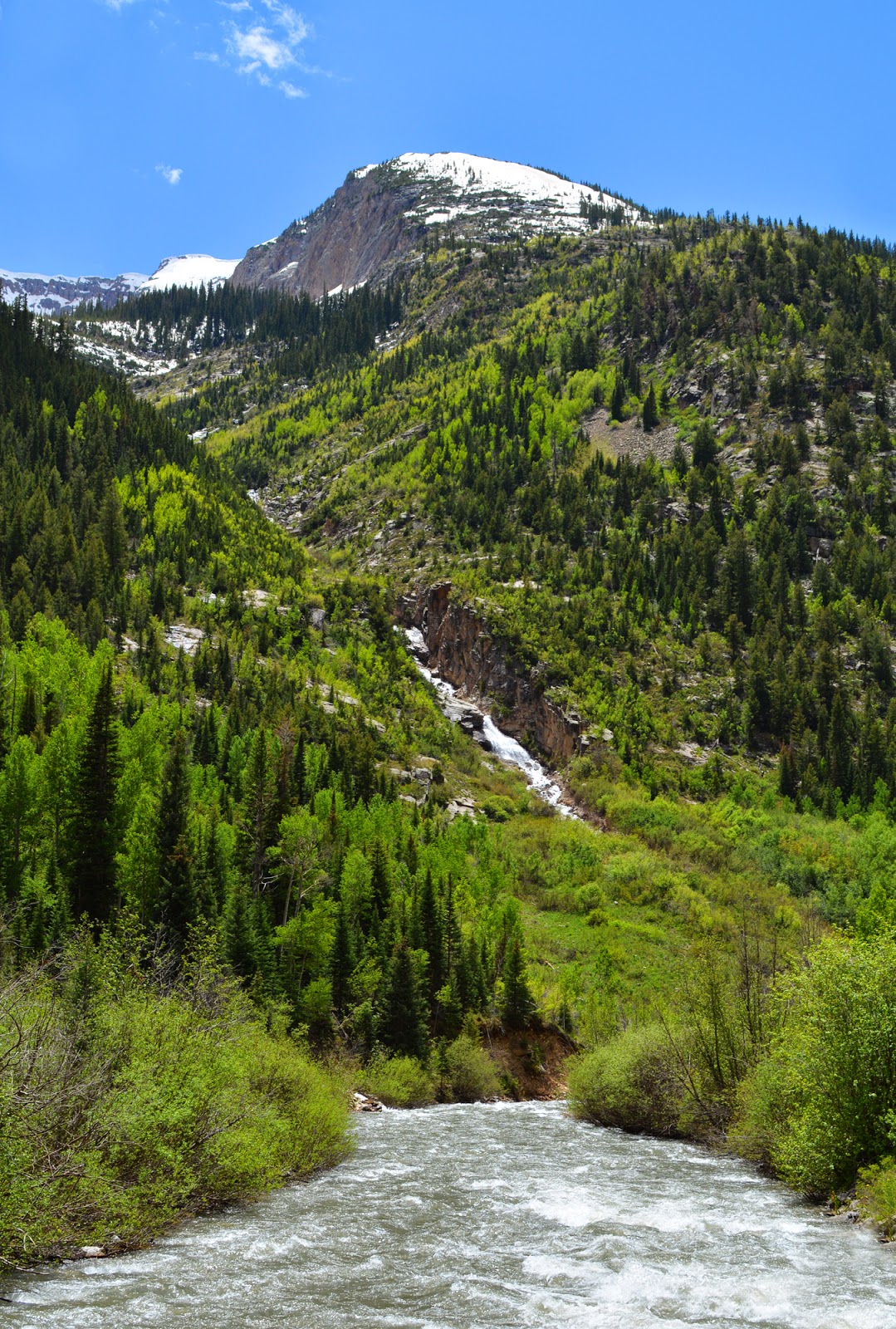 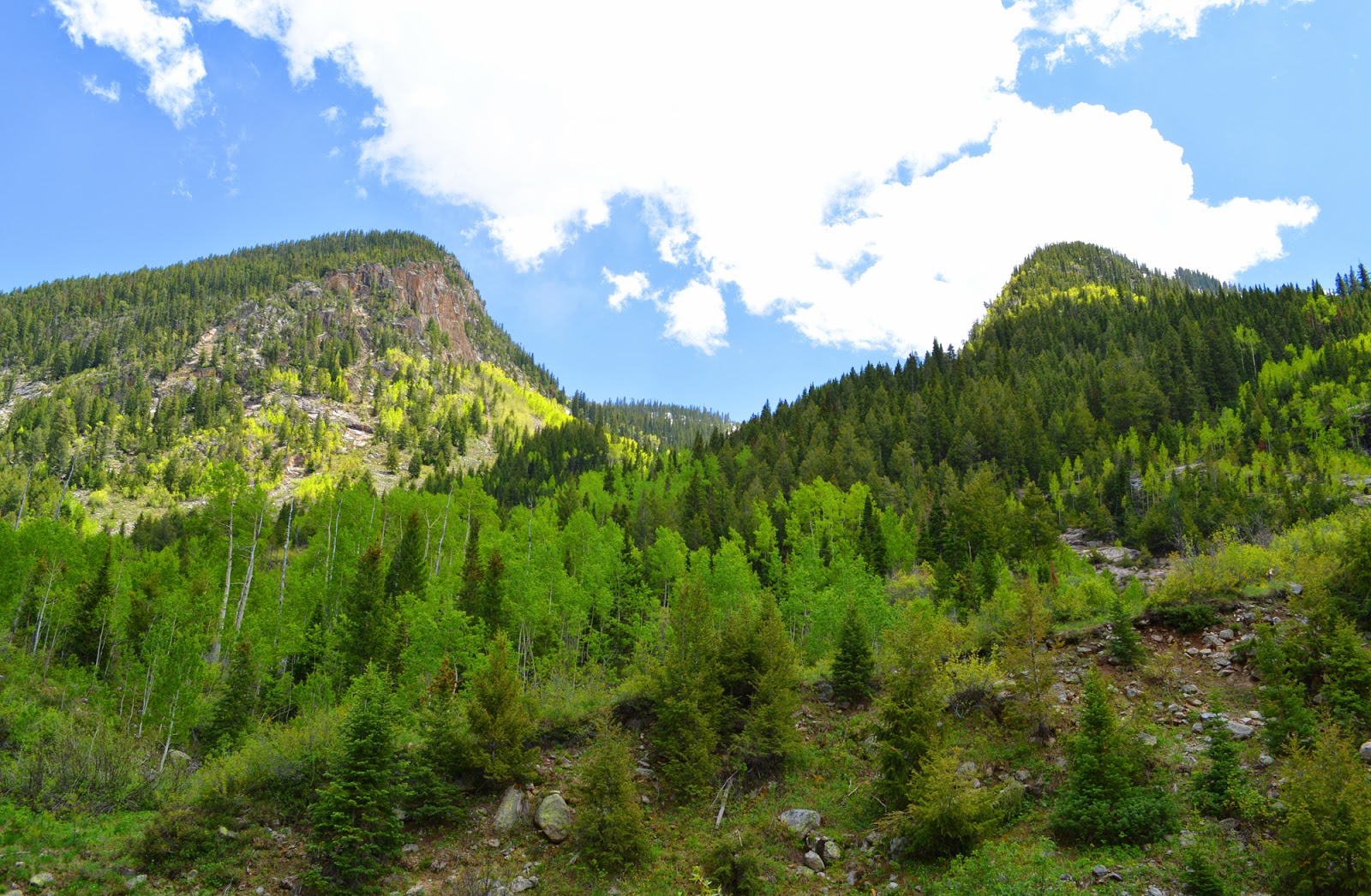 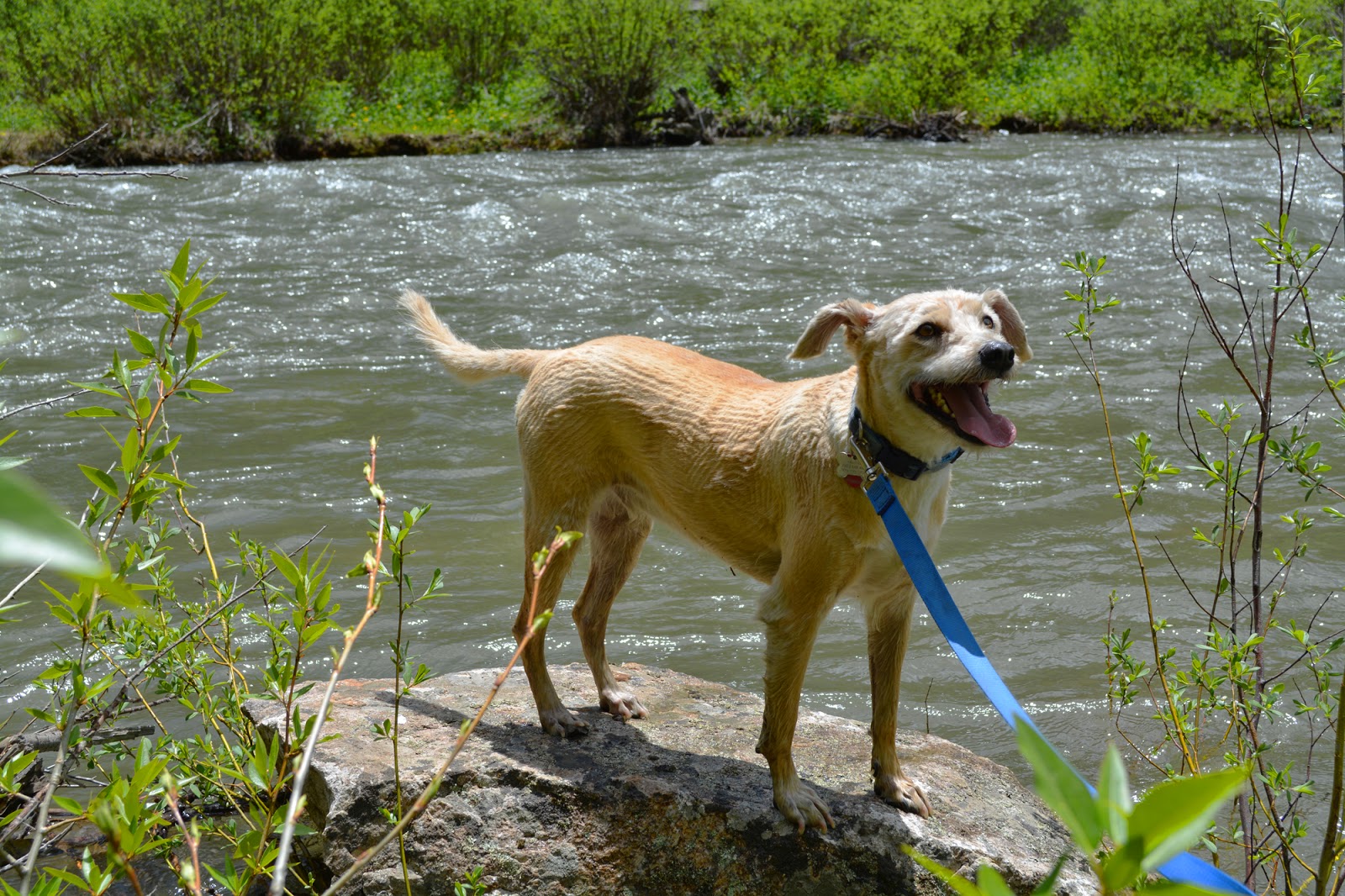 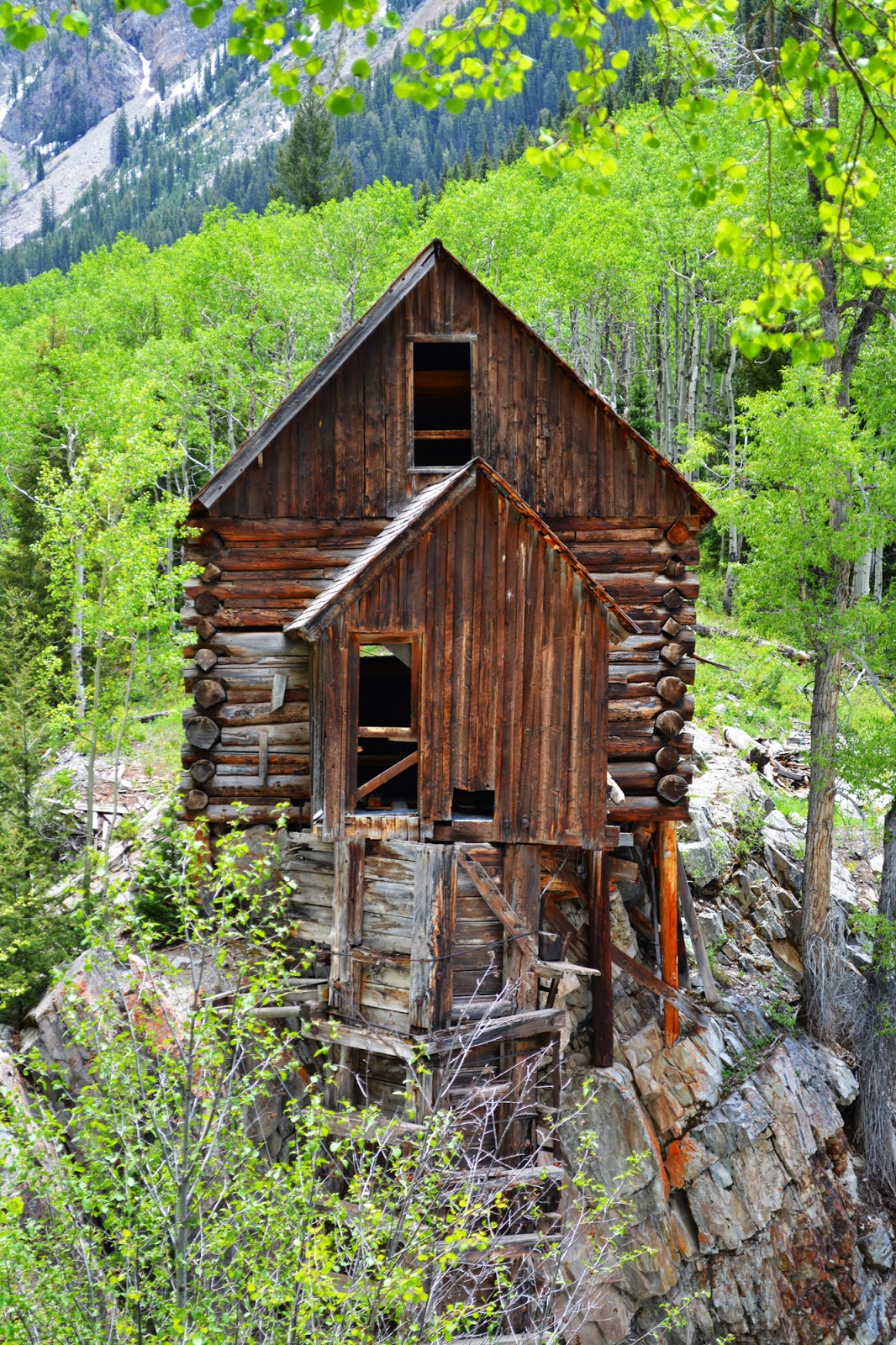 The Ghost Town of Crystal: 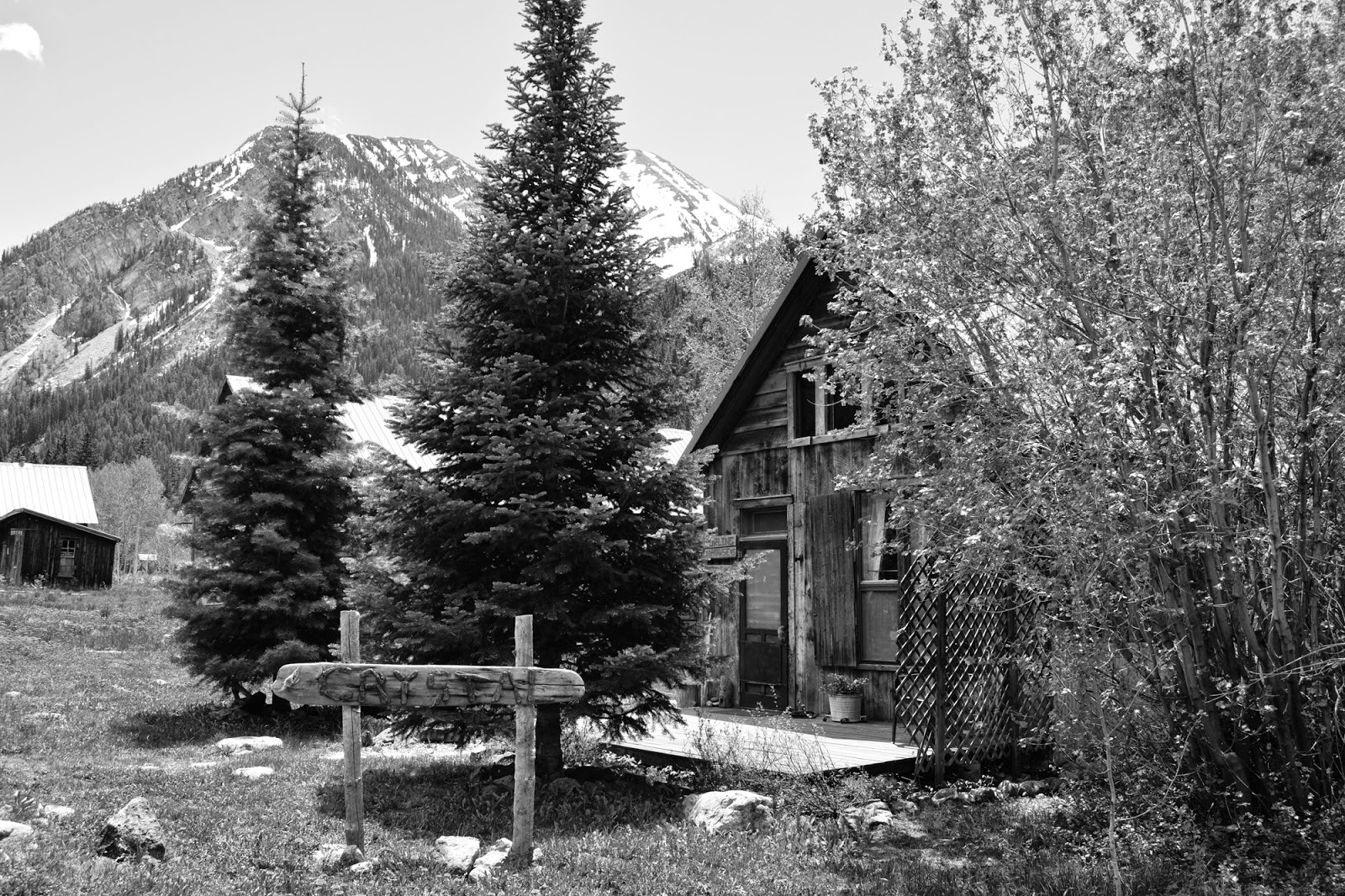 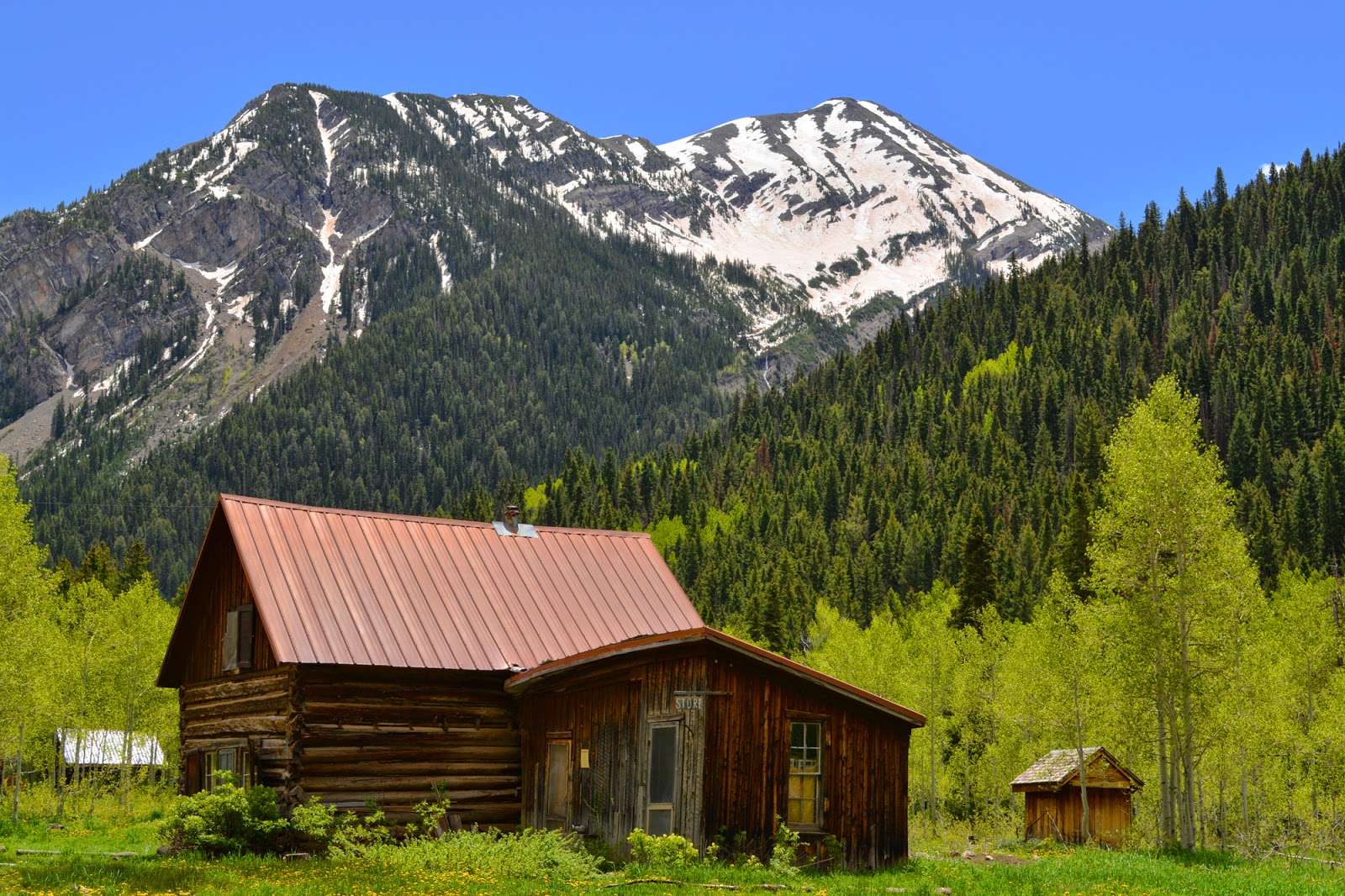 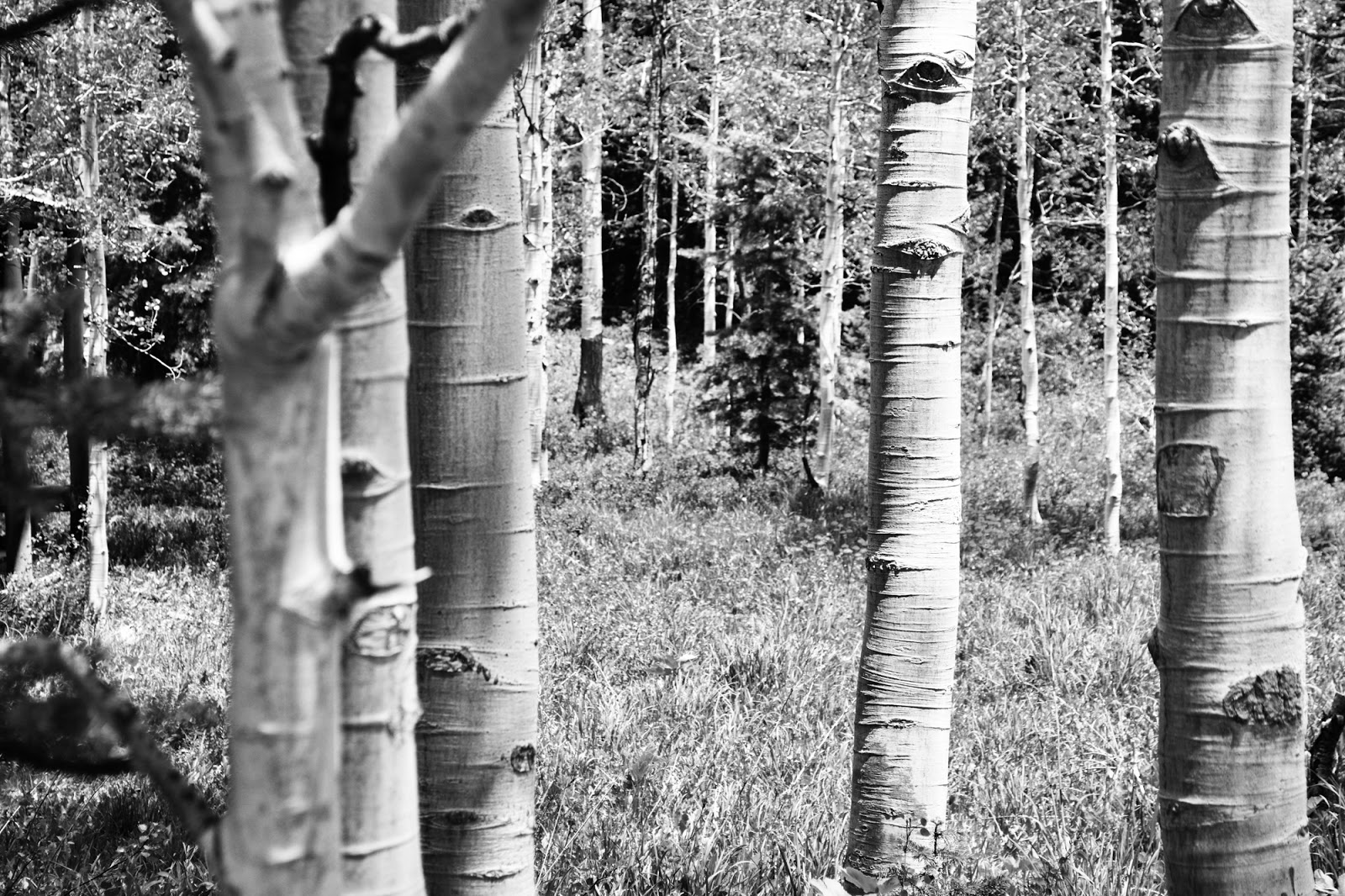 Pictures Along The Trail (Part II): 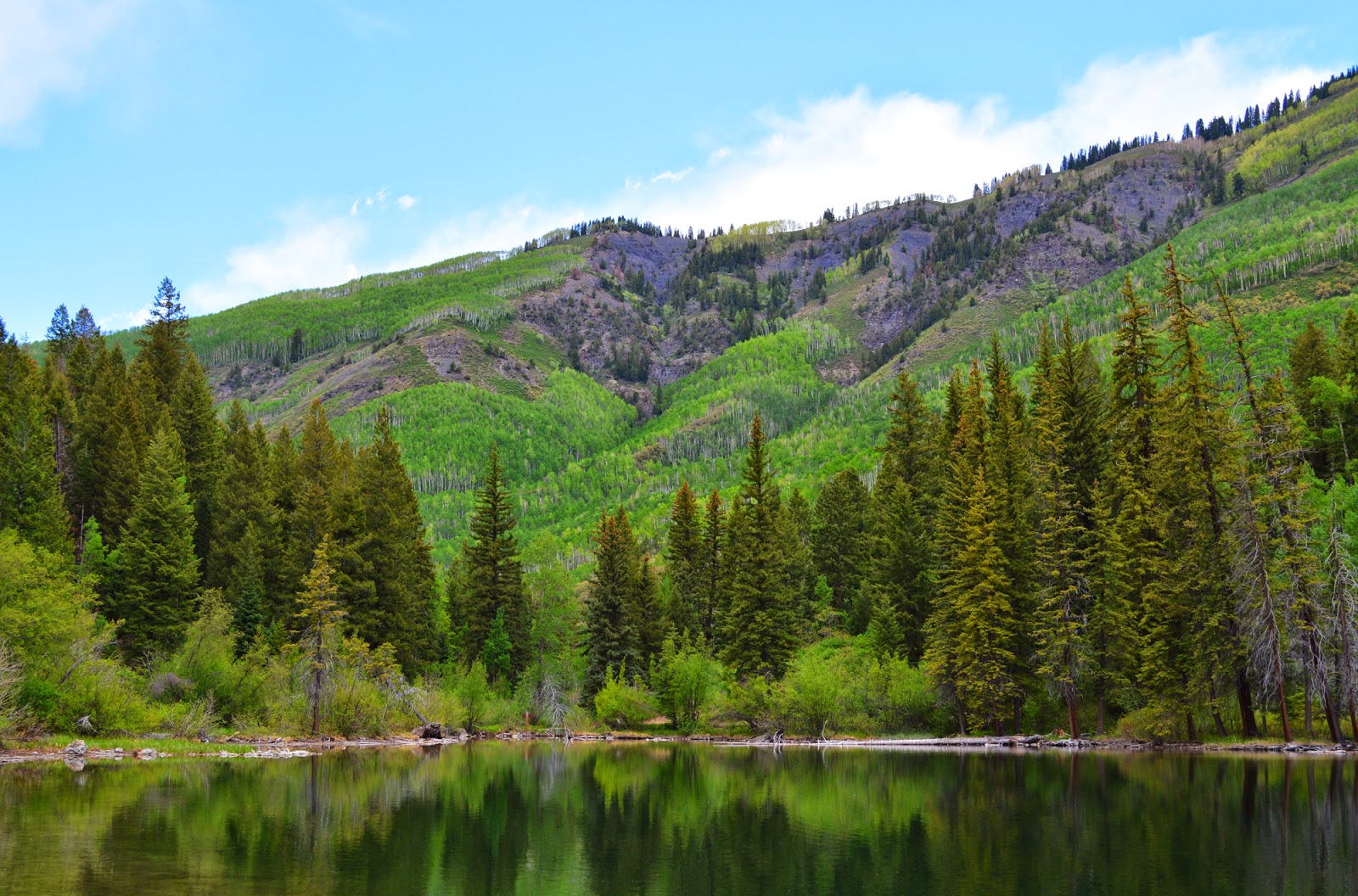 The hike took us almost all day, as I was stopping to take a million pictures, and then Argie was getting tired on the way back, so we had to take several breaks. Once we finished, it was back to the campsite where we quickly set up our tent and then started cooking dinner (grilled cheese over the fire) followed by S'mores. In the morning we made pancakes over the fire as well (this was new for me - they actually turned out pretty well!). 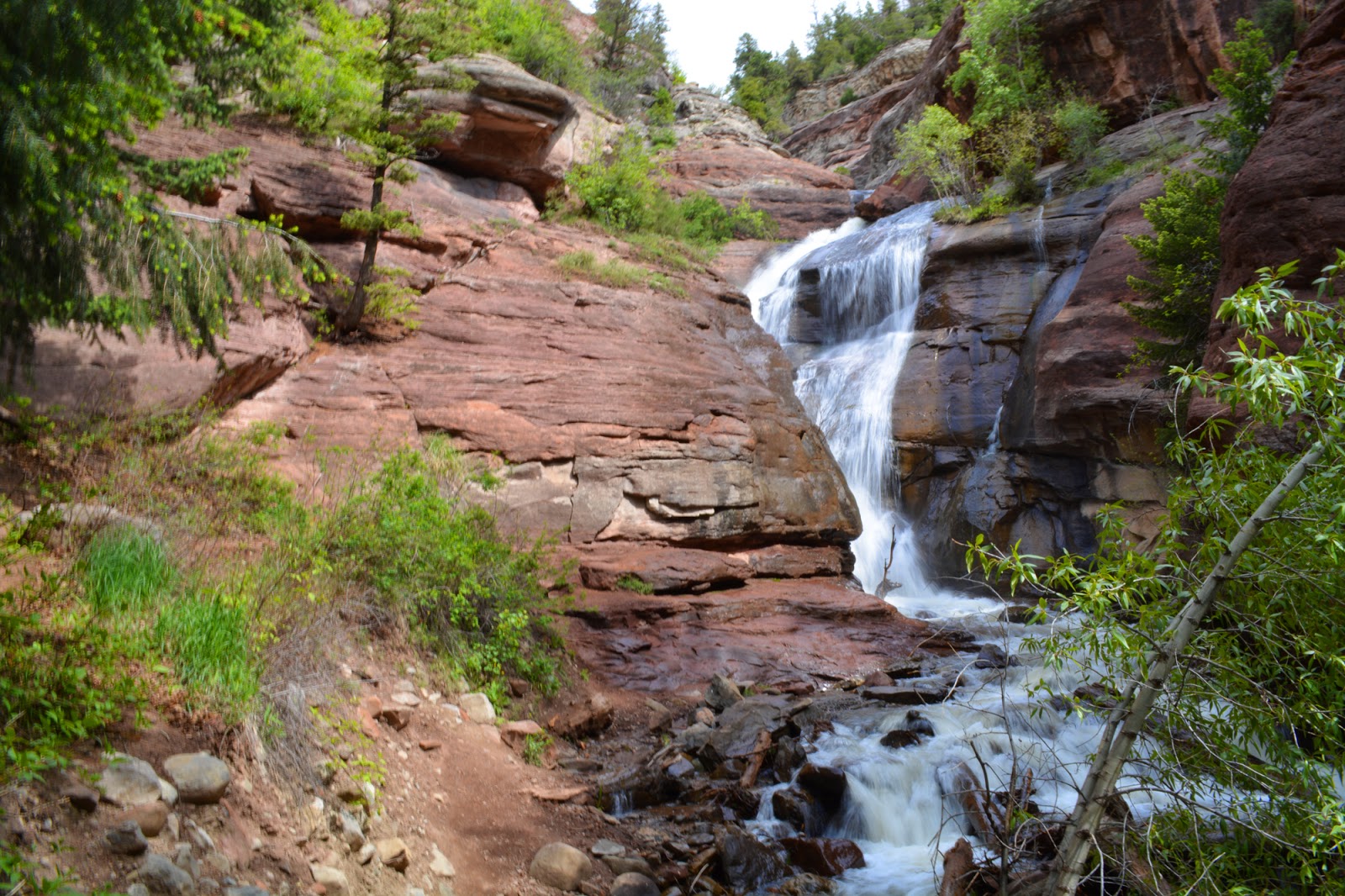