If anyone has been following my races, I'm sure they've heard me mention racing at the Black Canyon several times! That's because, well A.) I live right by this incredible landmark and national park, but also because B.) the local run club, the San Juan Mountain Runners, puts on 3 races per year at it! This however, was the first time doing the Winter Rim Romp - a snowshoe and cross-country ski race.

I heard about this race last year after doing the Black Canyon North Rim Race (which I have now done twice), but was still new to running, didn't know anyone in the club, and didn't know the first thing about snowshoeing or cross-country skiing. So needless to say, I did not choose to participate last year!

However, once I got more involved and started to meet people, I really regretted that decision! Mainly because, if you participate in all 3 races of the Black Canyon Race Series, you get a special prize (which this year was a sweatshirt). So of course, since I did 2 of the 3, I was super bummed...which meant I absolutely had to do it this year! I didn't care that I had only been snowshoeing once in the past 10 years, and twice in my entire life...I was going to do it!

So without further ado, here is my race report on the Black Canyon Winter Rim Romp 8K Snowshoe Race:

(Note - they also had Classic Ski and Skate Ski categories, so there were more people at this event than the 15 that participated in the snowshoe category)

Honestly, I wasn't really sure what to expect for this. As mentioned above, I've only been snowshoeing one other time in my coherent years, and it was only for an hour or so, at a leisurely pace with my family. Not in a race setting, and we did not go very far. So I really had no plan, no expectation, other than to have some fun and finish. I wasn't even sure if I was just going to walk or attempt to run a little.

When the gun went off (I don't think there was an actual gun, but you know what I mean), everyone else started running...so I decided I would try running in the snowshoes. And that lasted a few hundred yards before it was time for a walking break. The course is an out-and-back, and started off with a bit of an uphill slope for about 1/2 mile or so, before gradually heading downhill for 2 miles. This worked out nicely for the first half - because I was able to run/walk for the first 1/2 mile as I got used to the feel for running in snowshoes. Then once I was used to it, the downhill allowed me to pick up my pace and basically run non-stop for the remaining 2 miles until the turn-around-point.

The problem then, was that now I had 2 miles of uphill to do! And let me just say, that was tough. I ended up just doing a combination of running and walking for these 2 miles. It was hard work though! But I kept moving as best as I could and surprisingly finished as the 3rd woman overall! 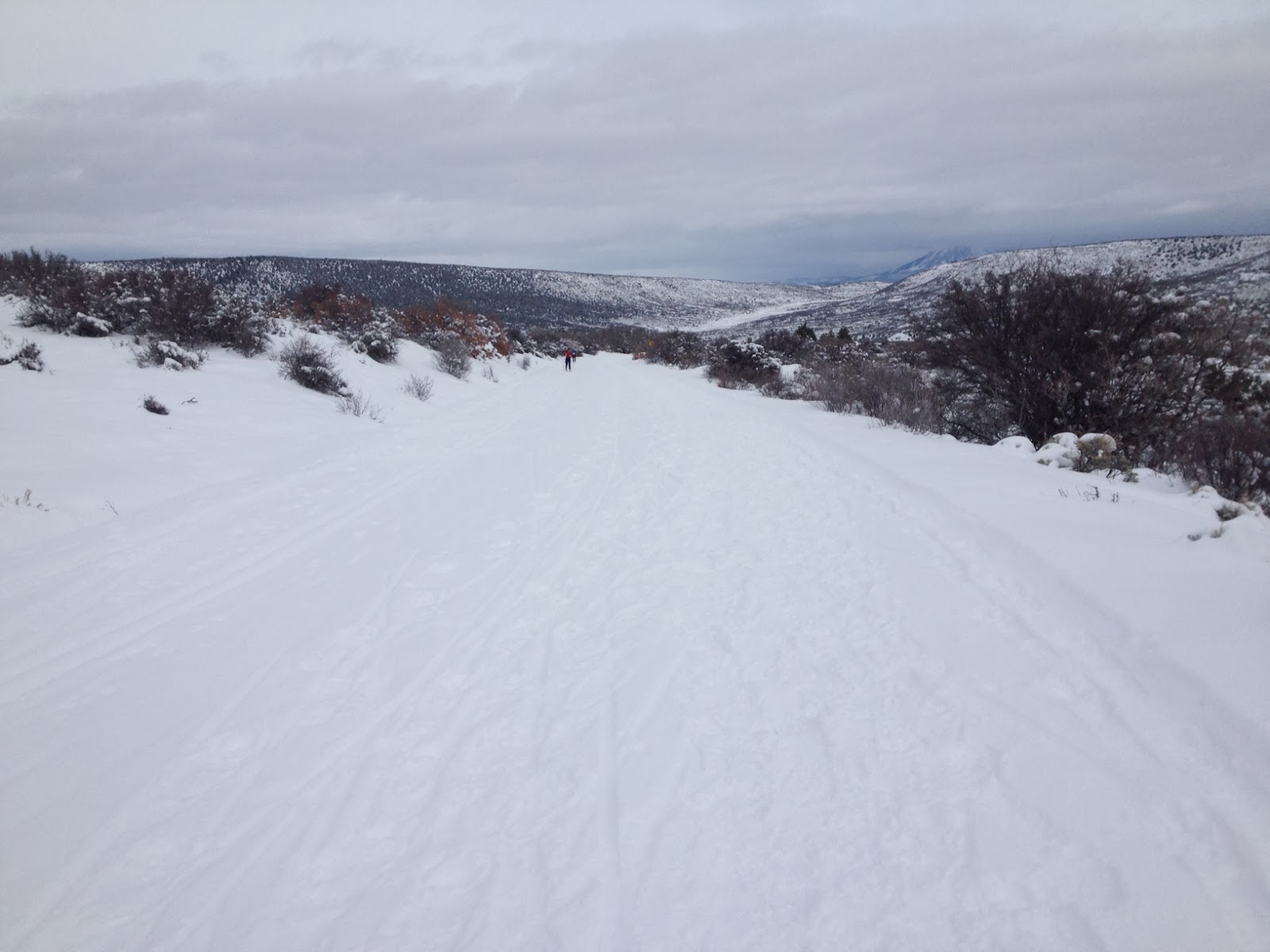 After the race, was the "after party" at Horsefly Brewing in Montrose. We got free chili and a beer as part of our race entry, and I got a medal for being 1st in my age group!

Overall, I had a lot of fun at this event! I'm glad I stepped out of my comfort zone and did it! It was also neat to see the cross-country/snowshoe trail at the Black Canyon. I actually didn't really know they had this until this year. I knew they closed the road past the visitor's center in the winter, but didn't realize that meant you could use it for cross-country skiing and snowshoeing! I definitely hope to get up there and do this again!