Ever since I started hiking 14ers, I knew Mount Elbert had to be on my bucket list. At 14,433 feet, it's the tallest peak in Colorado, and the second tallest in the contiguous United States (after Mount Whitney in California). Another plus for me, was that according to 14ers.com, it's considered to be "easy." Now take that with a grain of salt, because while, yes there's a definitive trail all the way to the top, it still requires 4,700 feet of elevation gain.

As I mentioned in my last post, I had been wanting to go for a long weekend getaway in the mountains. One of the reasons being that I've been wanting to do another Fourteener. I hadn't done any yet this year and already being in the mountains makes logistics a bit easier (and allows for a little more sleeping in and lot less driving). Thus our plans to hike Mount Elbert were formed.

We would stay in Georgetown on Friday and Saturday night, run Georgetown to Idaho Springs Half Marathon, and then enjoy some rest time and a little gambling in Black Hawk before heading over to Leadville on Sunday afternoon to hike nearby Mount Elbert on Monday morning! I couldn't be more excited!

We woke up around 3:00am, got packed up and ready, ate breakfast and were on the road a little after 4:00. The trailhead was only about 10 miles away, but it was mostly dirt road, meaning it took awhile to get there, so it was not until about 4:40 when we actually started hiking.

The first mile we were on part of the Colorado Trail (a 500 mile trail stretching form Denver to Durango), until we reached a junction in the trail that would lead us up to Mount Elbert. It was still pitch black at this point (about 5:15am): 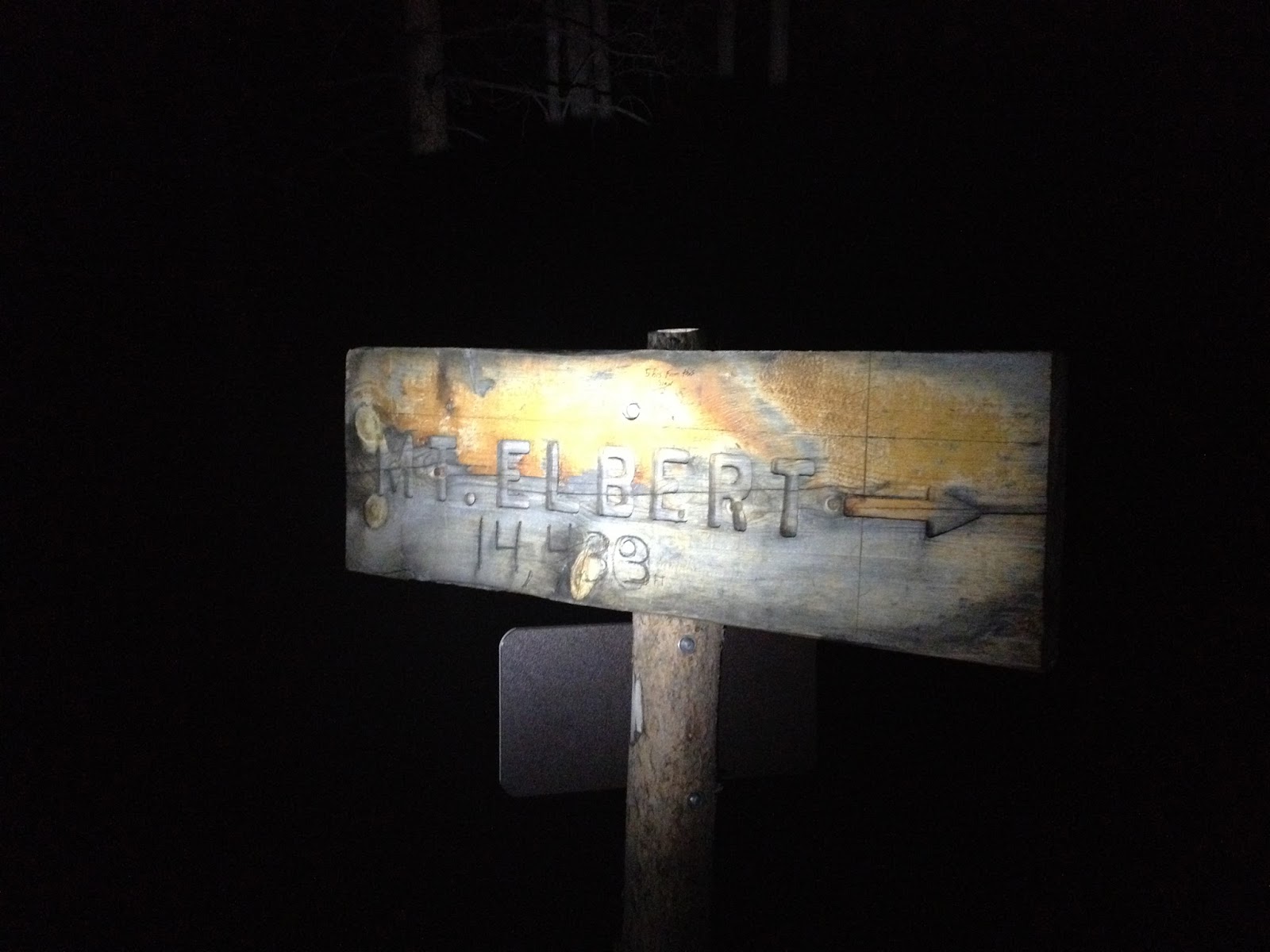 After we left the Colorado Trail is when the climbing really started. We still had to gain over 4000 feet in 3.5 miles. As we continued on for the second mile, it slowly started to get lighter out and I could start to see a little bit of color creeping over the mountains through the trees. I was really hoping we would be above treeline in time to see the sunrise, so I tried to pick up my pace a little in a hopes that we would make it. And luckily, we did! I honestly don't know how we could have timed it better. There was a small section without any trees that we made it to just in time to see this: 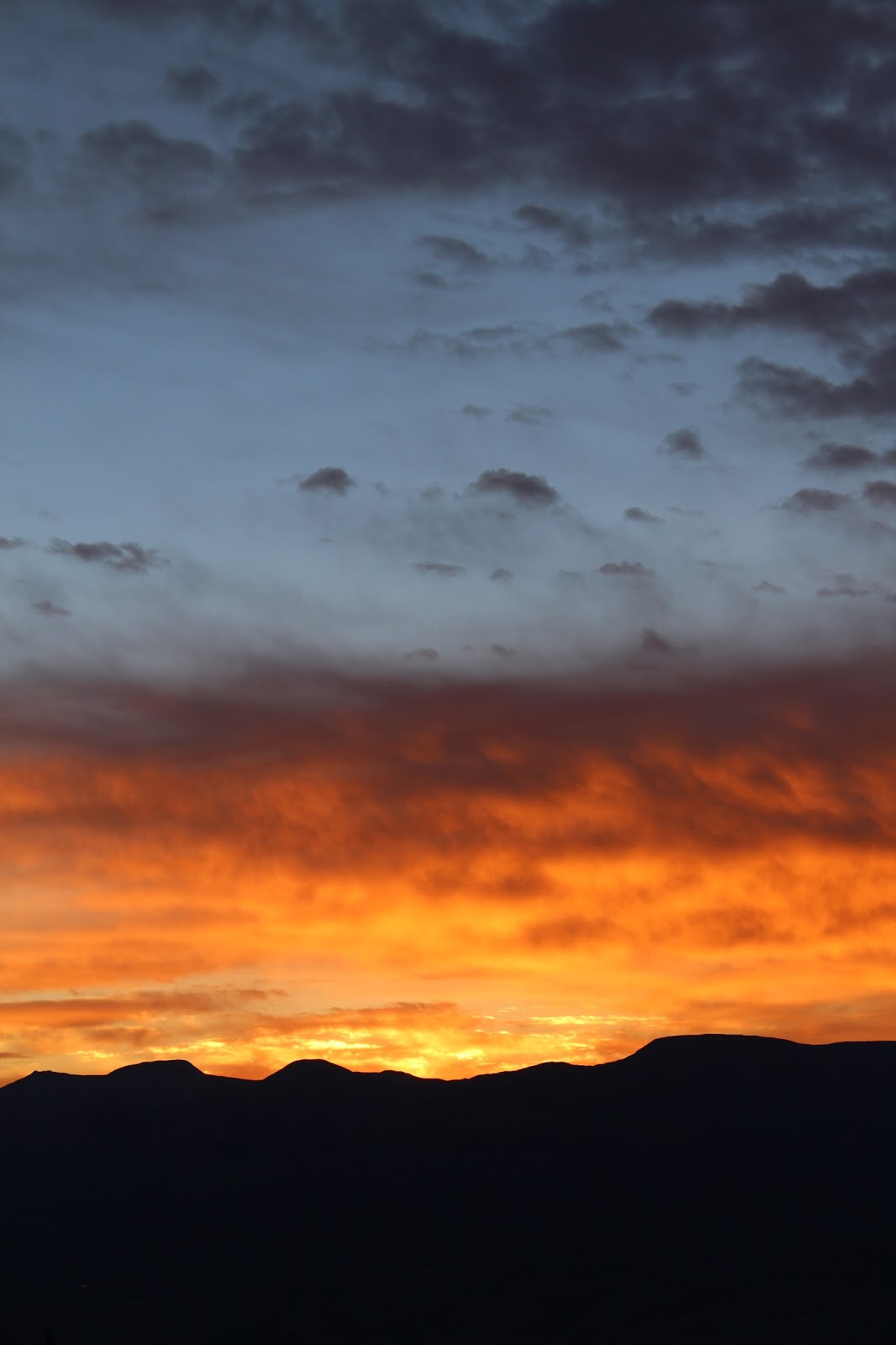 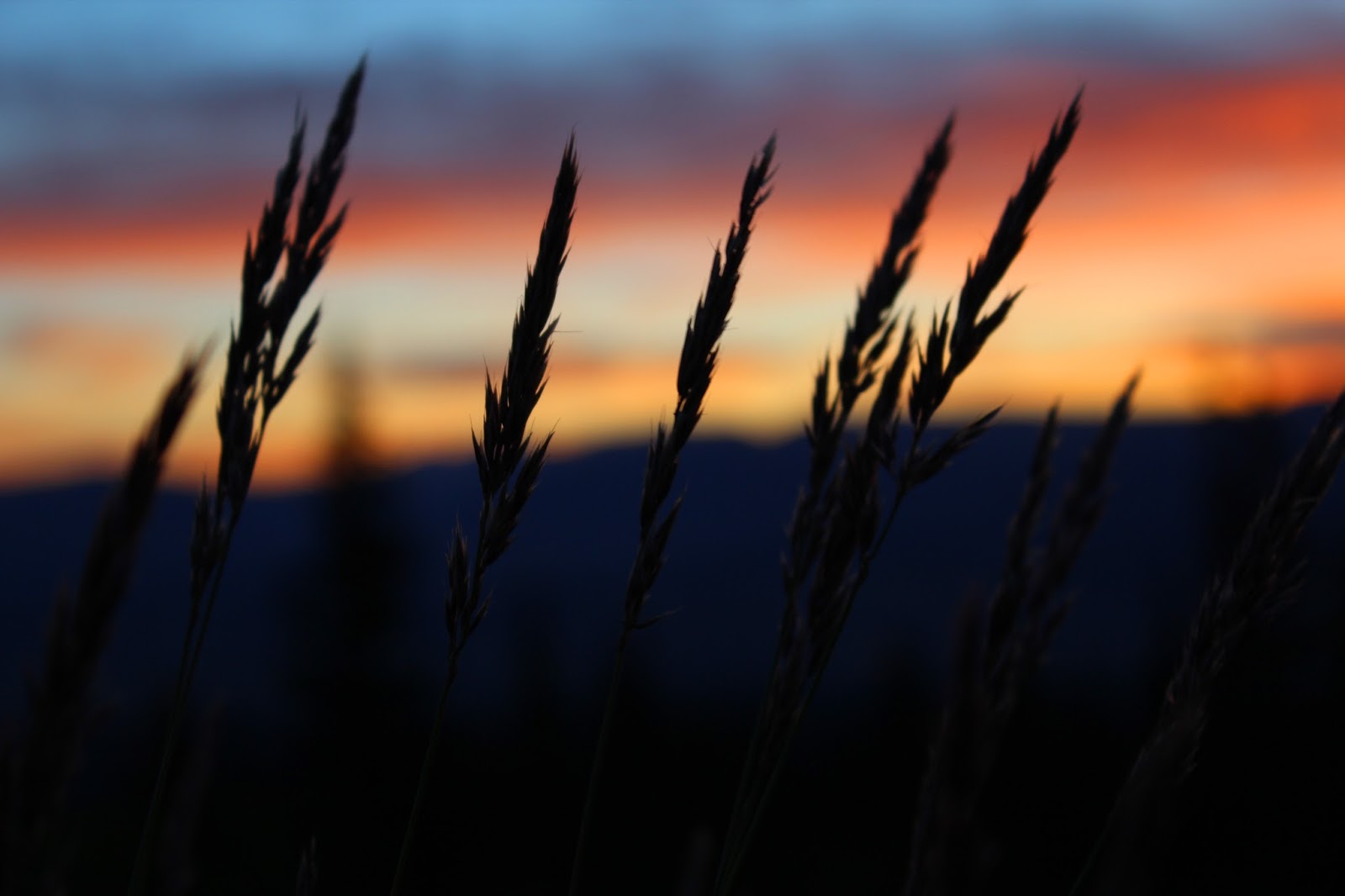 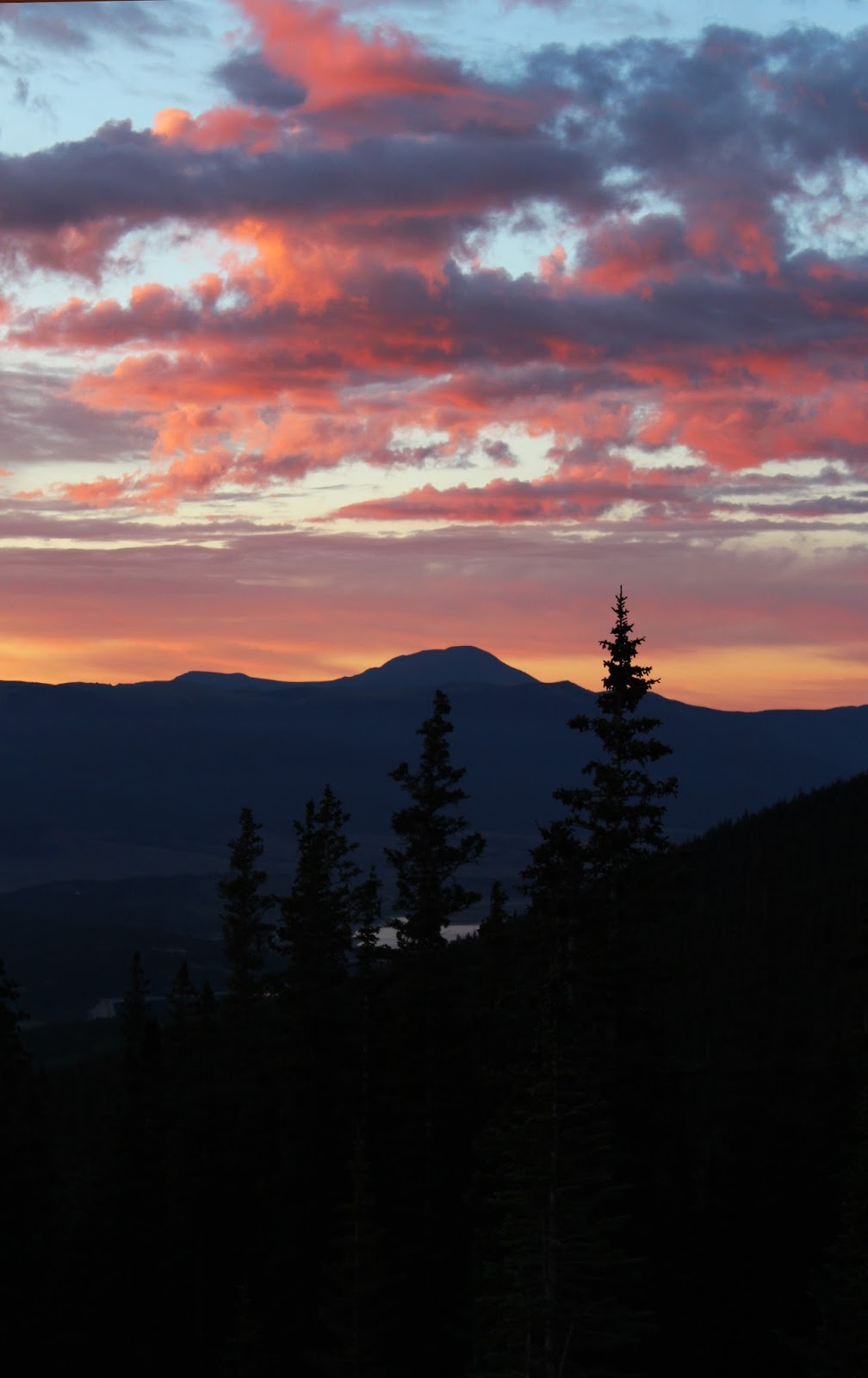 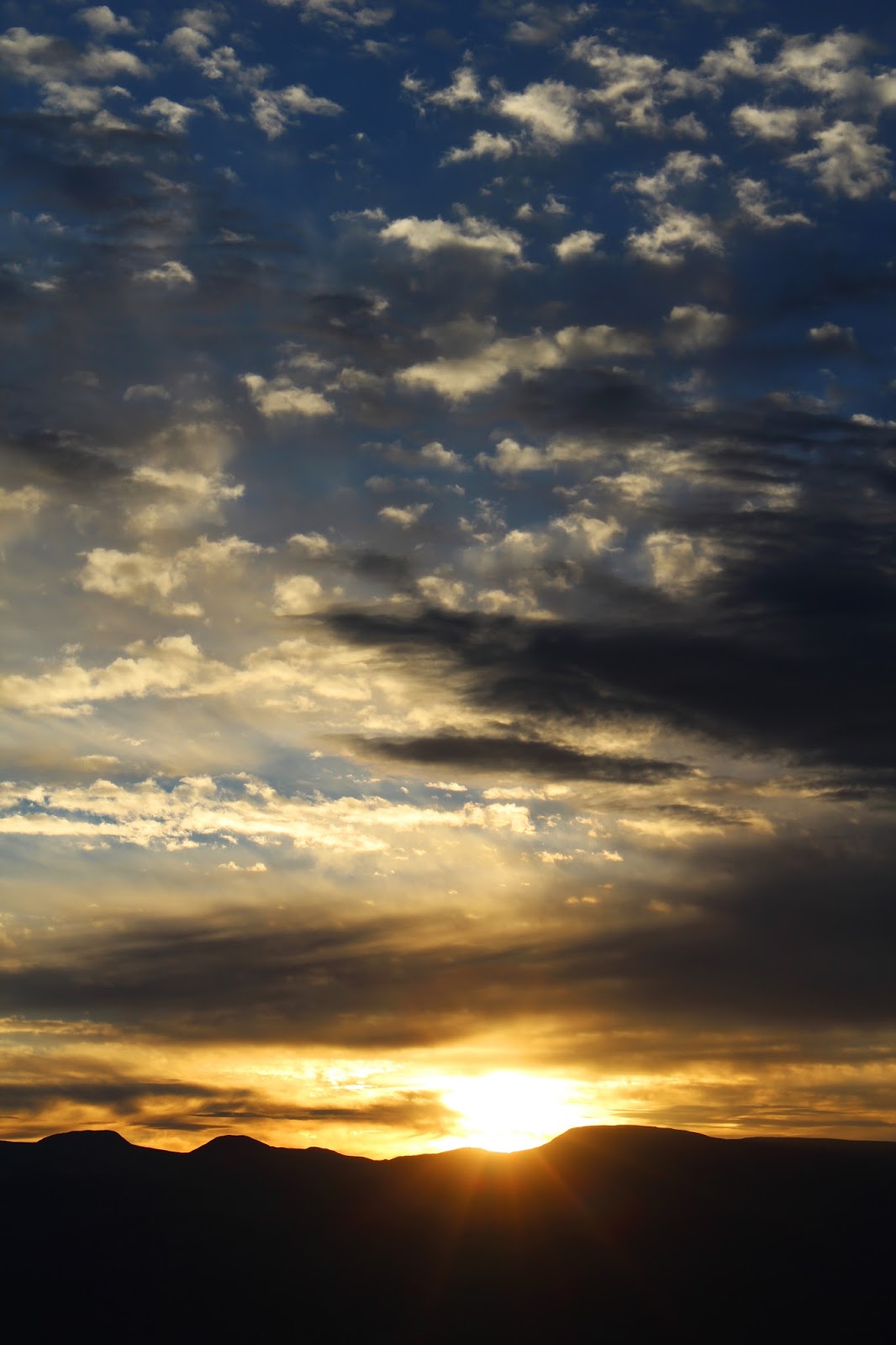 It was incredible. There are few things in this world better than seeing a sunrise over the mountains. We decided to just stay put and watch it for awhile because we weren't completely above treeline yet. We still had another small section of trees to go through and I didn't want to miss it.

After enjoying the sunrise (and taking far too many pictures), we were on our way again. We had about 2.5 miles left to the top, and lots of climbing! One thing that the 14ers website warned me about was false summits. There were 2 false summits on your way to the top. The picture below shows the first false summit - you actually go around to the right side of the top shown in the picture, where you've still got another 1/2 mile or so before reaching the top. 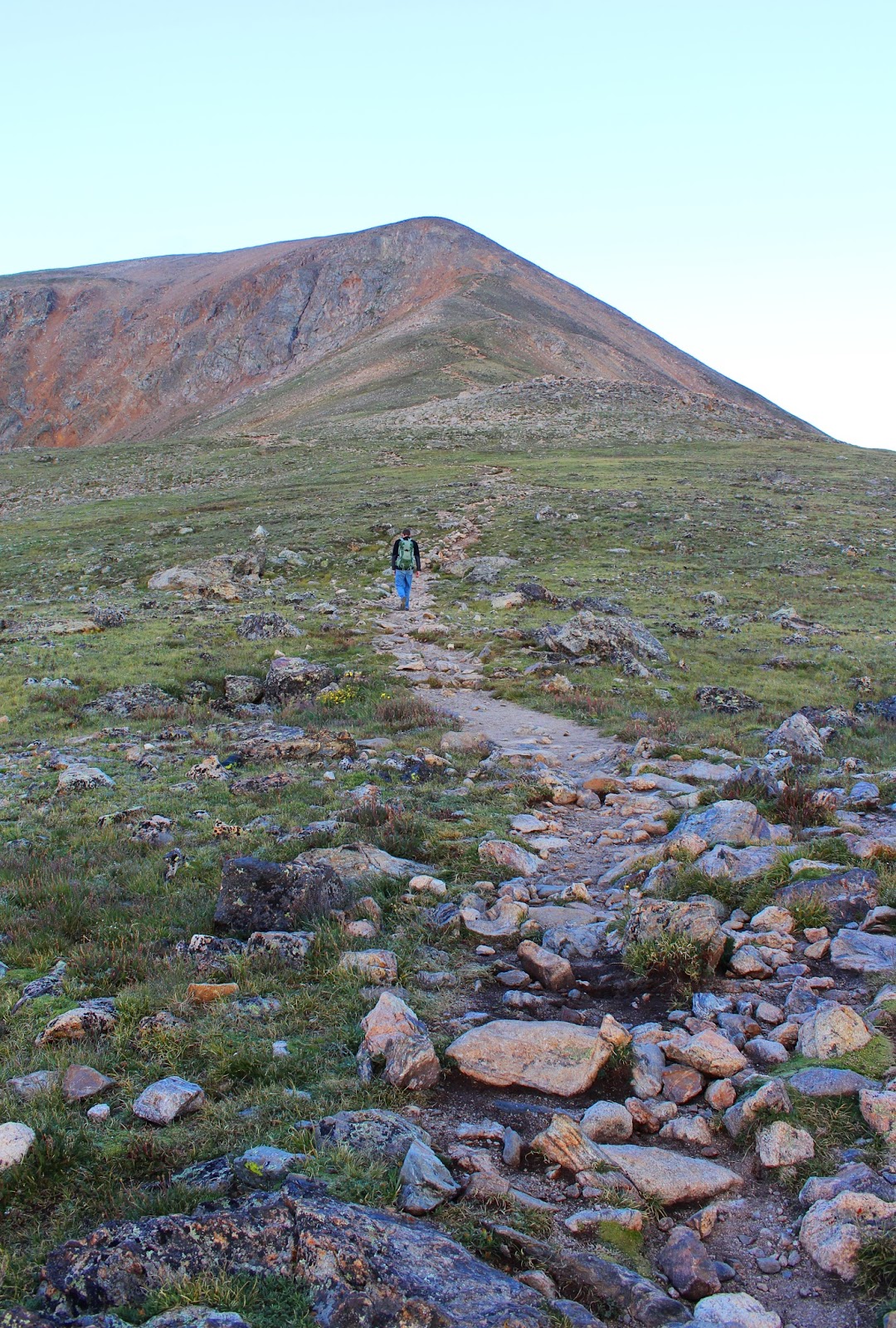 These last 2 miles were pretty slow going simply because of the amount of elevation we were gaining. Not only was it more comfortable to go slow (so I wasn't breathing obnoxiously), but I also wanted to purposely go slow because I knew I was going about 1300 feet higher than I had been so far this year (Imogene Pass at 13,114' was my high point for this summer so far), and I didn't want to get altitude sickness. I haven't ever had it before and I didn't want to make this the first time.

After slow and steadily meandering our way up the mountain, we finally reached the second false summit. Luckily this one was really close to the top! I knew we were just about there! 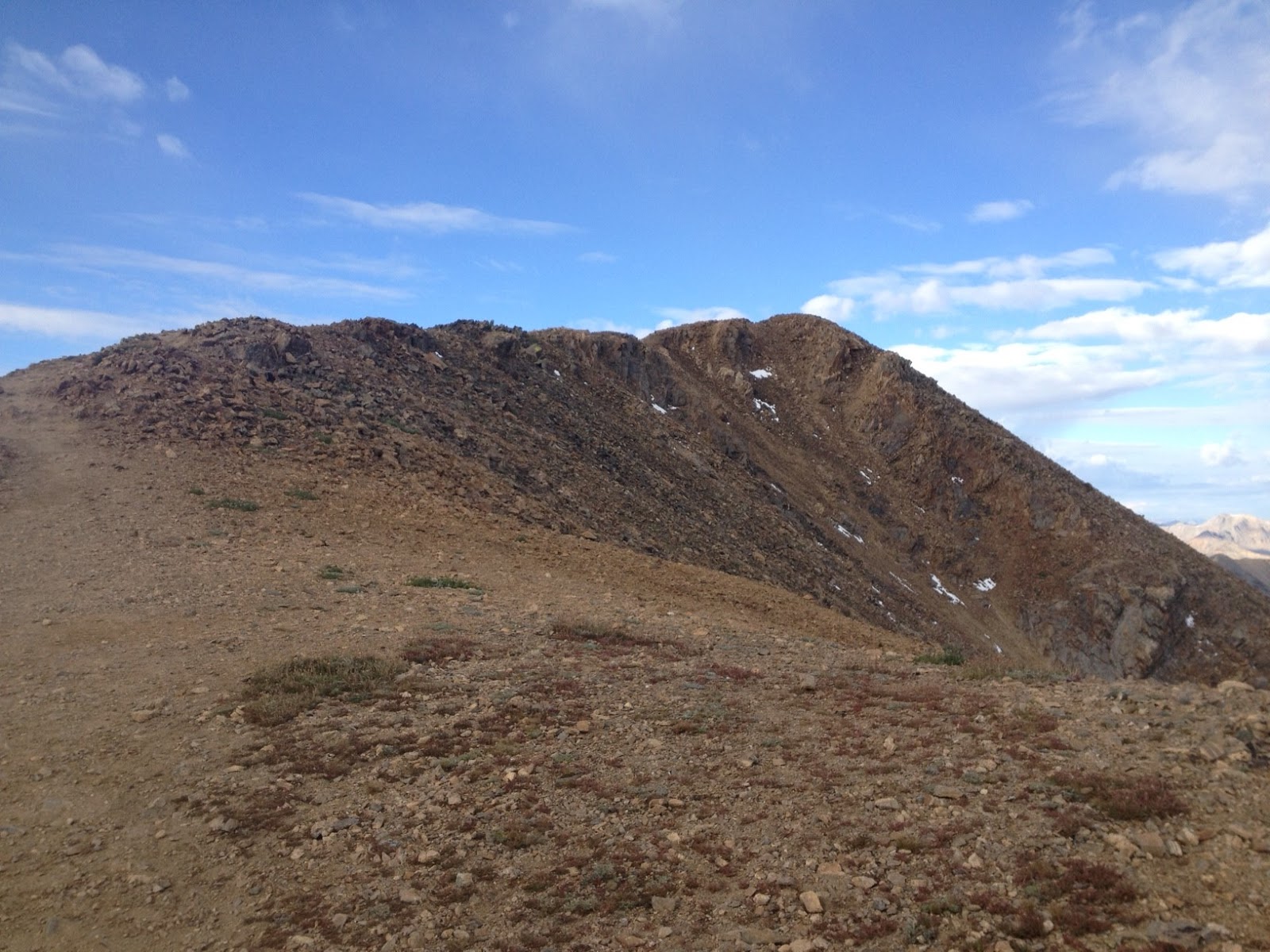 100 meters or so and we reached the summit! And what a sight it was. And as an added bonus - there wasn't anyone else up there (we determined we were the second group to reach the top that day - a runner training for the Pikes Peak Ascent had passed us, reached the summit, and descended already)! This was the first 14er summit we've ever gotten to enjoy on our own (it's the one downside to 14ers - they're usually always packed with people). Because of this, we ended up spending quite a long time up there - about 45 minutes! I was getting 5 bars on my cell phone so Scott actually face-timed his parents in Alaska from the summit! After that we found a little bit of a sheltered area (it was windy and quite cold), and had a few snacks while enjoying the views.

A few minutes before we were planning to head back down another couple reached the top. It actually worked out quite nicely because I was able to get them to take a quick picture of the two of us at the top (and I did the same for them): 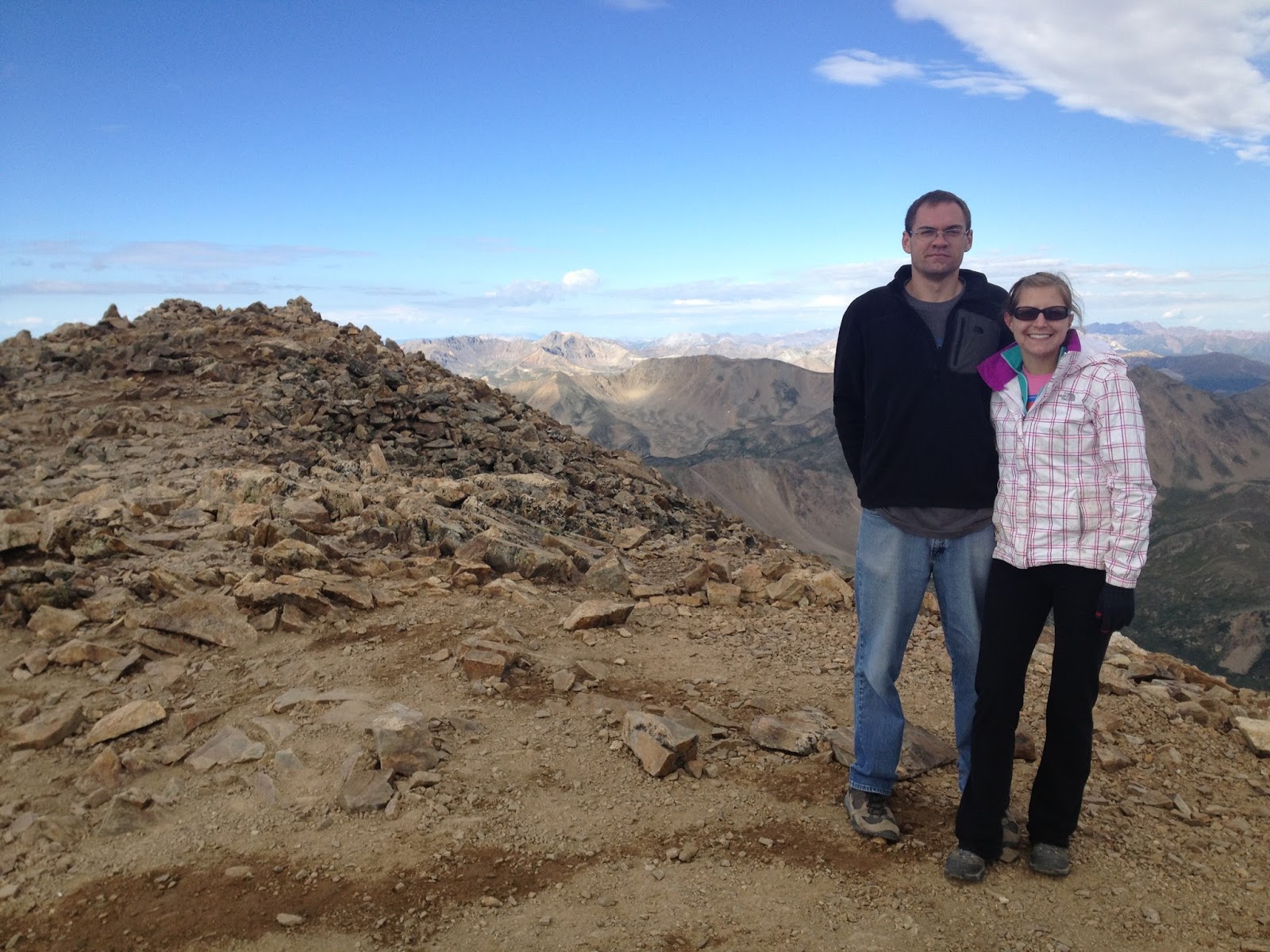 Views from the Summit: 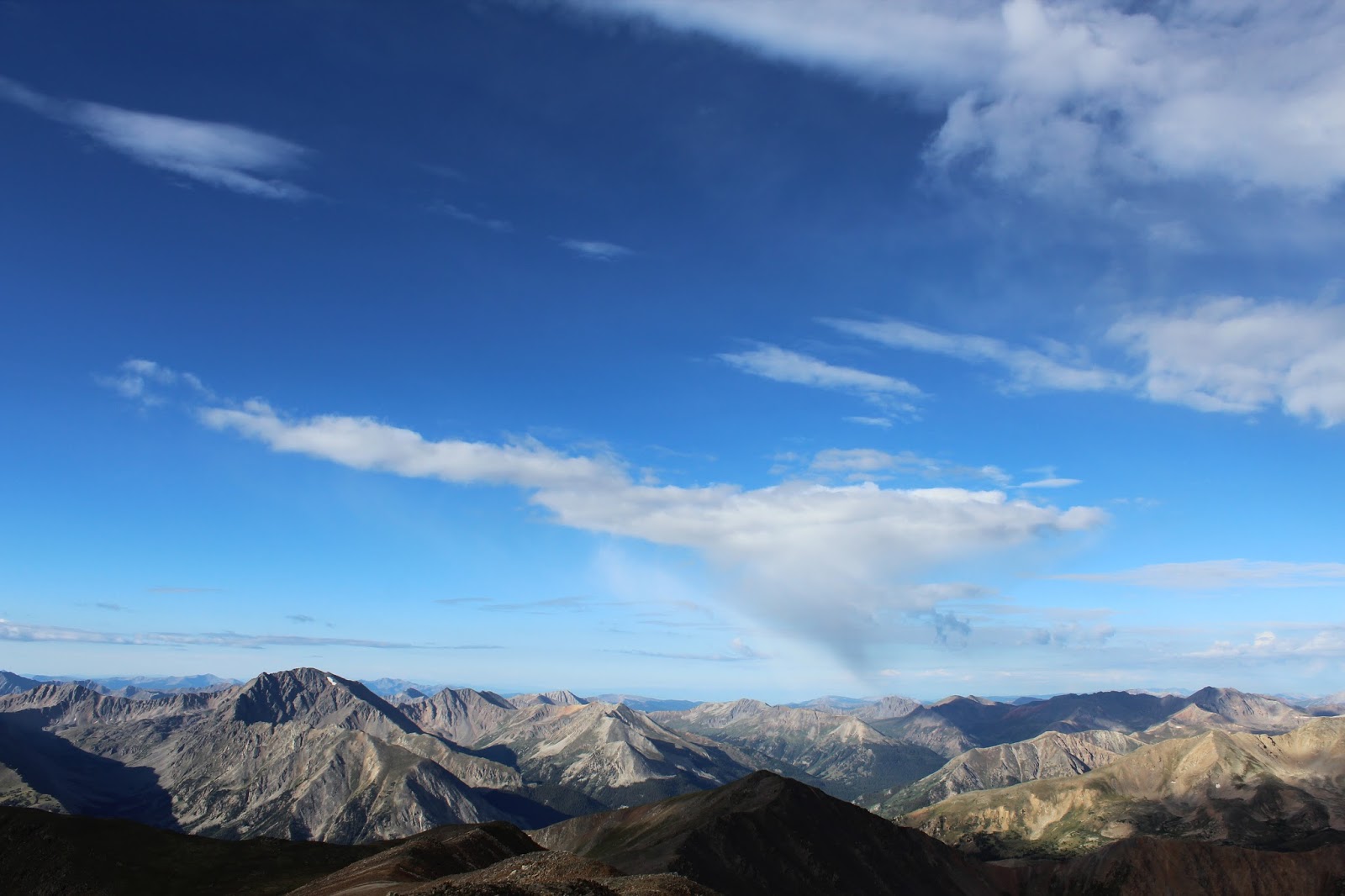 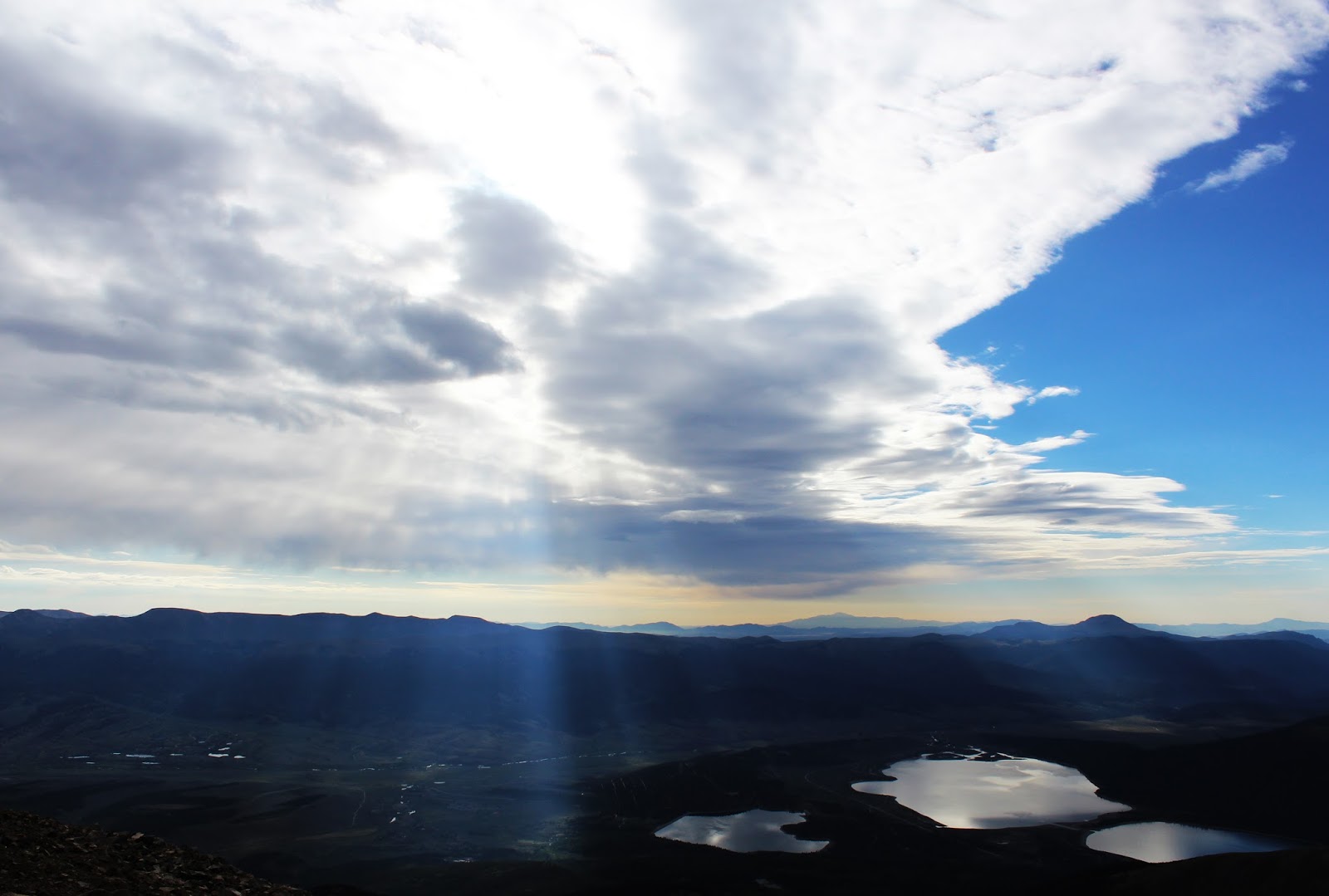 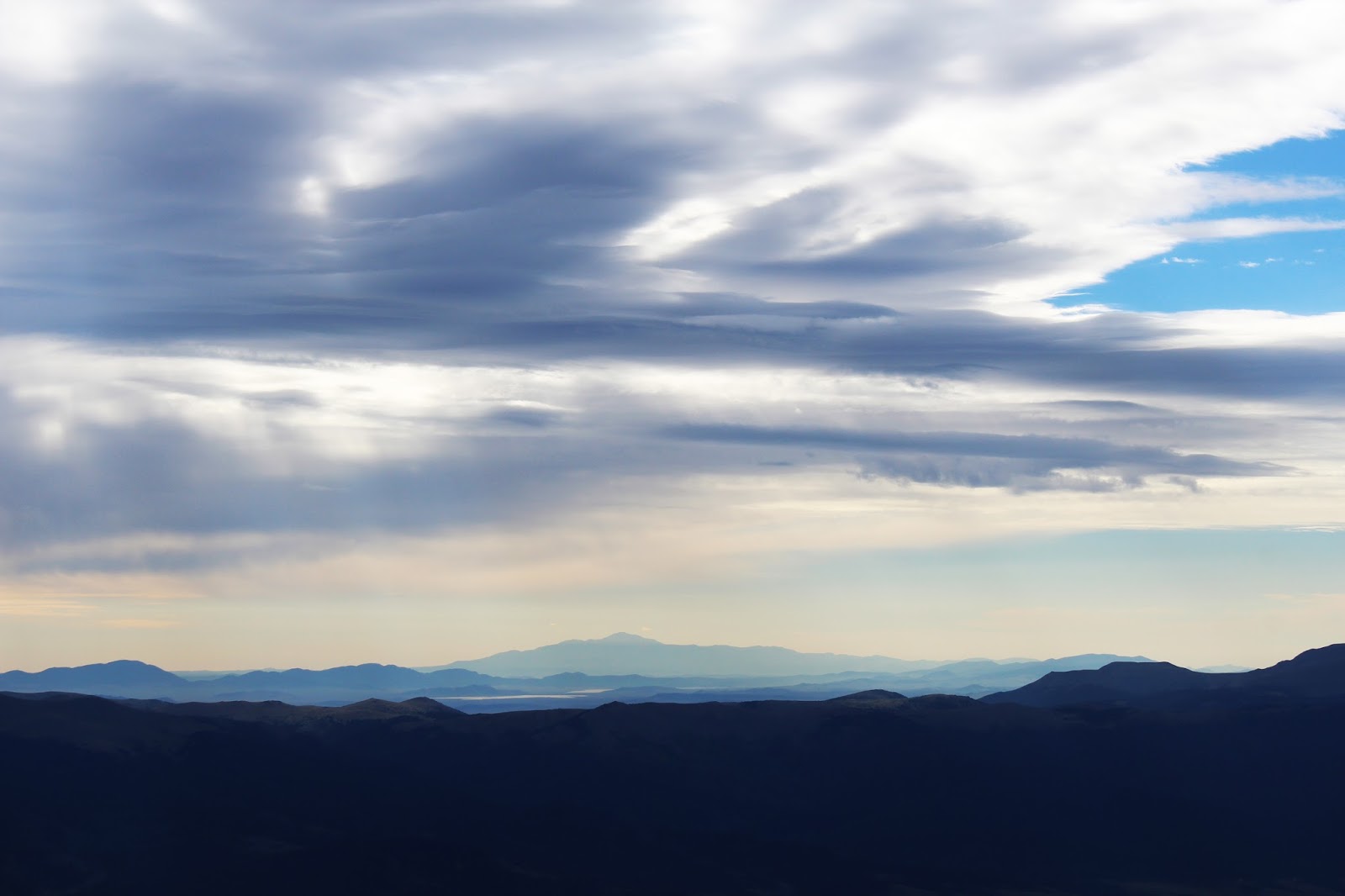 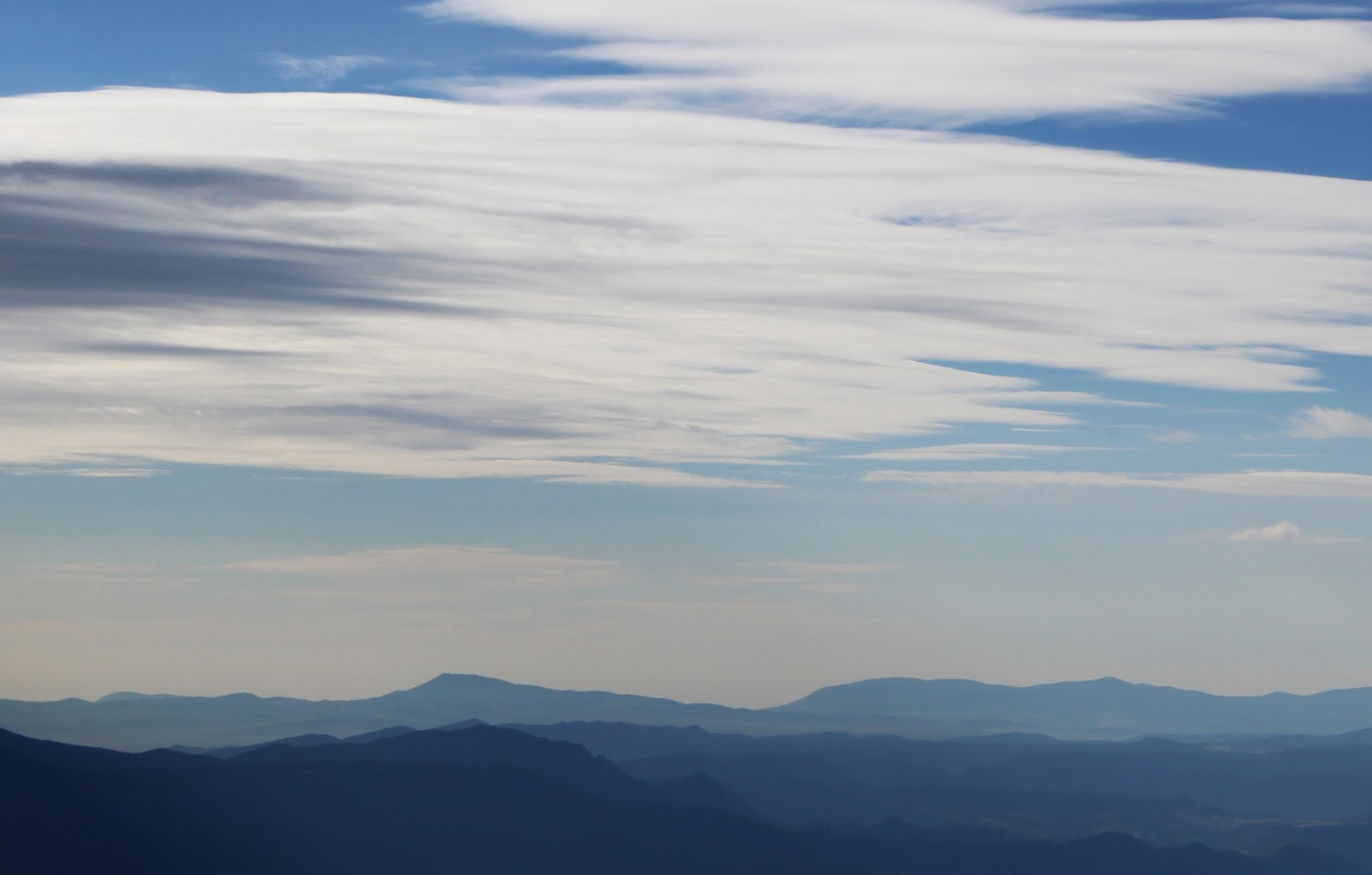 I've been trying to figure out if the below peaks are the Maroon Bells, but am not having any luck. They look kind of like them, and I expected to see them from the top, but these almost seemed too close to where we were. 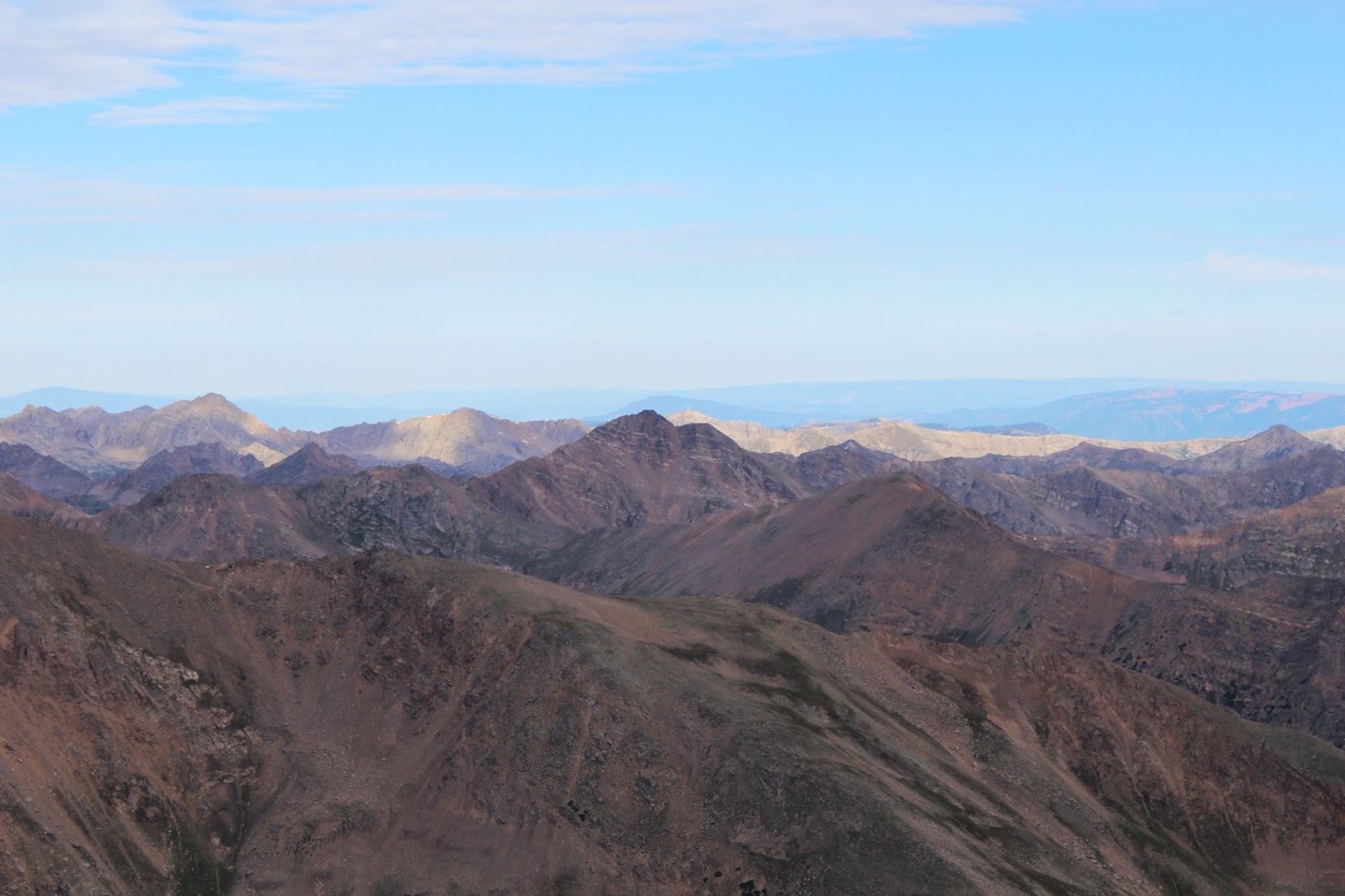 ﻿
Video from the top:


The rest of the way down was fairly uneventful. The crowds started coming pretty shortly after we started our descent and then about 1 1/2 miles before we made it back down it started raining. I was glad we weren't at the summit for that!

After we made it back down, we headed back home with just one quick stop to get a few more pictures: