Monuments, Marathons, and who am I?

Is it really already mid-May? I swear time gets faster as I get older!

Several things have happened since my last post. I left off right after finishing my very first Half-Marathon...and I am now officially signed up to run a FULL marathon in January! That is 26 point freaking 2 miles that I will be running in none other than the most magical place on earth - yep, you guessed it - Disney World!

Many people keep asking me, "Why, Disney World?" - especially since we don't have any kids yet. Well the reason is this - for starters, Disney World, in my opinion, will be way less stressful and much more relaxing without kids, and more importantly, I wanted to make a big deal out of this. I mean a year ago, I wouldn't have thought running a marathon was anything I would EVER do, and now I'm actually looking forward to it! I'm honestly wishing it wasn't so far away (9 whole months!). So to celebrate what a transformation I've made in the past year, I wanted to make this extra special. So, hubby and I will be spending a little over a week (Yes, I said OVER a week - I haven't taken that long of a vacation since who knows when, and never with Scott yet). Needless to say, I am very excited. We're officially registered for the race and our plane tickets have been purchased (courtesy of my Dad's frequent flyer miles as an early Birthday gift - thank you!). All that's left now is booking a hotel and purchasing park tickets!

Meanwhile, I wanted to take a moment and reflect on that so called "transformation" I touched on in the last paragraph. I keep having moments where I literally stop and think, "who am I?" I honestly feel like I have changed SO much in the past year. I went from this overweight (technically it's been 2.5 years since I was overweight, but you get the idea), lazy couch potato, to someone who runs 25-40 miles per week! And I actually ENJOY it! It's so hard to explain, but it literally has changed my life. I love the feeling of running distances I've never ran before and pushing myself to limits I never used to think were possible. I've said this before to most people, but I used to *think* I hated running, but the truth is, I just never gave it a chance, which is why I beg you to forgive me if I keep mentioning how wonderful it is and how you should try it. I just can't help it, I'm in love! I've never considered myself athletic by any means, which is why this is all so new to me and why I still surprise myself!

Speaking of surprising myself, I am actually considering signing up for the Imogene Pass Run on September 7, 2013. This is a 17.1 mile run that goes from Ouray to Telluride by way of 13,114' Imogene Pass. Starting elevation in Ouray is 7,810 feet, and ending elevation in Telluride is 8,750 feet! Needless to say, it's pretty intense! I had heard about it a few months ago, but wasn't really considering it until chatting with a fellow runner at a Saturday morning group run a few weeks ago. He's done it a few years in a row now and said that the local running club puts on training runs throughout the summer to help you prepare. So that's what got me thinking about it. I've got to decide by June 1, when registration opens, because it sells out within hours!

In addition to the Imogene Pass Run and my Marathon, I'm hoping to do several more races this year. I honestly wish I could race more often, but the cost just really adds up (many being $60+ per race)! I just love being in that race setting, I feel like I push myself more than I do in training runs.

Here's what my racing schedule looks like for the remainder of this year:
(The "hopefully" means I haven't officially registered yet)

May 18th - Black Canyon Ascent 6 Mile Run (~2000 feet elevation gain)
May 27th (Hopefully) - Sage Burner 25K Trail Run (I'm thinking this will be a great trial to see if I really do want to do Imogene - it's long at about 15.5 miles, but not nearly as much elevation gain)
July 13th (Hopefully) - Komen For the Cure Aspen 10K (this one I really want to do for sentimental reasons - if I hadn't signed up for last years 5K, I honestly don't know if I would be running today!)
August 10th - Georgetown to Idaho Springs Half Marathon (with the hubby!)
September 7th (Hopefully) - Imogene Pass Run 17.1 Mile Run
October 13th (Hopefully) - Black Canyon North Rim 20K (did the 8K last year)
January 12, 2014 - Walt Disney World Marathon (also with the hubby!)

For now, my training isn't too structured, other than going to a Speedwork group on Wednesday nights (this has been an awesome addition to my training and I'm so glad that I'm starting to meet fellow runners in both Delta and Montrose!), and group runs on Tuesdays and sometimes Saturdays (if it doesn't conflict with my long runs). Once my marathon date gets closer though, I'm going to have to do some research to find a good, professional, structured training plan.

Well - I honestly was not expecting to go into that much detail about running, but there it was! And I didn't even touch on the 5K I did in Westminster on April 6th - it was my first timed 5K since my first ever 5K (Komen Aspen last year). I beat my time by over 10 minutes and was the first place female finisher (although it was a small race, only 30ish women ran it, but it was very exciting nonetheless)! Here are a few photo's:

Last, onto a "non-running" note (finally) - Scott and I went our first hike of the season last Sunday! We went and hiked the Colorado National Monument. Here are the stats, a brief description, and some pictures: 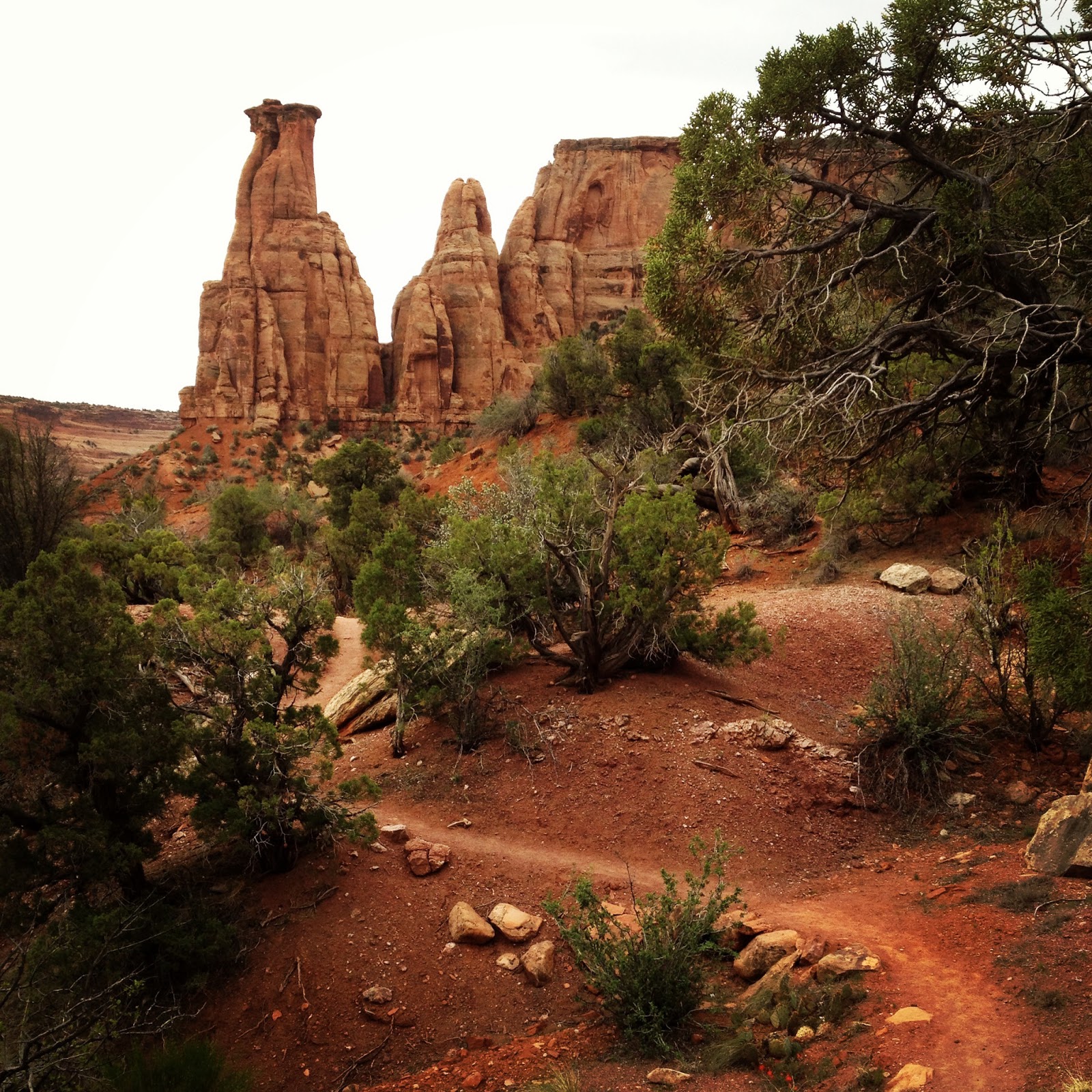 Overall this was a great hike to kick of the season with. It was long, but not too challenging elevation wise. There were definitely a few areas with a good climb, but overall considering the length, nothing too bad. My feet were getting tired by the end, but physically I wasn't too tired at all. I guess all of the running has been helping!

We started at around 6:00am, caught a little bit of a sunrise, and were able to enjoy mostly cool temperatures for the first few hours. With the exception of one lonesome hiker, we had the trail to ourselves until about 5 1/2 miles in. After that, we would pass hikers every so often, although not as many as I expected considering the close proximity to Grand Junction. It was a beautiful hike though, quite similar to Moab. I'm honestly itching to do a Mountain hike above treeline, but the mountains have just been getting dumped on with snow, so I'm not sure how soon that will be!

Here are a few more pictures from the day: 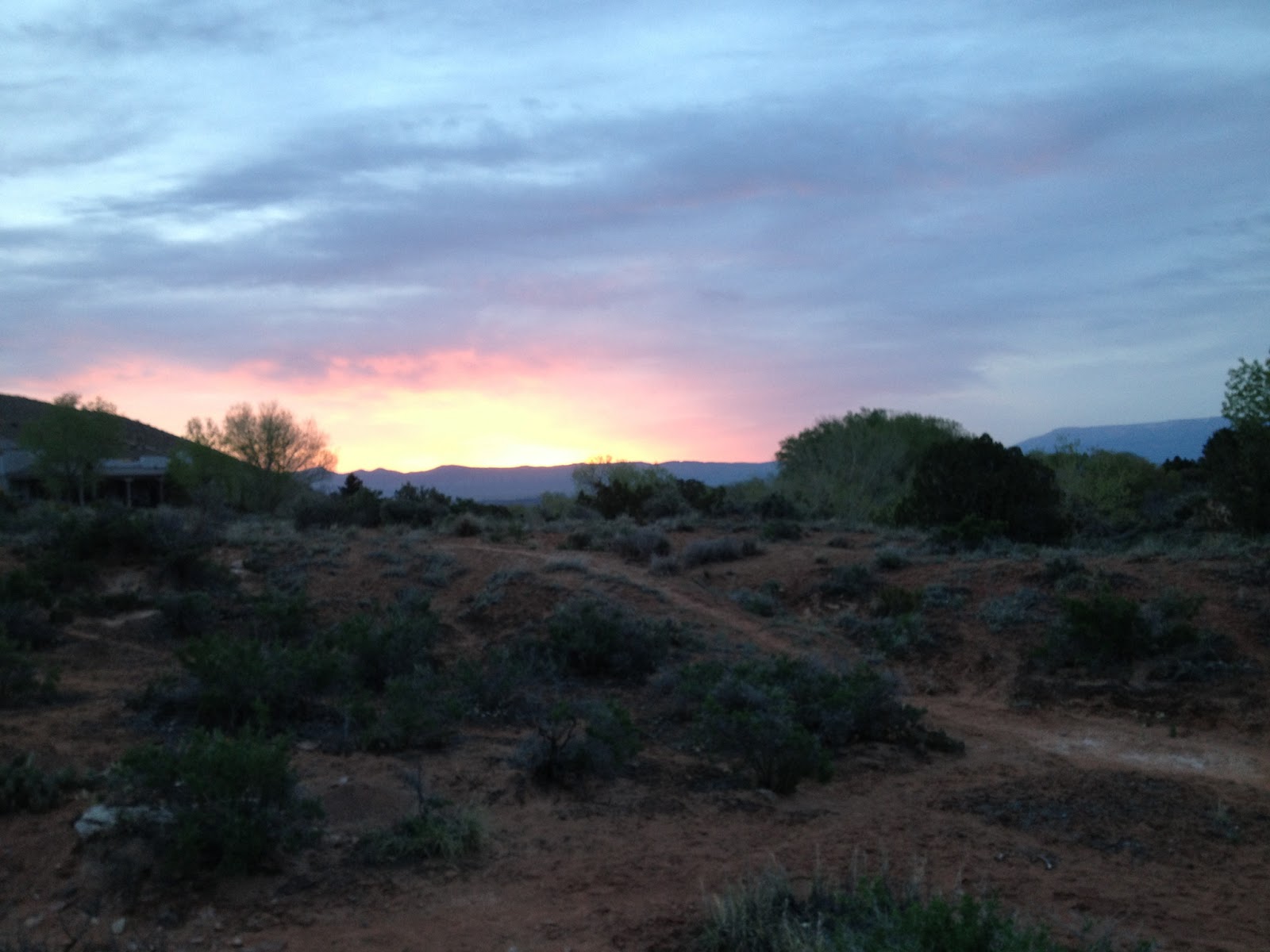 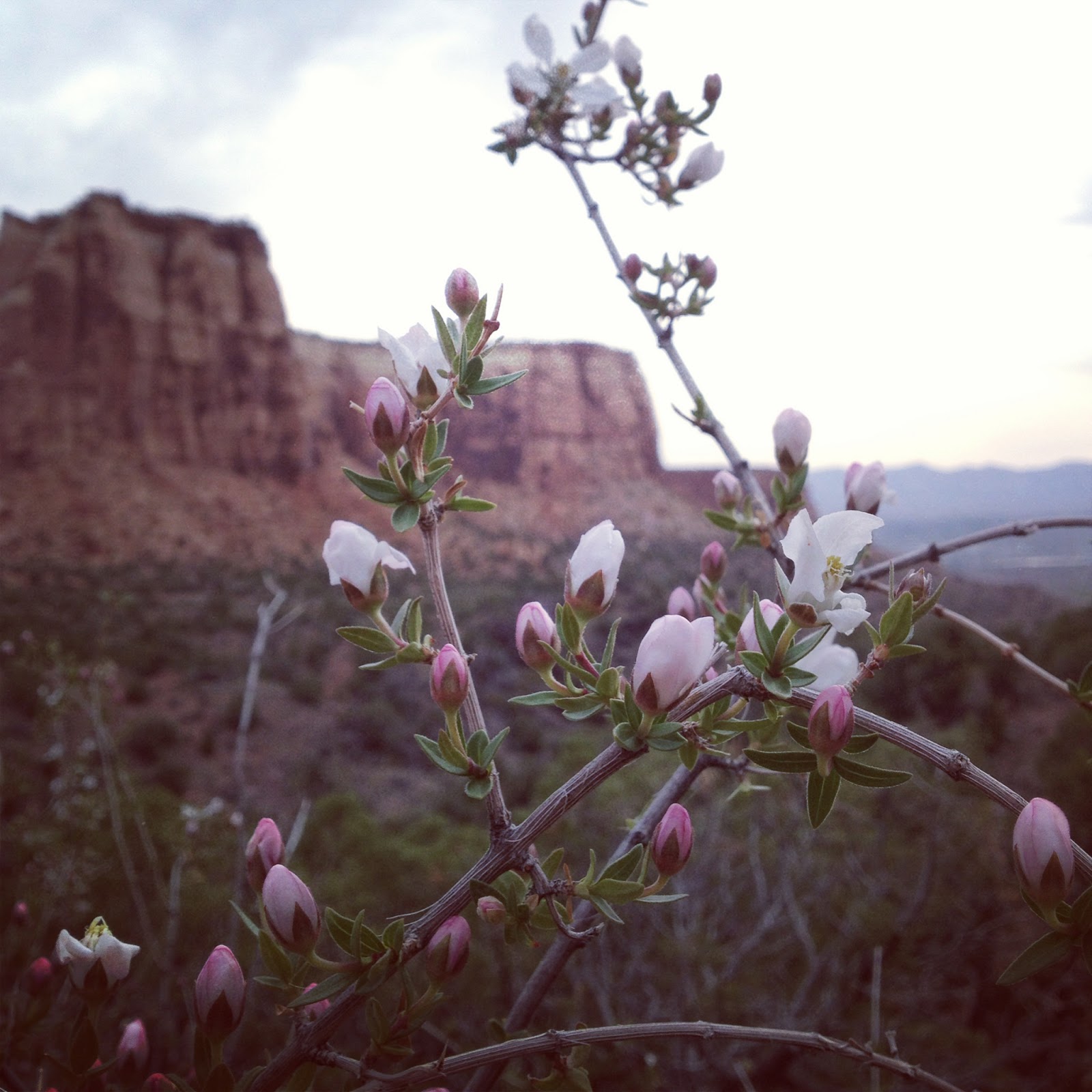 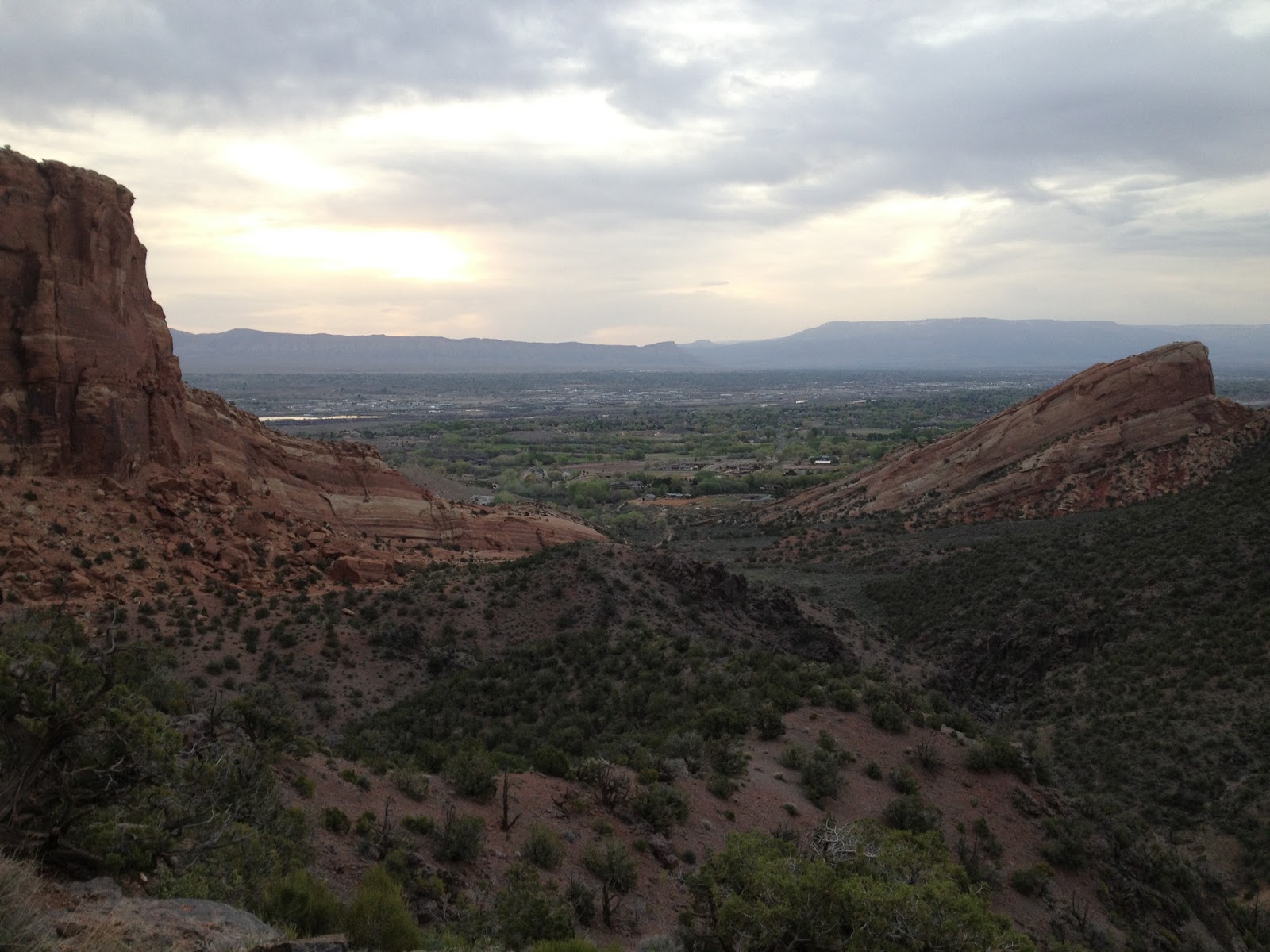