I first heard about the Black Canyon Ascent in April 2012. At the time I wasn't running, well atleast not consistantly and not anything over, maybe a mile? I thought, that might be fun to walk (and there are actually a lot of walkers - at least half of the people who do it). Well of course, I didn't follow through and walk it last year, but I had it in the back of my mind - what it was and when it was.

So when I got serious about running, I knew I had to do it. I'll be honest - it didn't sound fun AT ALL, but it seemed like a really good workout and a great challenge for me. Plus, lets face it, Montrose doesn't have very many "local" races. This is the first race I've done in Montrose, and it was quite nice to not have to wake up 4 hours before the race, or stress out about trying to find a hotel nearby etc.

To the many that ask - no, you're not running from the bottom of the Canyon to the top. That would be pretty epic - but getting to the bottom of the canyon takes some serious climbing - especially the part of the canyon where the park is (after all the Black Canyon is one of the deepest canyons for it's width - at only 40 feet across in parts). If you want to go into the Canyon (and are a regular, non-climbing folk like me), the best way to do it is further north, in the Gunnison Gorge Conservation area. Part of this area with some nice hiking trails is called the "red rock canyon" - that you have to win a lottery to get permission to enter (I believe because it's partially on privately owned land - luckily, Scott and I won a spot in the lottery for this year, and will be hiking it during late July)! But, back to my point - the race starts at the corner of Highway 50 and Highway 347 - kind of as your heading out of Montrose and towards Gunnison. It's the same road that you would drive up to get into the South side of Black Canyon of the Gunnison National Park. It follows Hwy 347 into the park and ends at the Ampitheatre within the park. So it's not a trail race - it's on paved roads and while it does have some gorgeous views of the San Juan Mountains, you don't actually even see the canyon until the end.

Now, despite the fact that you aren't running in the canyon, there is still some serious elevation gain! I haven't found an official elevation amount anywhere, but it's between 1700 and 2000 feet. When I ran the course in training 2 weeks ago, it came in at 1918 ft, however, when I ran it on race day, it was only 1798 ft - so I'm not sure what exactly it is - but needless to say it's a lot! As you can see from the image below, it doesn't let up AT ALL! Theres a tiny section about a mile and a half in where the grade drops a little (probably to around 1-2%), which makes for a nice recovery, but after that you're back to a steady climb until the end. I was talking to a another runner who said it's an average of a 6% grade the entire way! So before you go judging my pace, keep that in mind!

Overall I felt like the race went really well. When I ran it during training, I was running at 12-13 minute miles, so to average at 11:35 was awesome for me! And even better, was that I got faster towards the end! According my Garmin, mile 5 is the steepest, and I ran it faster than miles 3 & 4! I actually started passing people during that 5th mile, and then really passing people in the last mile. It felt pretty great!

Here's the elevation profile and a picture of me afterwards: 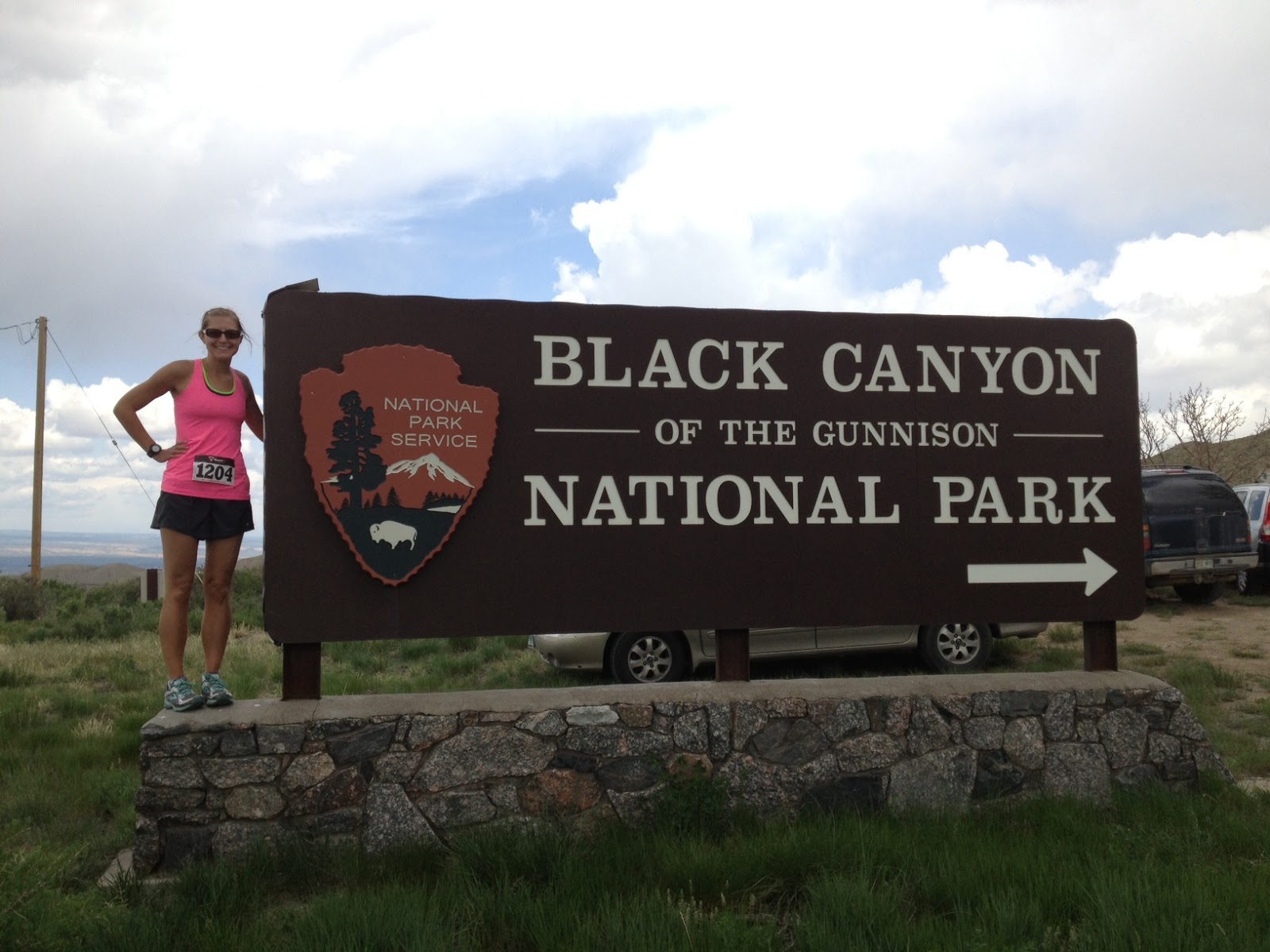