I managed to get over to Moab for the second weekend in a row, for some hiking in Arches National Park. My friend Taryn had been talking about wanting to explore some of the National Parks, and it was supposed to be a gorgeous weekend, so we decided to go to Arches. I picked the Devil's Garden trail, as it's one of the most popular trails in the park, and yet I had not been on it yet!

We left Grand Junction around 7:30 on Sunday morning and got into Moab a little after 9. By the time we drove through Arches National Park and got to the trailhead it was probably after 9:30 (this trail is at the very end of the park). It was already pretty warm out, so I knew it was going to be a hot day! We lathered on the sun screen and headed out.

The first mile of the trail is the most defined, as it is the most popular and most used portion of the trail. It takes you to Landscape Arch - which is believed to be the longest natural arch in the world. We snapped some pictures of Landscape Arch and then continued on. This is where the trail becomes "primitive." The very first section is a little hard to find and required walking up and over a steep section of slick rock. 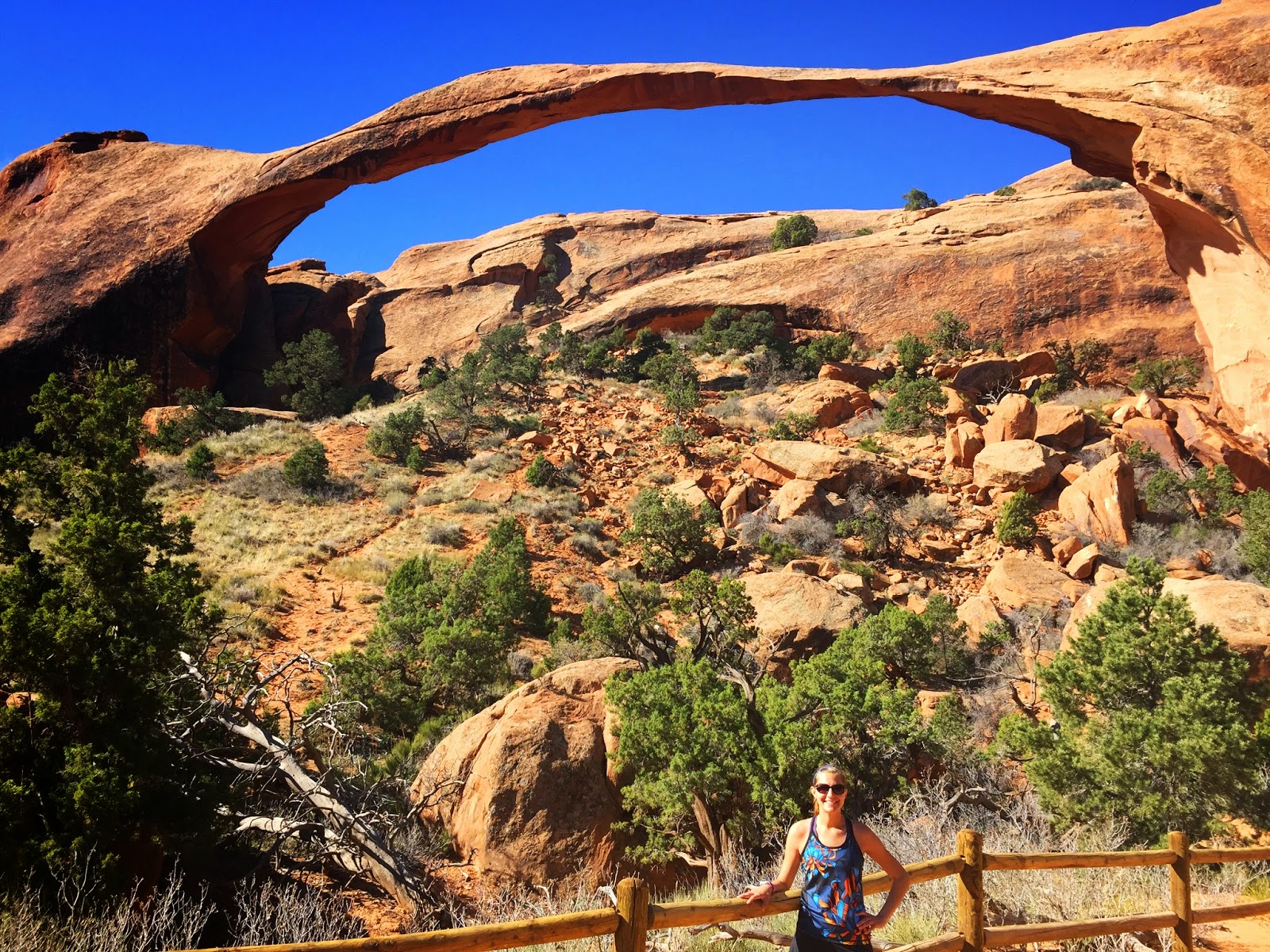 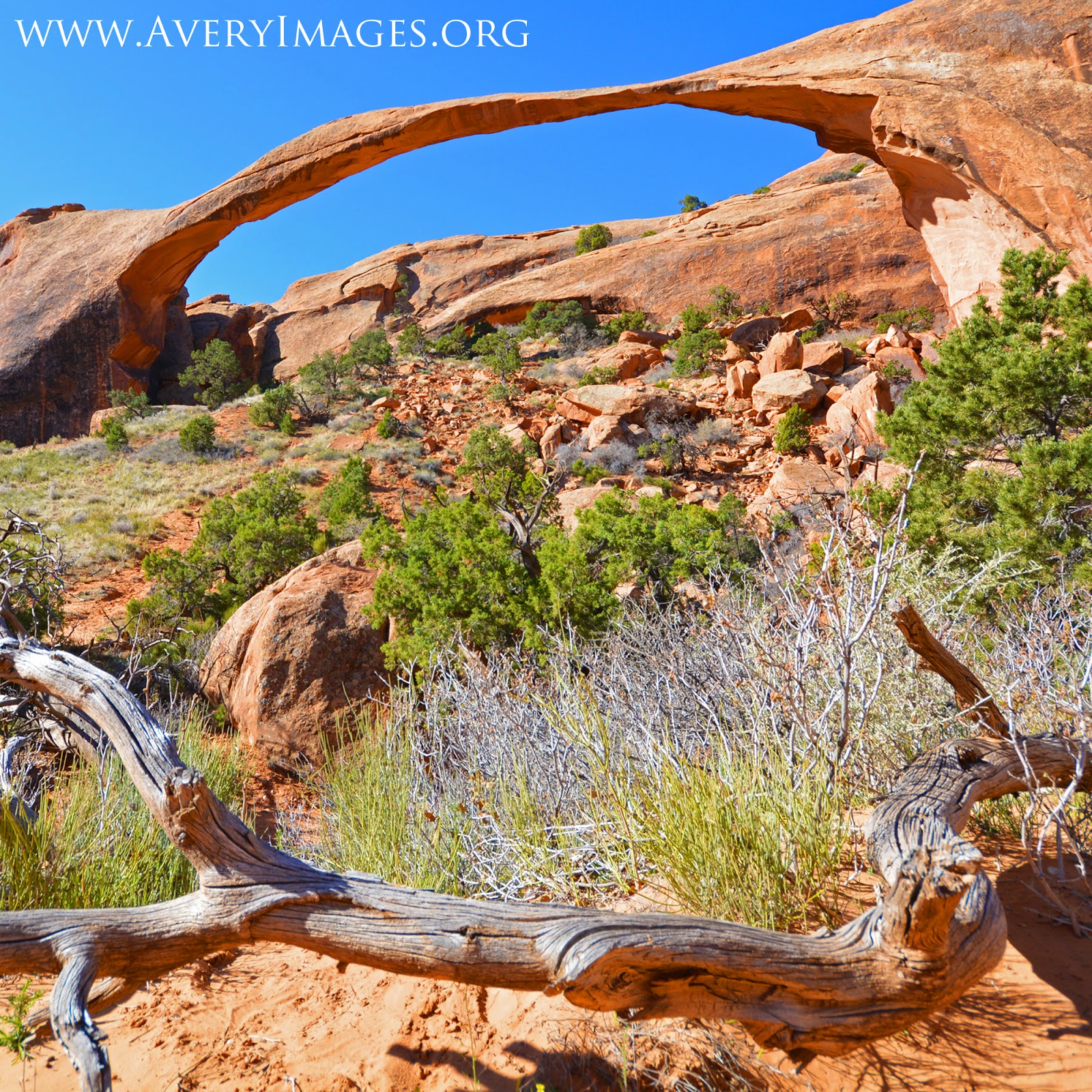 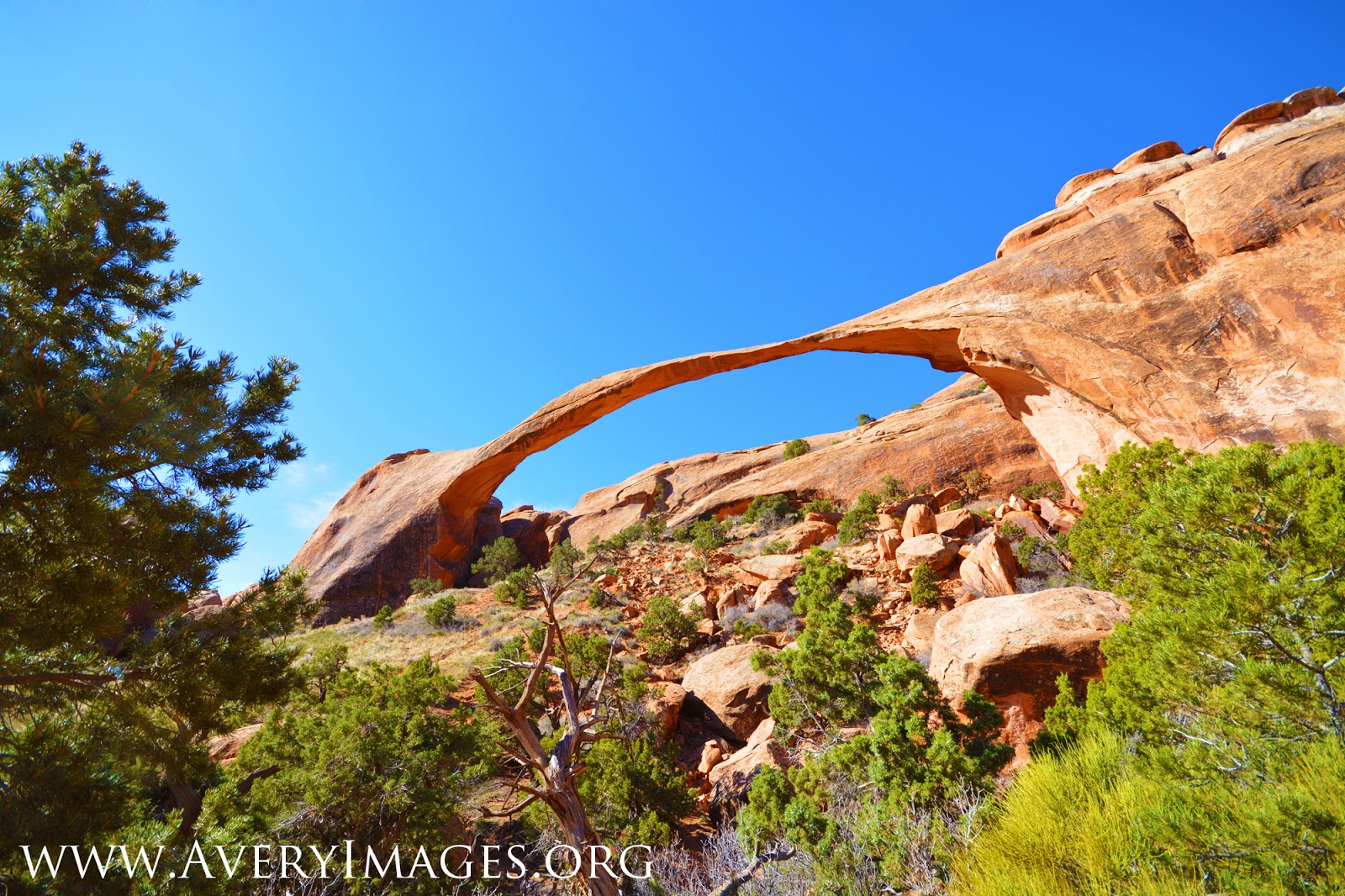 Shortly after this you get to a junction to go check out 2 more arches - Partition and Navajo Arches. Partition Arch was a really neat one - I highly recommend going to see that one if you're on the trail. It is about an extra mile to go to both of them. 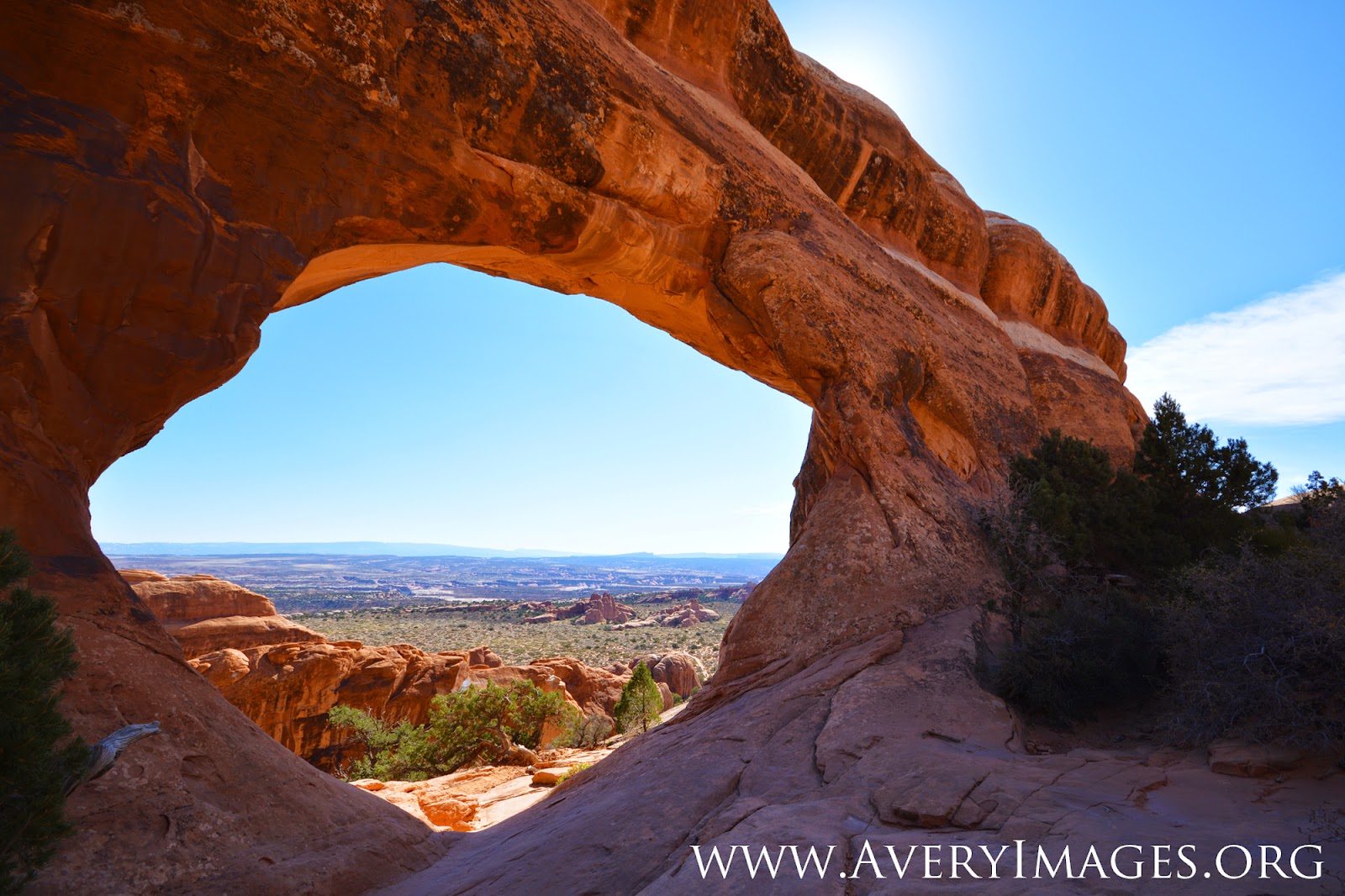 After seeing those arches we got back onto the main trail and headed towards Double O Arches. This section encompassed the high point of the hike - walking on a narrow, but long piece of slick rock - almost acting as a bridge. The views were pretty phenomenal. 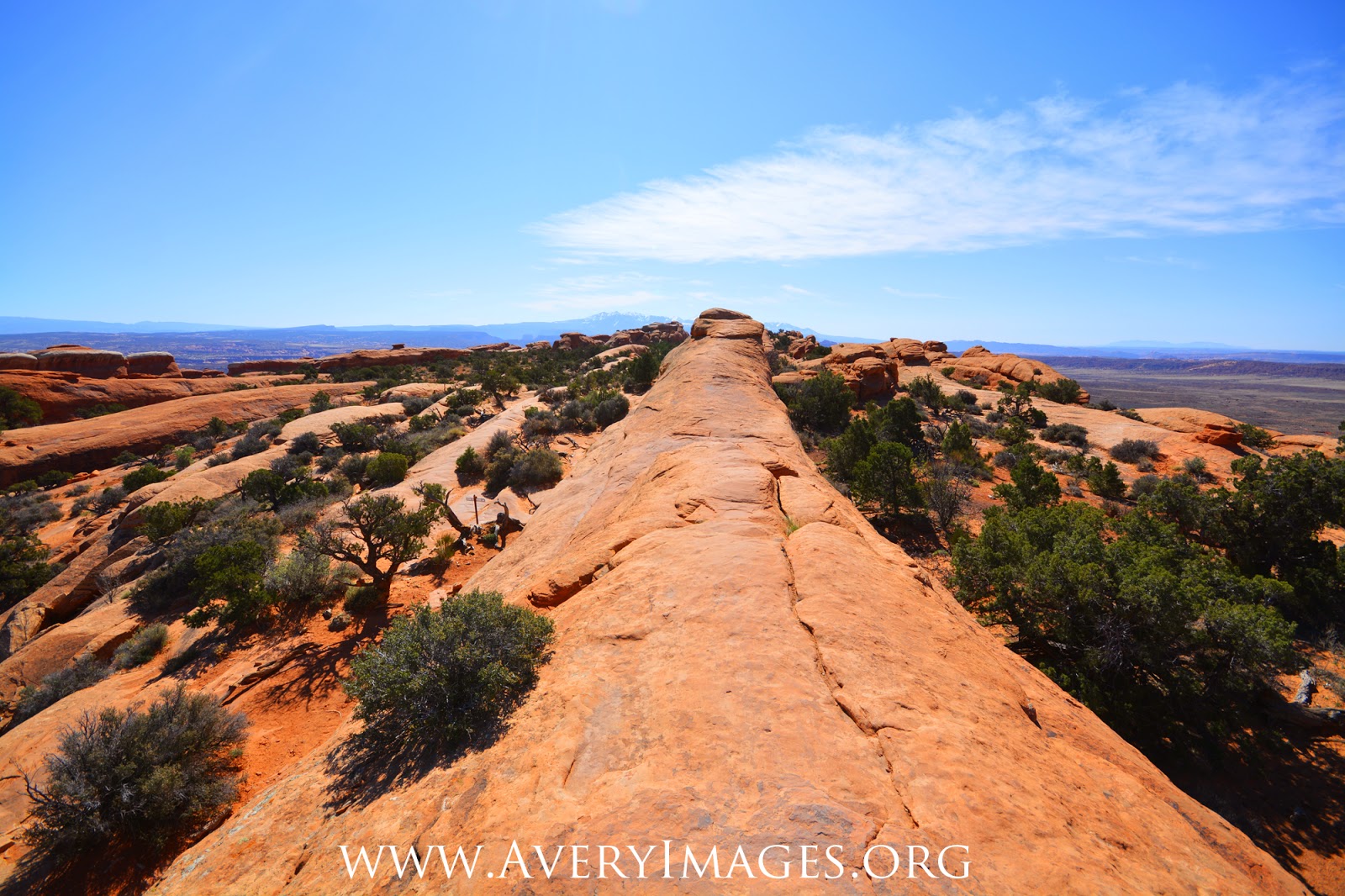 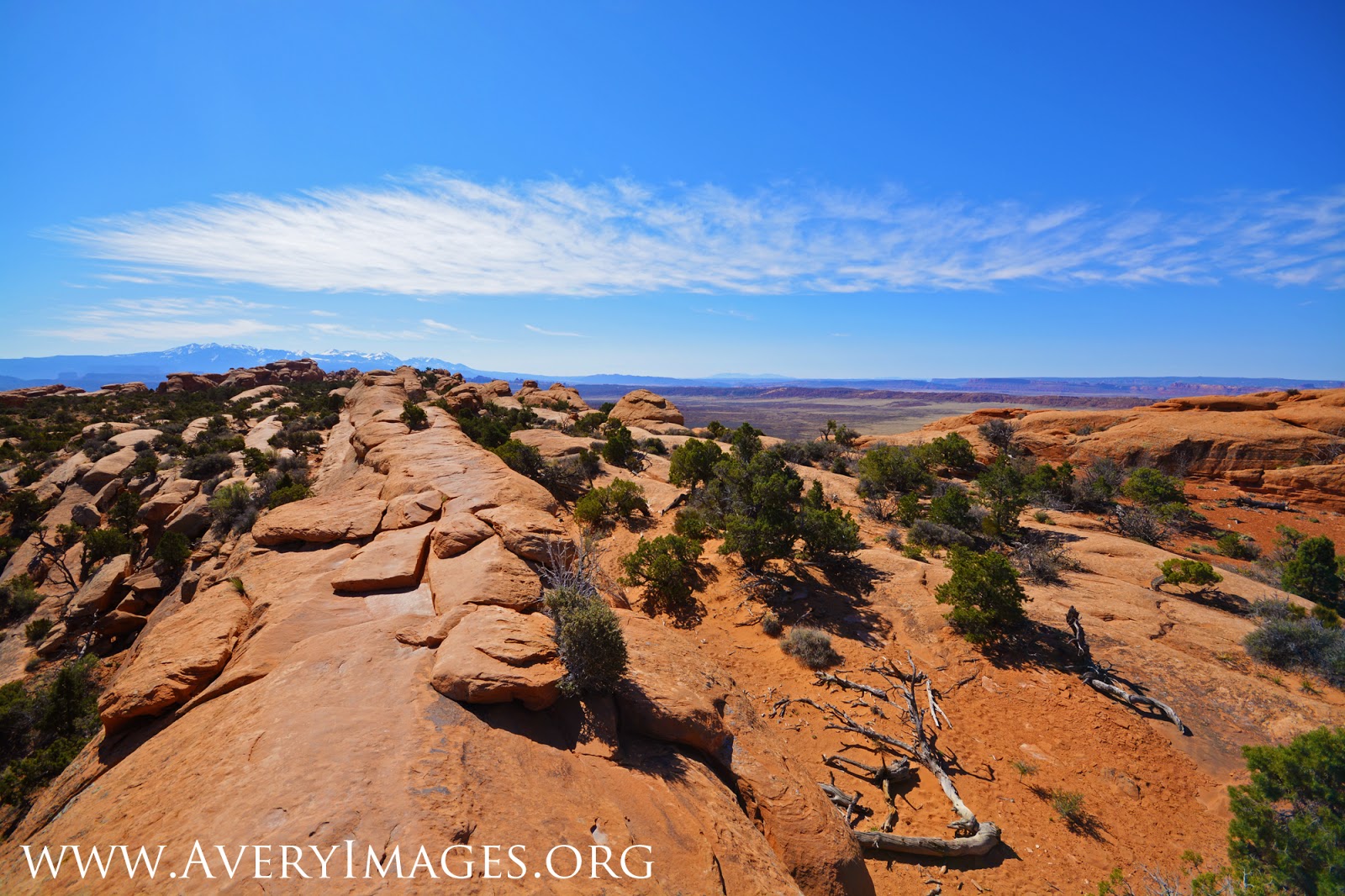 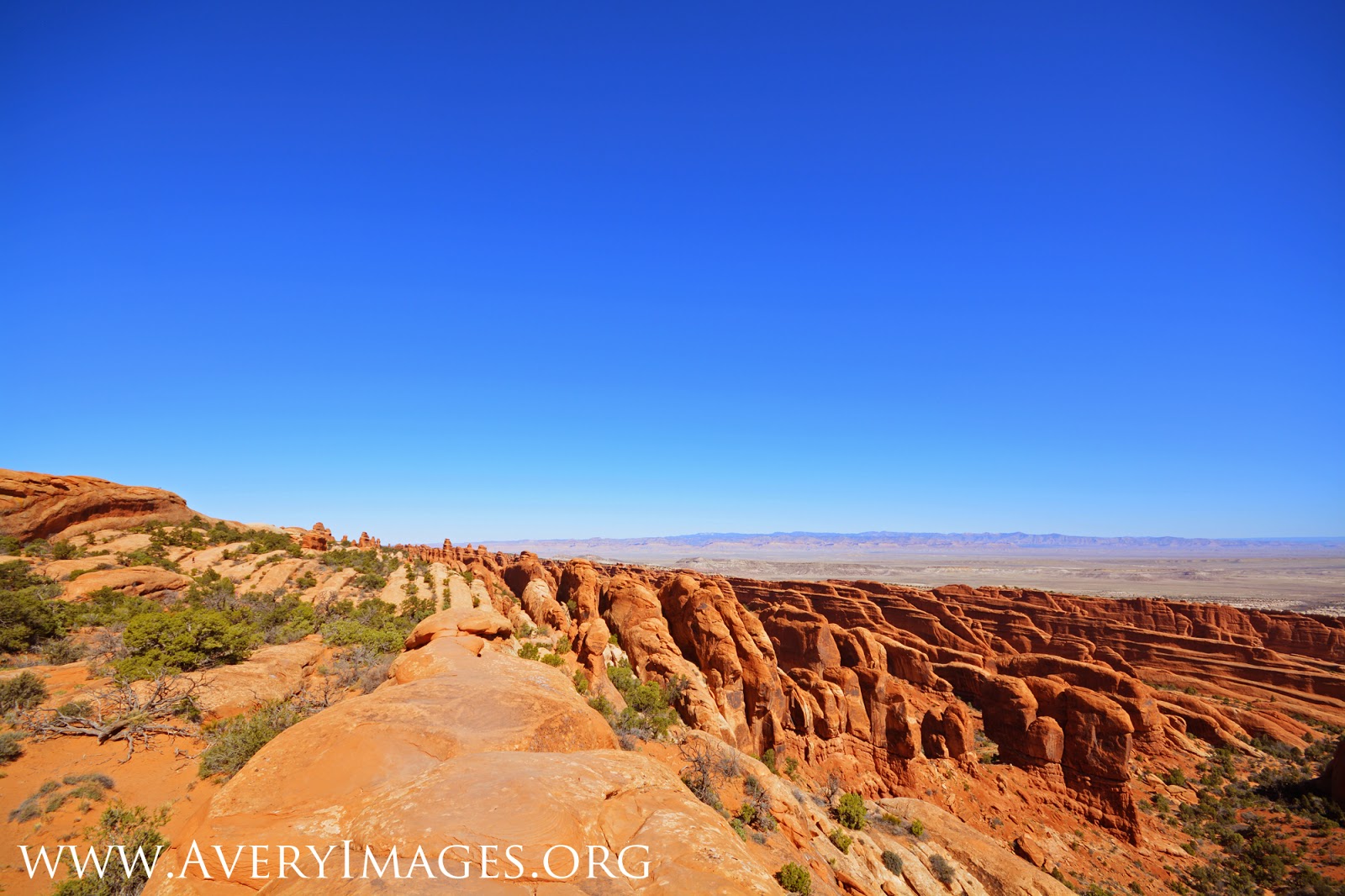 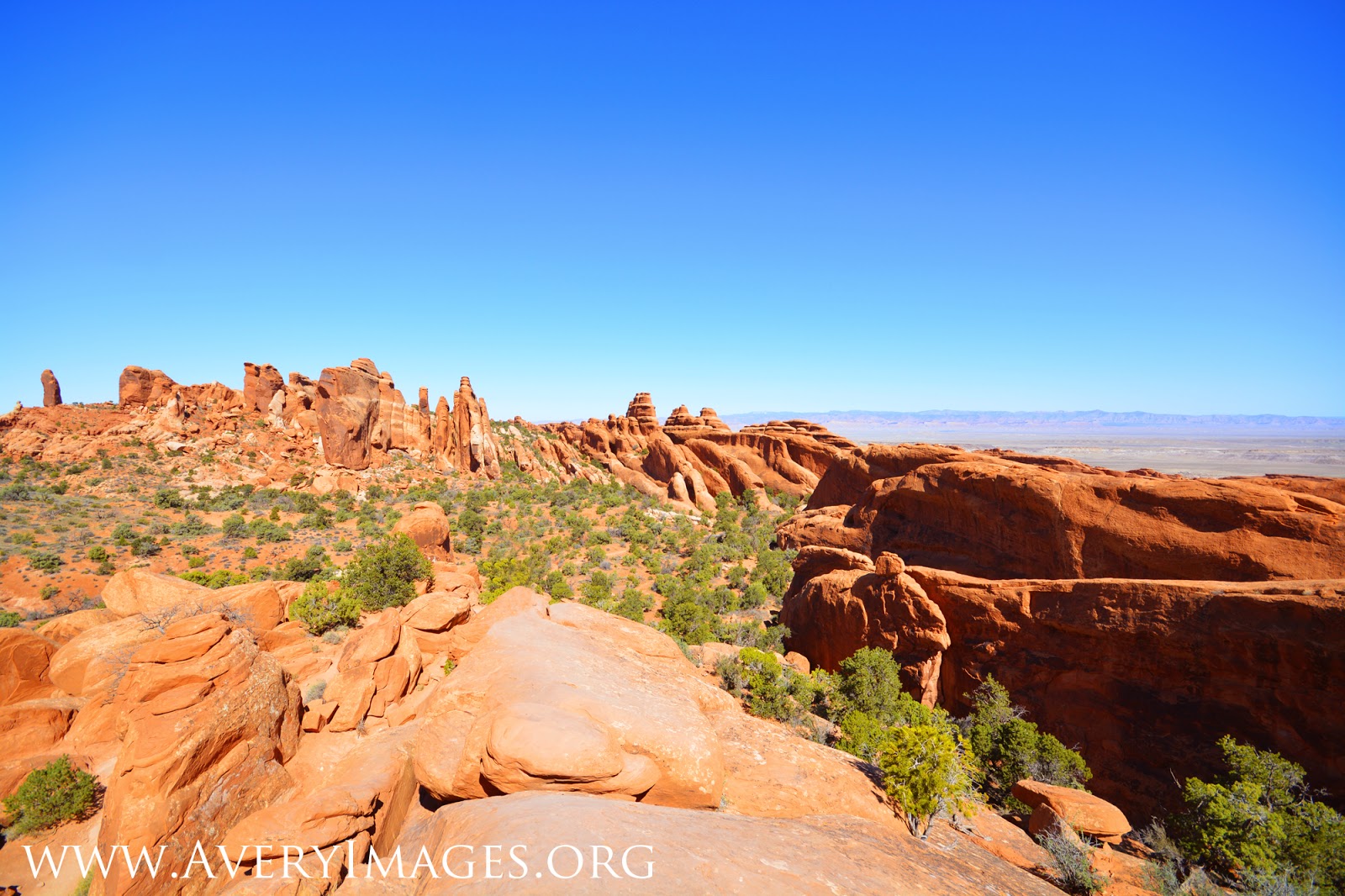 Then we came to Double O Arches - the second most popular area of the hike after Landscape Arch. These were two arches stacked on top of each other - it was pretty cool! We took some photos and headed towards our next (and last, for today) arch - Private Arch.

Private Arch was another spur off the trail and was tucked away by itself, which was neat. What was even more neat though, was continuing on a little ways past the arch (despite a sign telling you it was the "end of trail" and getting these views: 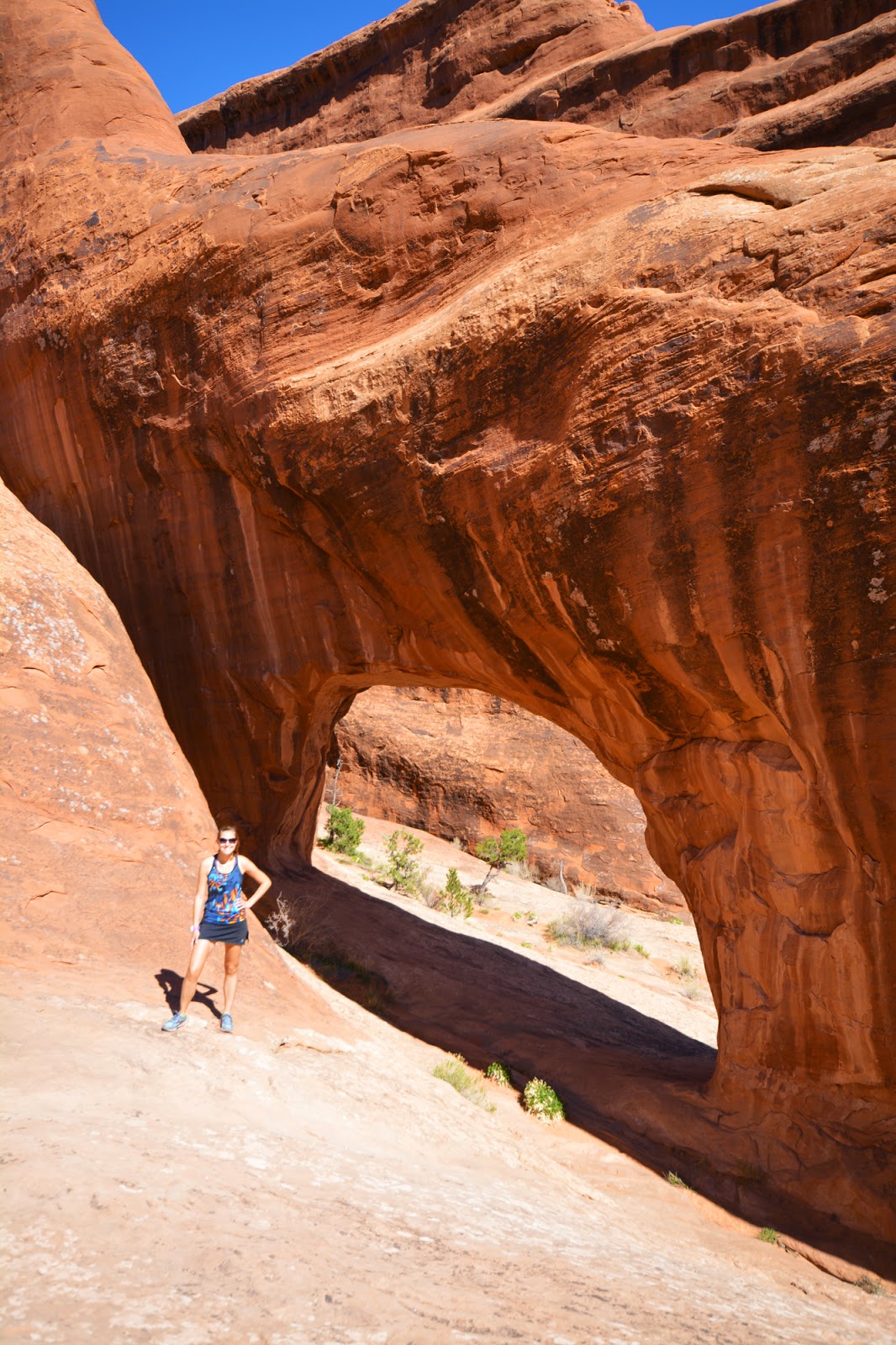 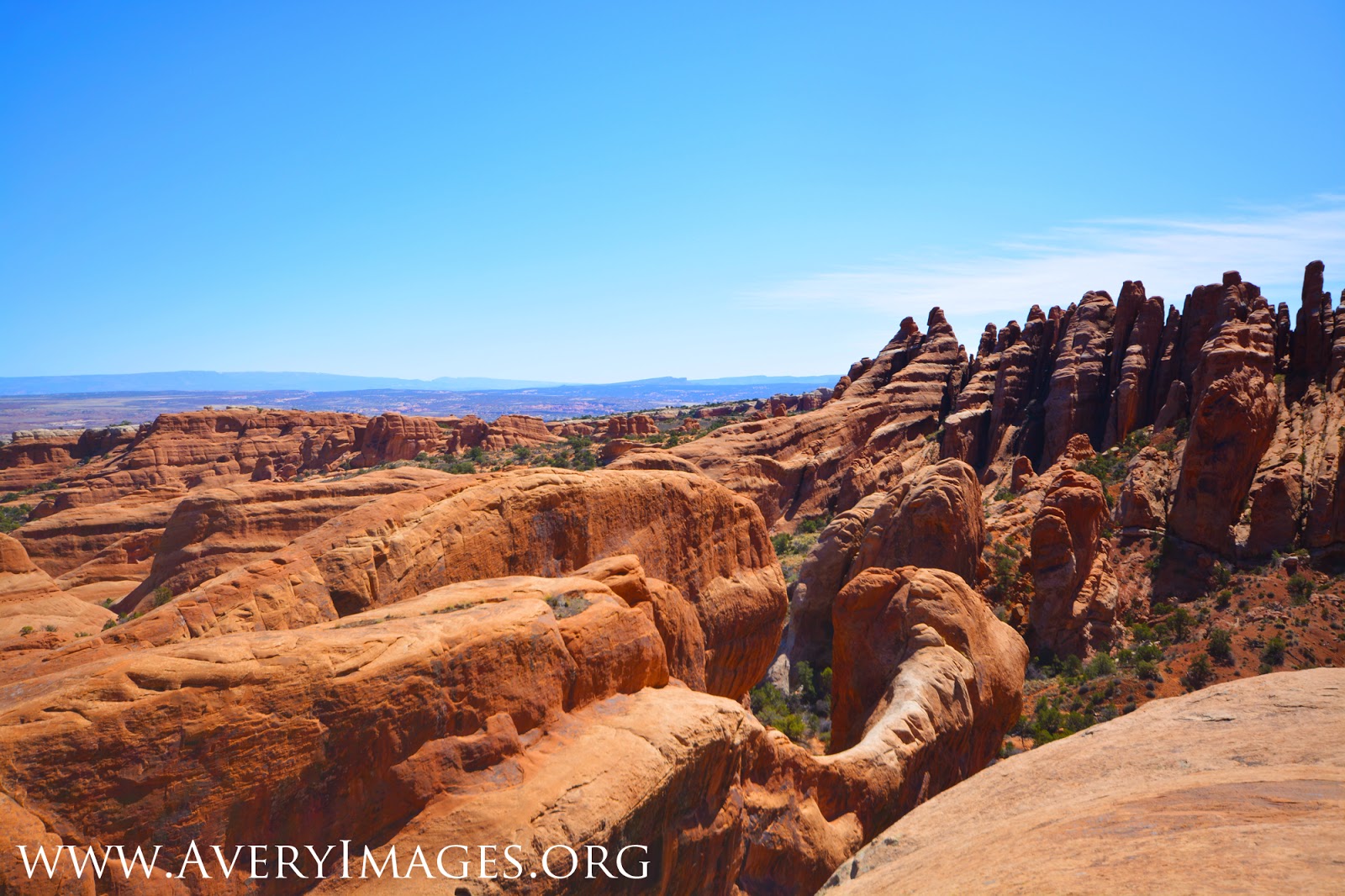 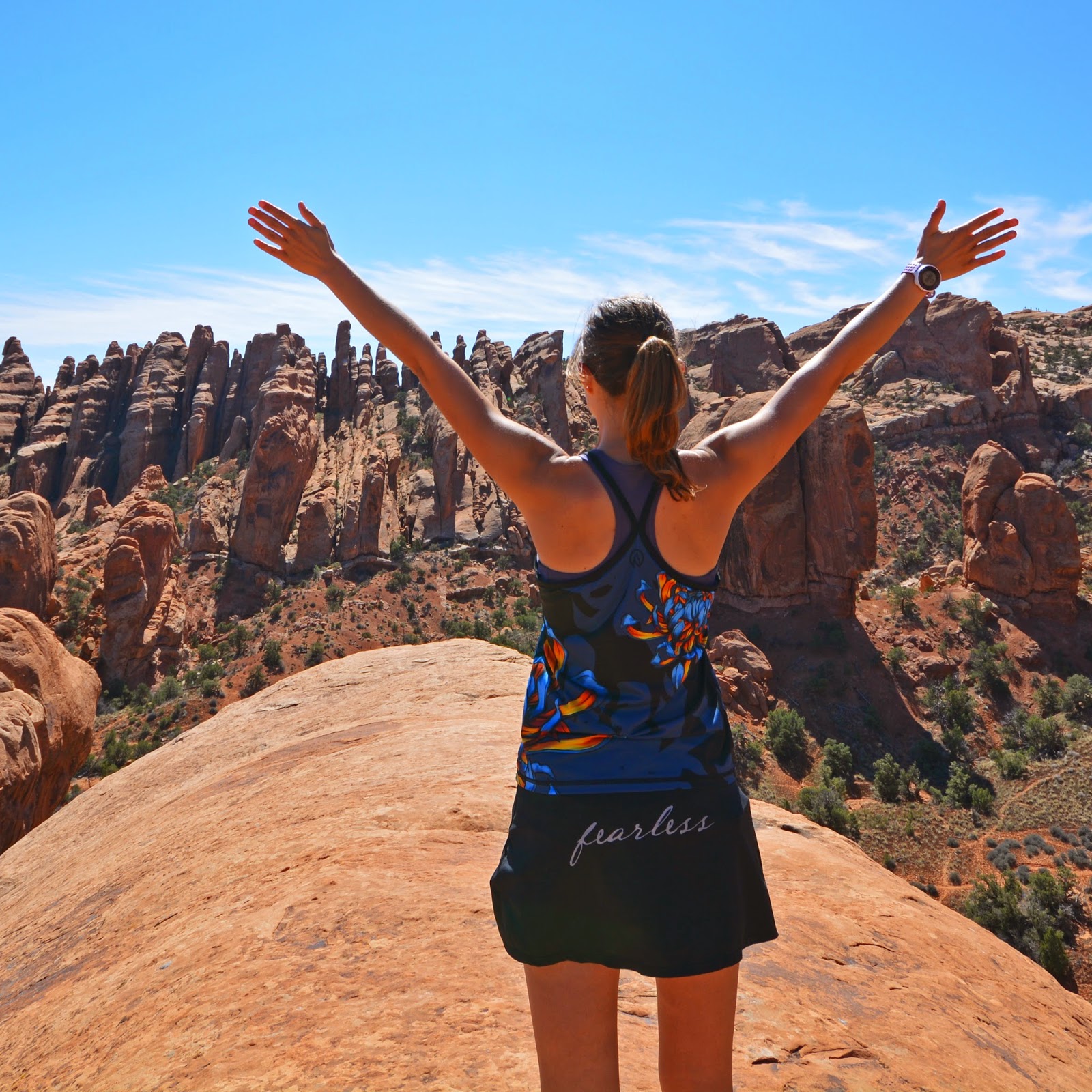 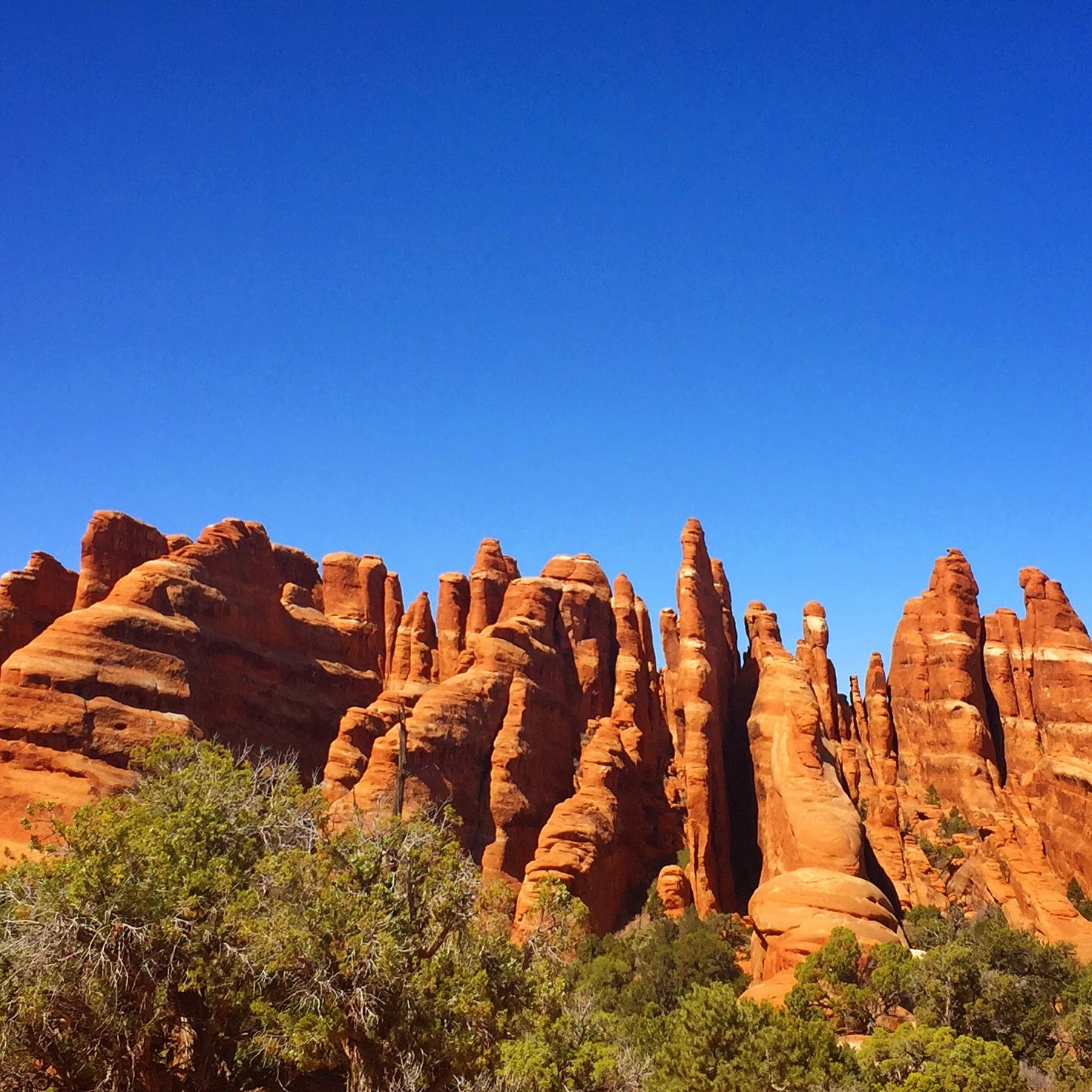 Private Arch is the last arch until you connect back to the main trail, so after this it was just straight up hiking for about 2 1/2 miles. We had a couple of moments where we got off trail (good thing for cairns), and came across one part of the trail that proved to be pretty tricky. There was about a foot of murky standing water covering the trail, so we had to go up over some very angled slick rock. It took us awhile to navigate that... and then these two ladies came up behind us and did it in about 2 seconds: 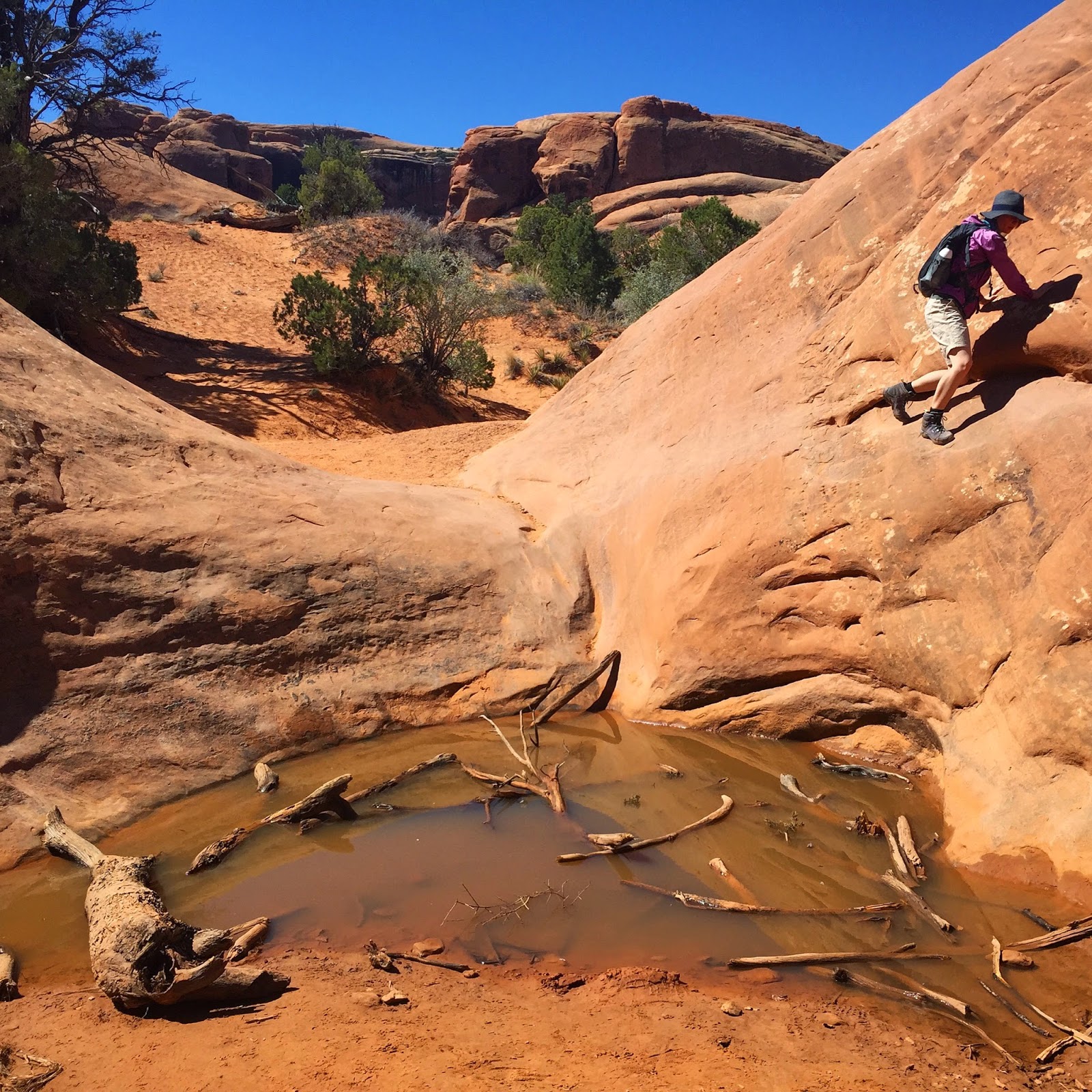 With about a mile and a half to go, we had been walking on a very sandy section for awhile, so I decided to take my shoes off for a bit (because I'm cool like that - what can I say, I love feeling sand between my toes), until we met back up with the main trail. The views in the section was pretty incredible with the snow capped La Sal Mountains overlooking the red rocks. 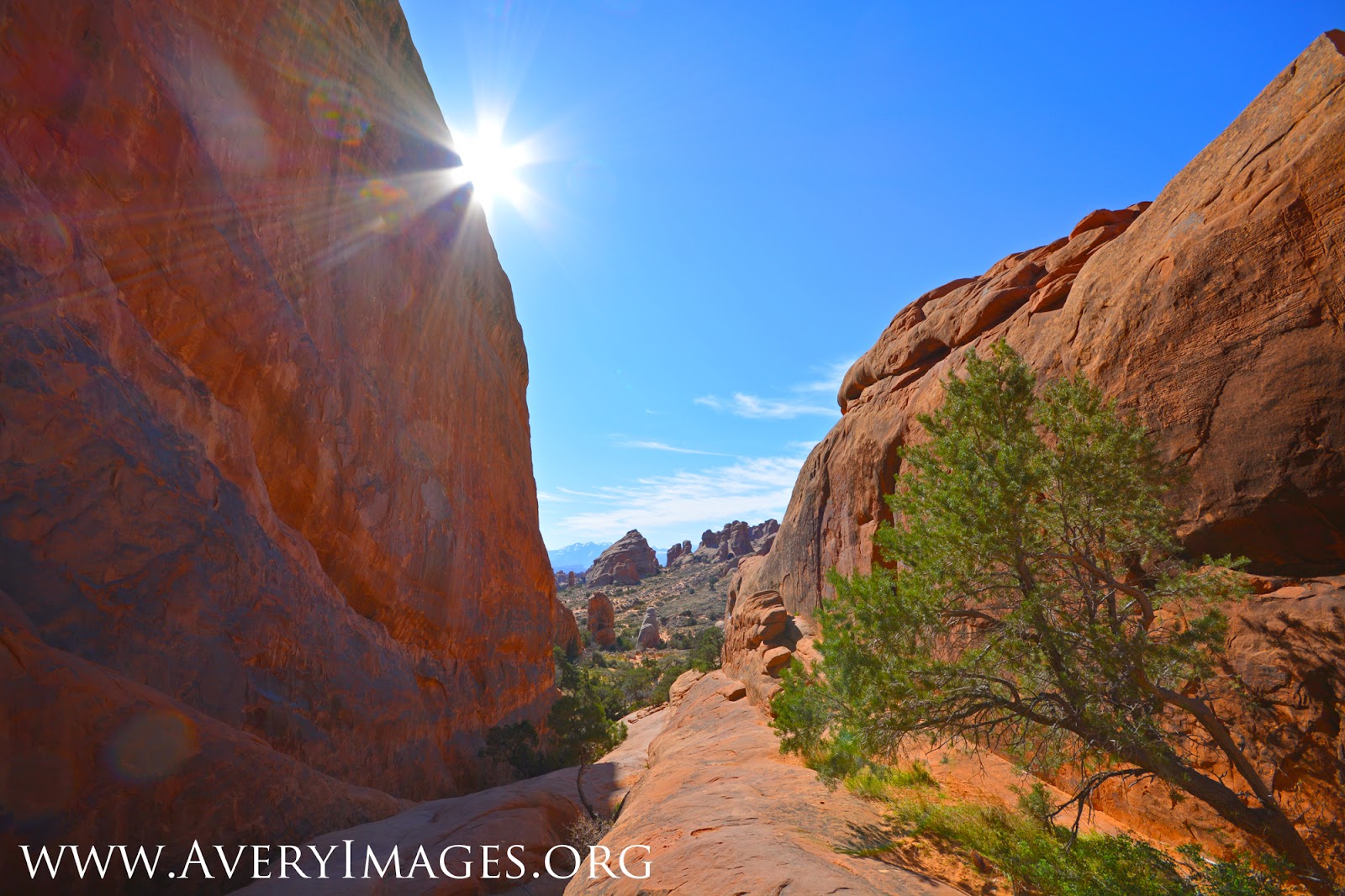 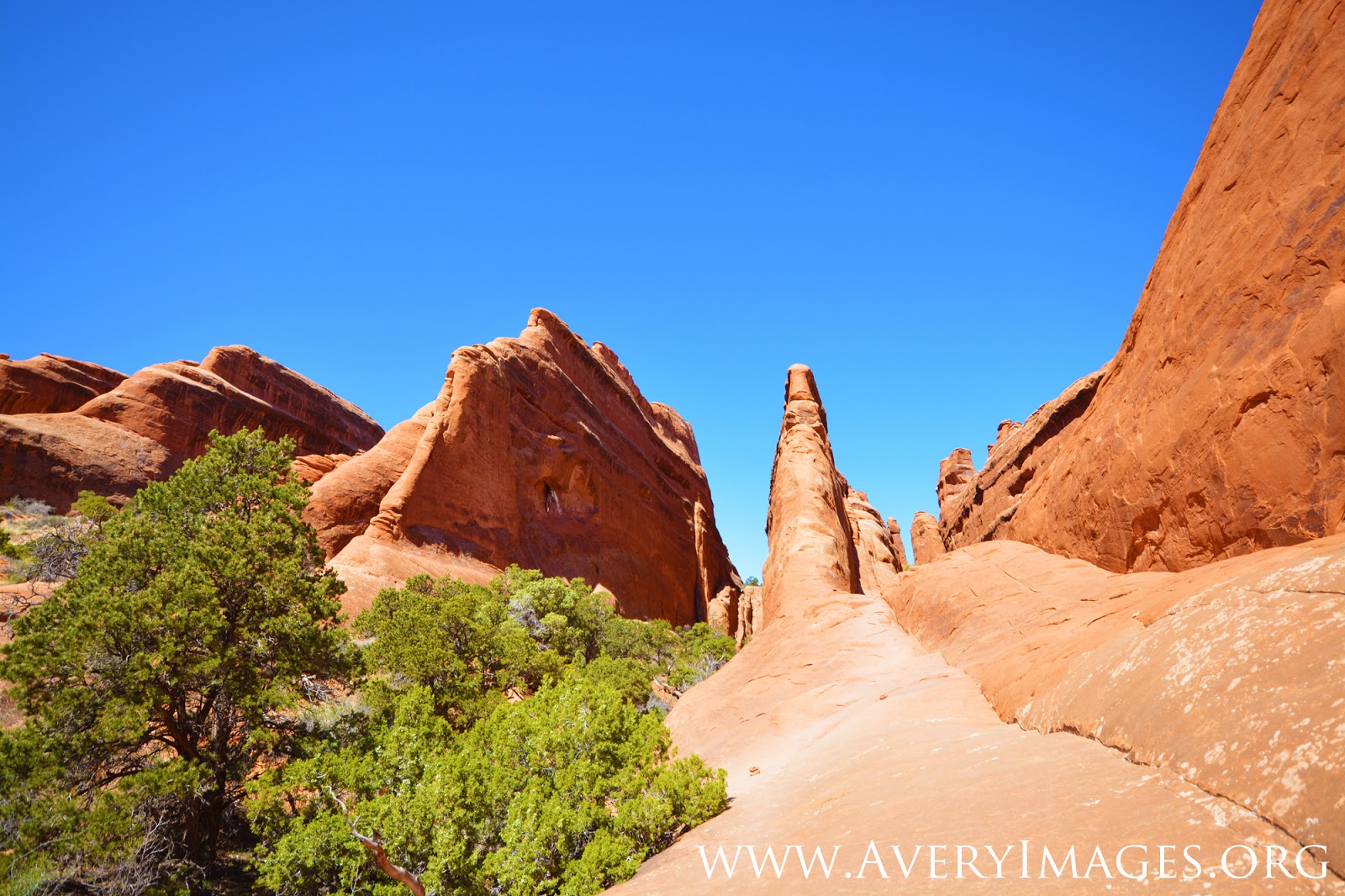 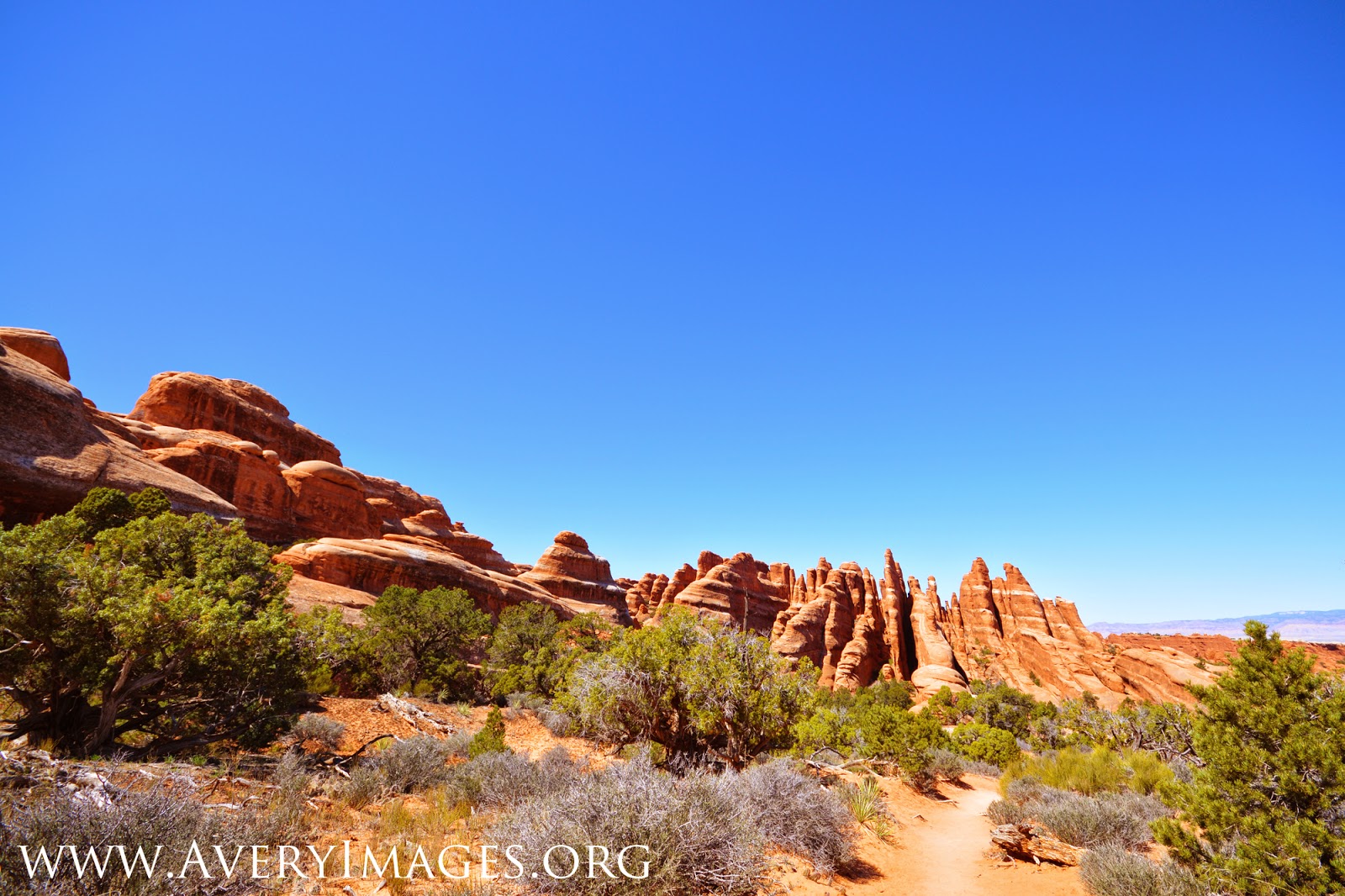 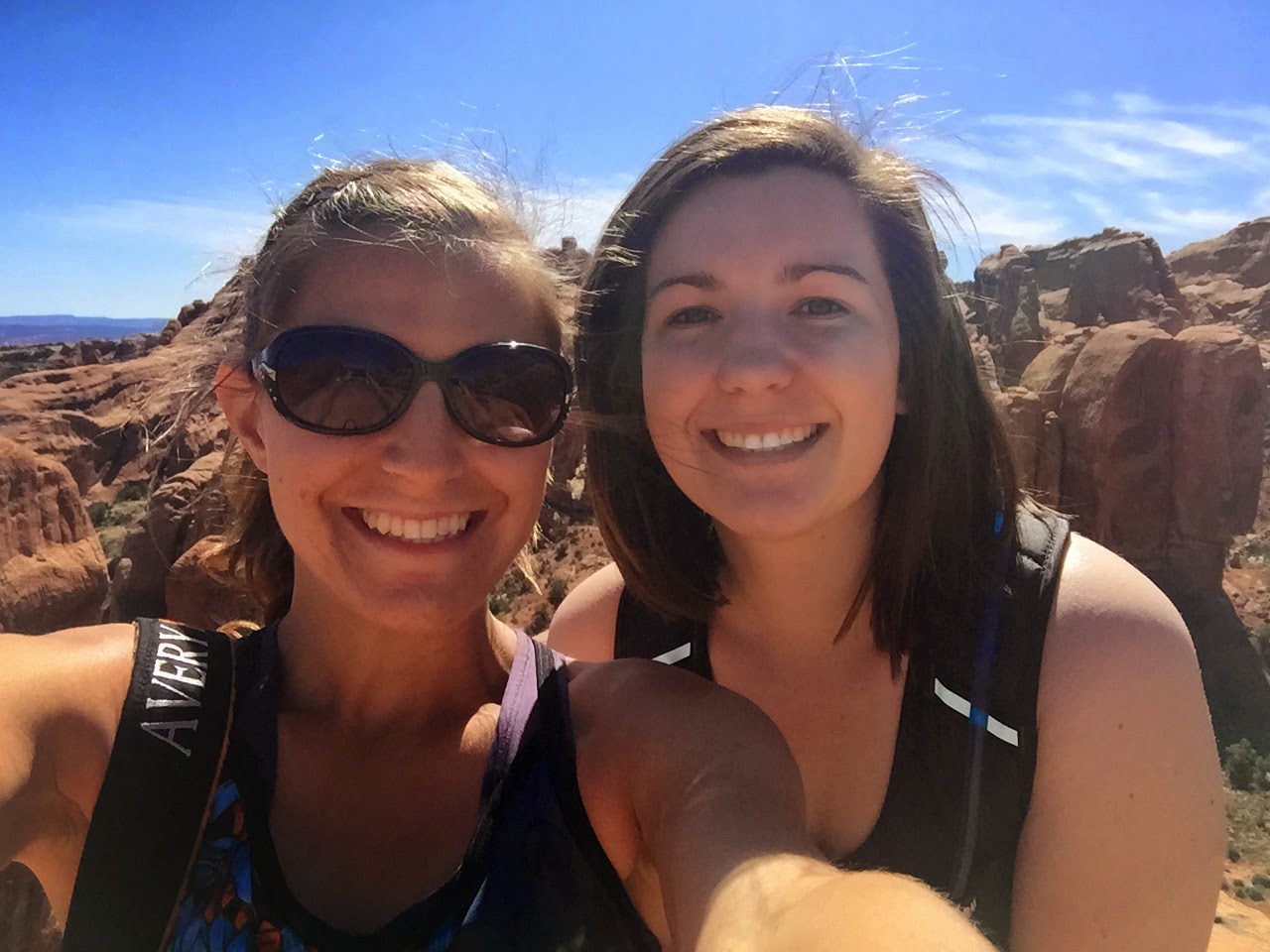 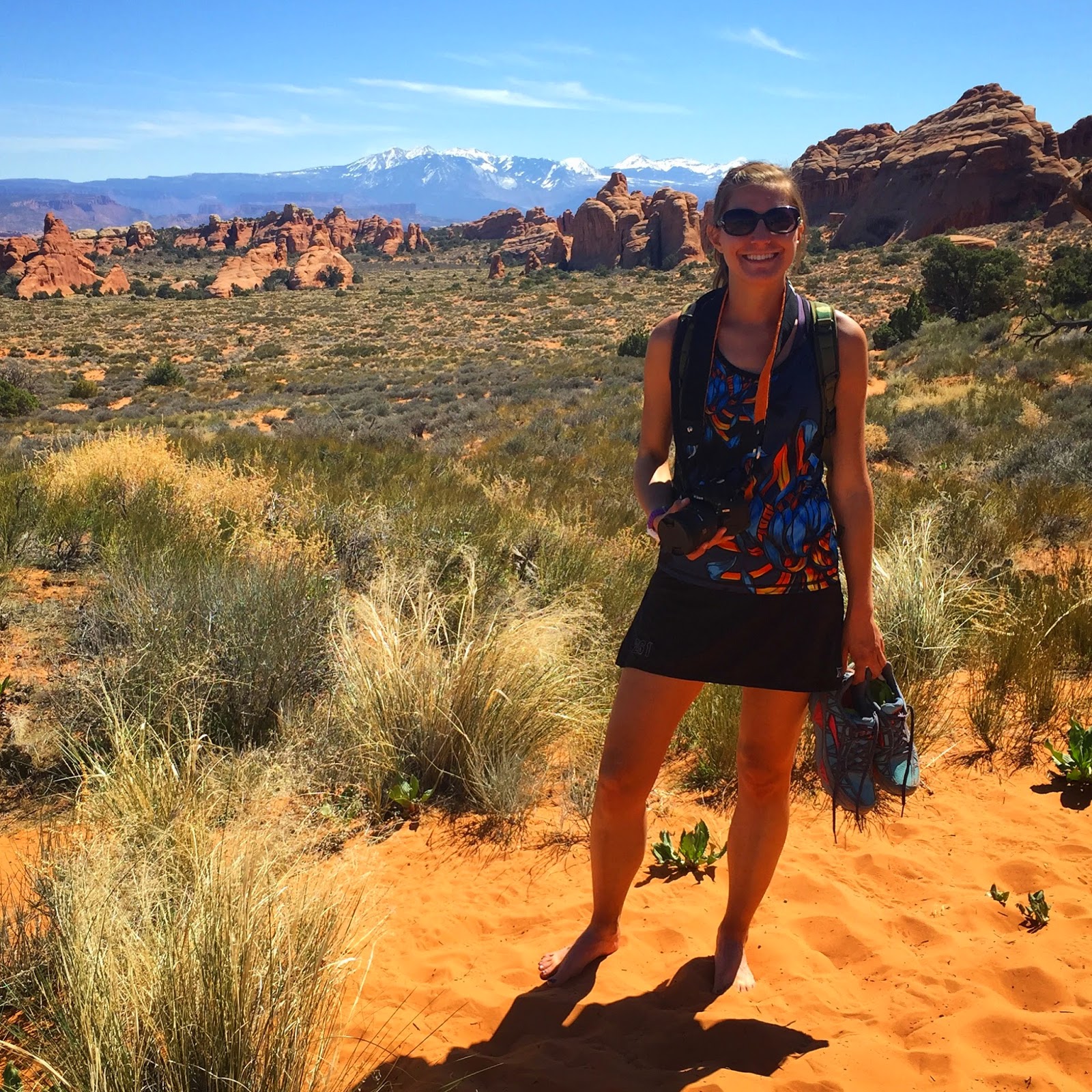 We finished the hike in about 3 hours and 45 minutes - not super fast, but it was fairly technical in sections. Afterwards we headed into town for a quick Quesadilla from the Quesadilla Mobilla (which was delicious, despite having some unusual ingredients) and then headed back home.

STATS:
Trail: Devils Garden Primitive Loop
Date: Sunday, March 29, 2015
Location: Arches National Park (Moab, UT)
Round Trip Distance: The trail guides say 7.2, my Garmin ended up with about 7.5 and we didn't go to two of the arches (although I don't think it would've added too much more - maybe take it to 8)
Elevation Gain: 1152'
Minimum/Maximum Elevation: 4974 ft / 5482 ft