Whew, I am a bit behind on my blog posting. Back in October I did a little exploring close to what is now our new home. On October 12th I went and checked out some of Dominguez Canyon. On October 25th, Scott and I set out to try a hike I had been eying for awhile now: Rattlesnake Arches. Then on the 26th, I went with some friends to the Colorado National Monument. So here's a brief description and lots of pictures.


I had planned to go up to the Grand Mesa this day for a trail run through what I had hoped would be some gorgeous fall foliage. Unfortunately, the weather had other plans, as the Mesa ended up getting a lot of snow the night before my planned excursion. So, I made a last minute change and met my friend Lori, who lives in Montrose at Dominguez Canyon instead. Dominguez Canyon is situated about half-way between Delta and Grand Junction. I had never been here before, so it was fun to explore this new place. The trailhead is also only about a 20 minute drive from Grand Junction which is nice. I also think this canyon could be good for running almost year round (although definitely would be HOT in the summer!). We ended up running about 9 miles, but you could definitely get more miles in if need be, as we turned around when there was definitely still more to explore. 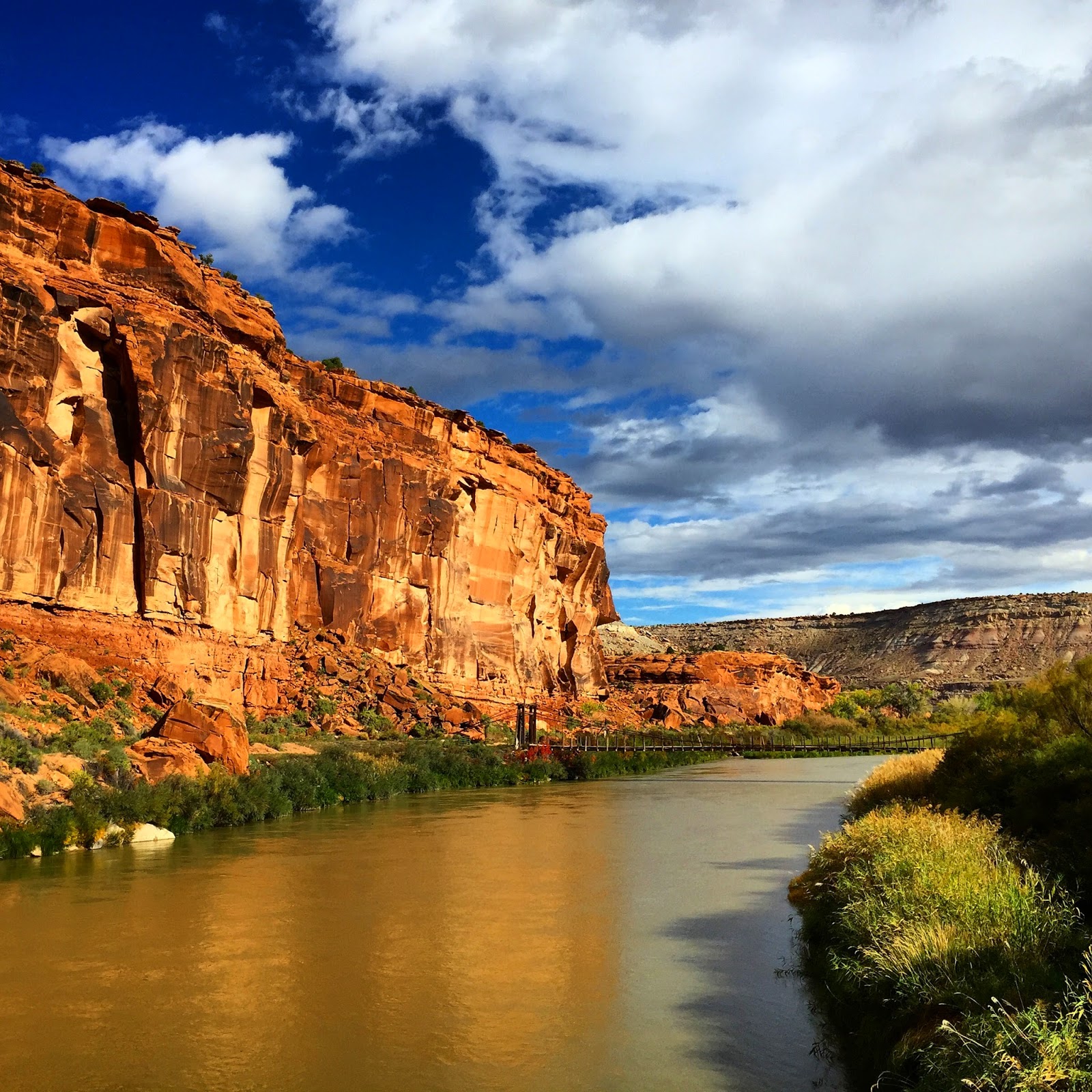 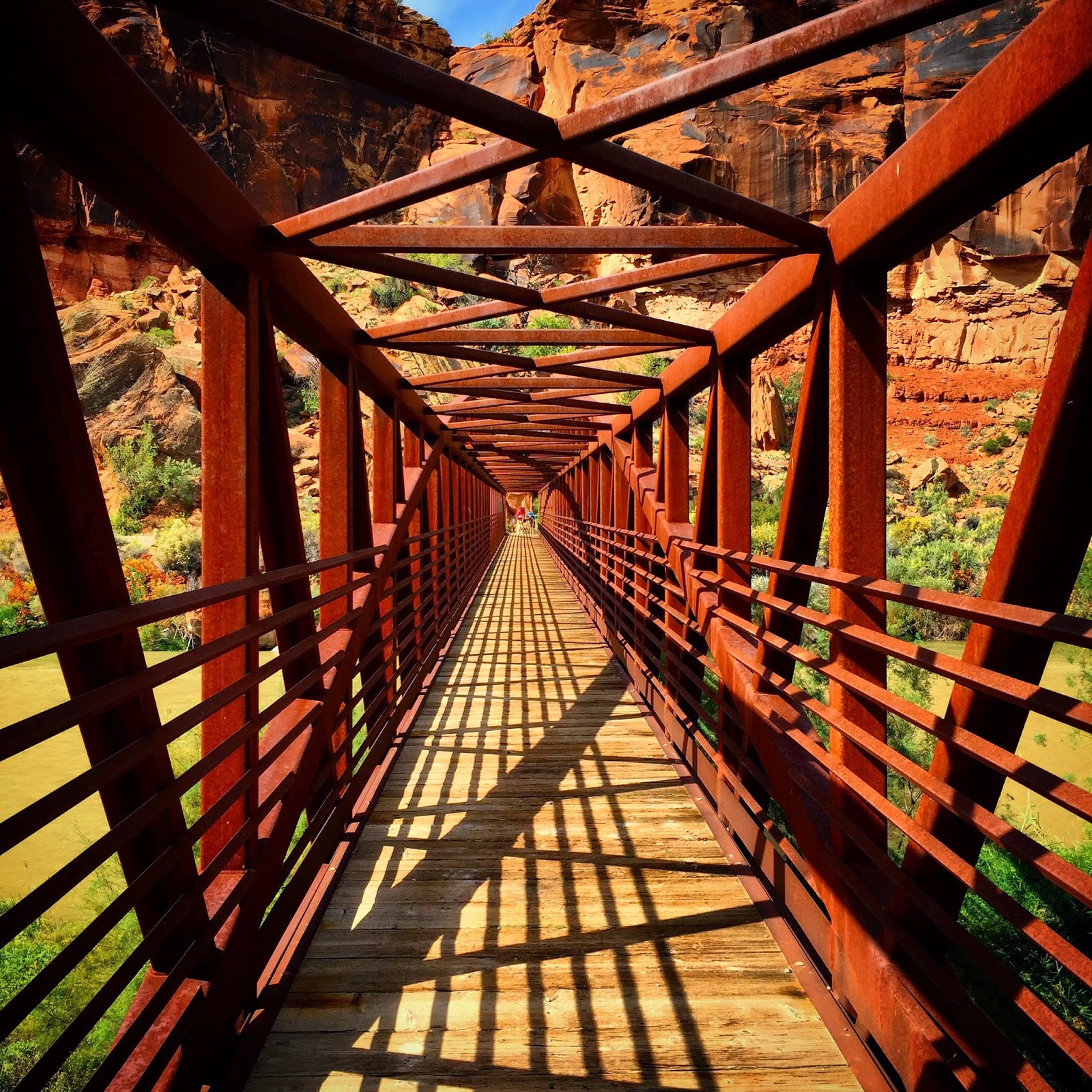 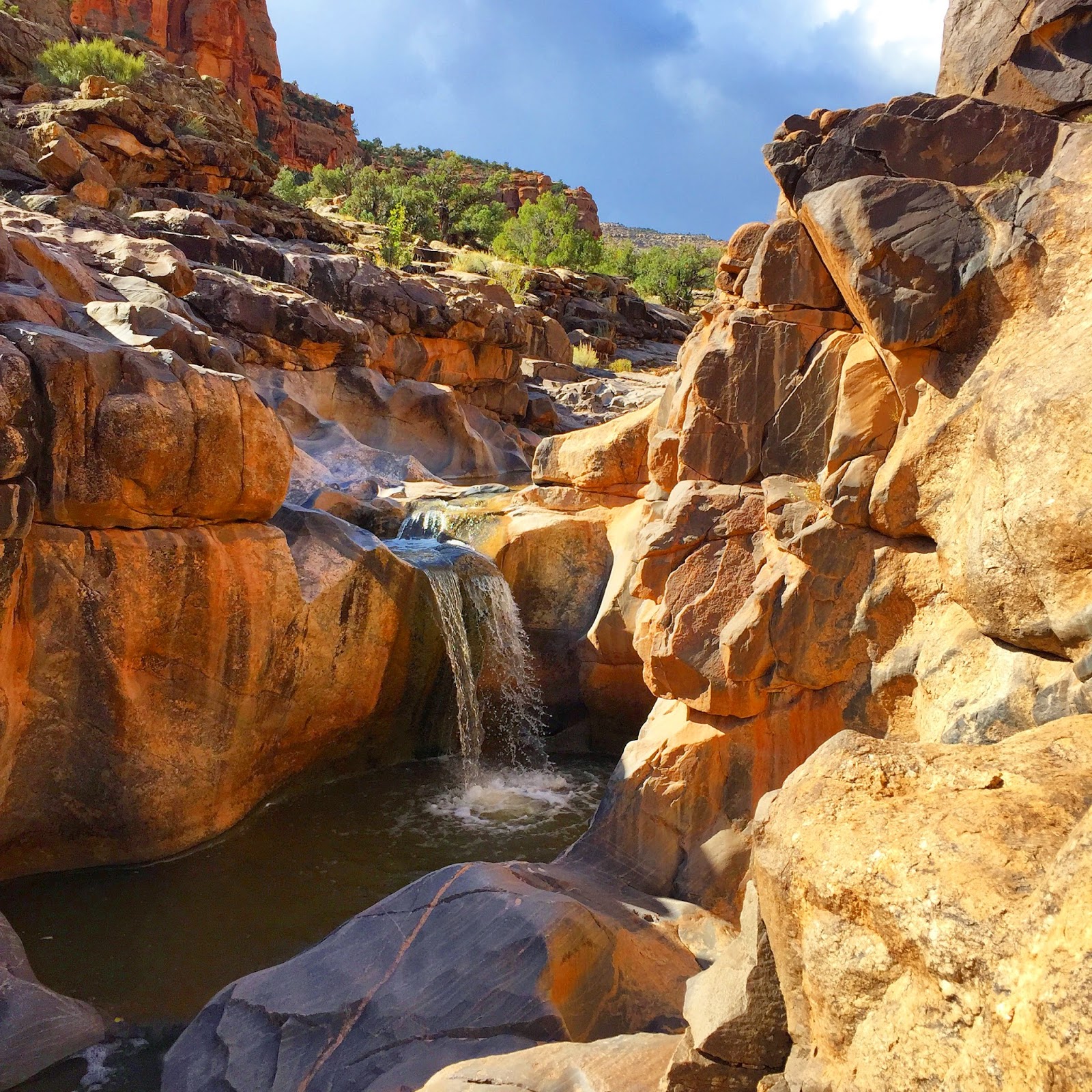 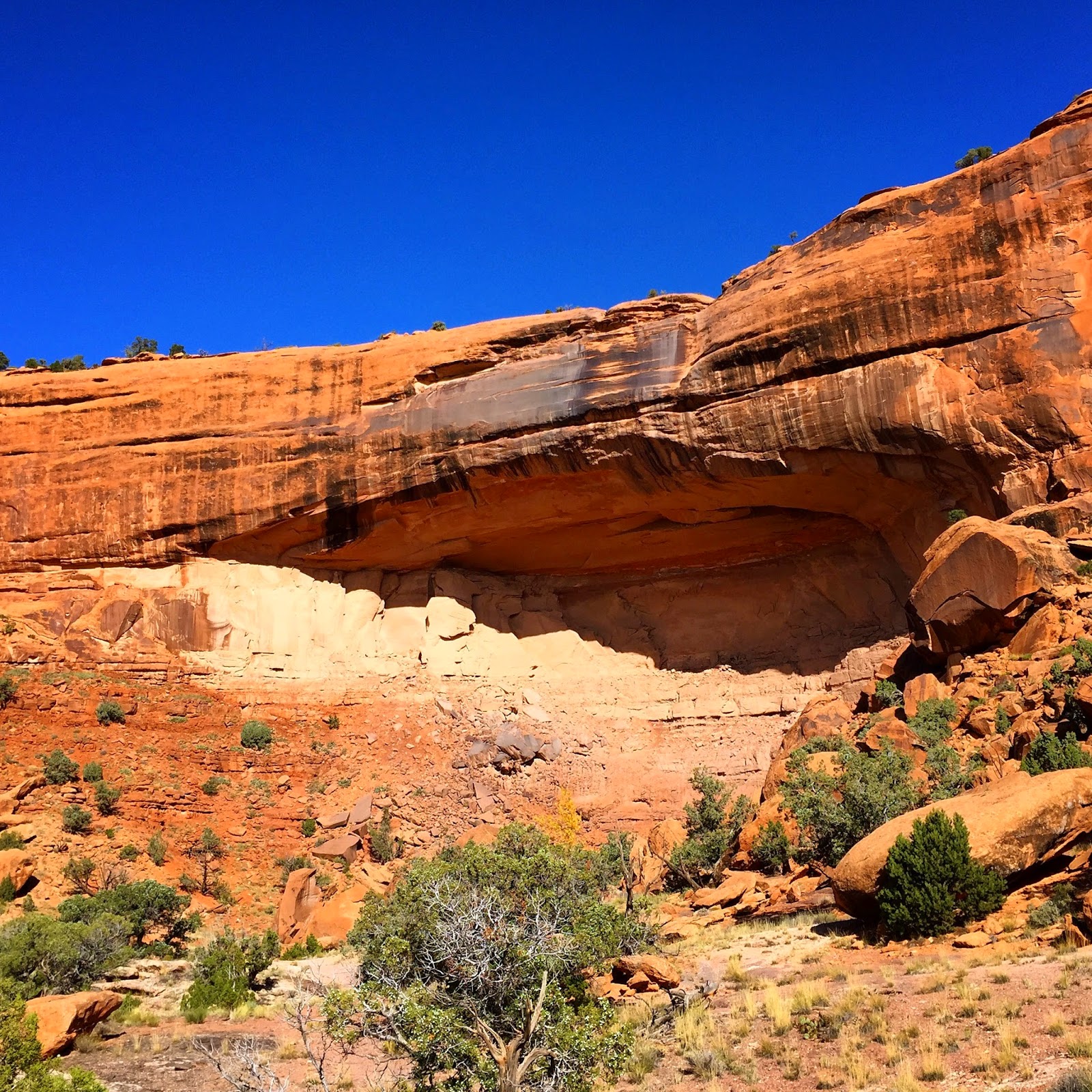 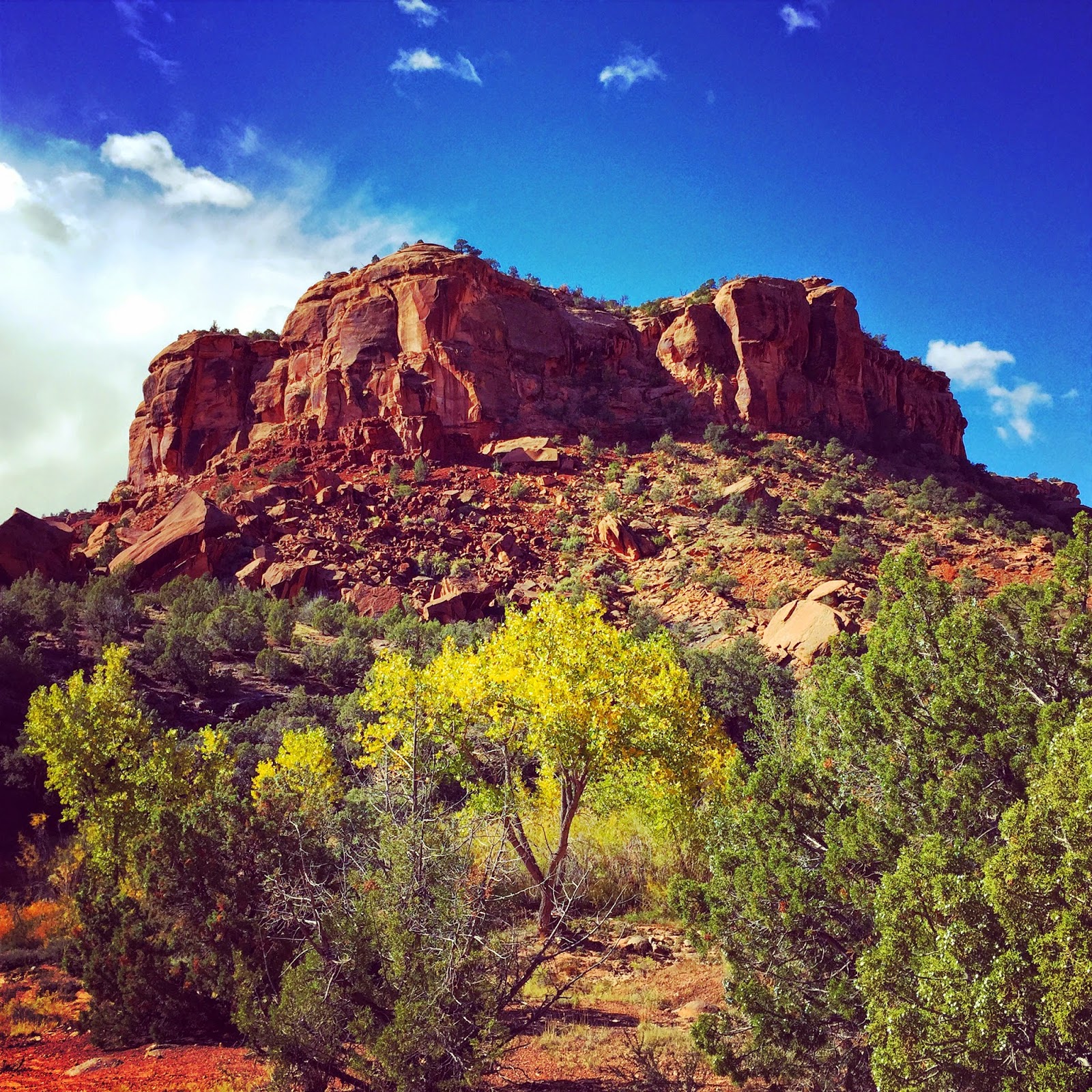 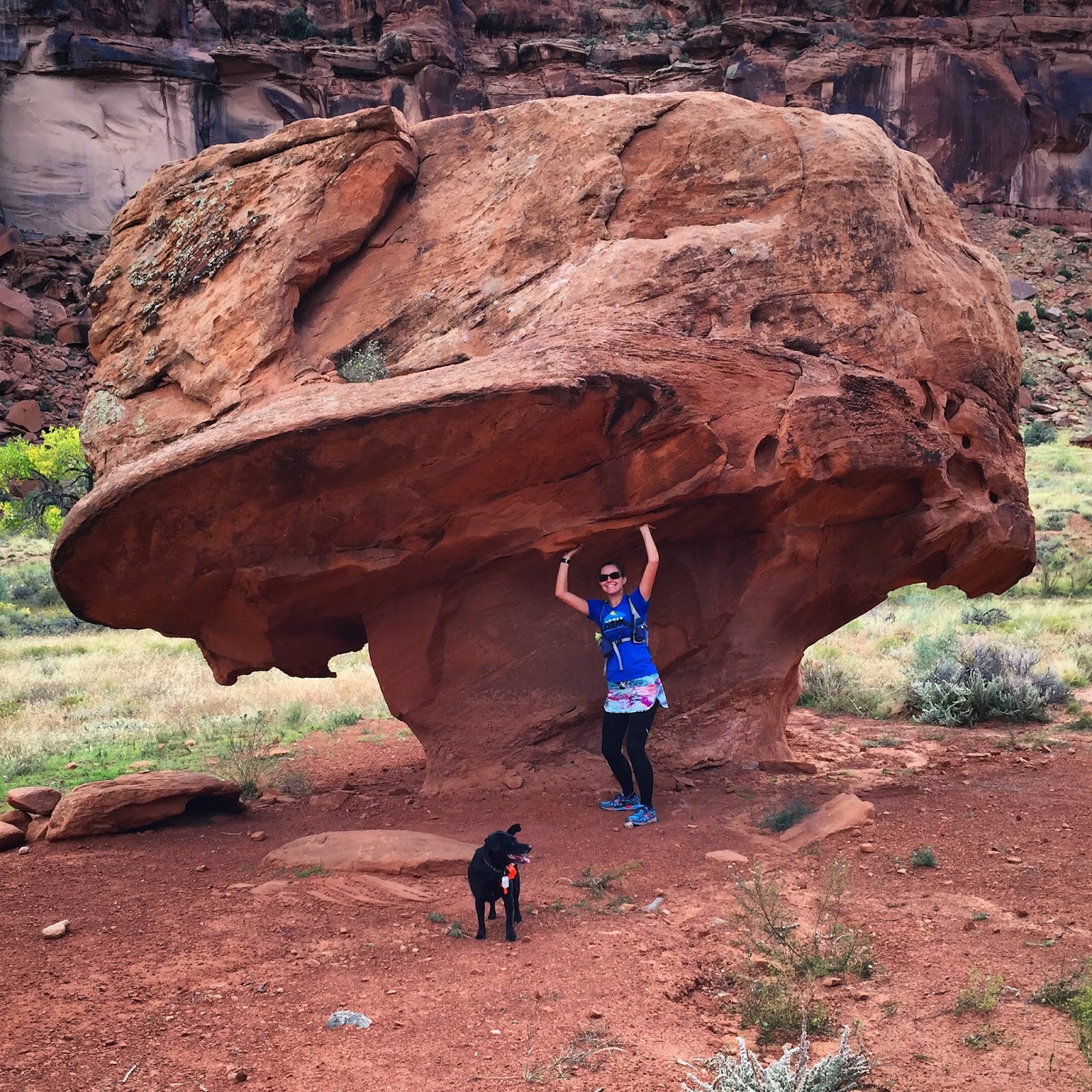 
Rattlesnake Arches, just west of Fruita, holds the highest concentration of natural arches outside of Arches National Park. So naturally, I really wanted to do it - especially with it being so close to home. The only downside is that it can be a very long hike, and it's a lot of up/down/up/down...but definitely worth it! It's a great hike to do in fall or spring, although despite it being almost November when we did this, it still got incredibly hot!

To sum it up briefly, Scott and I started just before sunrise. The route heads mostly west through and over several different canyons. There was one section on the trail that freaked me out a little - you have to walk over some steep slick rock that is literally on the side of a cliff. Scott helped me through that though (I don't like exposure) and we continued on. Finally after what felt like FOREVER we reached the first arch! We then spent some time going to all of the different arches before stopping at one for some lunch and then heading back.

Hike: Rattlesnake Arches
Location: Fruita, CO
Date: 10/25/14
Weather: Sunny and HOT
Distance: 15 Miles (there are shorter ways to do this hike, but they require either a high clearance, 4WD vehicle or floating the river.)
Elevation Gain: 3,297 Feet 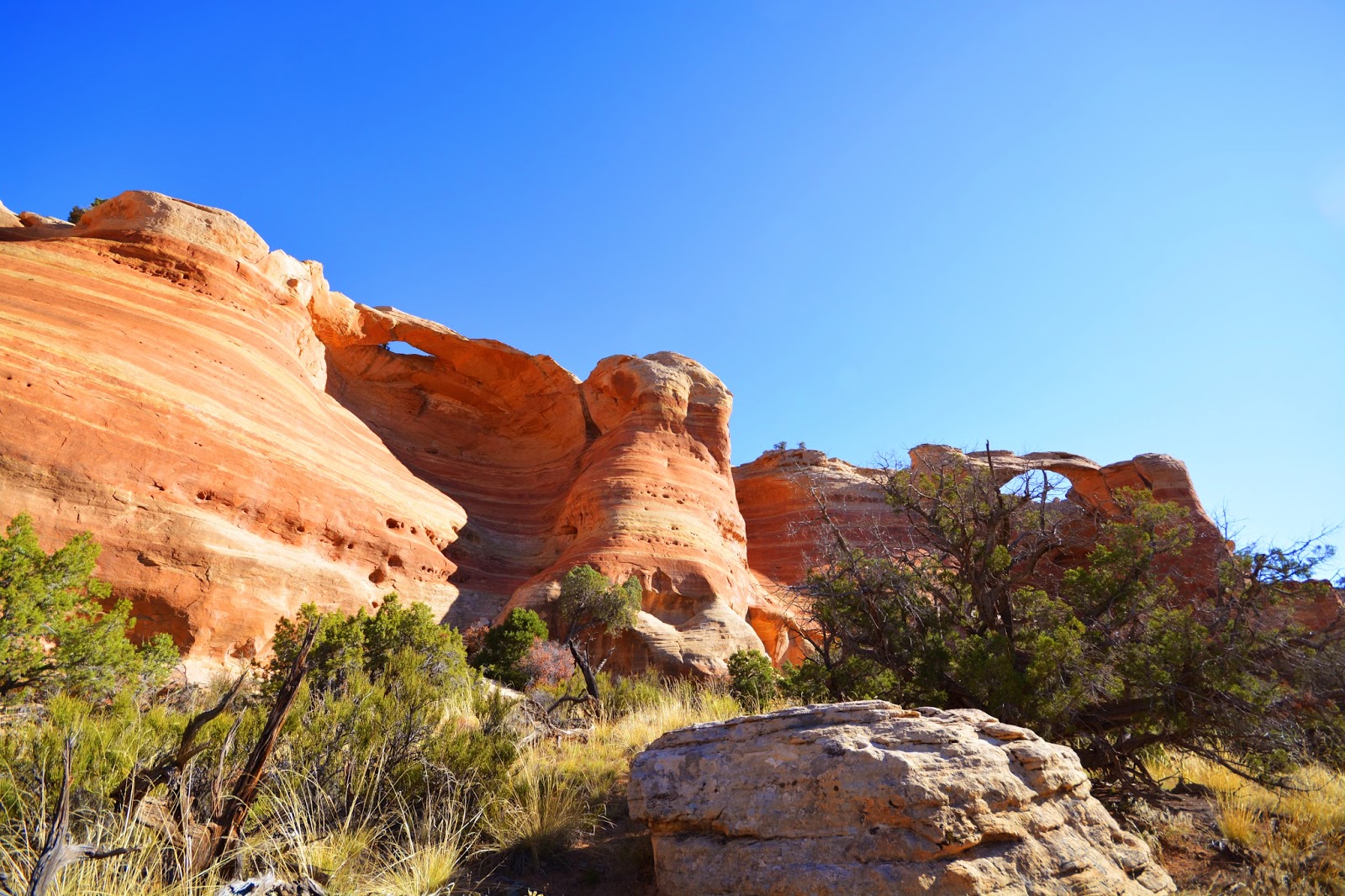 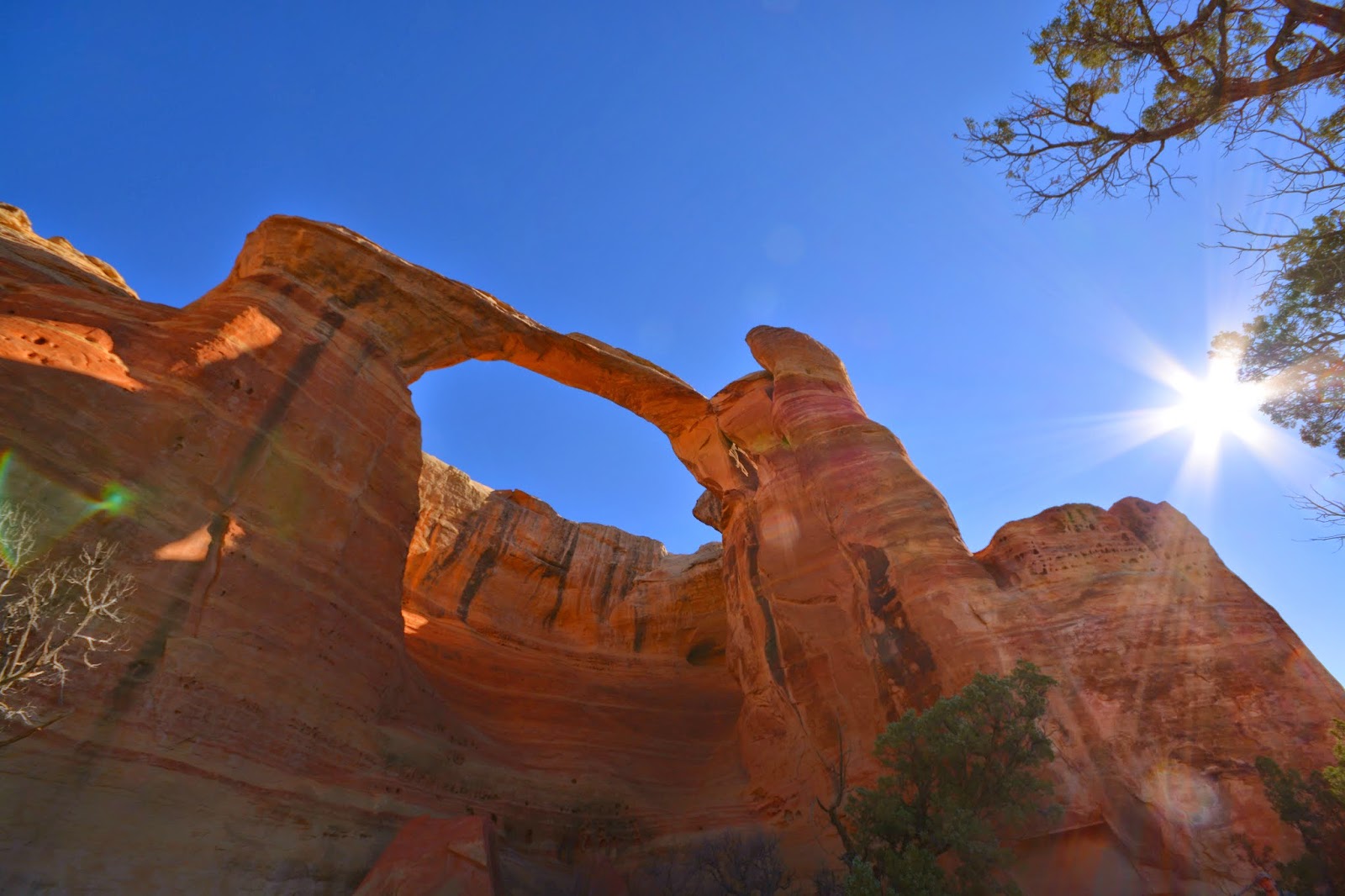 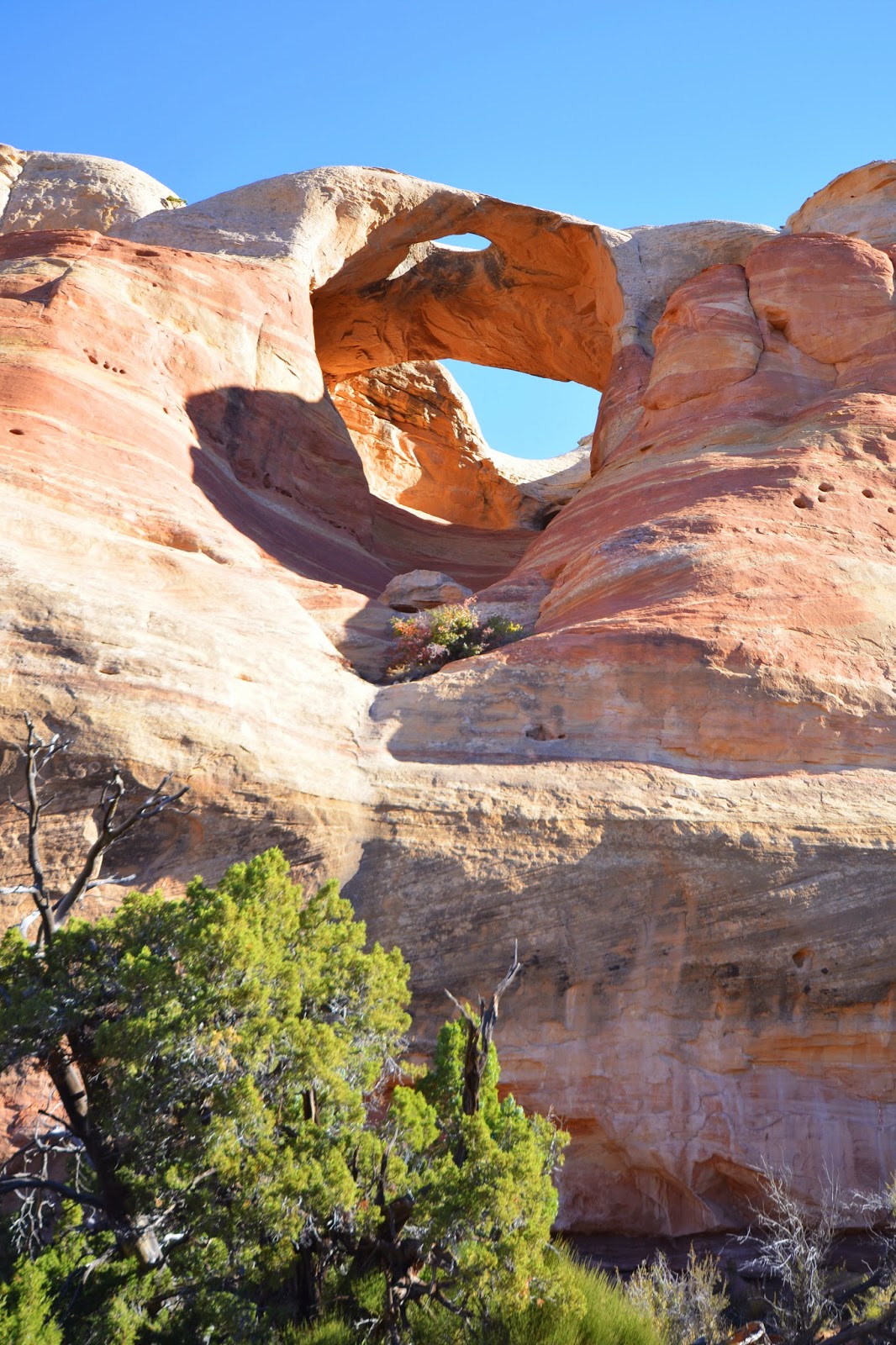 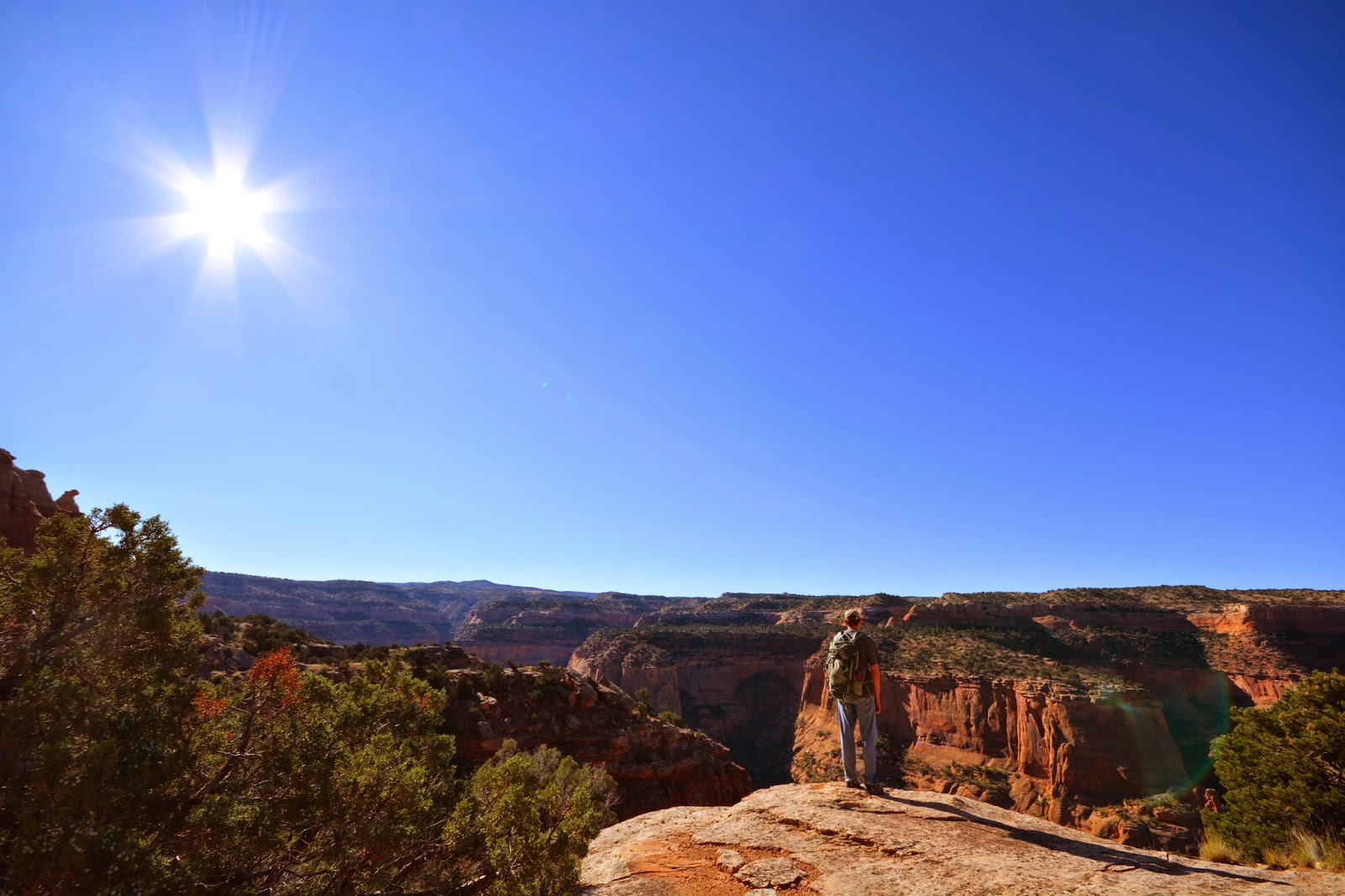 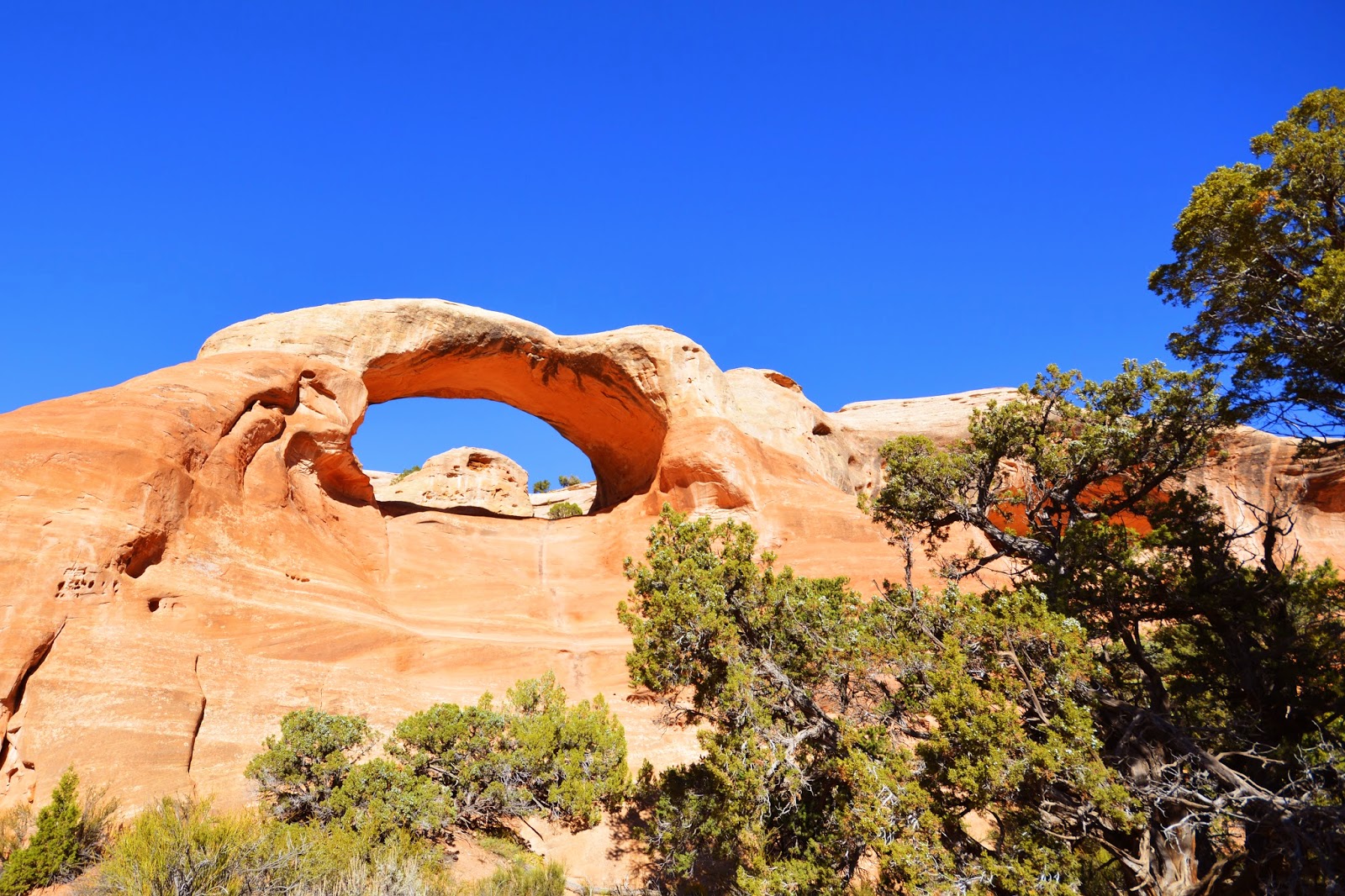 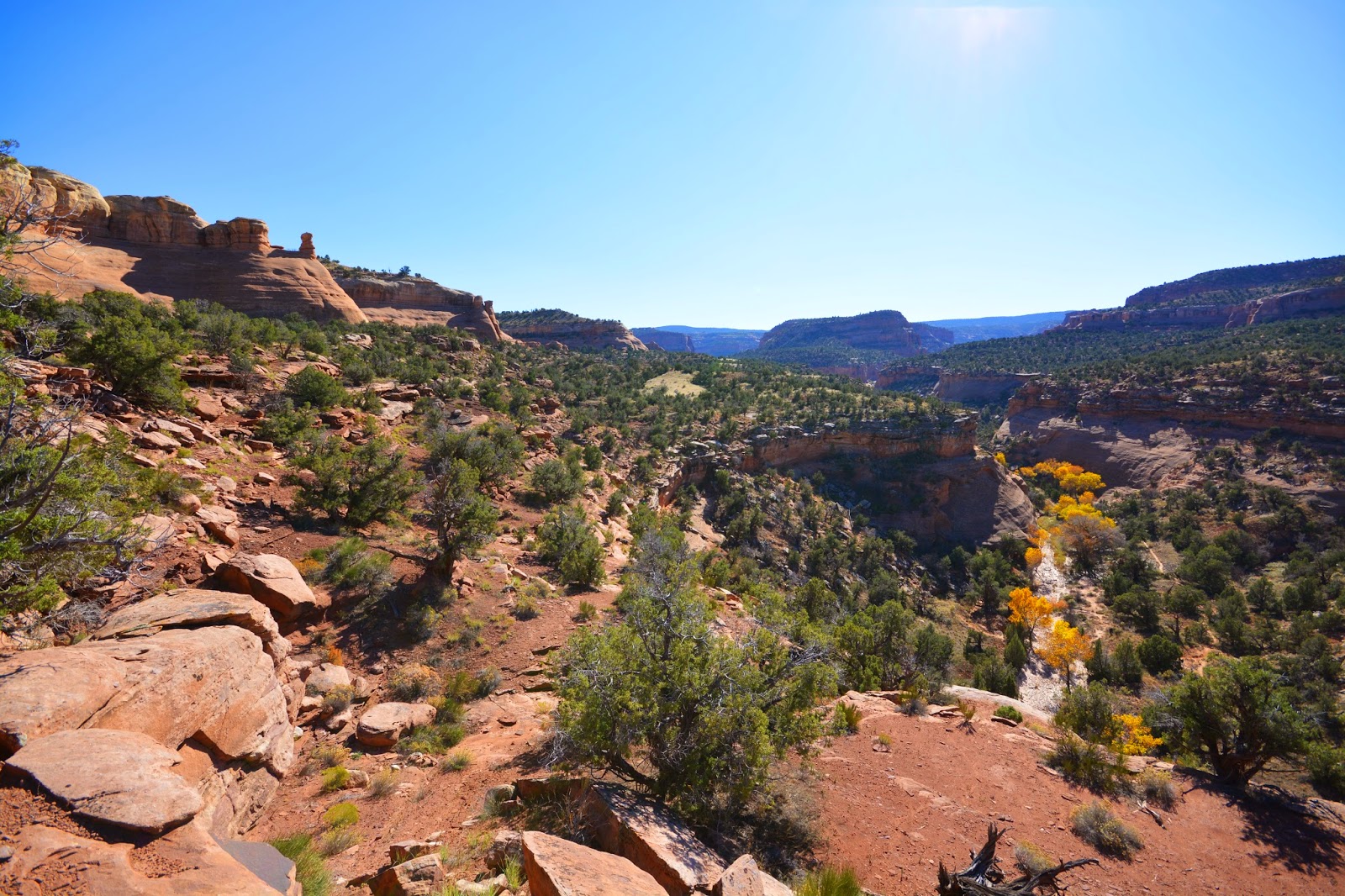 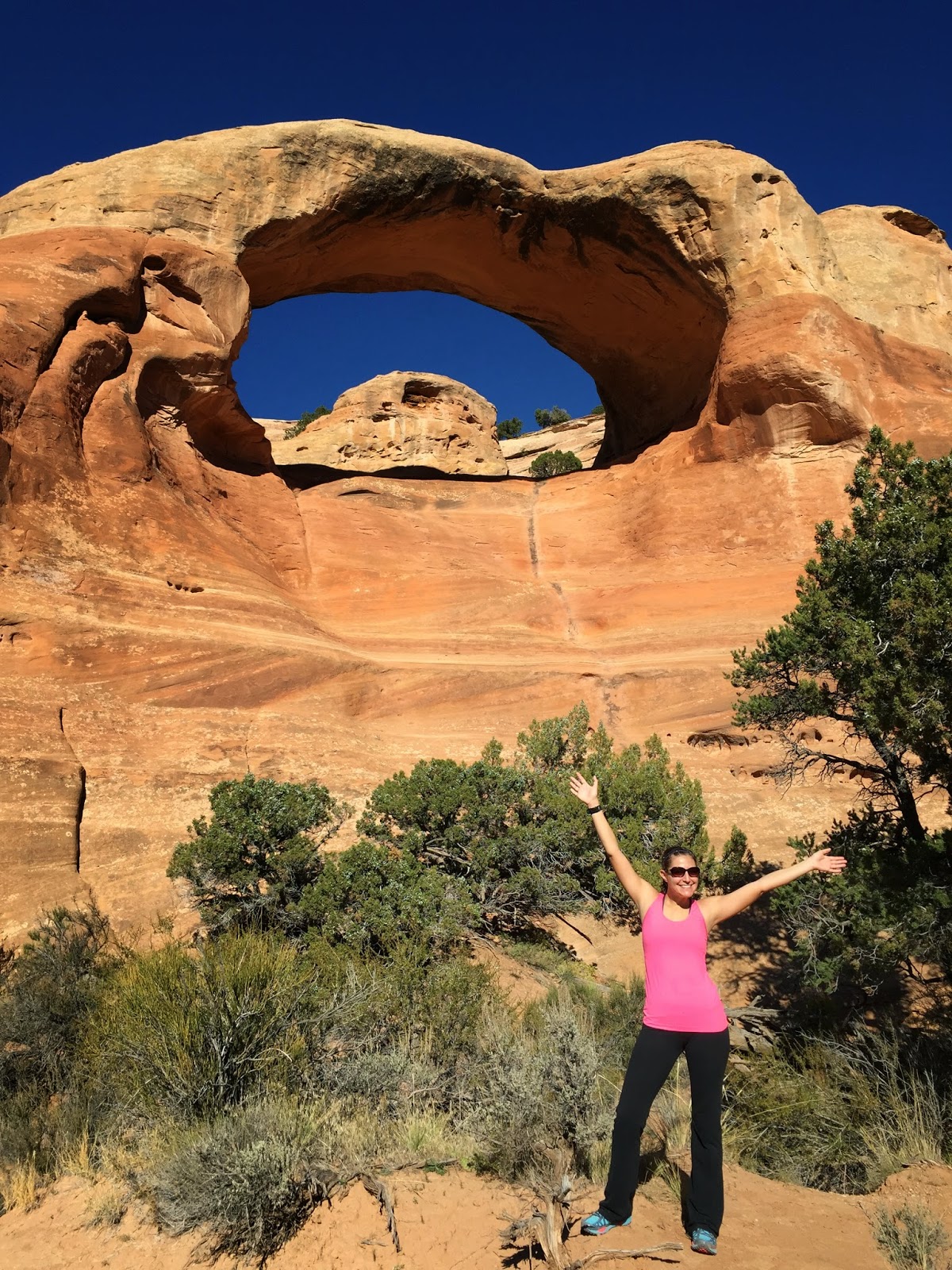 
The next day I went into the National Monument with my friends Taryn and Melissa. We hiked Serpent's Trail which is a 3.5 mile round trip out-and-back hike with about 700' of elevation gain, before driving through the monument and stopping at some of the various sights. I ran Serpent's Trail several times over the summer - it's really close to town and gives you some nice elevation gain.

Pictures from the hike:


Pictures from the drive through the National Monument: 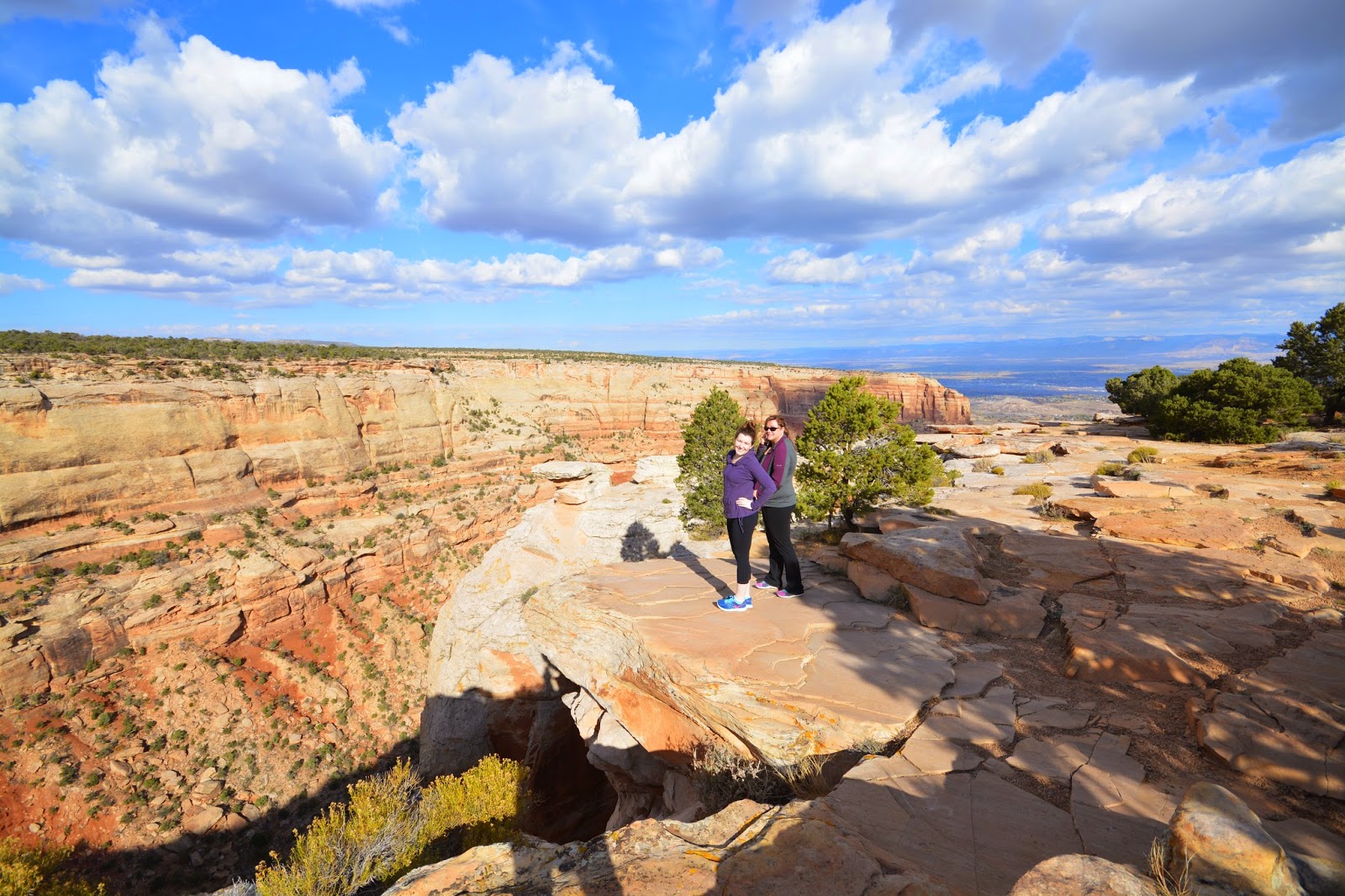 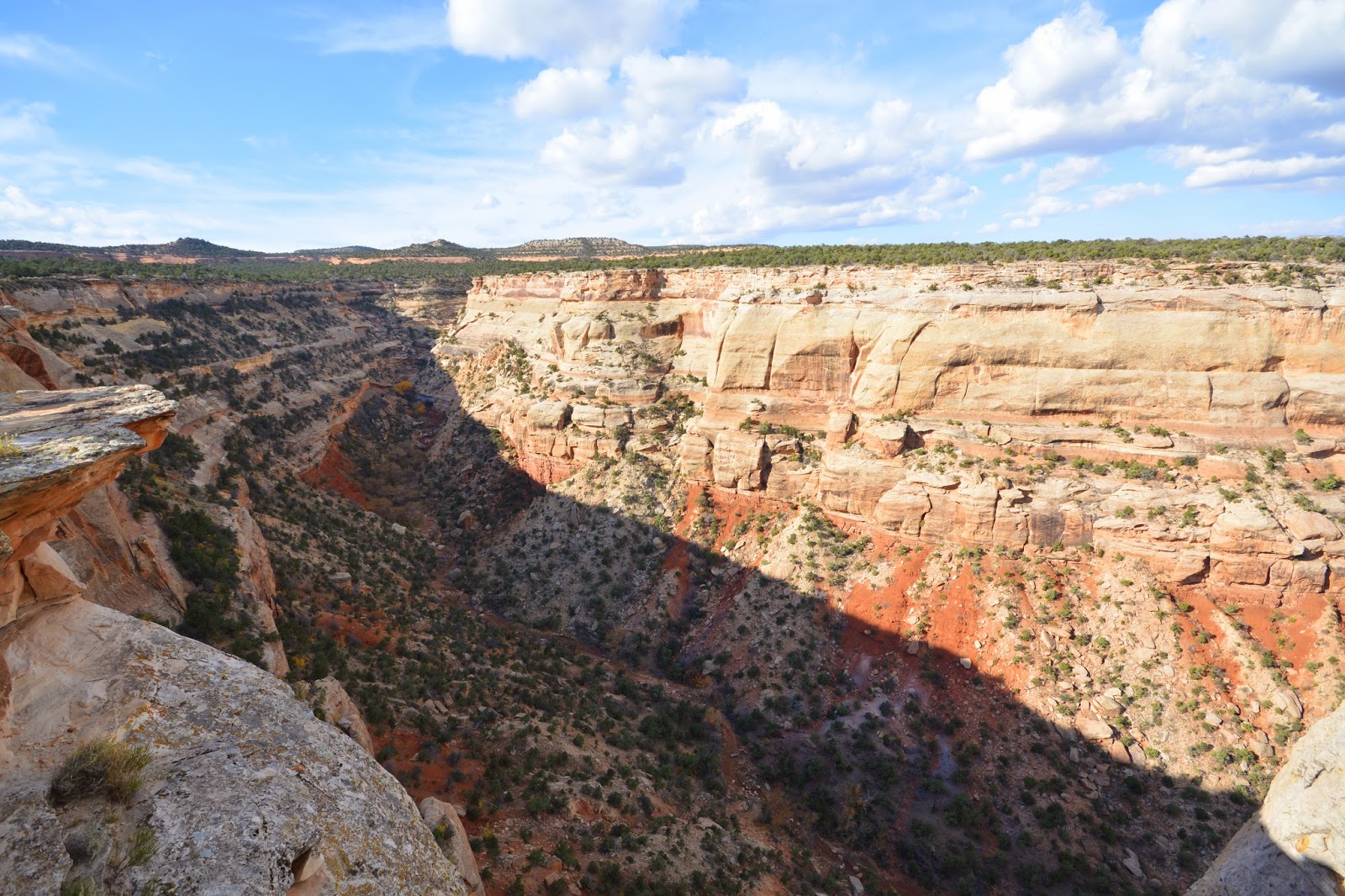 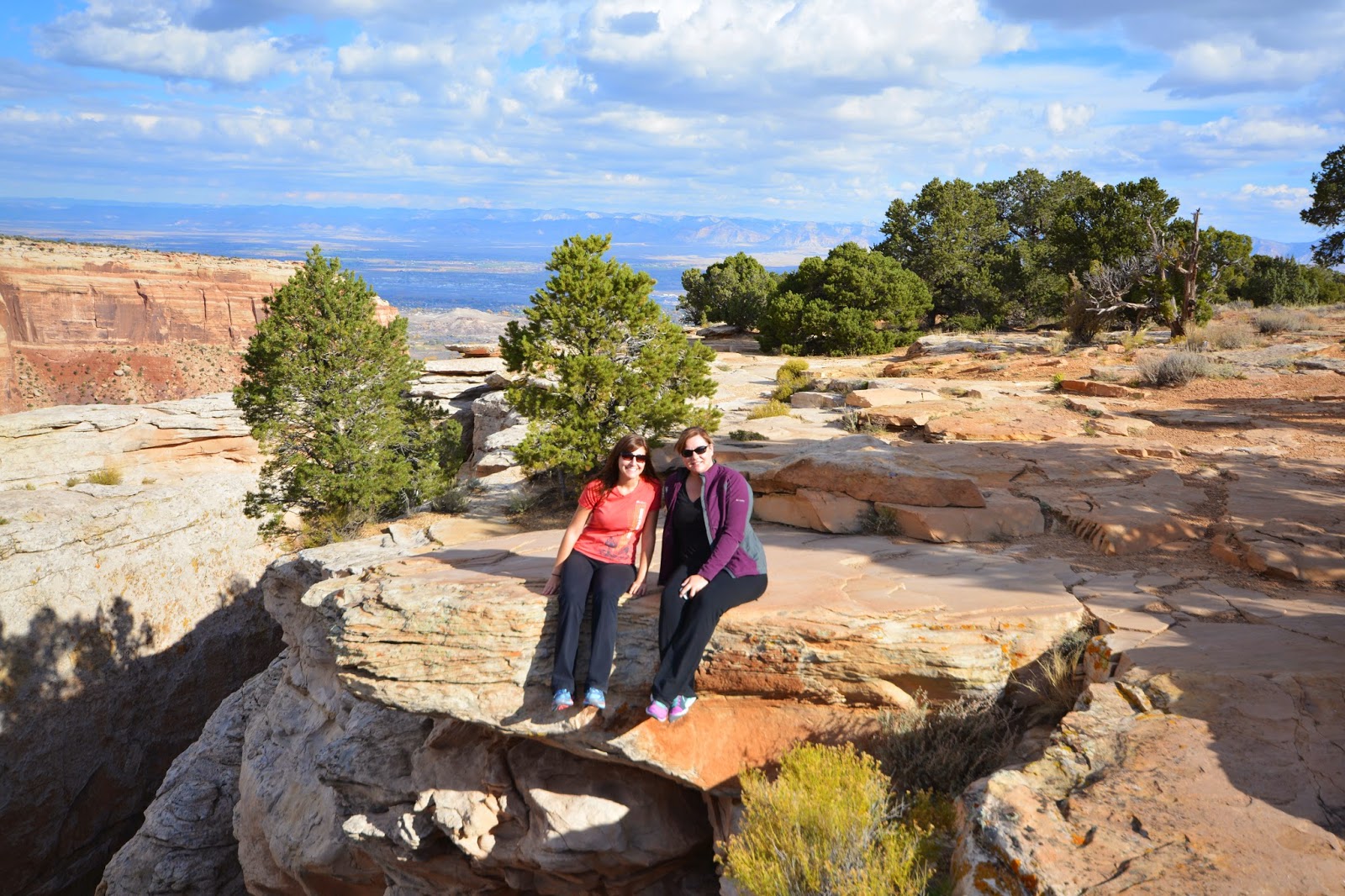 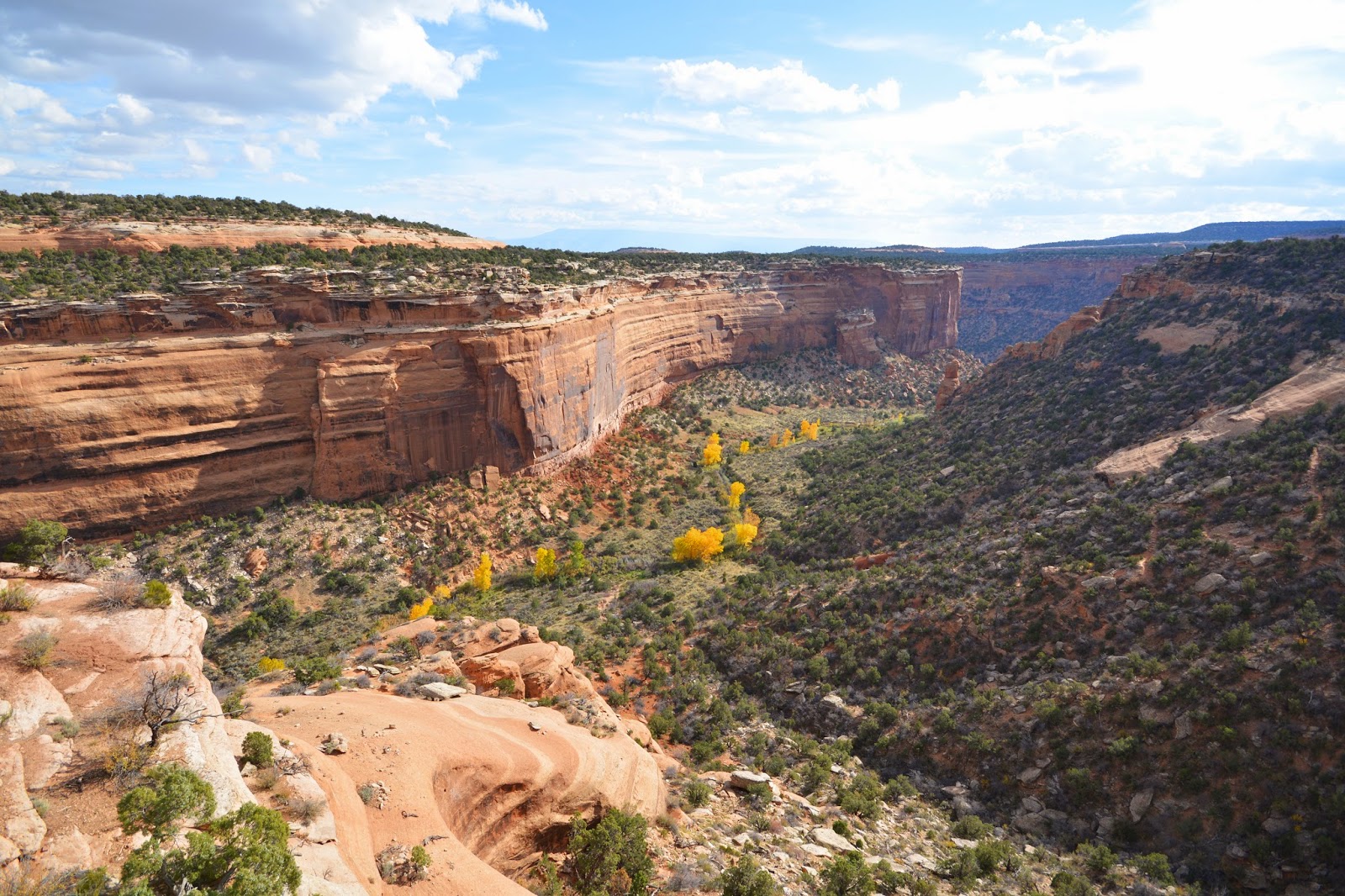 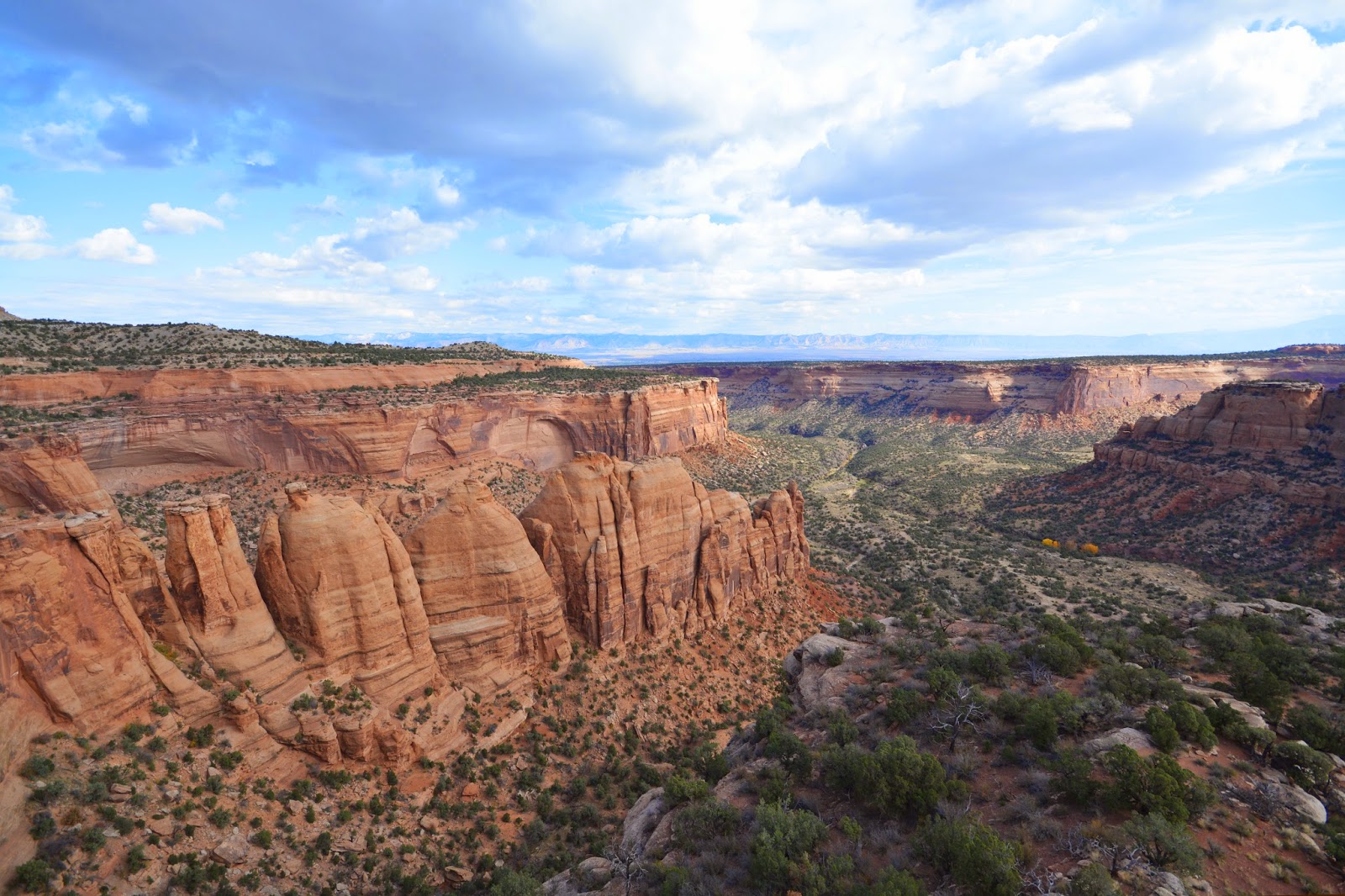 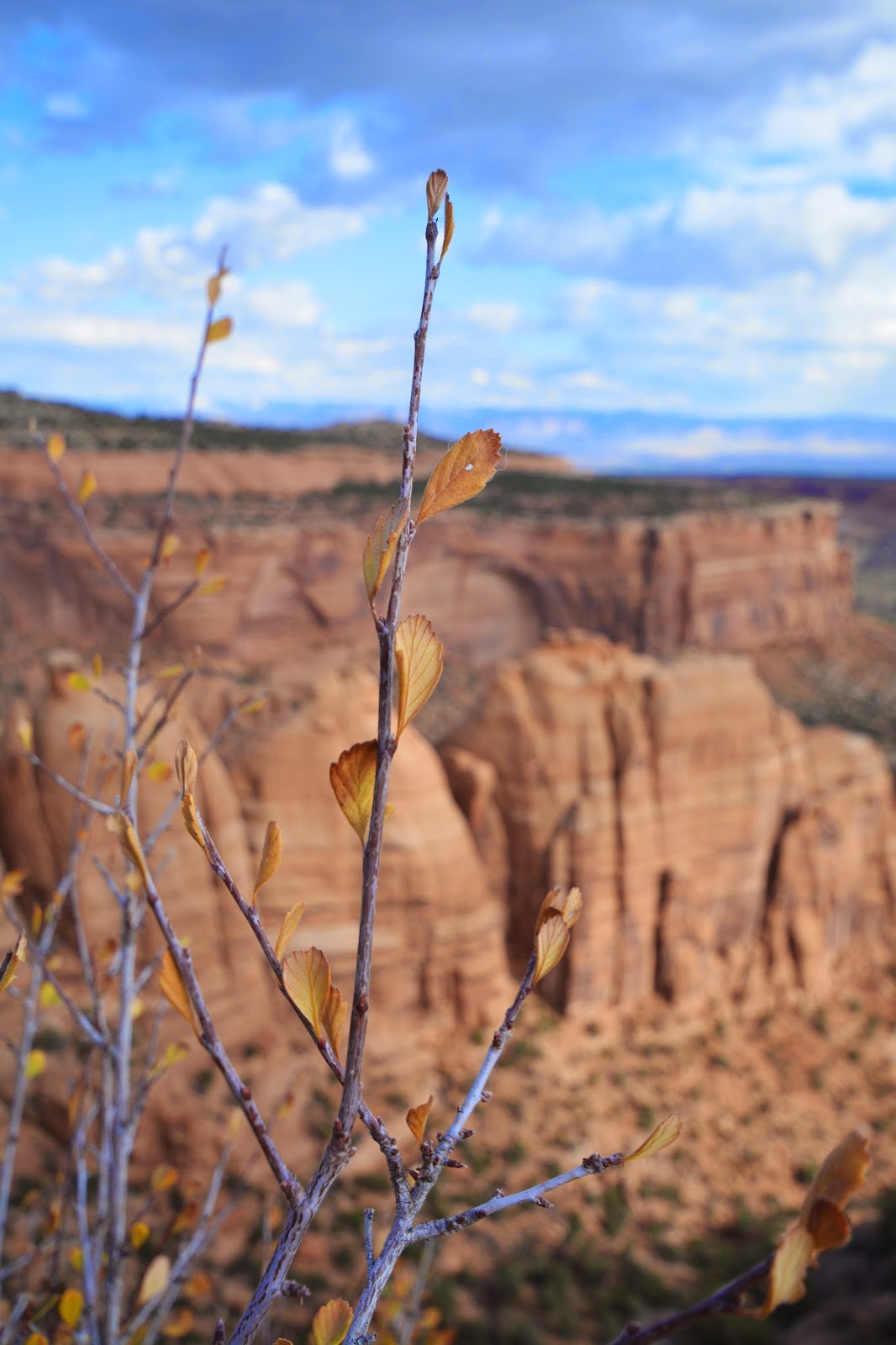 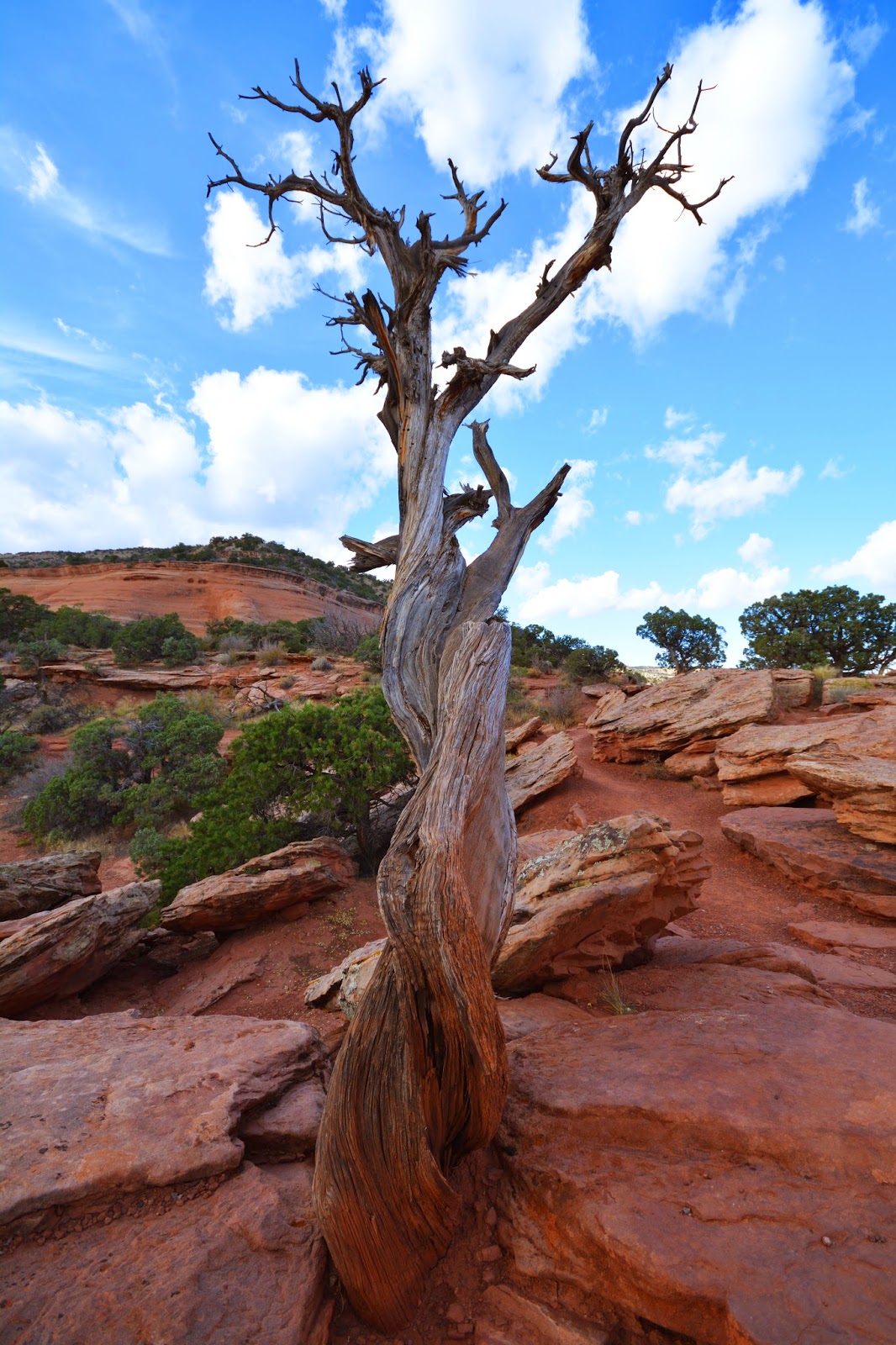 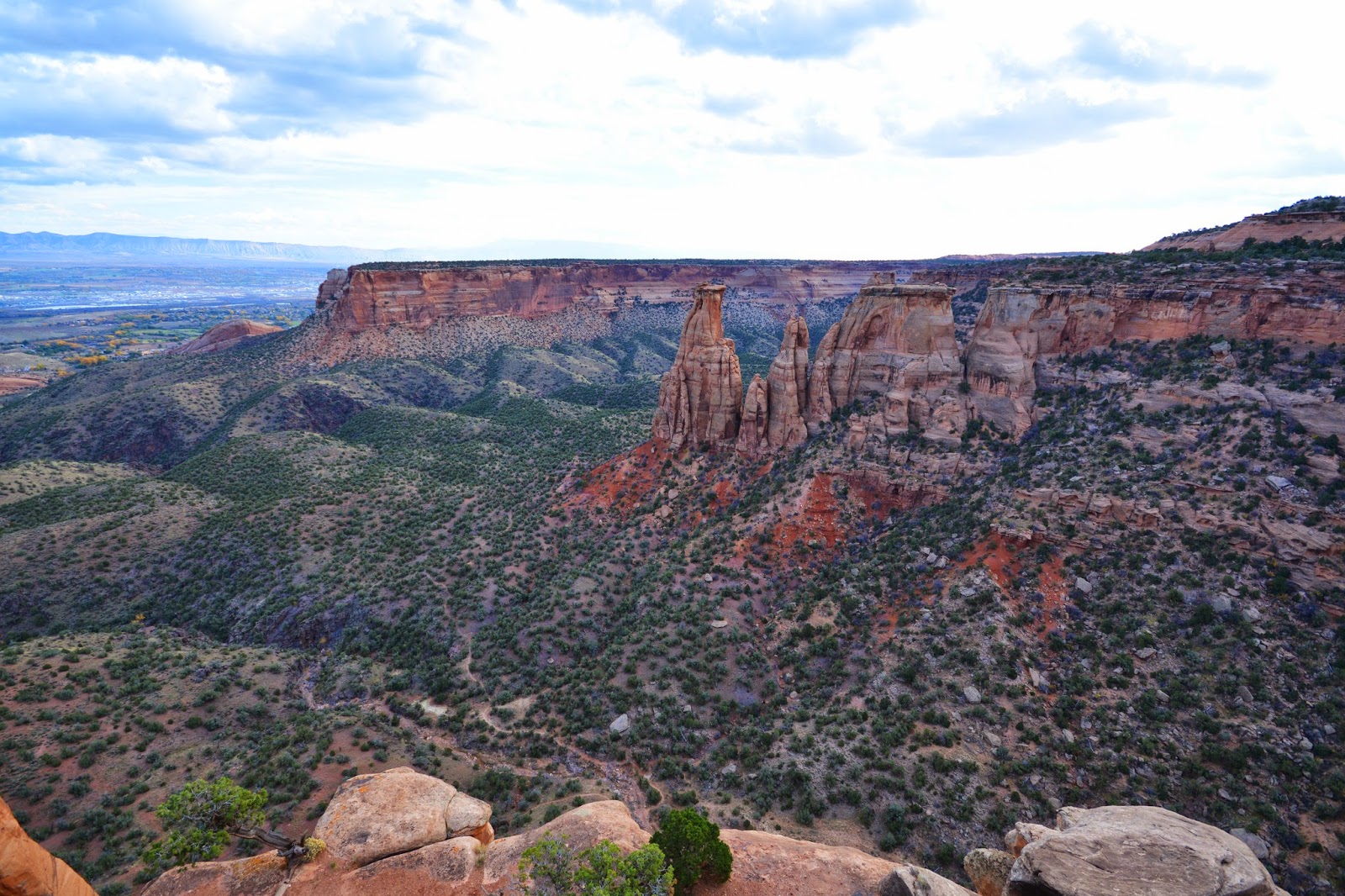 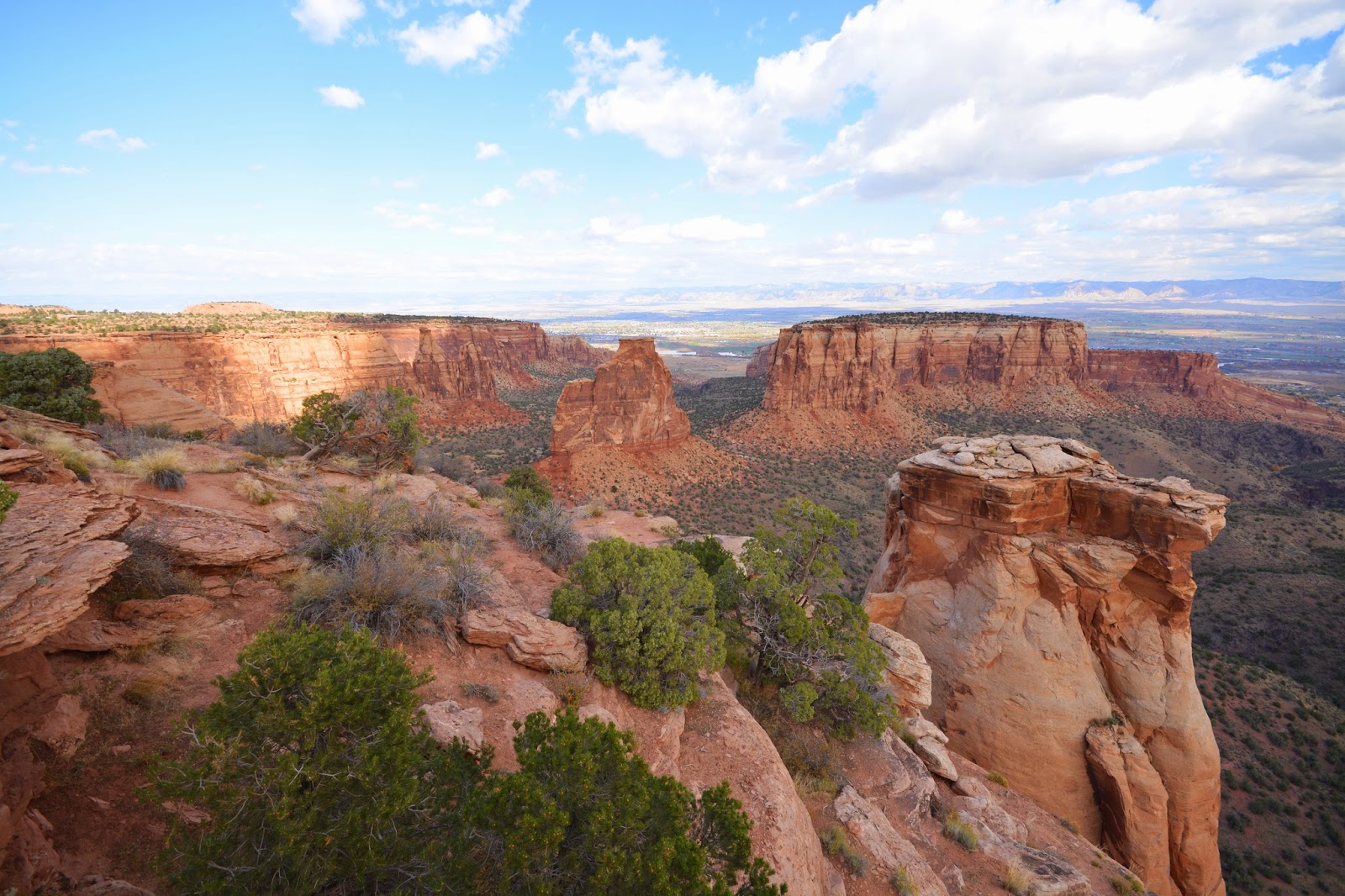 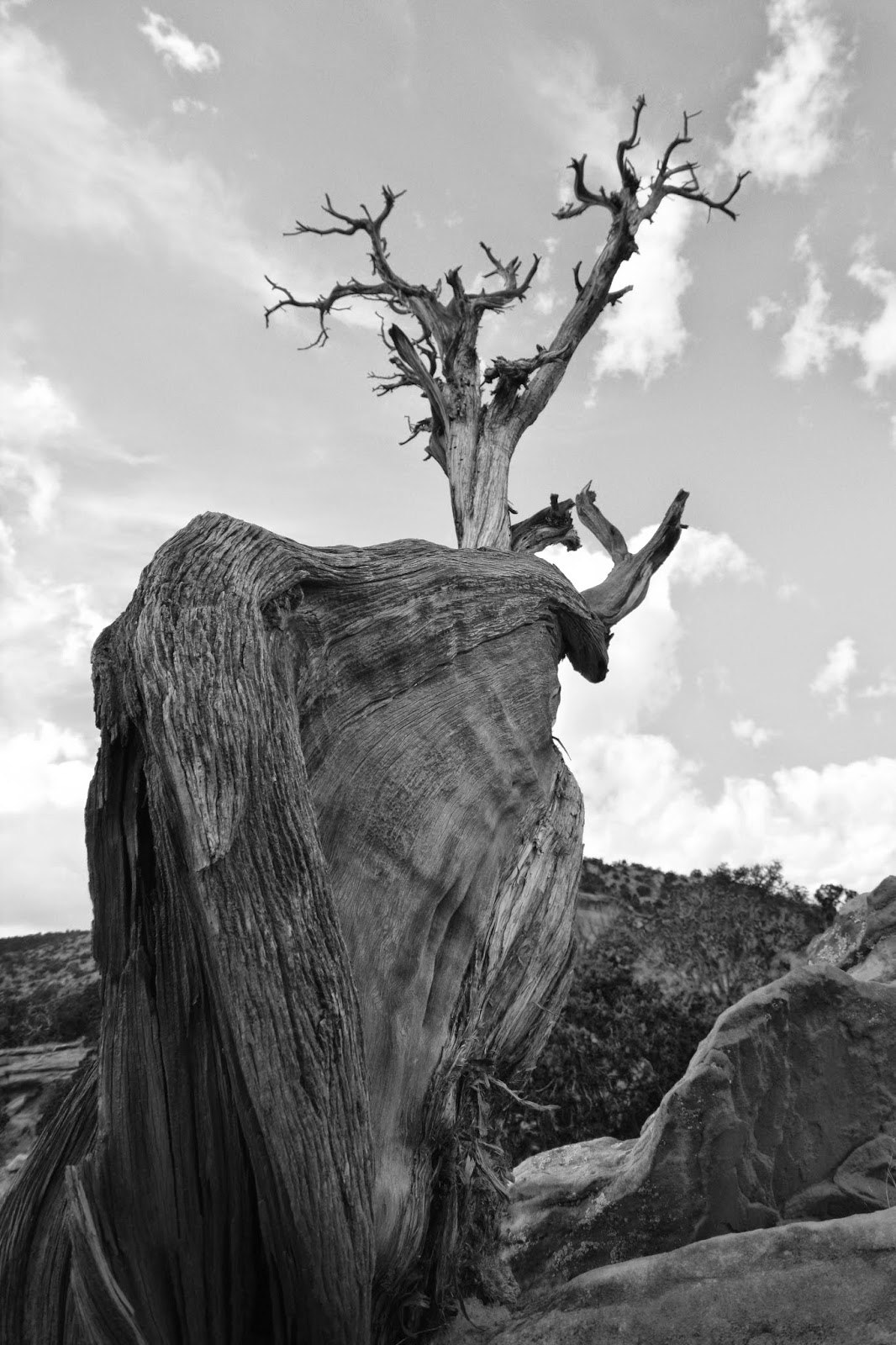 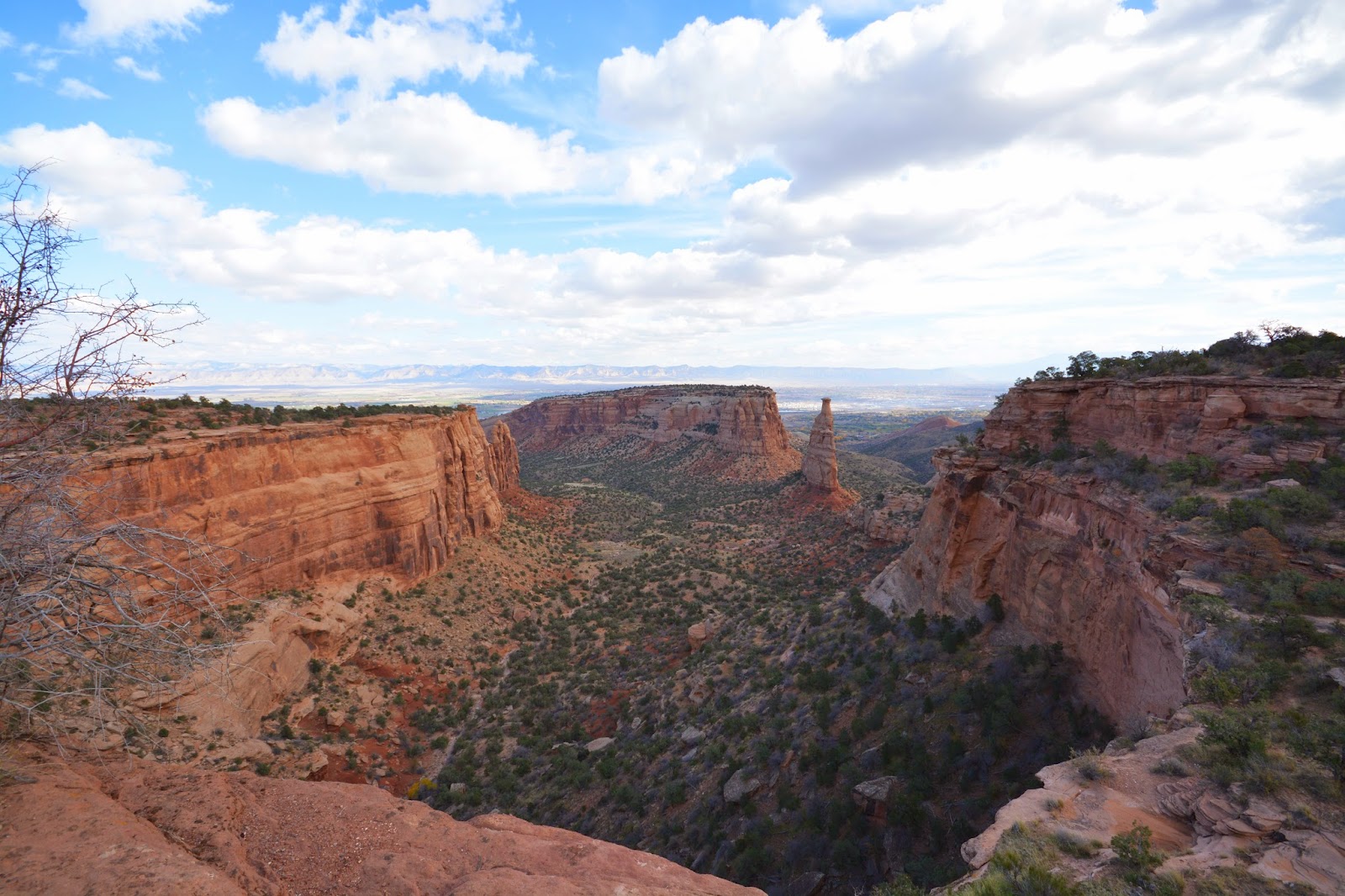 So there you have it. All of these hikes were within about a 20 minute drive from home, which is pretty cool! I am loving all of the trails close by and most of them are fairly accessible in the winter as well which is really nice!